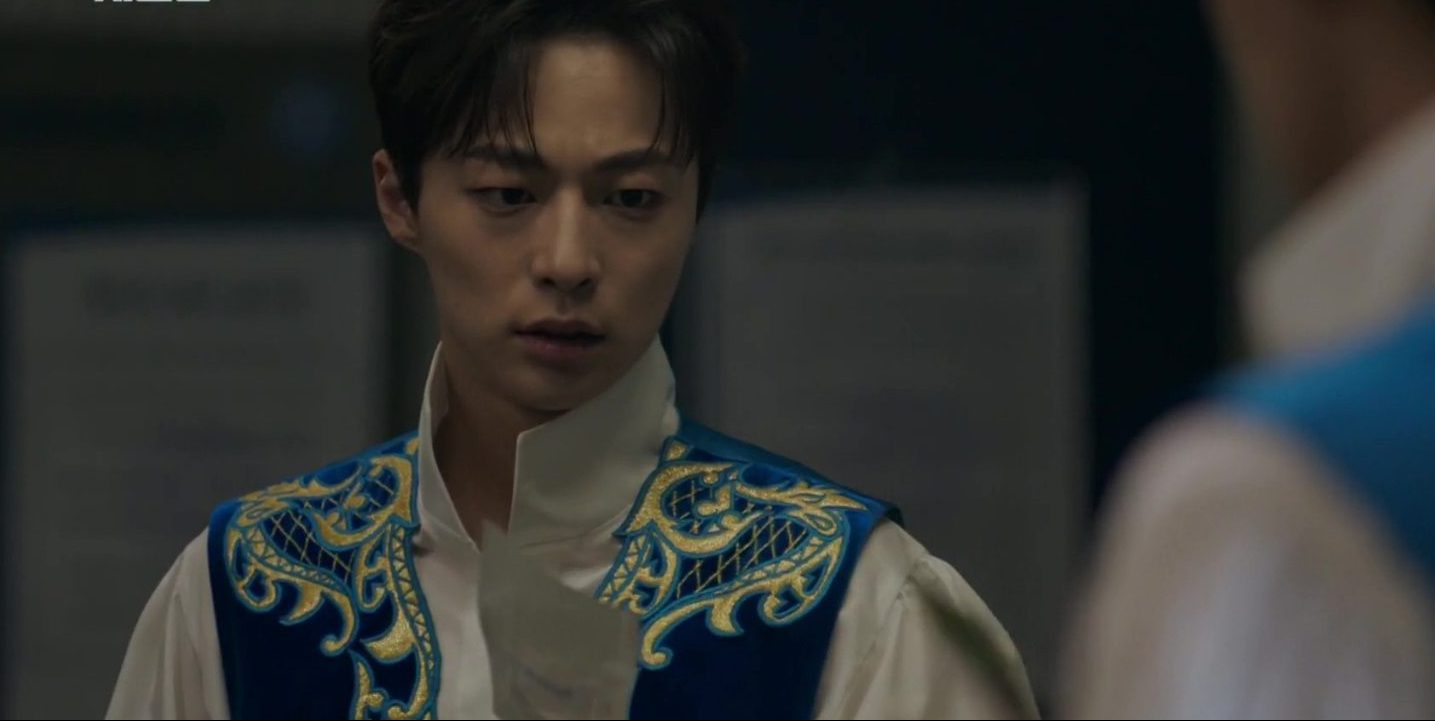 After practicing their good schedule for a month, anticipation is high. Unfortunately, the team learns that the show will be canceled on the day of its debut. Their dance tune will not be performed at the event due to a drunk driving scandal involving the song’s author.

Despite the disappointment, the Freshman Five changed their routine and picked a backup song. They intend to play as scheduled with fresh lyrics and renewed energy. Sun-Ja ripped a large hole beneath the arm while playing in Jung-uniform with Woo’s captains while they were getting everything ready. 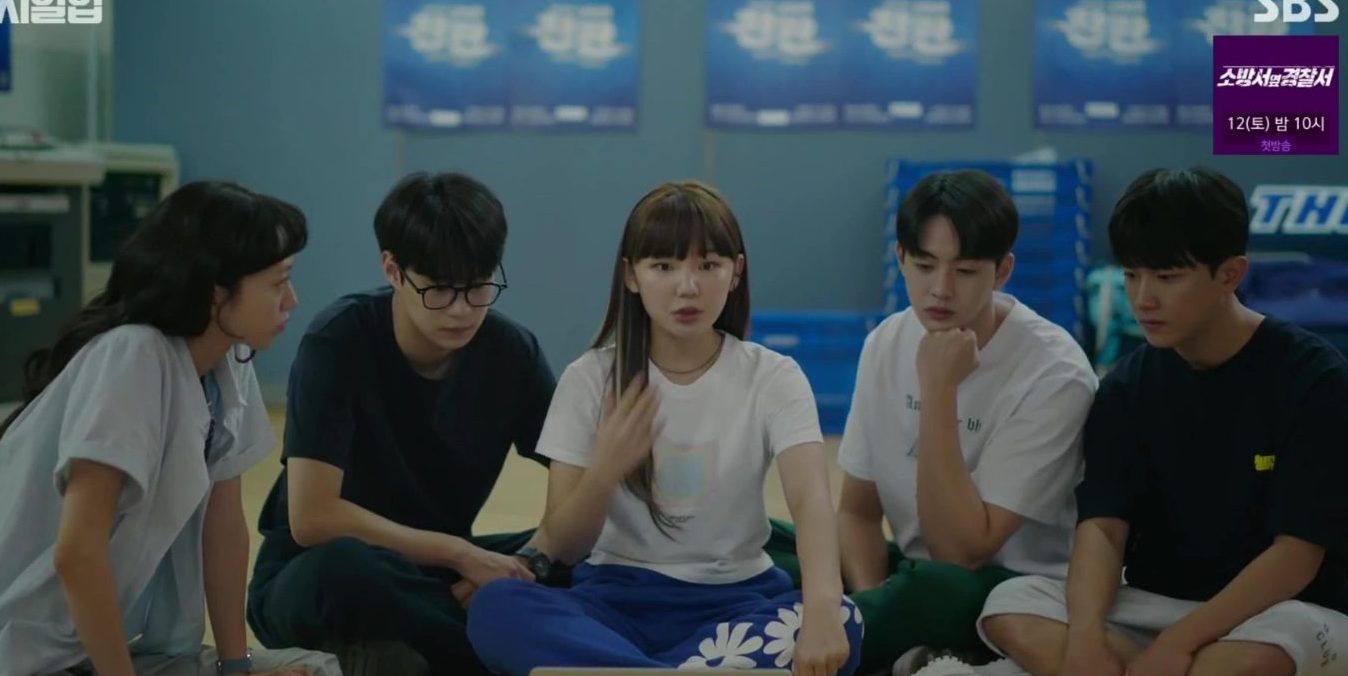 She panics and tries to fix the uniform before Jung-woo discovers its value, which is $5,000, or the equivalent of 5,000 snails, as Hae-Yi points out. However, due to her sloppy sewing, the jacket eventually tears again as Jung-woo dons it on stage. He makes a rock star gesture and throws the shredded coat into the crowd, leaving the newcomers unconcerned.

Yoo-min is working on the mysterious case as the first-year students buck up for the awaited performance. She discovers that a cheerleader is probably responsible for the threatening notes and the stage light that keeps going out.

She receives a text message instructing her to meet at the university’s observatory at 4 pm. In the end, Jung-woo chooses to join Yoo-min if there is any trouble, despite having stated in the beginning that he would be on the watch for anyone departing at 4. 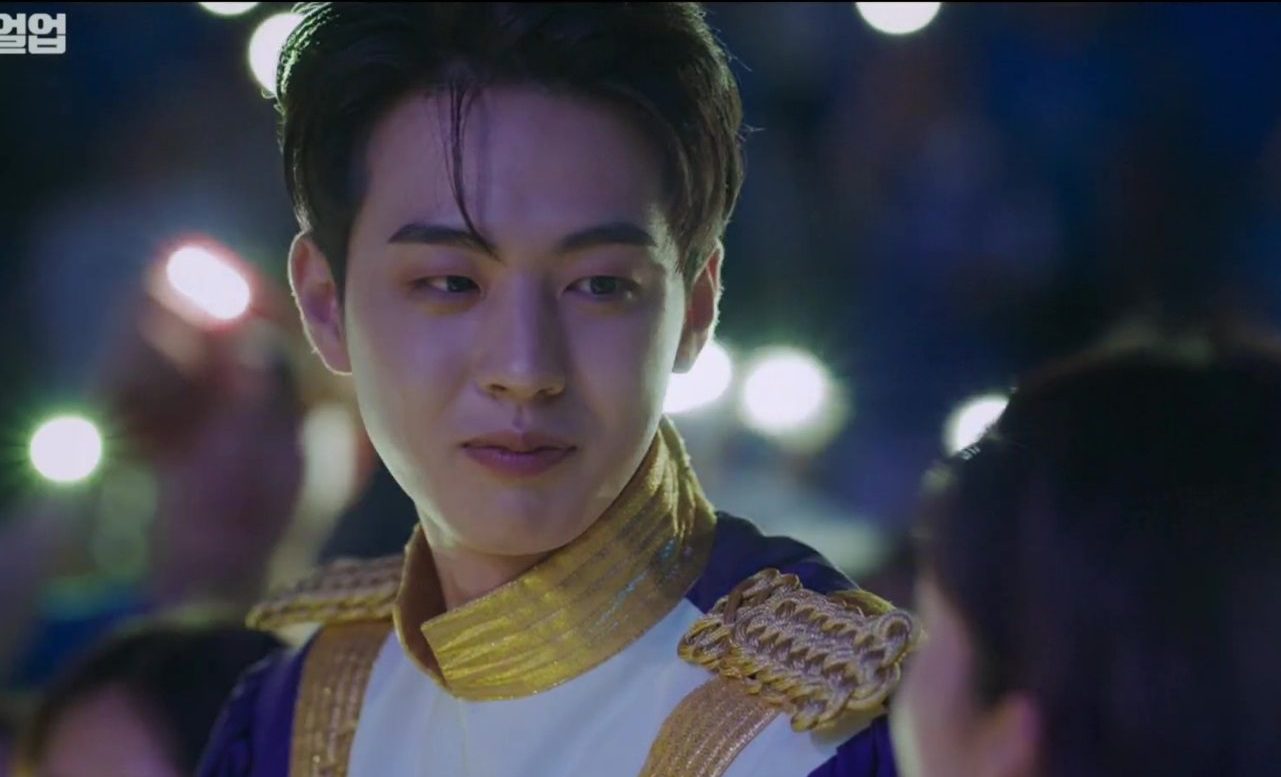 A still from the recent episodes of Cheer Up.

A man approaches Yoo-min and Jung-woo while waiting in front of the telescope and hands them a letter asking, “What may Hae-Yi be doing now?” He claims to be acting on behalf of the texter. Jung-woo and Yoo-min become aware that they are being led away from the group and not to a meeting.

To find Hae-Yi, they both ran. Hae-Yi is in that moment with her ex, a band member, and she requests that he change the performance music so that the team can dance to it. When Jung-woo eventually finds her, she cannot explain what she is doing because the first-year students have yet to inform the captains of their plot to save the day.

Instead of expressing concern, Jung-woo states that he is dissatisfied with Hae-lack’s leadership on the team. Why does she abandon me and ignore my phone calls? Even though Hae-Yi is actively attempting to accept responsibility, she stays silent. 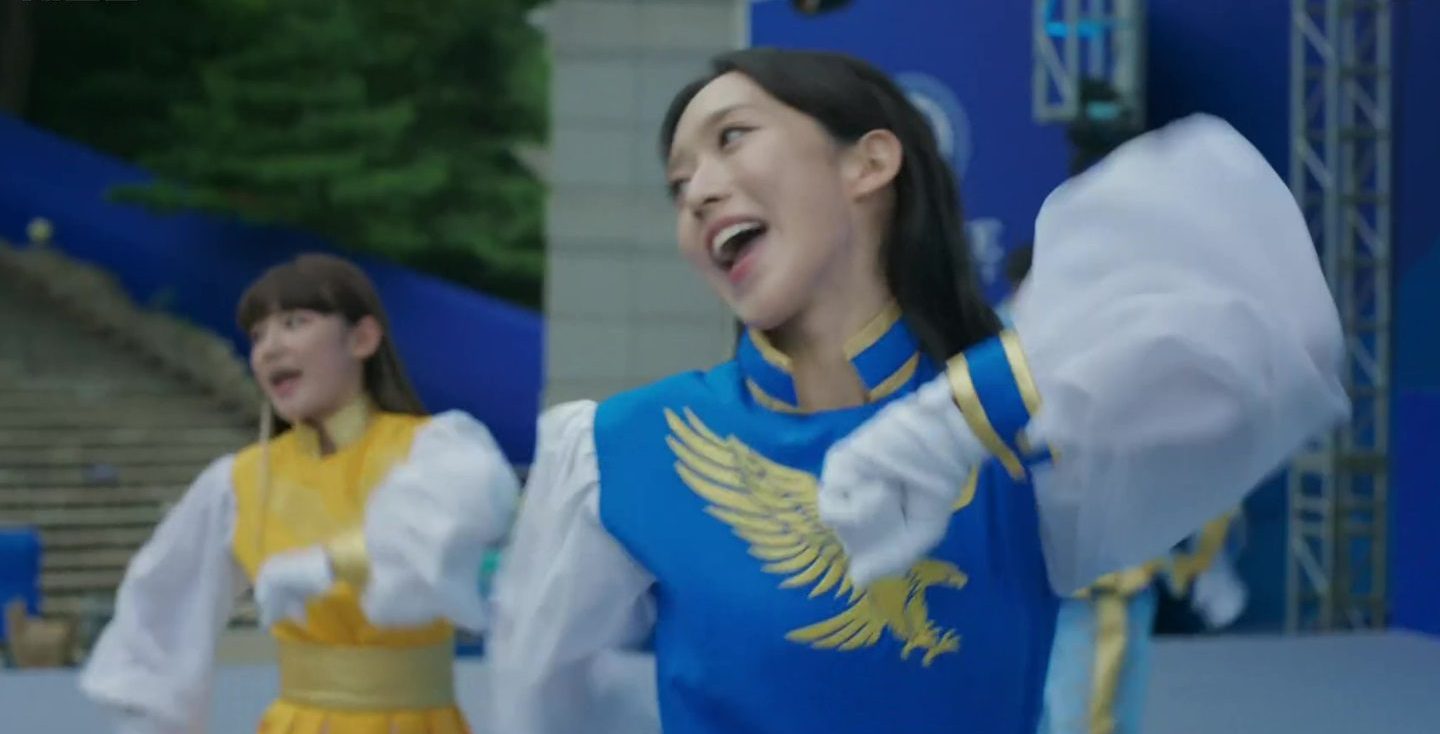 The performance from Cheer Up.

After the squad completes their performance, they celebrate their triumph and join the spectators in the stadium. Sun-ho makes an official confession to Hae-Yi, while Min-Jae feels for Sun-Ja. For the first time, he expresses his feelings for someone instead of just asking them out.

Although he admits it’s unsettling, he is willing to accept his first lost love. Although Jung-mother Woo is eventually introduced to us in this episode, little else about his past is also revealed. When his mother shows up at the university, she is upset to hear that he is a cheer squad member and even the captain.

Although she initially says she’s leaving, it turns out that she stays to watch Jung-woo sing. “The apple doesn’t fall very far from its tree,” she mutters, hinting at why she is so enraged by his cheering. On Hae-Yi’s special day, Chun-yang and Jae-Yi travel to Yonhee to show their support. 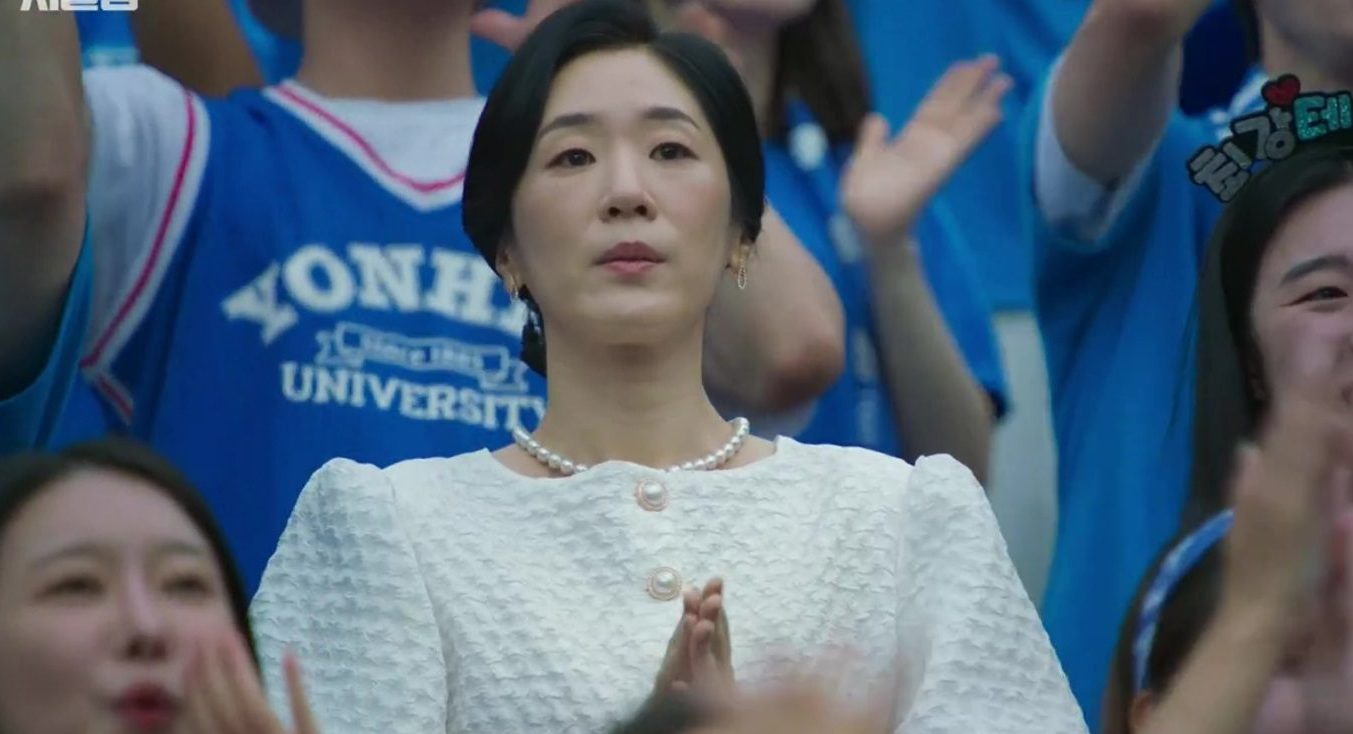 A still from the recent episodes of Cheer up.

Mom and brother are also present. To watch Sun-ho perform, Jin-hee travels alone and is equally proud. When they see their children performing, both mothers start crying.

Cheer Up Episode 12: How To Watch

Cheer-up episode 12 will be available for streaming with Viu app at the time and date listed above. Fans must cross-check the time and dates we mention to watch the show when it airs in their nation.