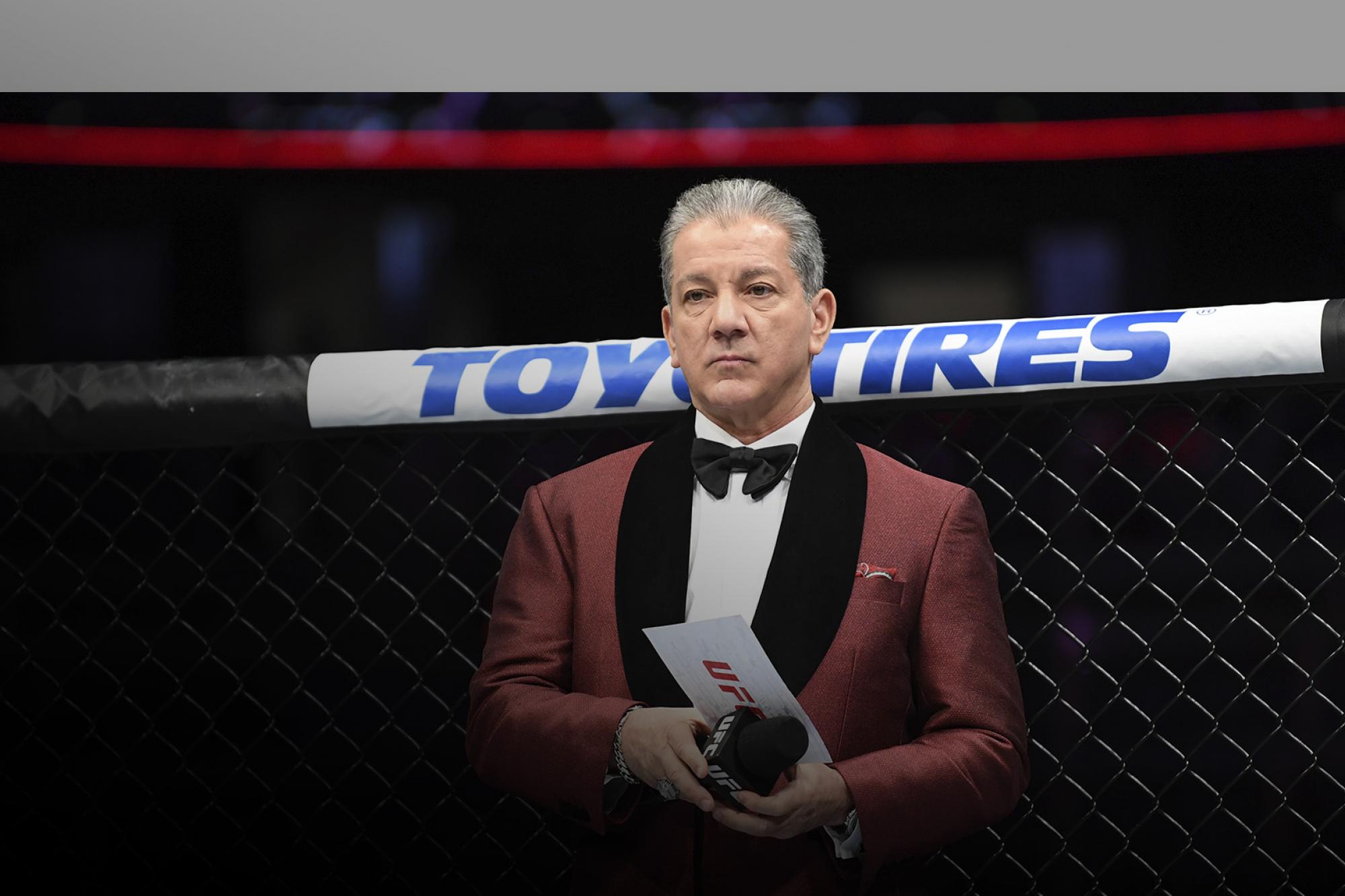 Bruce Anthony Buffer, more popularly known as Bruce Buffer is an American professional Ultimate Fighting Championship (UFC) announcer, actor, and presenter. He is often presented on broadcasts as the “Veteran Voice of Octagon”. Let us further dive into the article and know more about him and his net worth.

Bruce was born on 21st May 1957 in New Jersey, US. He was born to Joe Buffer and Connie Buffer. At the age of 13 when his family was residing in Philadelphia, he was introduced to martial arts for the first time. He started learning Judo and accomplished the level of green belt in it. His family moved to California when he was just 15 years old. He made two friends there who were former students of Chuck Norris. They taught him Tang Soo Do and he attained black belt in it. Later on, in his twenties, he began kickboxing but had to give up the sport when he was 32, as he suffered his second concussion. 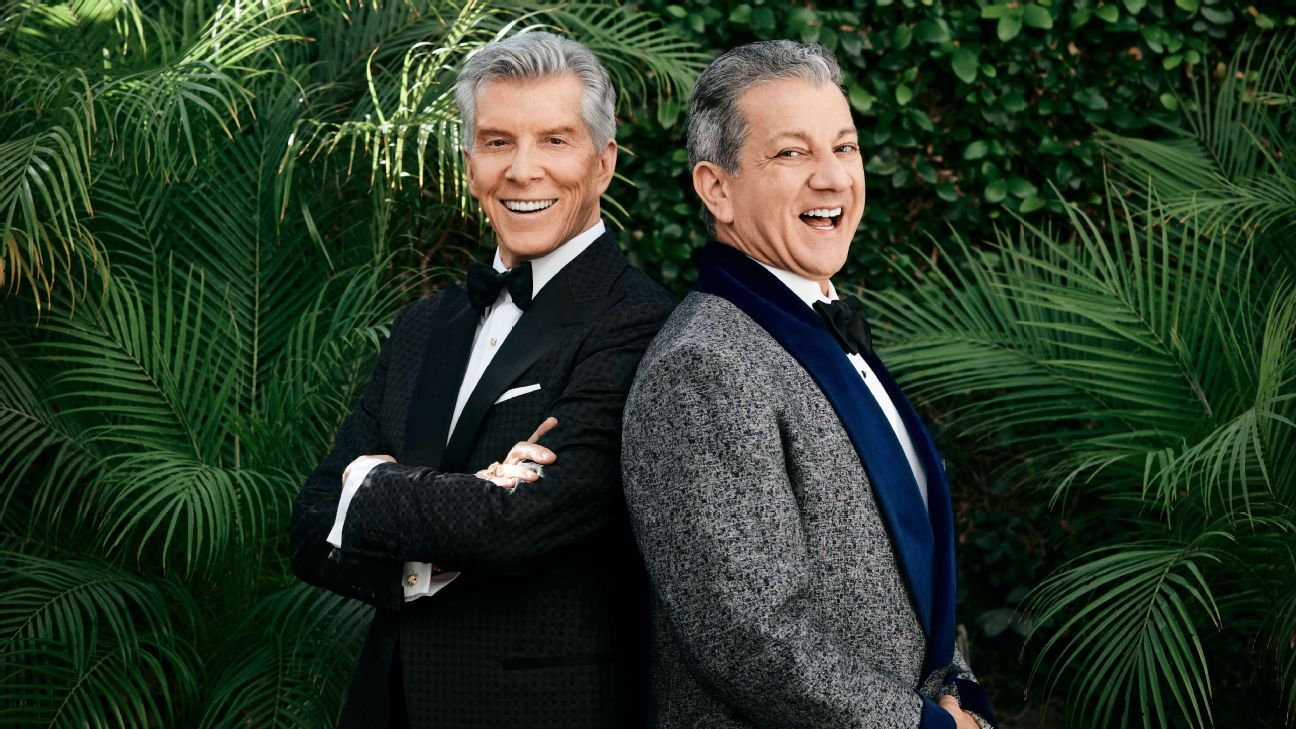 A picture of Bruce Buffer with his half-brother Michael Buffer.

In 1989, Bruce learnt about his half-brother Michael Buffer who is also an announcer for boxing and professional wrestling matches. He got to know about him when his father got in touch with Michael after seeing him on TV. During the mid-1990s Michael presented his stepbrother Bruce as his manager.

Bruce Buffer started as a UFC announcer in 1996 and is working as an announcer till present. He is more popularly known for his Octagon announcing at UFC events and is addressed as the “Veteran Voice of the Octagon”. He is also known for his famous catchphrase “It’s Time!”. Besides UFC, he has also announced various MMA promotions at an international level. He is also an announcer for the biannually held ADCC (Abu Dhabi Combat Club) submission wrestling world championship. Leaving wrestling aside, he is the official announcer of the World Series of Beer Pong too. 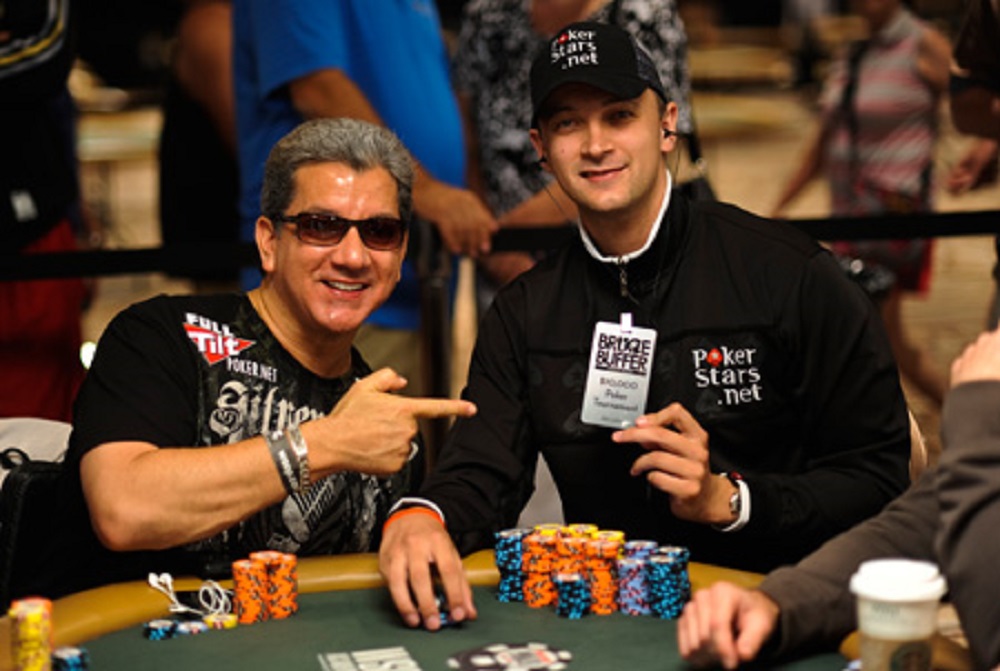 A picture of Bruce Buffer with Michael Skender clicked at the 2011 World Series of Poker on Day 4.

Buffer has made guest appearances on various TV shows also like ‘Friends’, ‘Entourage’, and many others. He also starred in the 2015 movie, ‘Hot Tub Time Machine 2’ and 2018 film, ‘Holmes & Watson’. Apart from announcing Buffer plays poker on a professional level and is world-rated. He has even appeared on many famous games to display his poker skills like ESPN’s World Series of Poker Main Event, World Poker Tour, and many more. He also came on the Poker Pro Vs MMA poker match on NBC’s Season 6 of Poker After Dark. The Luxor Las Vegas has even named a poker room after his name.

A still of Bruce Buffer from the 2018 mystery comedy film ‘Holmes & Watson’.

Bruce Buffer’s net worth is approximately estimated to be around $10 million. His main source of income is as an announcer. He earns around $50,000 per fight and around $100,000 from special events. He even earns from the guest appearances he makes in TV shows and movies. Currently, we do not have much information available about his cars or the cost of his house. We will update you guys as soon as we get any details or statistics.