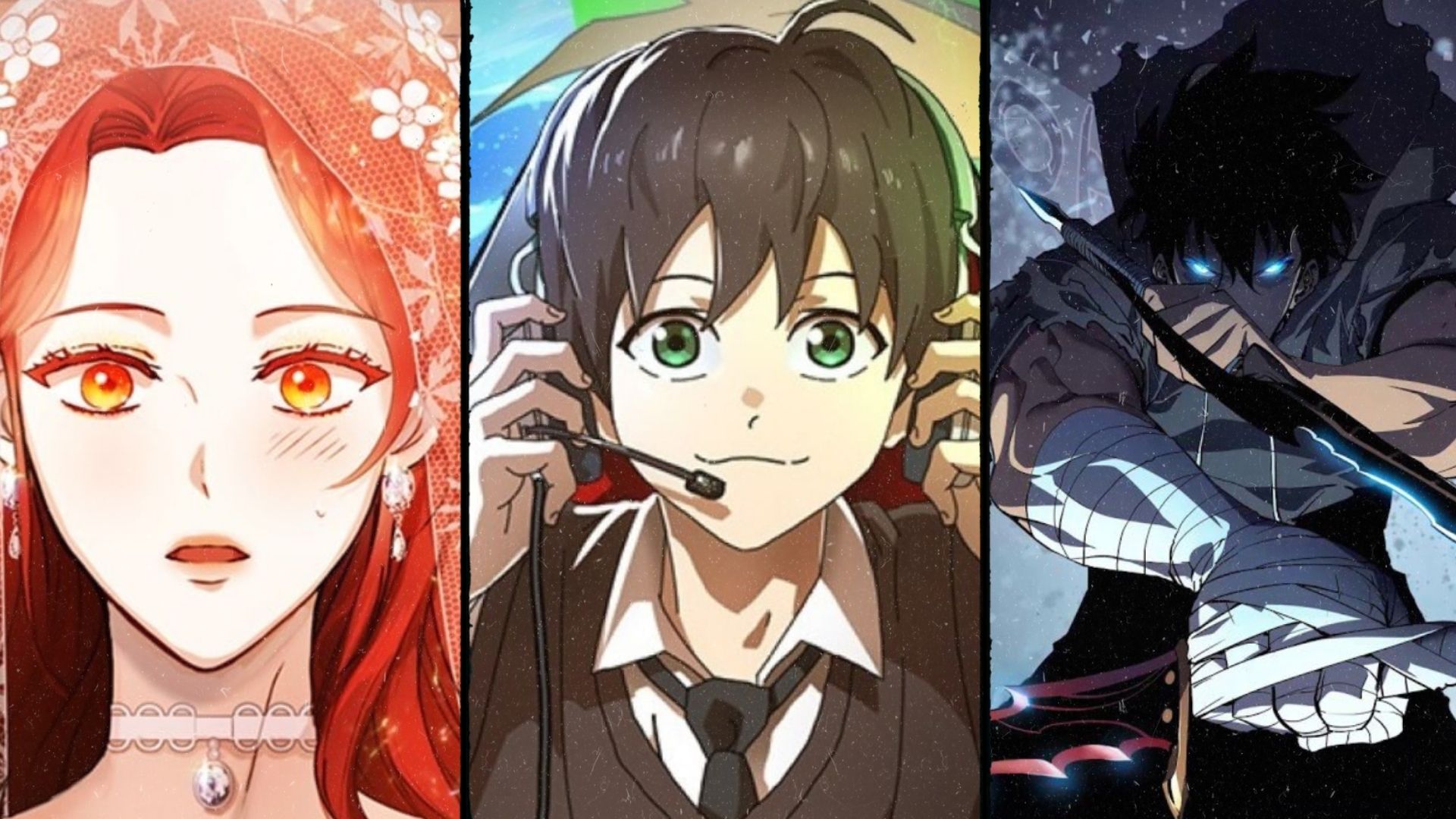 We’re back with another listicle, this time featuring 15 must-read mahwas in 2022. Manhwa’s popularity has soared in recent years, so it is solely our obligation to make some recommendations.

South Korean comics are referred to as manhwa. Manhwa or Manhua in the realm of comics has benefited greatly from the global popularity of Manga. Korean culture is dominated by manhwa. Manhwaga is the word used for Manhwa authors. Though they are following in Japan’s footsteps in terms of commerce, the manhwa has its own distinct characteristics. Manhwa’s colorful panels and magnificent action sequences, in particular, make it very easy for viewers to fall in love with it.

BTS has previously done Webtoons, one of which was even integrated into a number of their mobile games based on the mythos in their albums. 7FATES: CHAKHO, on the other hand, is brand-new ground, and it’s well worth reading even if you’re not a devoted ARMY fan. The story takes place in Sin-si, a dangerous and corrupt near-future metropolis, and follows seven men who are brought together by fate to face obstacles and grow as a group.

Several references to Korean history and culture can be found throughout the manhwa. The term “chakho” alludes to a group of professional tiger hunters founded by Ruler Sejong, the fourth king of the Joseon dynasty and the originator of the Korean alphabet. In addition, the “beom” that the characters seek is another word for “tiger” in the story. You can read 7FATES: CHAKHO on webtoon. 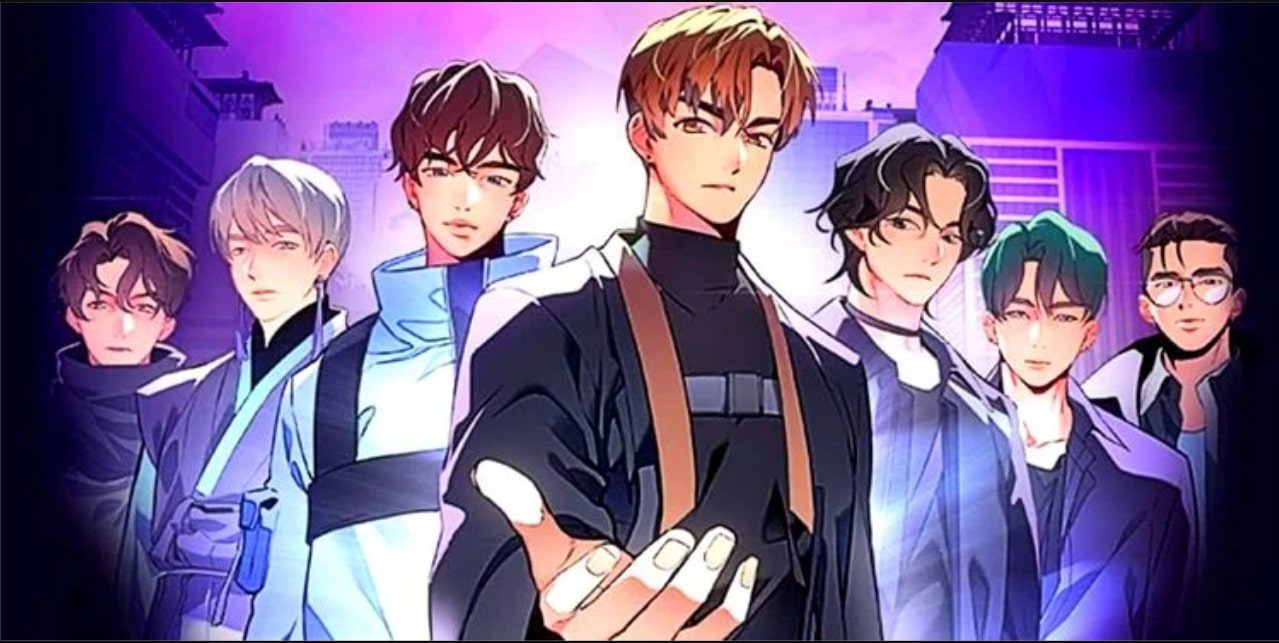 Chugong wrote Solo Leveling, which was illustrated by Gee So-Lyung and Redice Studio. Many fans have been engrossed in the tale of this manhwa, thus, it’s likely that some have seen it. It, like many other manhwa, is based on a novel of the same name, and it’s been hailed for its fantasy setting and action. Sung Jin-Woo, an E-rank Hunter, is the focus of solo leveling. He discovers this and levels up in a dungeon that is only visible to him, Jinwoo’s objective is to rise to the rank of S-rank Hunter, the most powerful rank in the world. 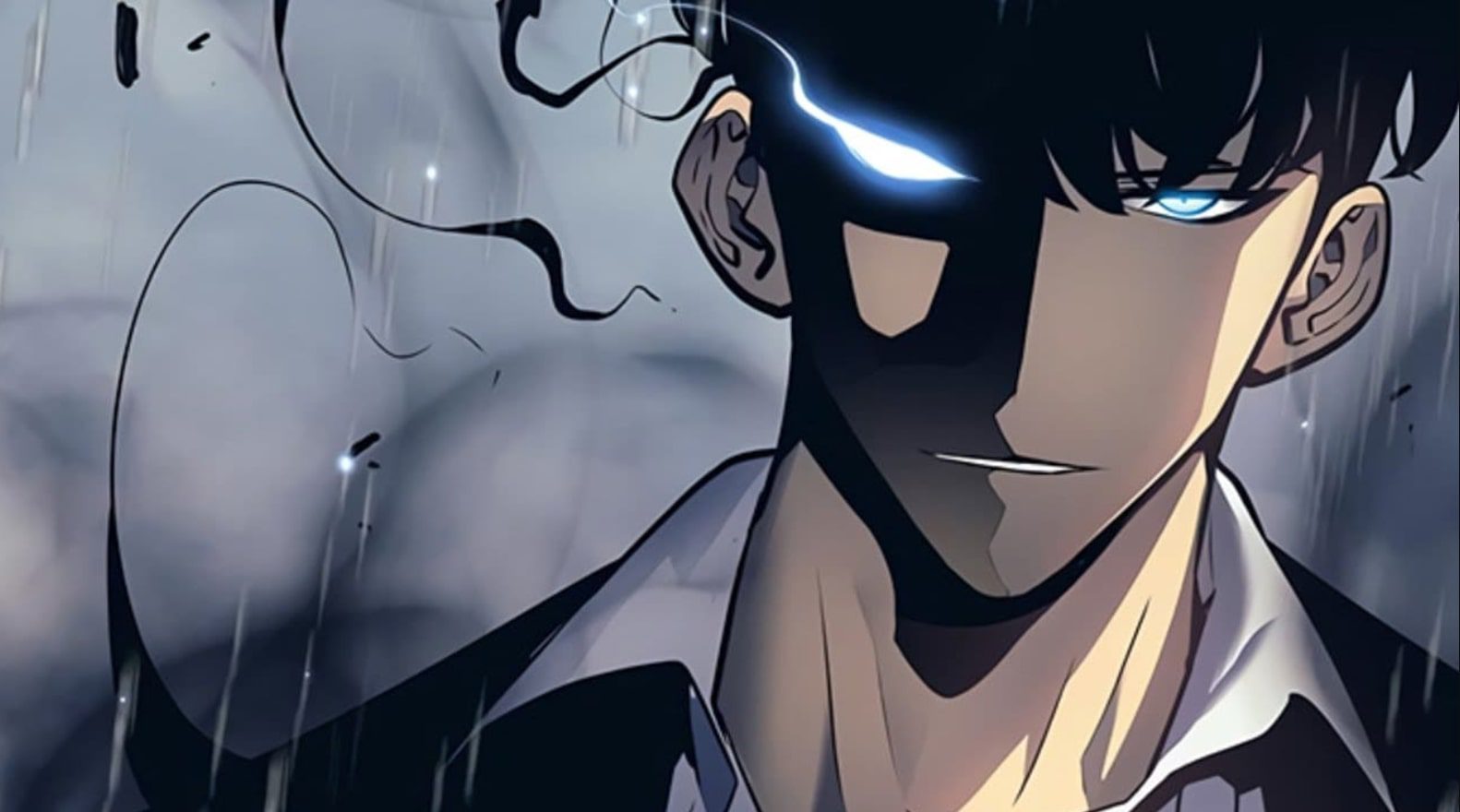 3. The Druid Of Seoul Station

For enthusiasts of isekai and science fiction, The Druid Of Seoul Station is an excellent choice. Suho, a regular person from Seoul, is the protagonist. He appears to be going about his daily routine at first. Then he’s isekai’d into a diabolical environment. There are two moons in the sky, and monster-like creatures wander freely. 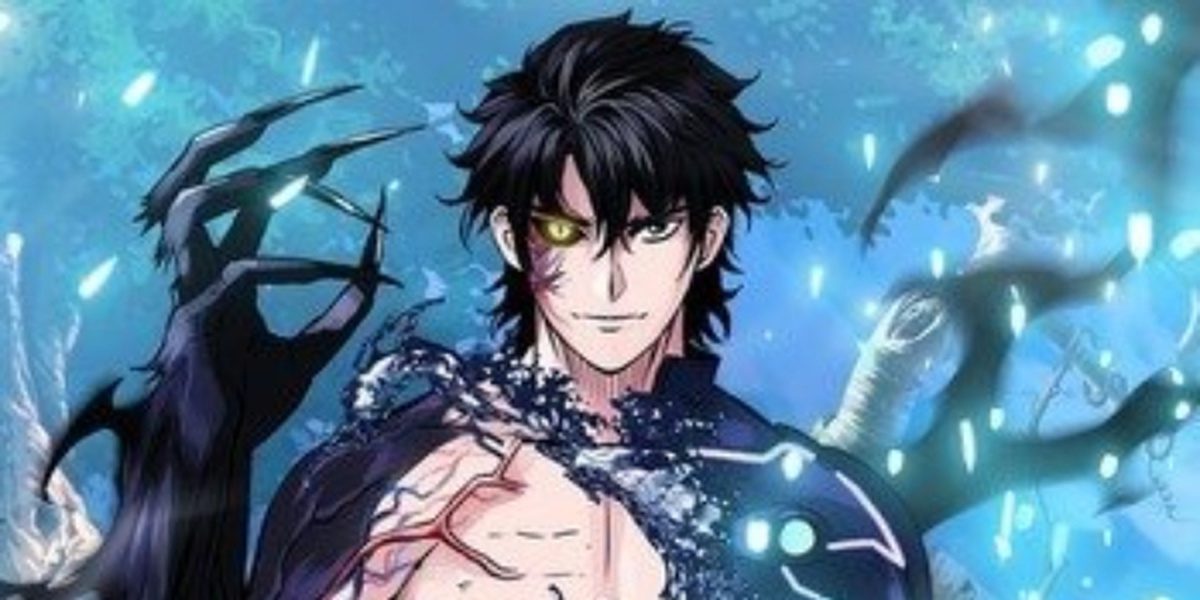 The Druid Of Seoul Station

The Druid Of Seoul Station is unlike anything else in the manhwa realm. When Suho returns home, he is shocked to see that the same creatures had taken over his world. It’s action-packed, gory, and tells a tale in a unique way. Once readers begin reading this story, they will be unable to put it down.

4. Leveling Up My Husband To The Max

One of the most common romance tropes is the concept of an arranged marriage. Two people who despise each other’s guts are compelled to marry but finally fall in love. 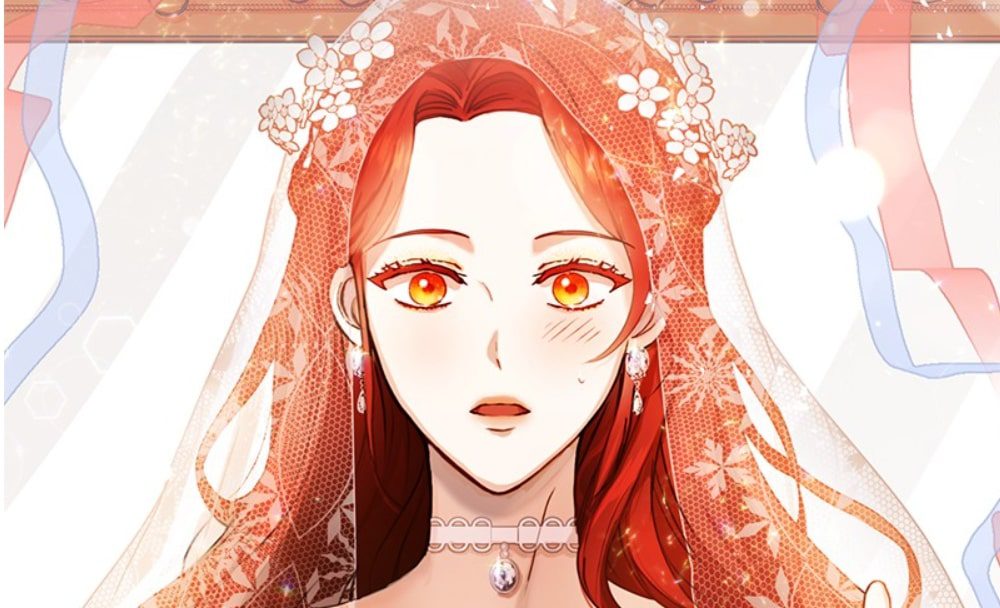 Leveling Up My Husband To The Max

Amber’s sentence to death is followed in Leveling Up My Husband To The Max, a Webtoon original. She reflected on the last ten years of her life and felt regret for how she had lived up until the emperor framed her. Amber is transferred back to her 20-year-old self on the day of her wedding rather than being executed.

66,666 Years: The Dark Mage’s Arrival is based on Hwabong’s online novel of the same name. After being imprisoned in limbo for 66,666 years by twelve mysterious gods, the plot follows a dark wizard named Diablo. He was then reincarnated as a member of a loving family. He still has all of his memories from his previous life and maintains his typical personality under the name Jamie Welton. He now seeks vengeance on the twelve gods that exiled him for tens of thousands of years. 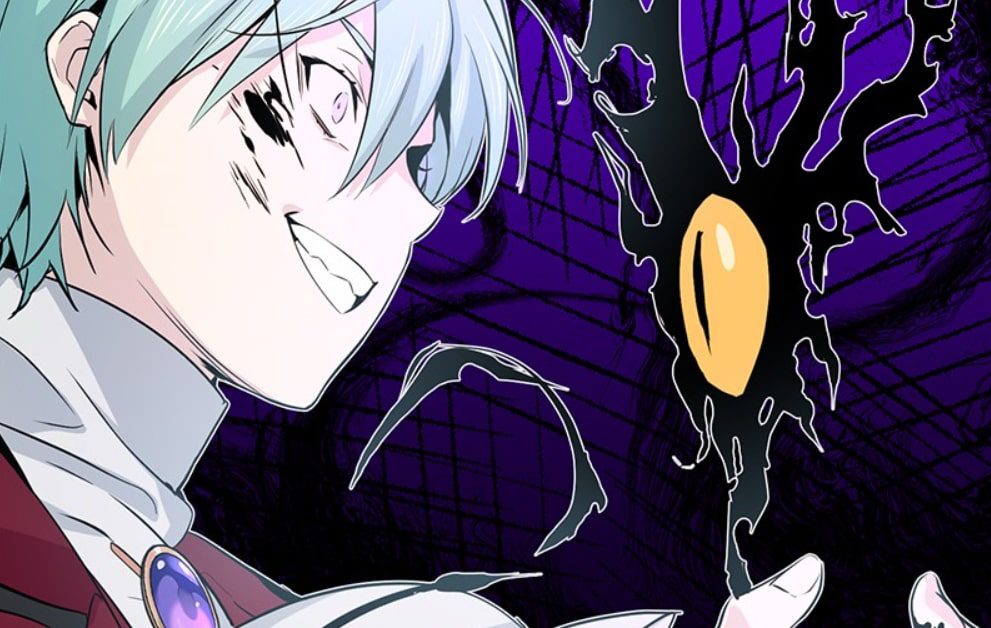 A couple of HYBE’s artists acquired their own manhwa as part of the company’s new partnership with Webtoon. The Star Seekers is the name of Tomorrow X Together’s webtoon. It takes place in a magical environment, and the five members of TXT are represented by a five-member idol group called “Star One.” 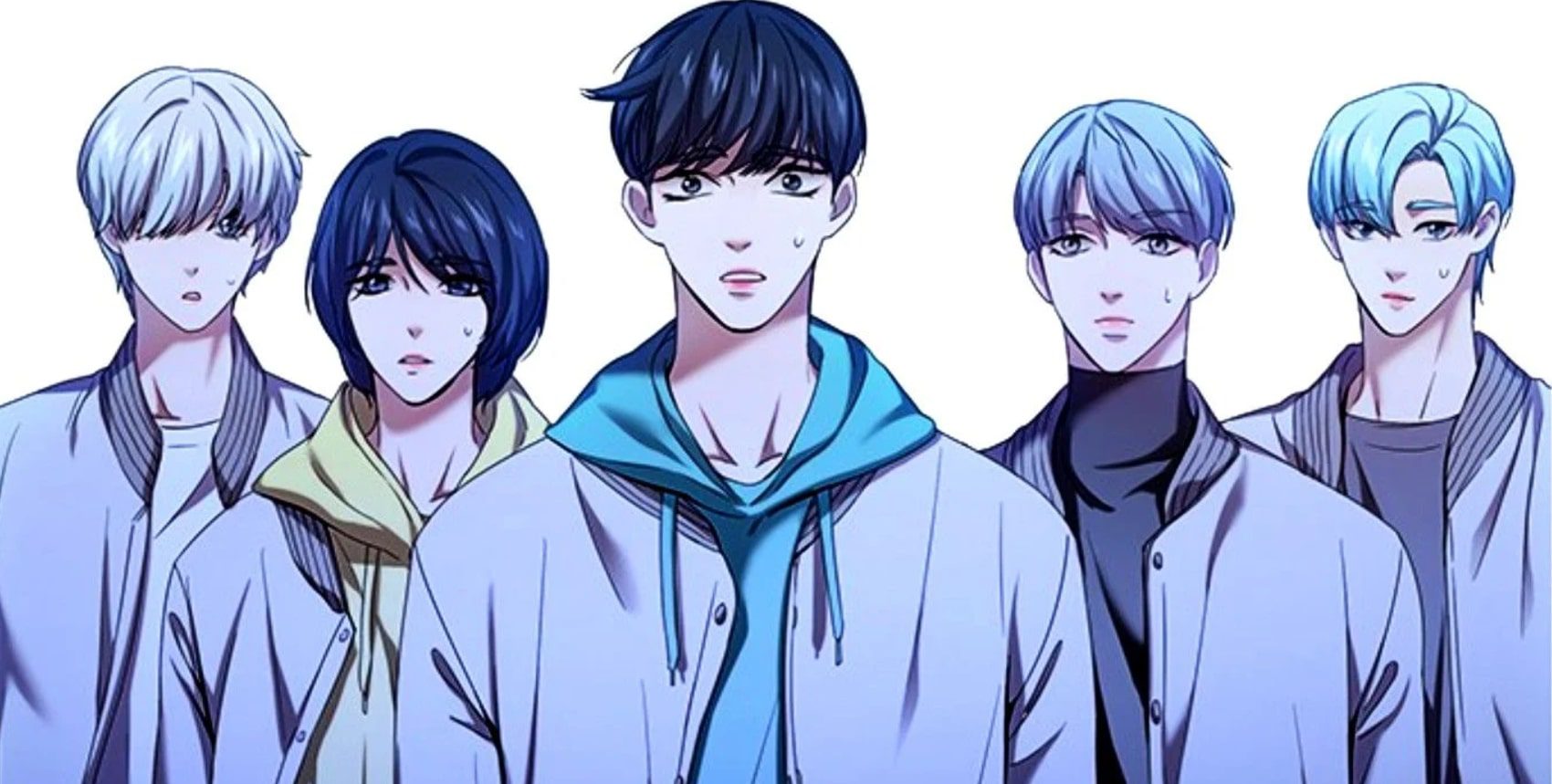 Magical idols are regarded as the best of the greatest in this world, while people without powers are regarded as the dregs. Idols who lack magic are condemned to fail. Star One begins out as a non-magical group, but when one of their members is attacked on stage, one of them develops supernatural abilities.

Enhypen stars in Dark Moon: The Blood Altar, the third edition of HYBE’s manhwa project. This is a must-see for fans of vampire anime or dark shojo. Despite the fact that it relies on hackneyed and overused tropes, it does it in a fresh way. It’s touching, and fans are engrossed in Sooha, our protagonist’s story. 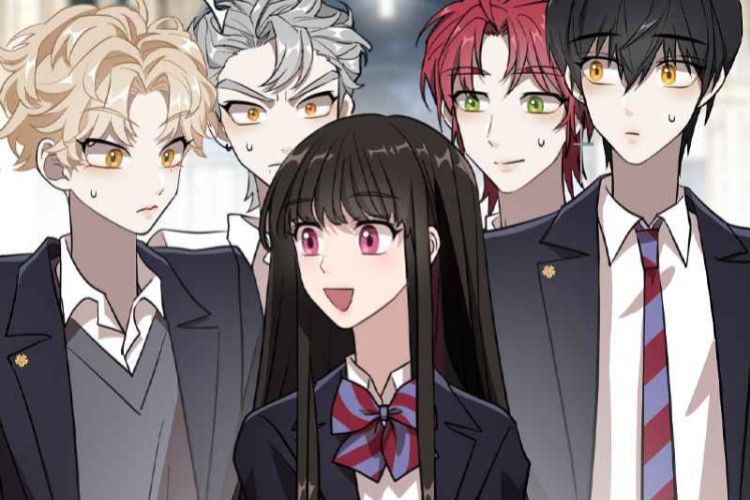 The plot of the webtoon follows after Sooha enrolls at Decelis Academy. The institution has very strict regulations against vampires, which is in Sooha’s favor because, in her childhood, her best friend was killed by a vampire. However, she soon finds herself involved in the affections of seven vampires, each vying for her heart. The interesting plot is why it comes under this listicle of 15 Must-Read Manhwas In 2022.

8. The World After The Fall

In 2018, The World After the Fall was published. It’s a post-apocalyptic fantasy web novel authored by a Korean author team known as 싱숑 or Sing-Shong in English translation. 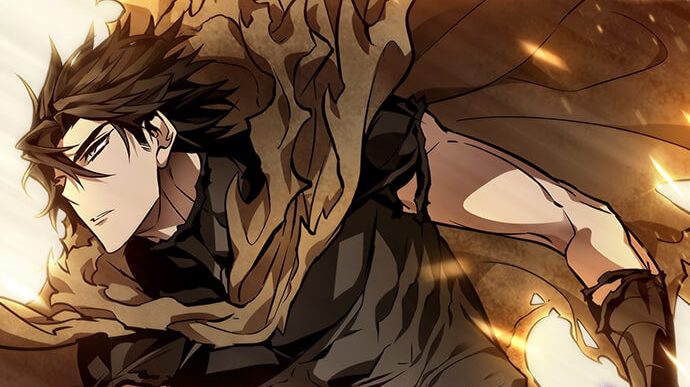 The World After The Fall

The plot follows Jaehwan, a regular human, who decides to be summoned to a planet where monsters are destroying his homeworld. He is victorious against the 100 levels and their boss creatures. In the end, he discovers that the Tower, from which he was summoned, was a figment of his imagination and that humanity has never been annihilated.

Now he is fighting the individuals who built the Towers, which are Gods and Lords’ mechanics. Jaehwan promises to destroy the system and the world that harmed him as he fights them all. Big Brother, the System’s ruler, is his final adversary.

Anyone who in the K-Drama fandom for a few months has almost certainly heard of Business Proposal. Because this manhwa was recently translated into a k-drama, now is a great time to start reading it while you wait for more episodes. 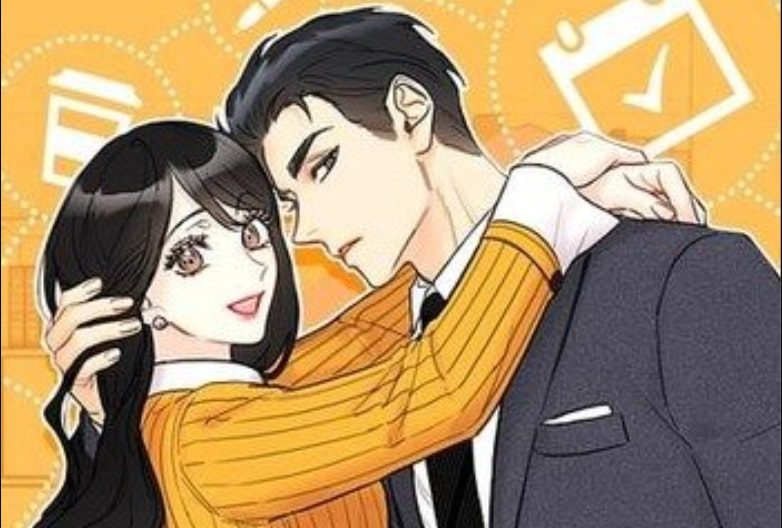 The plot of Business Proposal follows Hari when she decides to go on a blind date for her best friend. Hari also wants to end unwanted planned marriages. Hari went into it thinking it would be simple money, but she immediately understood it wouldn’t be. Then she meets Taemu, her company’s new CEO. Because he’s in a similar circumstance, the two decide to act like they’re dating.

If you haven’t read Tower of God or don’t recall much about it, now is the time to do so. Even if one remembers everything, it’s still worth reading again. This manga has been adapted into a Crunchyroll Originals anime. Tower Of God is one of the longest-running manhwas with a fascinating backstory. 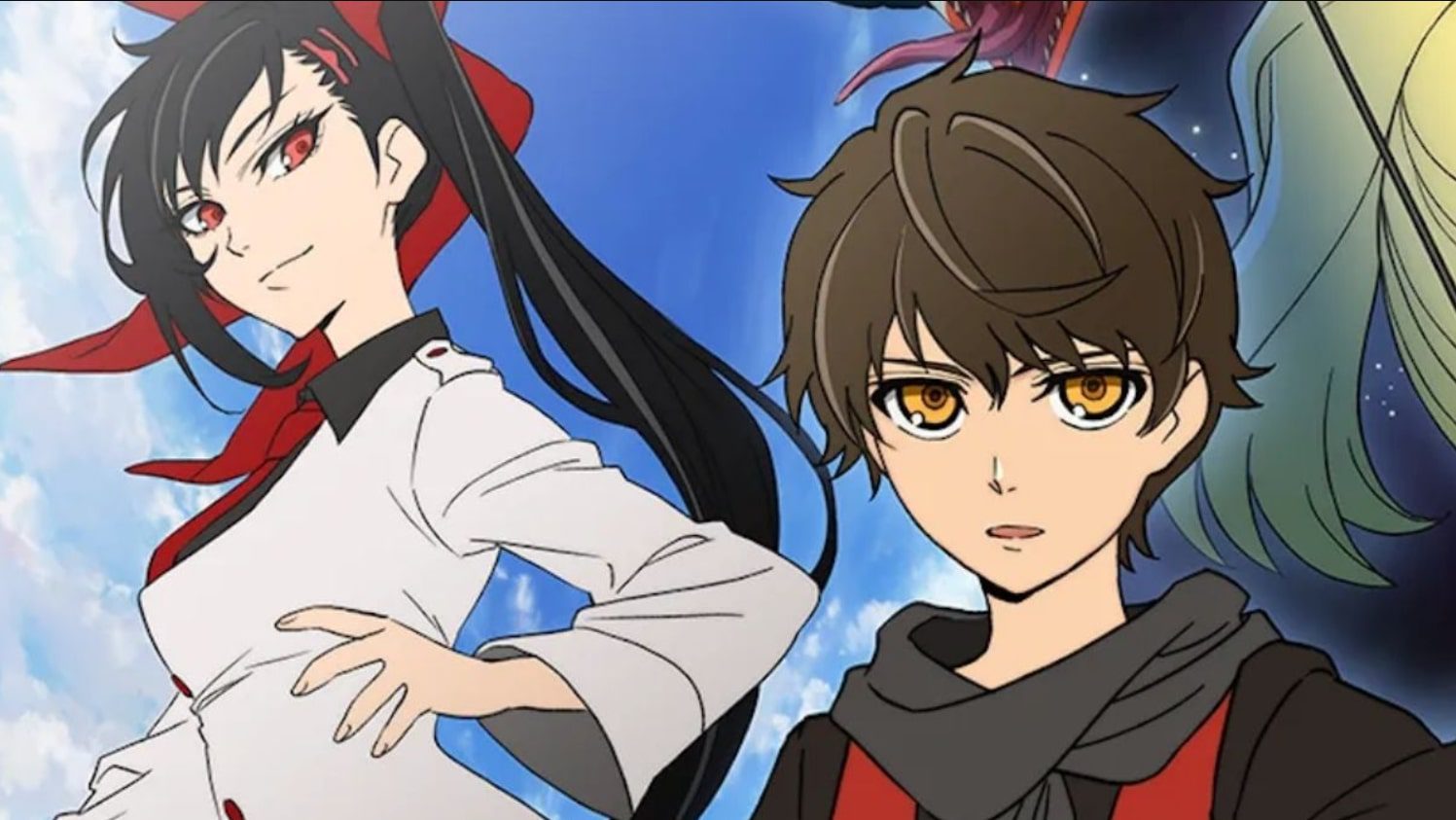 Tower of God is a three-season show that has been running since 2010 and shows no indications of concluding anytime soon. Following the conclusion of the first season of Tower of God, many fans are expecting a second season that will explore Bam’s true origins. Why not get in on the action and start reading yourself?

11. Street Restaurant Of A Returned Hero

After ten years of protecting the Spirit Realm from the Demonic Realm, Kyungho returns to Earth. However, the demonic world is attacking the Earth where he has returned, much as it did the spirit realm. Will Kyungho be able to protect Earth, despite his desire to live a normal life with his mother by running a restaurant? 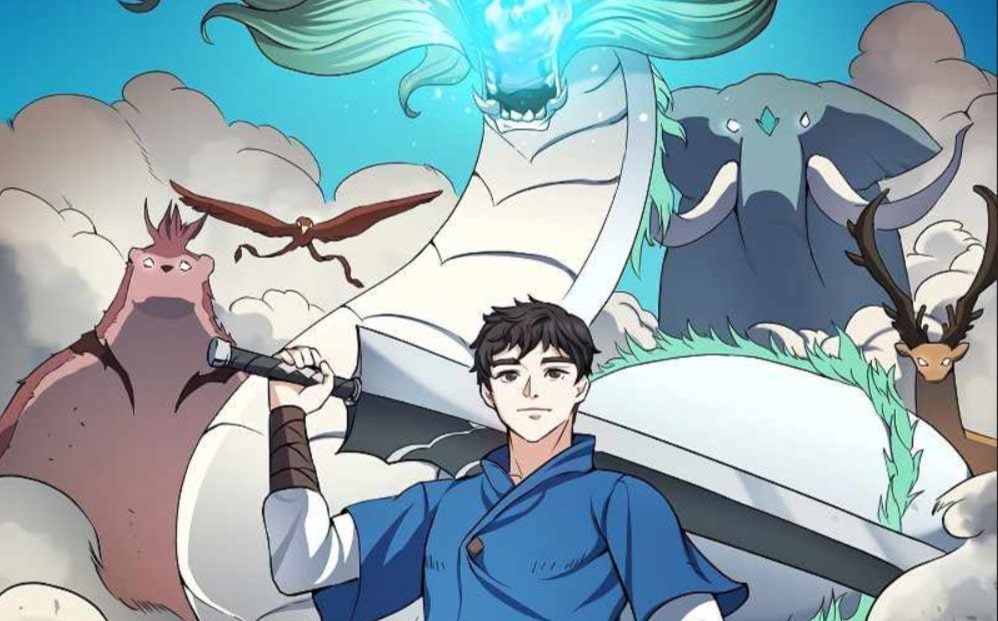 Street Restaurant Of A Returned Hero

Street Restaurant of a returned hero balances the cliches of a manhwa with subtle action-related concepts with a well-rounded main character and side characters.

12. How To Hide The Emperor’s Child

How To Hide The Emperor’s Child is a Korean manhwa based on a Lee Yeon-sun web novel that Yooani adapted into a manhwa. It was first published in 2020 and has since been updated with a total of 188 chapters; however, the manhwa has failed to catch up to its novel counterpart and is currently going at a slower pace. The story follows Astelle, the empire’s one-day empress, who divorced Emperor Kaizen and left the court with the biggest secret, that she was pregnant with the emperor’s child. 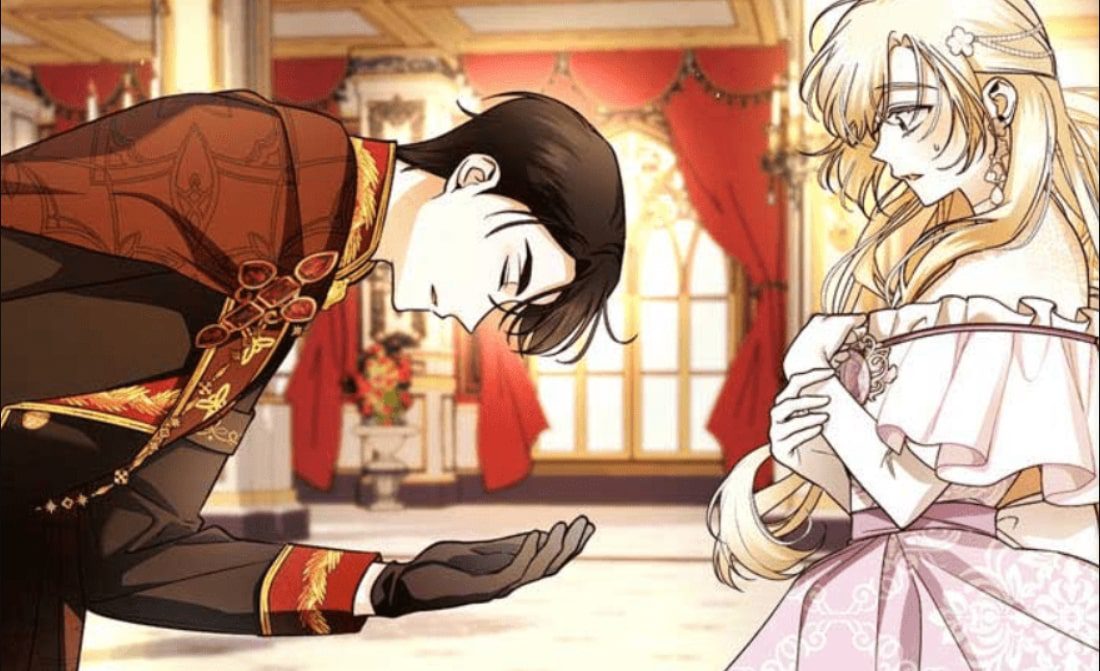 How To Hide The Emperor’s Child

When the imperial troops return six years later, Astelle and her son are living a peaceful life in the countryside. To take over Meilen’s crucial region, Kaizen needs Astelle’s approval. With the empire still suffering from a rebellion, Astelle must determine if she can keep her son’s identity disguised from these hostile forces, as well as his father, the emperor.

The plot for Is This Hero For Real? Revolves around Kang Han Soo, who is transported into another world along with his classmates. Kang Han Soo and his classmates were transported to another realm. They are awestruck by the enchantment of the otherworld, but Han Soo is eager to return home. Why would he leave his cozy and warm home to embark on an adventure in another world? He doesn’t want to help, so the goddess who summoned him promises to send him back to his original realm, and when she transports him elsewhere, It’s still the other world when he opens his eyes, and along with that, all of his friends have vanished, and this new realm has monsters lurking about. 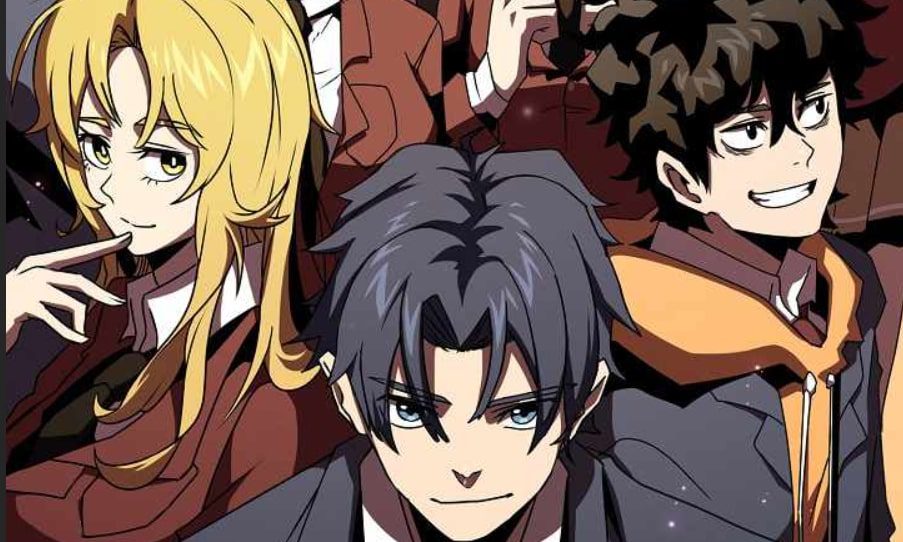 Is This Hero For Real?

Double Click is an action-sports webtoon, the story is about Jiho Seong, who was once among the top-ranked players in the action game, called One Sword. 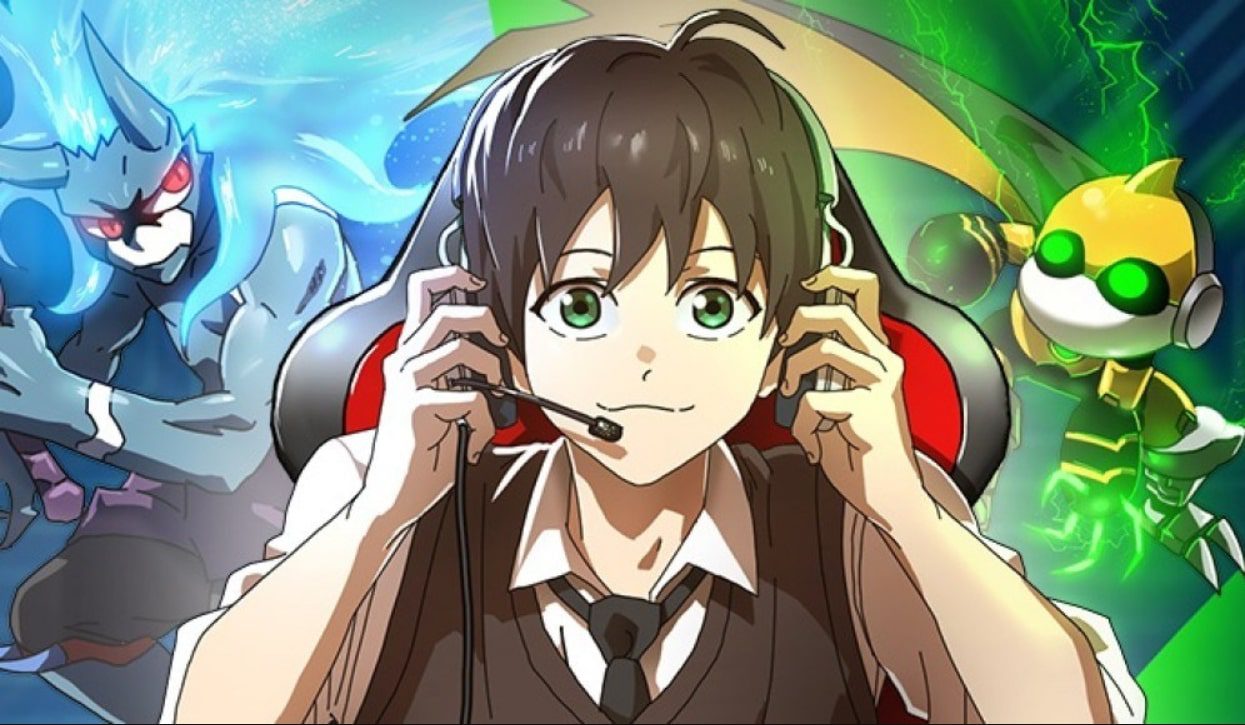 He loses interest in competitive gaming when the game eventually closes down owing to a lack of players. That is until he learns about his school’s esports club and discovers Sword Rush, a popular team-based game that appears to be a carbon replica of One Sword. Jiho takes another aim at the top of the game now that he has fresh teammates at his side!

Lithera quickly realized that happily-ever-afters were never easy to come by after the gods tossed her into the realm of her favorite fantasy romance novel. She’s been given a second chance at happiness, and she’s determined to avoid the faults of her past life, beginning with meeting the sweet and compassionate Grand Duke with whom she’s been exchanging letters for years.

Another typical female lead vowed to marry another typical Duke, however, you should give this a read to find out whether Lithera’s story will follow the typical route of romance or not. 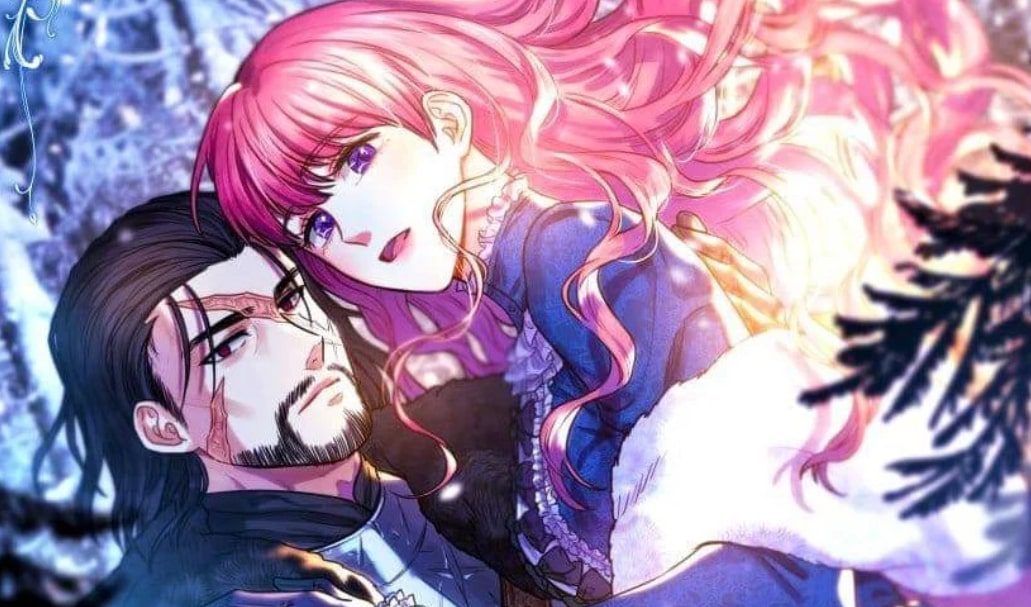