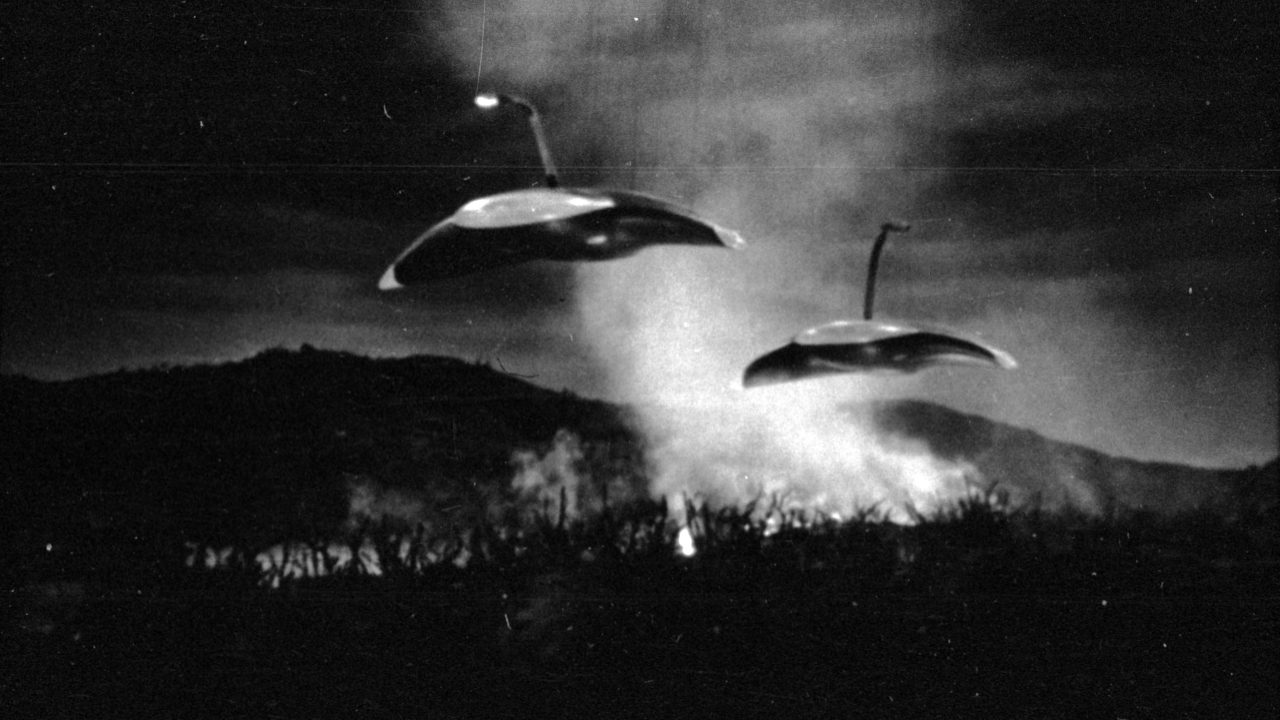 Adamski and Godfrey are said to have encountered aliens

In June of 1980, a 56-year-old Miner named Zigmund Adamski was shopping for groceries for the week. He resided at the Lofthouse Colliery in the little village of Tingley, and after his spree, he was due homewards. When his associates perceived he wasn’t there, they began discussing amongst themselves. His body was recovered 20 miles from his house in Wakefield by Alan Godfrey, the investigator sent by the officials, in a coal yard in Todmorden on June 9th, five days after his apparent abduction. His body was disposed of, in formal clothing, on top of a stack of coal. His clothing, watch, and wallet were all missing. The mysterious burns on the back of his head, neck, and shoulders had everyone who saw him wondering what had happened to him.

The coroner divulged the mysterious abduction and subsequent death, which was the single greatest mystery in his medical career. James Turnbull—the coroner—and Godfrey were curious about the lack of facial hair on Zigmund’s face despite not having a blade for the last five days. His beard was no more than a day old. The doctor further added that his band of professionals could not identify the peculiar ointment smeared upon Zigmund’s wounds. The deceased man had no means to a hospital during his absence, nor was it made of substances known. On hearing this, everyone’s interest was piqued on who and what had been administered to him before his death.

Also Read: The Ourang Medan: The Ship That Could Not Be Saved

What Happened To Zigmund Adamski?

Many people suggest many things. Though the actual reasoning behind the meager worker’s sudden vanishing and death will never be known, one outlandish rumor that traversed the lands around the time was of Zigmund’s murder done by the Soviet security force, the KGB. Some thought this idea was too far-fetched and suggested ball lightning, a rare weather phenomenon where lightning molds into globes, which is thought to have disoriented the young man, thrusting him on the coal, and procuring death. But all others, including Godfrey, would hold onto a single explanation that Adamski’s endeavor with extraterrestrial entities had taken a toll on his life. Alan Godfrey And The Aliens

Six months after the incident, Godfrey was called to duty at 5 a.m. in response to a report from a local that his livestock had escaped from his land. He was on his way to the incident when he noticed a brilliant light in the gloomy sky. The glittering sliced vessel was 14 feet wide and 20 feet tall, and it was circling itself. The officer took his notepad from his pocket and sketched a sketch of the flying item. He spoke into his radio to alert the others at the station after jotting it down, but there was no response from the other end. His communication was obstructed.

The saucer evaporated with brilliance, and he was 30 yards down the slope, contemplating what he had witnessed in his car. A glance at his watch and he discovered that there had been a tremendous loss of time. Some mysterious 25 minutes had been exhausted since he had seen the light, but it felt like it was only there for a moment. He looked down to notice his boot pried open and something etched into the foot that made him feel itchy.

When he resumed his steps, he was shaken to find the spot where his vehicle stood to be parched in comparison to the rain-drenched surroundings. Further ahead, the missing cows were secured within a park, whereas they had not been there when the encounter happened. He made a point to rattle his tale to his co-workers, but they waived the account off as mere nonsense.

One of them asked him to get himself checked by a hypnotist. Under the specialist’s supervision, Godfrey was able to recall the lightning and was ushered into a peculiar chamber by a horde of impish creatures presided by a tall male figure with a beard. He reportedly said his participation in this paranormal investigation led to his children being taunted, but he could not stop himself from talking about it.

The Man From The Ministry

The news of the death of Zigmund Adamski and the young officer’s alien encounter reached the press and made its debut as the newest international sensation. The officer was summoned by his inspector to meet a man in black. Referring to himself as the “Man from the Ministry”, Godfrey saw he had procured his drawing and the files relating to the incidents. The man requested him to reminisce his account of the aliens multiple times until it irked him. Later, when he saw him stalking him at a local bar, he urged him to leave. The man in black hence vanished, and Godfrey was transferred. 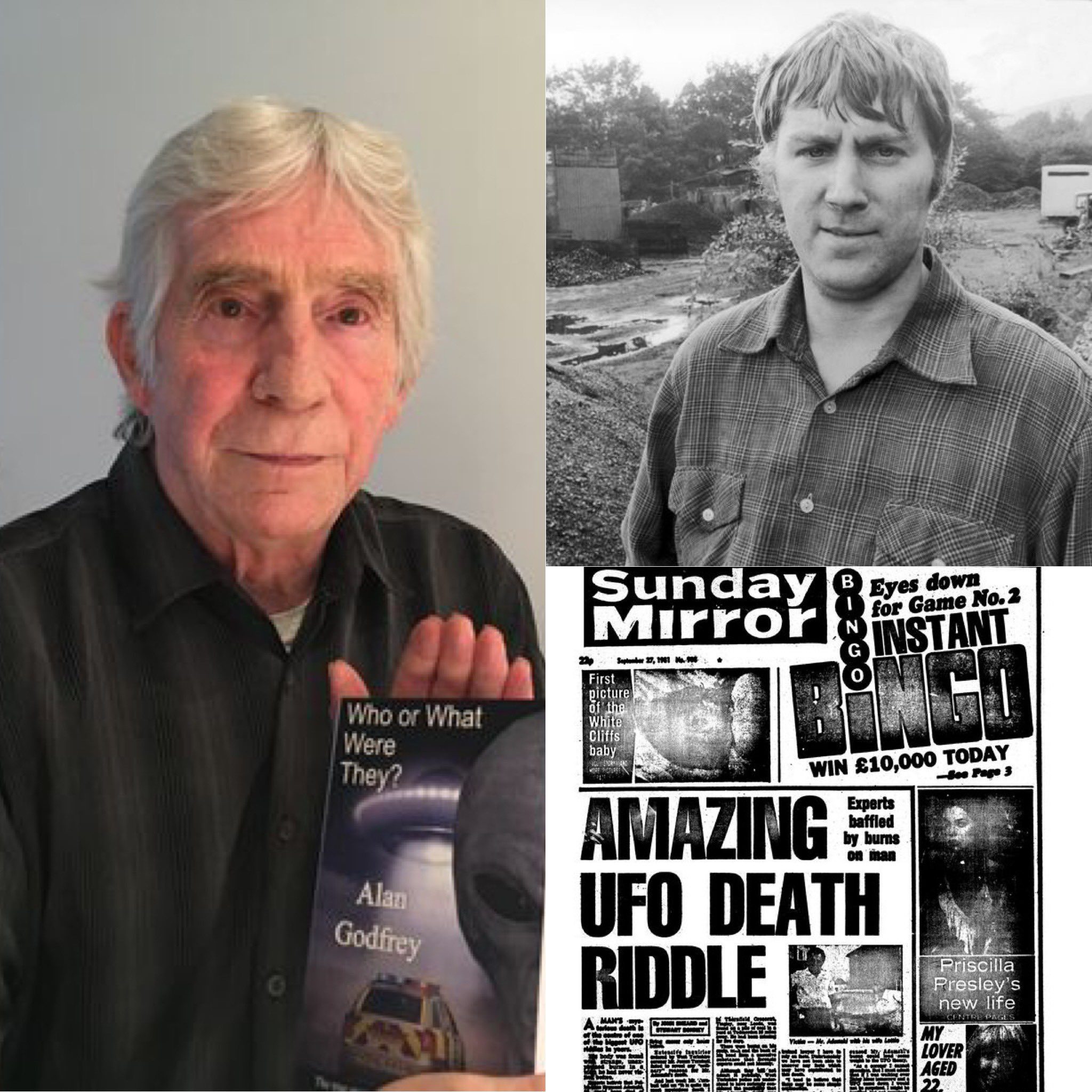 Petty Officer Alan Godfrey has since written a book about his encounter.

Since it was unearthed that multiple officers and residents in and around Yorkshire have reportedly “met” whatever accidentally murdered Zigmund Adamski. Vicky Dinsdale of Todmorden was said to have been walking her dog when a vessel, in resemblance to the officer’s account the previous year, was noticed by her as it changed its color. She believed it to be aliens.

Her grandfather, though, a veteran sergeant, advised her not to divulge the details to anyone lest she be ridiculed too. The Pennine hills surrounding the region came to be known as the most notorious point in Britain for spotting UFOs, but professional observers dismiss them as mere stars or other lights.  Hence, no one is to this day privy to the knowledge of what had killed Adamski.