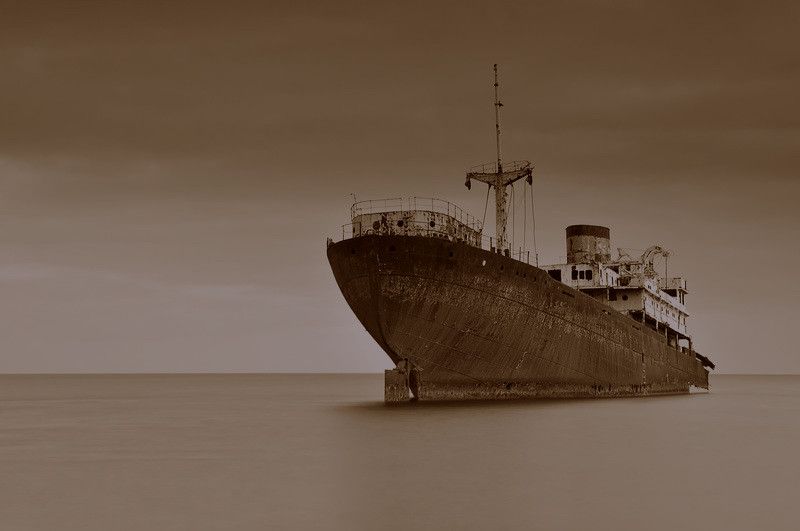 Everyone loves a good sea mystery. Pirates of the Caribbean had stirred the morbidity in all of us to adore haunting ships and their cursed sailors. They look fascinating on the screen as Blackbeard’s ship floats away, leaving dead men in its wake, but when history tells you that something more heinous existed, hairs on our bodies stand their ends. We are talking about the “S.S. Ourang Medan”, the accursed ship, a Dutch freighter that frazzled every crime reporter and skeptic that tried to uncover its origins. What is this Ourang Medan, and why is it said to be haunted?

Back in the days of World War II, every country was in a frenzy of its own. Ammunition, secret services, alchemic experiments, and random freighters carrying cargo from port to port. This Dutch vessel was no different. Inspiration to Namco Entertainment’s popular video game by the name “Man of Medan”, the terrifying story behind it was soon discovered by its players. Shocked, they came to understand the 80-year-old mystery.

First referred to on the 3rd of February 1948 by “De locomotief: Samarangsch Handels- en advertentie-blad”, a Dutch-Indonesian newspaper, the word “Ourang” finds its origin in Bahasa Indonesian with the meaning “man” and “Medan” was a reference to the city in Sumatra. Its remarkable story soon caught the eye of a dutch magazine called “Elsevier’s Weekly”, which in turn inspired “The Albany Times” to print it in their papers on the 10th of October 1948.

The news went from paper to paper, with each adding details of their own to the story until it was recounted by the Americans in “the Proceedings of the Merchant Marine Council”, in its May 1952 issue. As the earliest accounts unfold, the story starts aboard. Not on the freighter but 400 nautical miles away from the Marshall Islands, on the Silver Star. In June of 1947, Silver Star and its sister ship, City of Baltimore, were navigating through the Straits of Malacca. The sea was calm, and the sky was peaceful. Around the two American ships, other vessels were passing by on their mundane course when distress messages started pouring in.

In their clear was Ourang Medan. The sailors of the American vessels stared, puzzled why the perfectly normal dutch merchant ship was punching in an SOS. As the message read, all the operator’s comrades were on the bridge and in the chartroom, including their captain. Then the Morse code went gibberish.

The panicked American crew began to sail their way to the troubled ship, and so did every vessel around them that received the message. The deck was alerted, and their rescuers were made ready. Suddenly, as they came close, the radio started to go off again, completely inexplicable except for its last two words, “I die”. They knew they were too late. A rescue party from the Silver Star boarded Ourang Medan, and as the radio operator had said, everyone was dead. But not just dead but very surprised as well.

There laid corpses all around the ship, on their backs, with expressions of astonishment on their face. Gaping mouths looking at the sun. Even their canine was deceased in the same fashion, barking. Even as they walked towards the lower compartments, a fire broke out in cargo hold No.4. The flames spread, catching onto the dead and then the living. The sailors abandoned their investigation and sailed off on the Silver Star. At a distance, they witnessed with their eyes—Ourang Medan blasted off the sealine into the air, and its fragment sank to the depths of the waters.

What Happened On Ourang Medan?

All who hear the story ask the same question. For that, we have to get to know Author Silvio Scherli. This mysterious man Italian man professed to the papers that he had heard it all from a missionary from Taongi Atoll. As he had narrated, a lone survivor of Ourang Medan was found by the natives of the land, and the missionary took him in.

The dying German told the missionary the tale of his vessel, which was sailing from a small Chinese port, illegally transporting the oil of vitriol to Costa Rica. How its poisonous fumes leaked from their containers and had eventually claimed the lives of his comrades. The missionary who believed the story had to come to light bestowed its knowledge on Scherli, who wrote it down in his report called “Export Trade” on the 28th of September 1959. Ourang Medan’s tale was printed in the newspaper “De Locomotief”

While no evidence of the blasted ship has ever been found, its news is seen all over the 1940 papers by the Yorkshire Evening Post and the Daily Mirror. There are no accounts of any ship called by the name being registered in Lloyd’s Shipping registers, but some say it must have been registered at Sumatra.

As the suggestions go, people think what was being carried was nitroglycerine and cyanide, which would be the only explicable reasoning behind the fumes and the blast. Some completely knock the chemicals off the case and point to a pirate attack which sounds more ridiculous, and yet others assert a haunting. Whatever it might be, all sources trace back to Scherli, and people doubt if the legend is true or if it was a fragment of his fabulous imagination.

Also Read: The Bridgend Suicides: Did They Do It, Or Someone Made Them To?