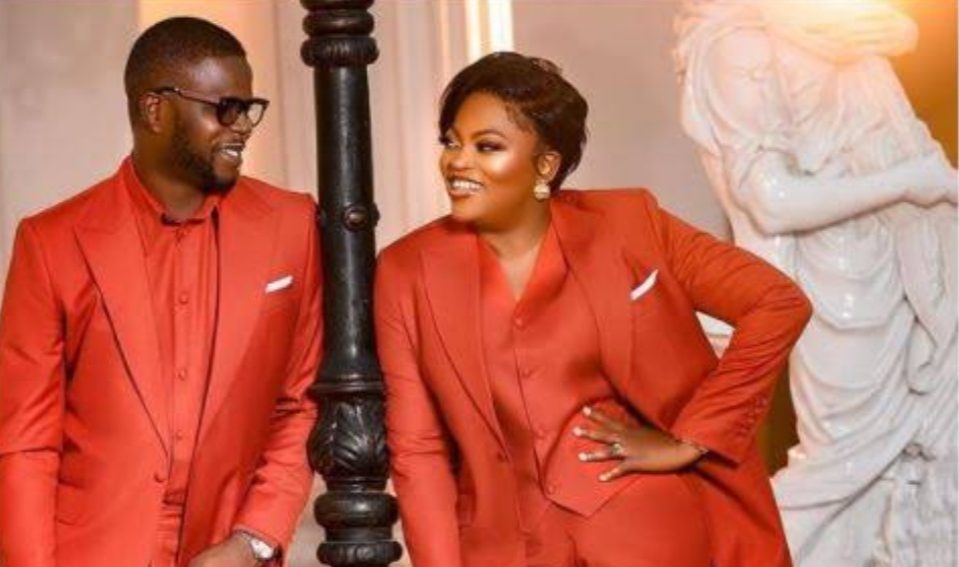 Why did Funke Akindele’s marriage fail? The question took the internet by storm recently. Funke Akindele’s husband announced their divorce on 30 June on his Instagram page. There is not of buzz going on around Funke’s marriage, and fans have hundreds of unanswered questions that still need to get valid answers from the couple. Funke and JJC have been married for five years now.

JJC and Funke have worked in the industry for a long. The Nollywood actress is very much focused on her career. They run different businesses. However, the couple encountered difficulties in managing the company’s earnings and quarreled about who should have responsibility for certain aspects of their numerous investments. With the help of her husband, Funke started a music label in addition to becoming a movie producer. JJC also entered his wife’s line of work by producing a TV drama called “INDUSTREET.” Everything was going pretty well.

However, two years back, things changed between the two, and their marriage was hit by solid rock. Here in the article, we will talk about Why did Funke Akindele’s marriage fail?

Who is Funke Akindele?

Funke Akindele’s full name is Akindele-Bello Olufunke Ayotunde. She is popularly known by her stage name, Jenifa or Funke Akindele. Funke is a Nigerian actress and movie producer. The actress is best known for playing the titular character of the movie Jenifa which earned her the title Jenifa. Her fans called her Jenifa. Funke was born on 24 August 1977 in Ikorodu, Nigeria. The 44-year-old actress has worked in several movies and produced numerous movies.  As per personal life, Funke married JJC Skillz in 2016 in London. Soon after their marriage, the couple sparked a pregnancy rumor that became the top search result on Google. The couple is blessed with twin boys, who were born in December 2018.

Why Happened Between The Couple?

Funke Akindele’s husband, JJC Skillz, stated that she kicked him out of their house three months back. They are constantly trying to make their relationship work out; however, things could not work out between them. Their relationship was going through a hard phase for quite some time. They previously separated their ways and started living separately. Although the couple tries to keep their relationship under wraps, however, Funke’s stepson Benito revealed this in the media. He also said that his stepmother is seeing someone else. Also, he revealed that his father was also cheating on her. 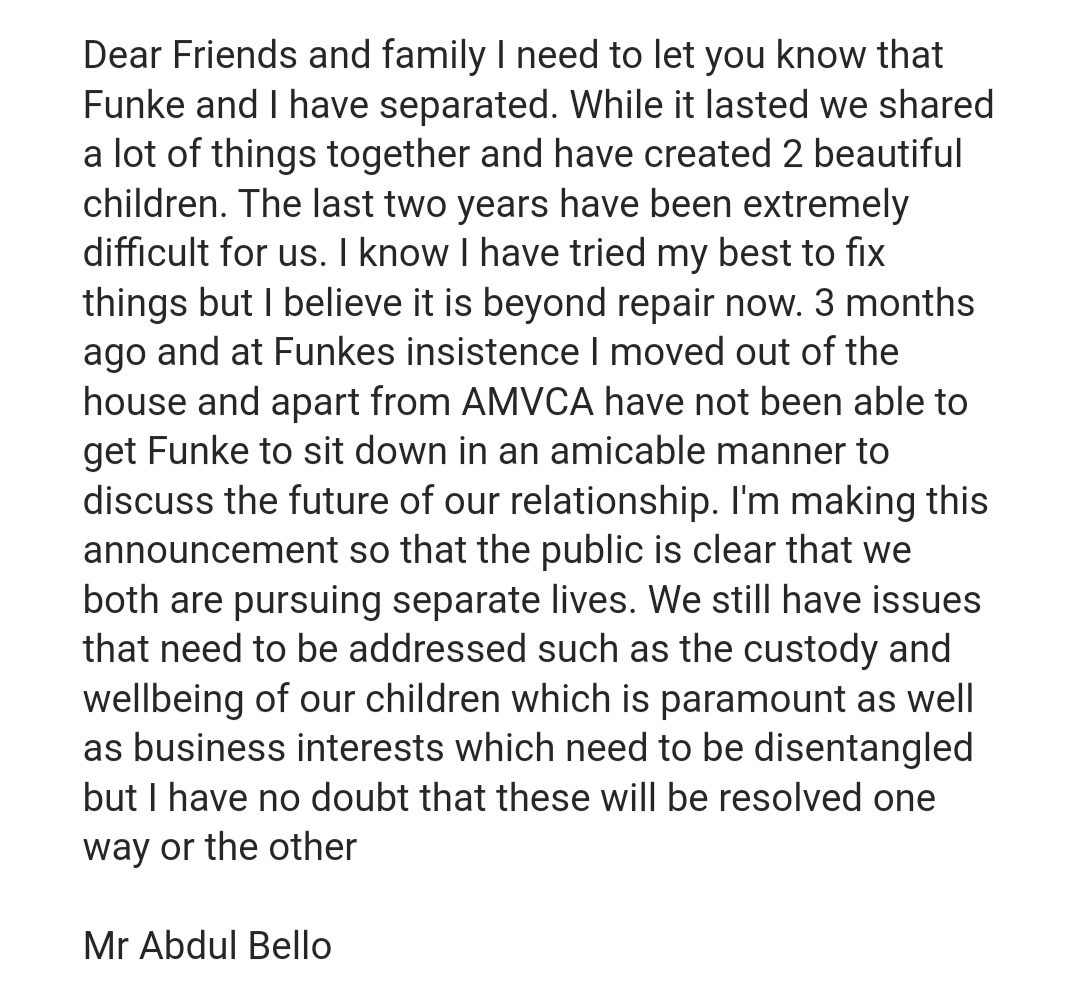 He did not stop there, Benito continued, “She is a terrible person.” The couple has been going through hardship for quite some time now. Although they are trying to mend the fences, their stepson Benito always truncates their effort. He always tries to prove that Funke is not the same person as she tries to present her on the screen. JJC Skillz revealed a lot about their marriage and announced their separation. She has not spilled the beans on the matter yet.

Why Did Funke Akindele’s Marriage Fail?

Funke was previously married to Kehinde Almaroof Oloyede, aka “Kenny Doo.” The couple tied the knot on 26 May 2012. However, her first marriage did not last for long, and the couple split their ways after one year and 46 days, citing irreconcilable differences. She opened up about her first marriage in an interview back in 2021. Talking about her failed marriage, she said, “I always wanted to settle down have kids want a family. However, everything does not work the way you want. I was filming when somebody called me and told me ‘I want to die.’ In a minute my whole world was falling apart. In no time, the news had taken over the internet and everything changed. My first marriage ended in a bad way.” 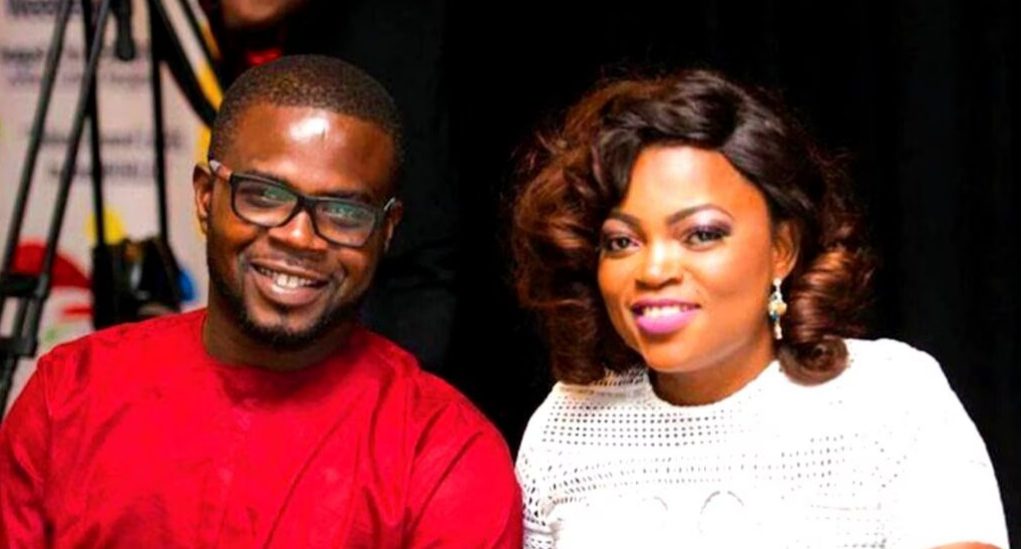 Funke with her husband

She also advised the people from her experience. Funke said, ” I advise people not to get pressured and get married. Please take your time, and settle down with what you want not with what people want from you. It’s okay to take time and select best for yourself. “

Also Read: Are Jamie Lissow And Jessica Lissow Getting Divorced?