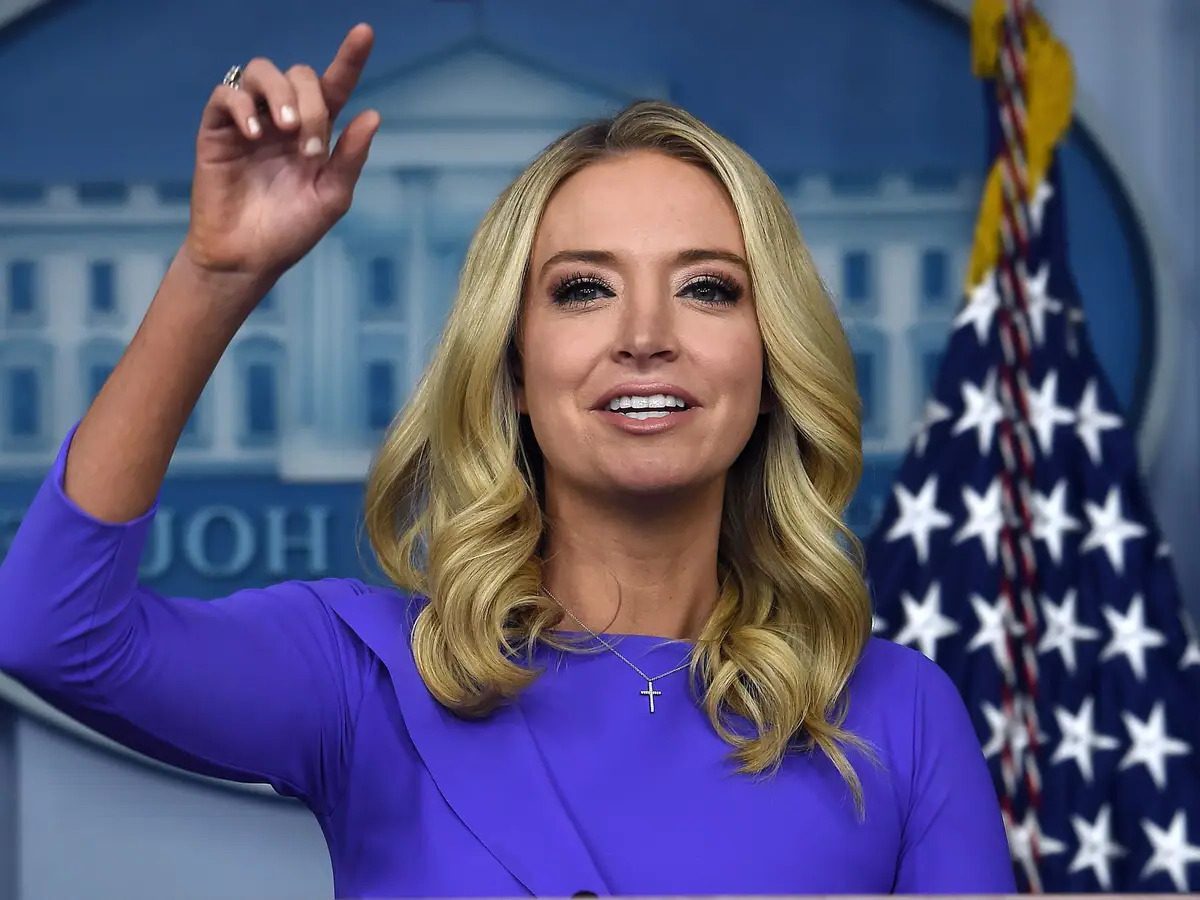 Kayleigh McEnany at a press event

Recently, Joe Rogan compared the former secretary of press for the White House, Kayleigh McEnany, to NBA legend Michael Jordan. Why you might wonder. Joe believes that McEnany is the only presidential press secretary who consistently performed well during her tenure. The entire argument started when NFL star A. Rodgers recently made an appearance on a Rogan podcast episode, and they were discussing Psaki, the former spokeswoman for Biden, whom Rogan declared to be a liar. Although this topic of Psaki’s works is debatable, the fact “is” that Kayleigh McEnany has done exceptional work during her tenure. Her pregnancy is another factor that has contributed to her current status as a trending topic.

Is Kayleigh McEnany pregnant with her second baby? We will find out, so stay with us! At the moment, Fox News has employed Kayleigh McEnany as a contributor for politics-related debates. Before revealing anything about Kayleigh’s pregnancy, it’s worth paying attention to her majestic career so far. McEnany, a Republican political analyst from the US, was born in early 1988. She hails from Florida, where her father ran a business that installed roofs. McEnany finished her schooling at a number of colleges, including Georgetown University, St. Edmund Hall, and a Catholic preparatory school in Tampa.

She invested in a show called Huckabee for the news channel we know as Fox when she began her career in the field of media, and she eventually decided to join as a commentator for CNN. Scroll down to learn more about Kayleigh McEnany, including Kayleigh McEnany’s career, and to find the answer to the question, Is Kayleigh McEnany pregnant?

Also Read: Is Tboz Pregnant in 2022? Everything To Know

Is Kayleigh McEnany Pregnant With Her Second Baby?

Kayleigh McEnany, who is also co-hosting the show called Outnumbered for the news channel Fox, took the opportunity to disclose a very important news on her show a few days ago. The ex-press secretary surprised the viewers when she revealed she was going to embrace motherhood for the second time.
She described it as a true blessing because they had been praying for another child for a long time. She wanted another baby who could join her first kid, Blake. Then McEnany praised her employer, adding that “Fox has been so supportive of her as a working mom.” Take a look!

A month later, Kayleigh McEnany made another announcement regarding her pregnancy. She also revealed the gender of her baby—he is a boy. She shared this wonderful news with her fans on “Outnumbered” while her husband made an appearance on the show too. We would also like to tell you all that Kayleigh has been married to a man named Sean Gilmartin since 2017. They both welcomed their first child two years later.

Who Is Sean Gilmartin?

A seasoned baseball player from the US, Sean Gilmartin, is 32 years old. In 2008, Sean received his first baseball scholarship offer, but he opted to enroll at Florida State University instead. Sean then played in the minor leagues for four years after that. Since 2015, Sean has been a pitcher in Major League Baseball. He spent his maiden season with the team we know as the Tampa Bay Rays. 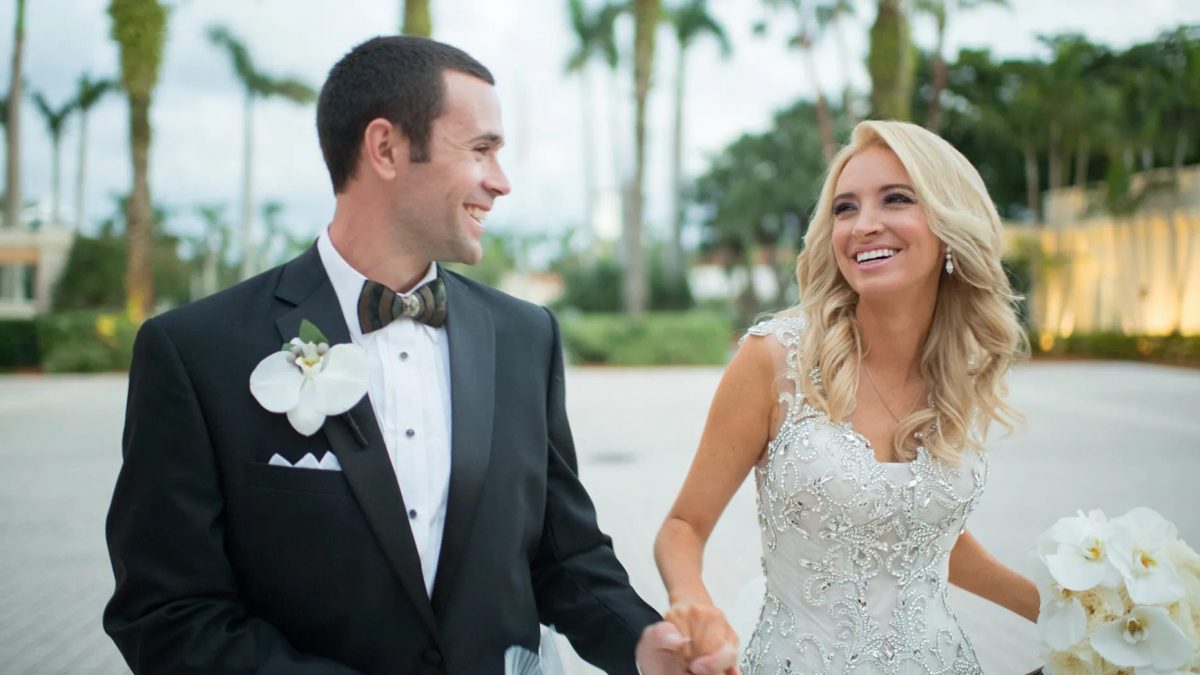 Kayleigh McEnany and Sean in 2017

After completing her education, McEnany assisted Tom Gallagher, George Bush, and A. Putnam while she was still in college. She then went on to work in the WH Office for Communications, where she authored press briefings. McEnany made a paid commentary appearance on CNN while she was still a law student. Her most laudable accomplishment, though, was running Trump’s presidential campaign in 2016. Late in 2017, McEnany resigned from her job at CNN, and the next day, she successfully ran a 90-second webcast on Trump’s Facebook page. She was very critical of Obama’s policies while he was president, which helped her appeal to Trump’s followers. 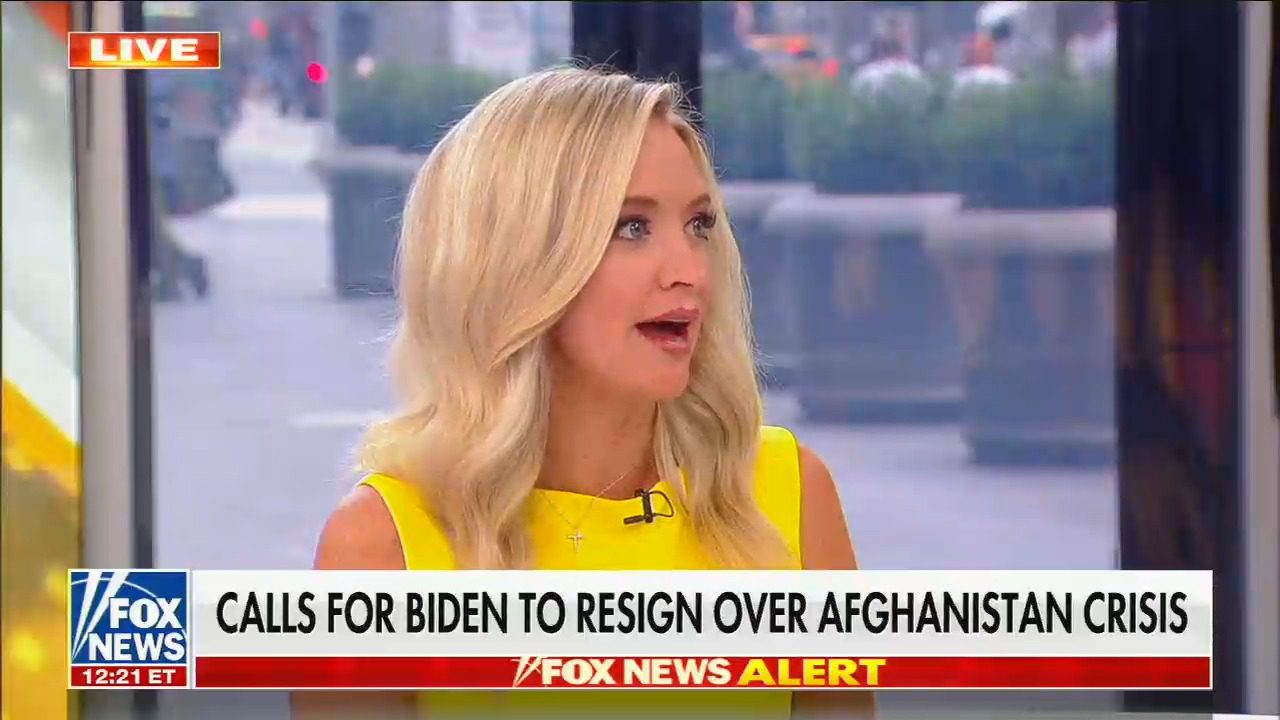 Later that month, McEnany was appointed the Republican Committee’s national spokeswoman. She and Schuster wrote The New American Revolution together in 2018. In early 2019, Kayleigh was bestowed with the position of press secretary of the nation for Trump’s campaign for re-election. But regrettably, the fallout from Trump’s victory drove McEnany back to Fox News, where she had first started. She decided to join her old employer again as a news analyst in early 2021. Currently, she shares the role of a co-host on Outnumbered with Emily Compagno and Harris Faulkner.