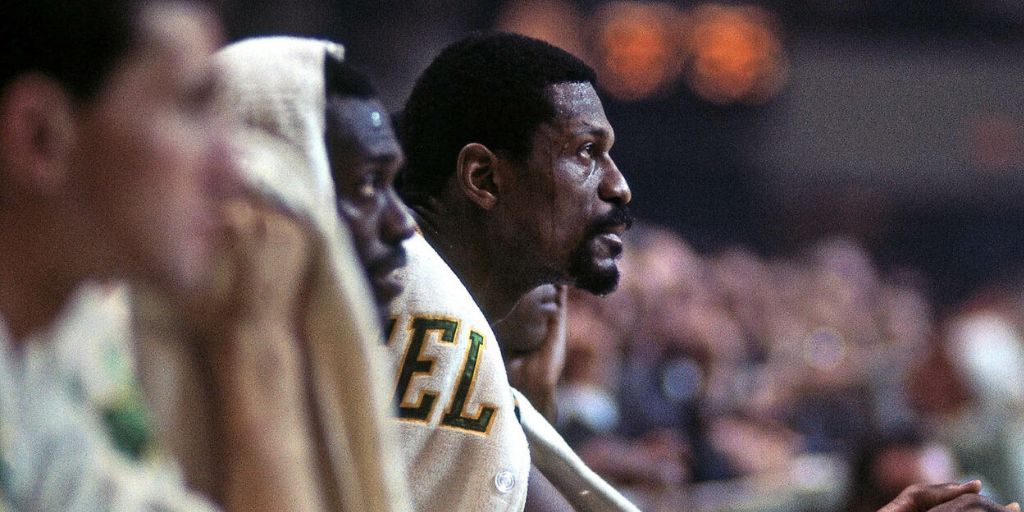 Bill Russell’s highly respectable and virtuous leadership of the Boston Celtics dynasty is the soulful legacy the player has left us behind with. Basketball always came easy to him, and now that he’s left for his heavenly abode on July 31, 2022, at the age of 88, we’re here to celebrate the unsung hero’s heritage. He could’ve joined the Sacramento Kings (then Rochester Royals) back in 1956, however, the team failed to pay him the bonus of $25,000 upon joining them. Boston Celtics’ Red Auerbach paid him the due credit and drafted him for the Celtics. Following this, in 1957, Russell helped the team attain the championship title, thereby acquiring the 1957 Rookie of the Year award.

His unconventional defensive play as a Center was quite startling while, at the same time, something to marvel at. However, playing in the ’60s as a black player wasn’t always easy for the sportsman. Activism for Black rights was an integral part of his life and character. Sensitized by the inhuman and atrocious adversities challenging his parents all through his childhood, Bill Russell understood racism to be a “wall which understanding cannot penetrate”.  He even boycotted an NBA game alongside fellow black members Satch Sanders and Sam Jones. The whole event came to be known as the 1961 Boston Celtics boycott as a waitress denied to attend the two team players at a cafe (Phoenix Hotel).

In 1980, the Professional Basketball Writers Association of America even announced him to be “The Greatest Player in the History of the NBA”. Here’s to looking back at the Basketball genius who later came to be known as “The Secretary of Defense“. 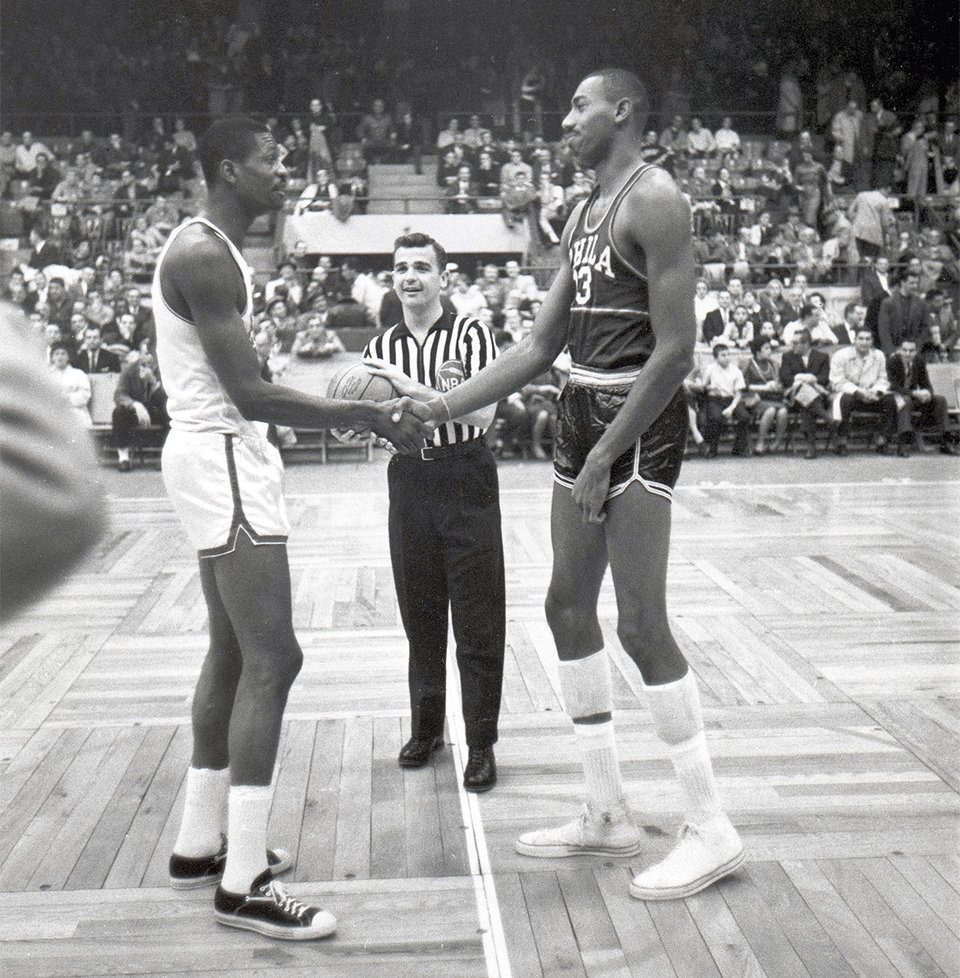 Bill Russell and Wilt Chamberlain, as seen before their first game against each other in 1959. The two were close friends but had a long-running rivalry and even share the feat of having grabbed more than 50 rebounds in a single game (being the only two players in the history of the NBA to have achieved this) [Cr: Twitter @si_vault]

How Many Rings Does Bill Russell Have?

Bill Russell tops the charts with his record-holding stance as the NBA GOAT who has the most number of championship rings. He achieved this feat by winning 11 rings in his playing career of 13 seasons, ultimately granting him the nickname “Mr. 11 Rings“.

Which Position Did Bill Russell Play?

Born in 1934, Bill Russell, one of the greatest basketball legends of all time, went on to play and win several championships for the Boston Celtics. He was drafted in the team’s name in the year 1956 and was the third pick for the Celtics in the first round itself. He played as the centerpiece for the team and won all his championship rings during his Celtics tenure. 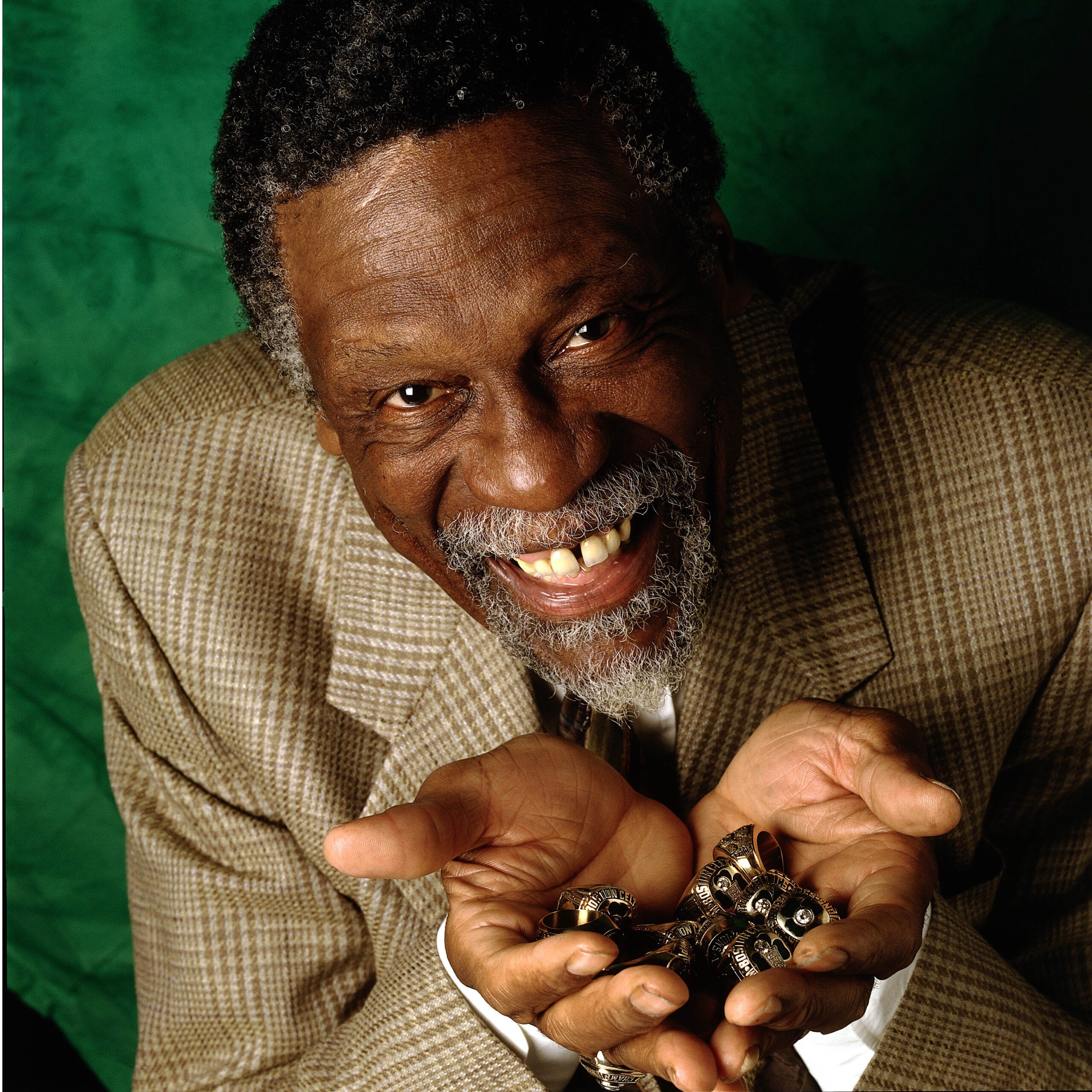 Bill Russell the late NBA legend with the most championship rings.

What do These Rings Symbolize?

A very valid question raised by many is about what these rings stand for and why they hold such gravity in the NBA arena. The NBA Championship rings are deemed to be the highest honor that is bestowed upon Basketball players once their team overturns the annual NBA finals victory chart in their favor.  Each member of the team – all the team players as well as the staff – gets their own ring. 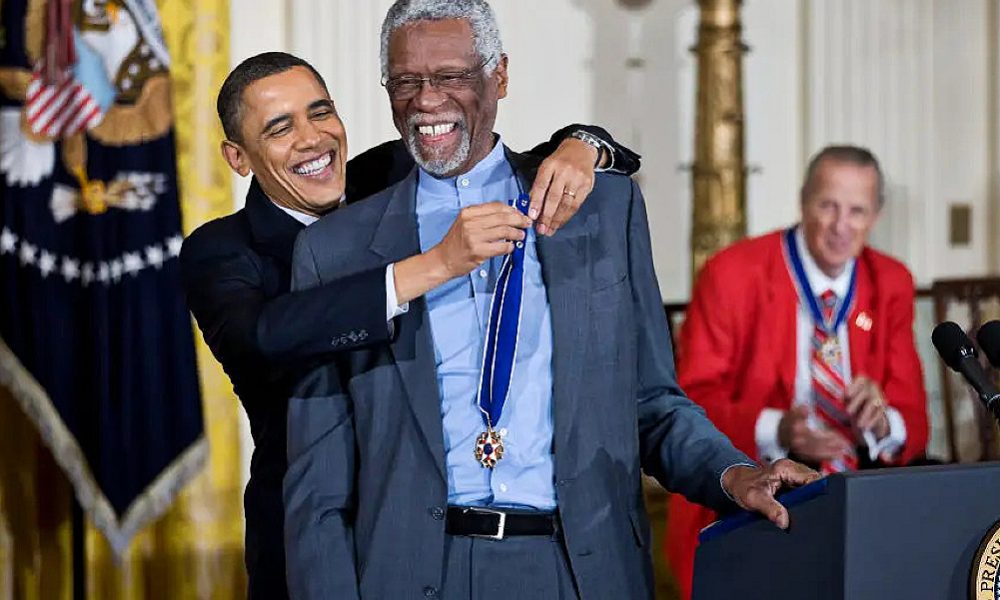 Bill Russell was awarded the Presidential Medal of Freedom in 2011 by Barack Obama.

The Boston Celtics and the Los Angeles Lakers are currently tied at 17 rings each for having won the most number of championships in the history of the NBA. Russell’s life was inspiration personified which is why his words still ring a true bell. For him, there was “nothing miraculous about the process” of success. It was a sheer “result of consistent practice of winning skills and actions“. And for this pure dedication, Bill Russell was also honored by Barack Obama with the Presidential Medal of Freedom in 2011 for all that he did on the court, likewise in the Civil Rights Movement too.

Make sure to check out the “In Memorium” video released by NBA’s official YouTube channel commemorating Bill Russell’s legacy.