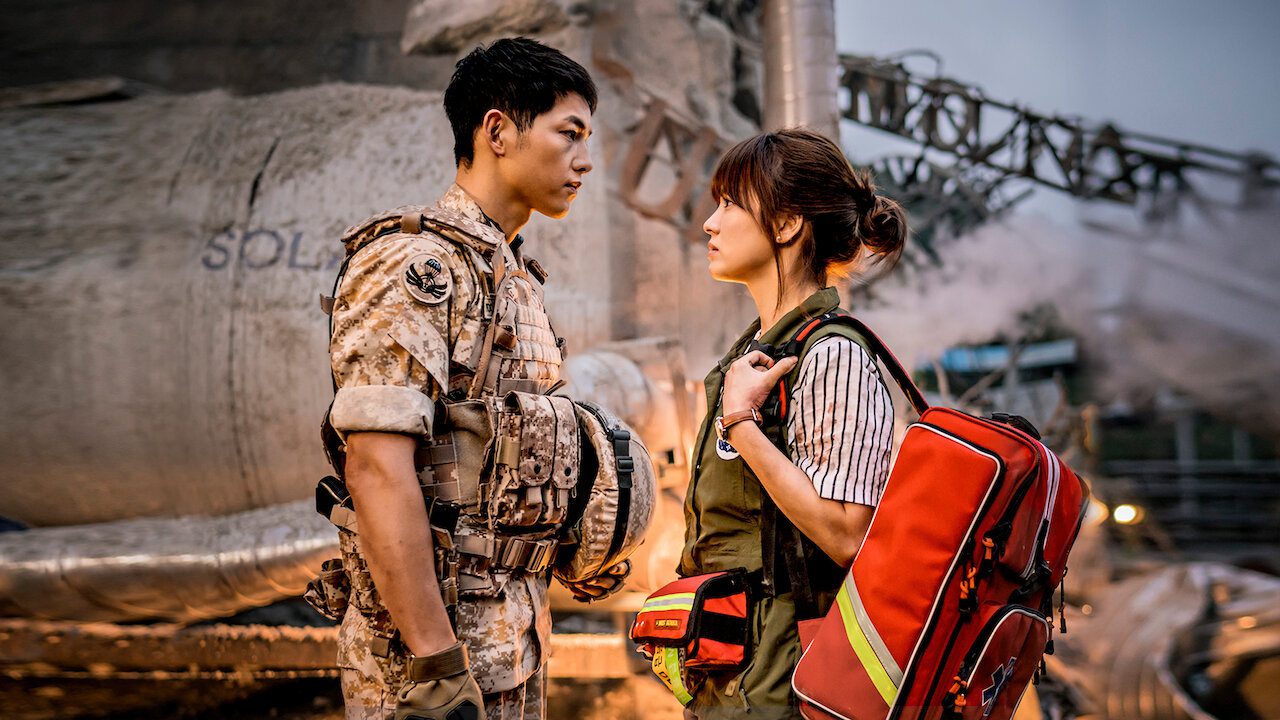 The story follows Yoo Shi Jin, the Captain and team leader of the Alpha Team. For him, his work comes before anyone else. He prefers to save lives and does everything in his power to save the country. Even if it means going against his superiors. On the other side, we see Kang Mo Yeon, a cardiothoracic surgeon at Haesung Hospital. She’s a pretty and assertive woman and isn’t afraid to admit her mistakes. As Mo Yeon and Shi Jin come into each other’s lives their perspective towards lives starts to change. Their journey is one of the captivating stories in the k-drama world. Descendants Of The Sun Ending: A still from the k-drama.

Descendants Of The Sun Ending: Did The Lovers Reunite?

Whenever we talking Descendants Of The Sun Ending, we can’t help but think how all of us got fooled. All of us and Mo Yeon thought that Shi Jin died. A year passed and all of us were heartbroken and in shock. But standing in the Urk dessert all alone, she saw him approaching him. Telling her how difficult the mission was the two lovers hugged for life. On the other side, as Myeong Joo stood out in the snowfall, Dae Young held her and told her that he’ll never leave her again. While everyone was happy with that the men came back and our ladies got the love of their lives back. One question arising in everyone’s mind was “Weren’t they killed in a bomb strike”?

As Myeon Joo asked him the question, Dae Young told her that before the bomb exploded, the militia dragged them to a shelter. Held captive for 3 months, the next step in their life was to be dead, as the militia was dispersing. And as they were about to be killed, an anonymous masked man attacked the militia and saved them. The masked man was non-other than the North Korean soldier paying back what owed to the army. While Mo Yeon was still not over the fact Shi Jin was alive and in front of her, hearing his story made her doubt her reality once again. 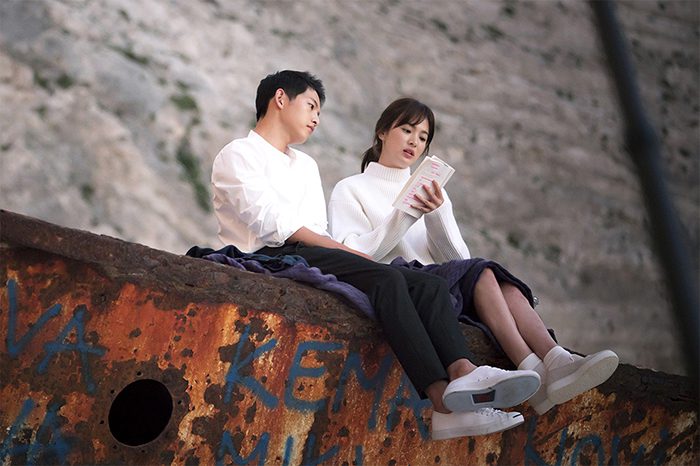 Descendants Of The Sun Ending: A still from the k-drama.

Descendants Of The Sun Ending: What Happens Back In Korea?

Back in Korea, Shi Jin and Dae Young were welcomed with open arms by Lieutenant General Yoon. The Alpha team was thrilled as well seeing their mates come back without any injury. After all the formalities, Mo Yeon and Shi Jin met up once again. Now back together, the two lovers are catching up on all the things they’ve missed till now.

Not long after Myeong Joo comes back to Korea as well and reunites with her lover. Meeting each other’s families and doing more couply things, the lovers start catching up to the moments. And with time they fall in love more and more. As the Descendants Of The Sun Ending approaches, we see everyone joining Daniel at his wedding reception in Vancouver Canada.

As the wedding rituals continued, Dae Young caught the bouquet. Together, everyone was celebrating and all of a sudden life happens. The light goes off. And it comes back, the notice of volcano eruption fills everyone’s ears. Getting back into the savior mode, the doctors and officers get back to their forms in a second.

Also Read: Kill Me Heal Me Ending Explained: What Happened In The Cha Do Hyun’s Past?