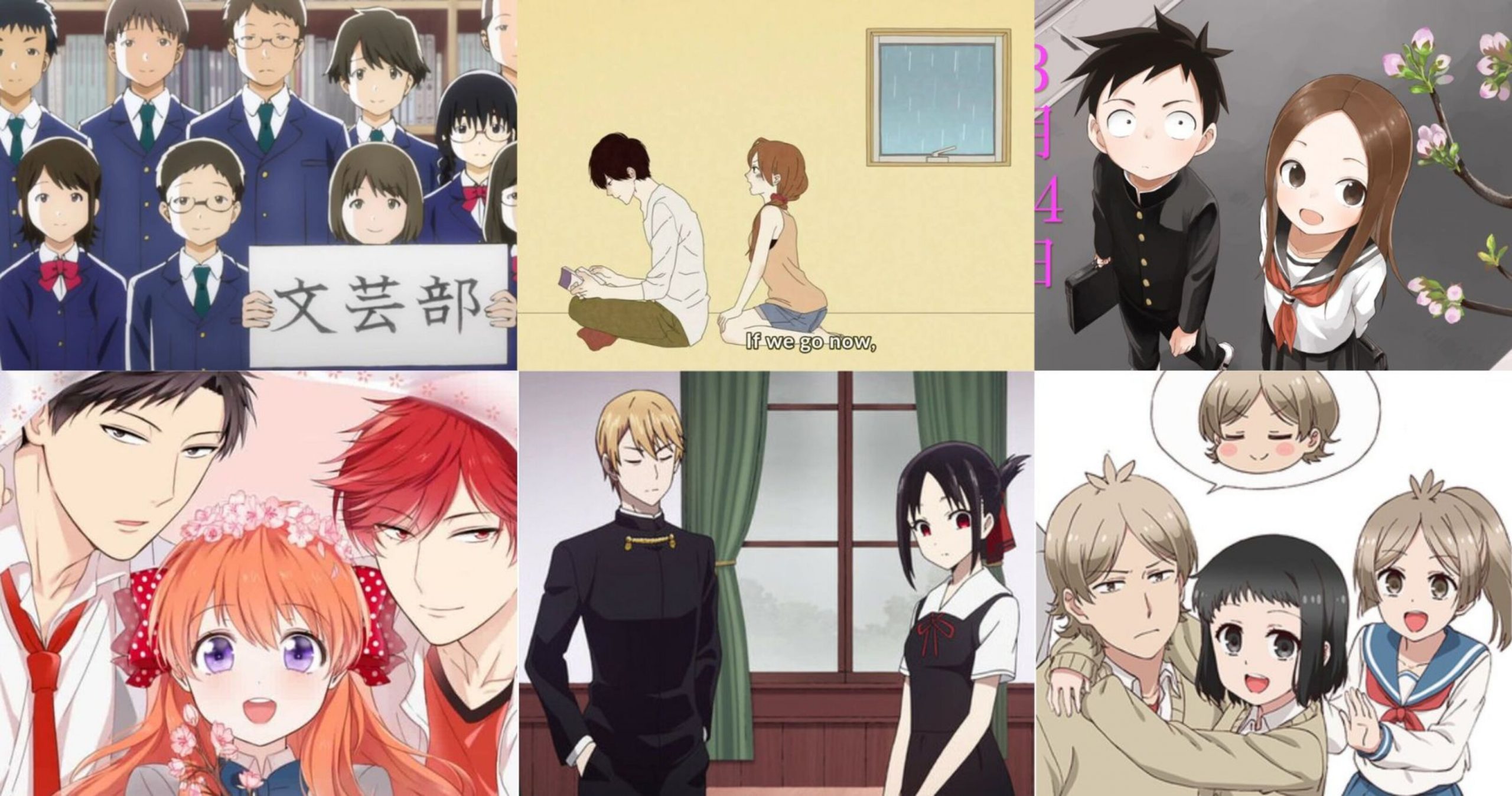 Tsurezure Children is an adorable anime series that tells the stories of a number of young couples who grapple with the challenges that young love can bring. With no clear guidelines on how to act in certain situations, most of these couples end up flailing around in an entertaining performance that will remind you of your high school days and failed relationships.

It tells the story of various characters who are stuck with their feelings of “I love you” and don’t know how to express them to others. If you’ve seen every route up to the end, you might want to see more romantic comedies. To keep you entertained, we’ve compiled a list of 10 Anime like Tsurezure Children. Series such as Tsuki ga Kirei is cute series about first loves and coping with them. Both films do a really good job of portraying youth and simple crushes, from unlikely pairings to the challenges of letting someone know that you like them.

High school student Takeo Gouda is tall and muscular. Due to his intimidating height, he struggles to find a girlfriend. But deep inside, he has a big heart and is known for his bravery and chivalry. The best friend that Takeo has, Makoto Sunakawa, is stylish and handsome. Makoto doesn’t need to put forth any effort to win the hearts of the girls, even those that he likes. 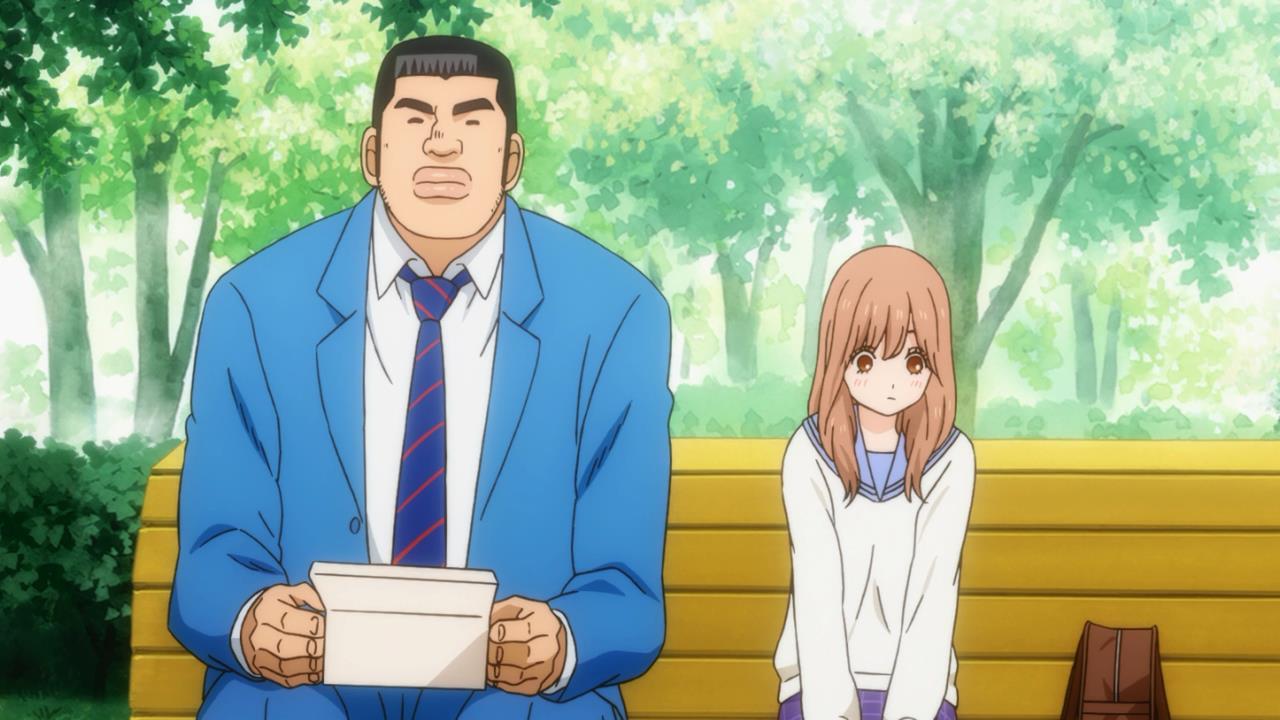 Rinko Yamato is a very pretty and shy girl. When Takeo saves her from molestation, he falls in love with her immediately. But thinking that she also likes Makoto, he hides her blossoming feelings for her and instead sets her up with his best friend.

9. Araburu Kisetsu no Otome-Domo yo (O Maidens in Your Savage Season)

Kazusa Onodera and Izumi Norimoto play and laugh together like little kids. But as they grow older and become teenagers, Kazusa begins to develop feelings for him in addition to other girls too. Since she cannot avoid Izumi’s feelings, she distances herself from her. 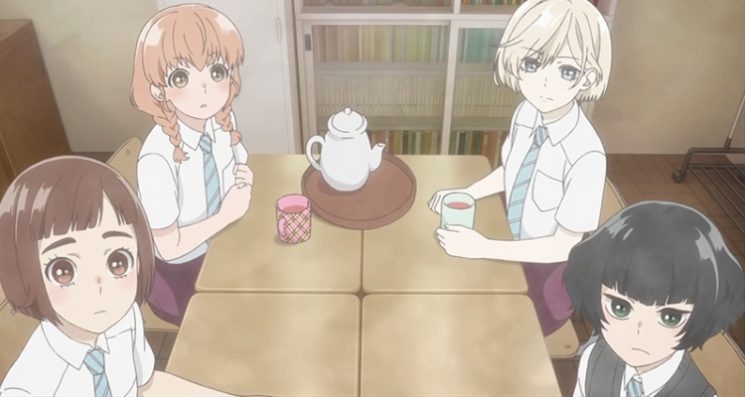 As her club is about to disband, and as she interacts with Izumi during his private moment, Kazusa is thrown into a spiral of emotions. All of these events cause Kazusa to convey her true feelings to him. At the same time, the club members need to keep working hard to keep the club alive.

Umetarou Nozaki, a high school student, doesn’t acknowledge Chiyo Sakura’s feelings for him. When Chiyo Sakura confides in him, he offers her an autograph as if she were just a fan. In the meantime, he asks her to visit his home, where she learns that Nozaki is a famous Shojo manga artist. 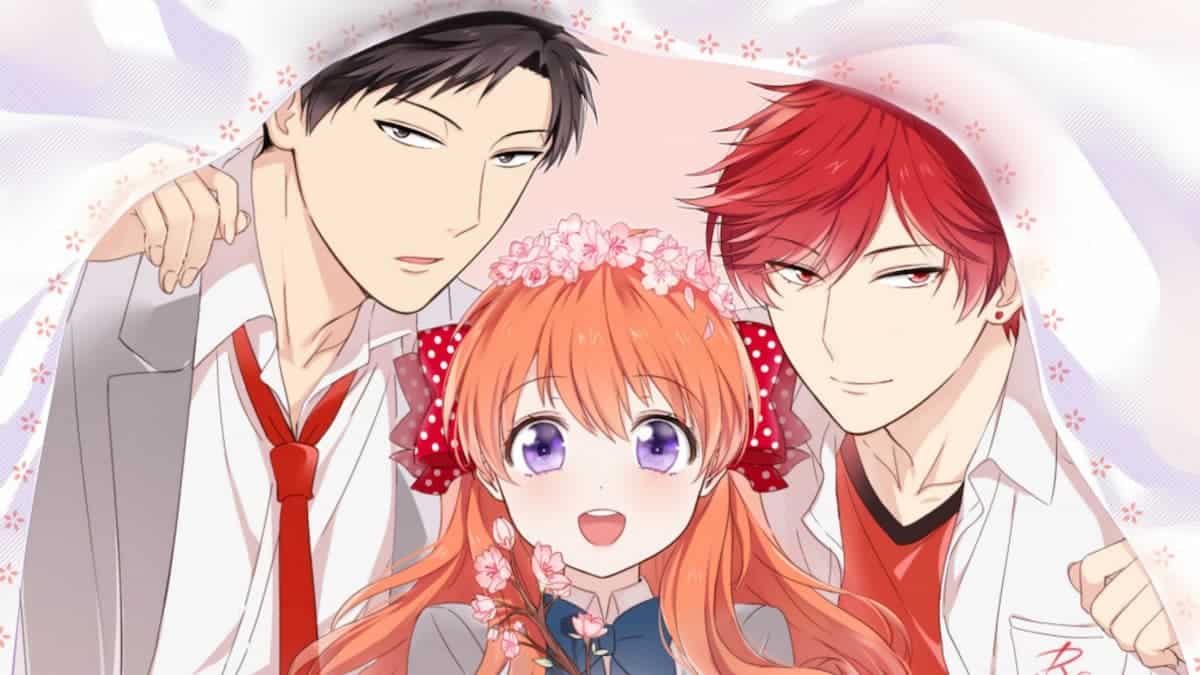 He writes under the pseudonym of Sakiko Yumeno. He offers Sakura a job as his assistant, an offer she readily takes just to become his friend. Koi Shiyo (Let’s fall in love) is the first manga that he and his classmate, Aya, begin working on together. As their story develops, they interact with other classmates, who inspire and assist them in writing the complete manga.

7. Tsuki ga Kirei (As the Moon, So Beautiful)

Initially, complete strangers, Kotarou Azumi and Akane Mizuno, start to develop feelings after a few chance encounters. While they are both aspiring writers, their track team member is a track team member. Working together at festivals and talking on the internet has helped them get to know each other better. 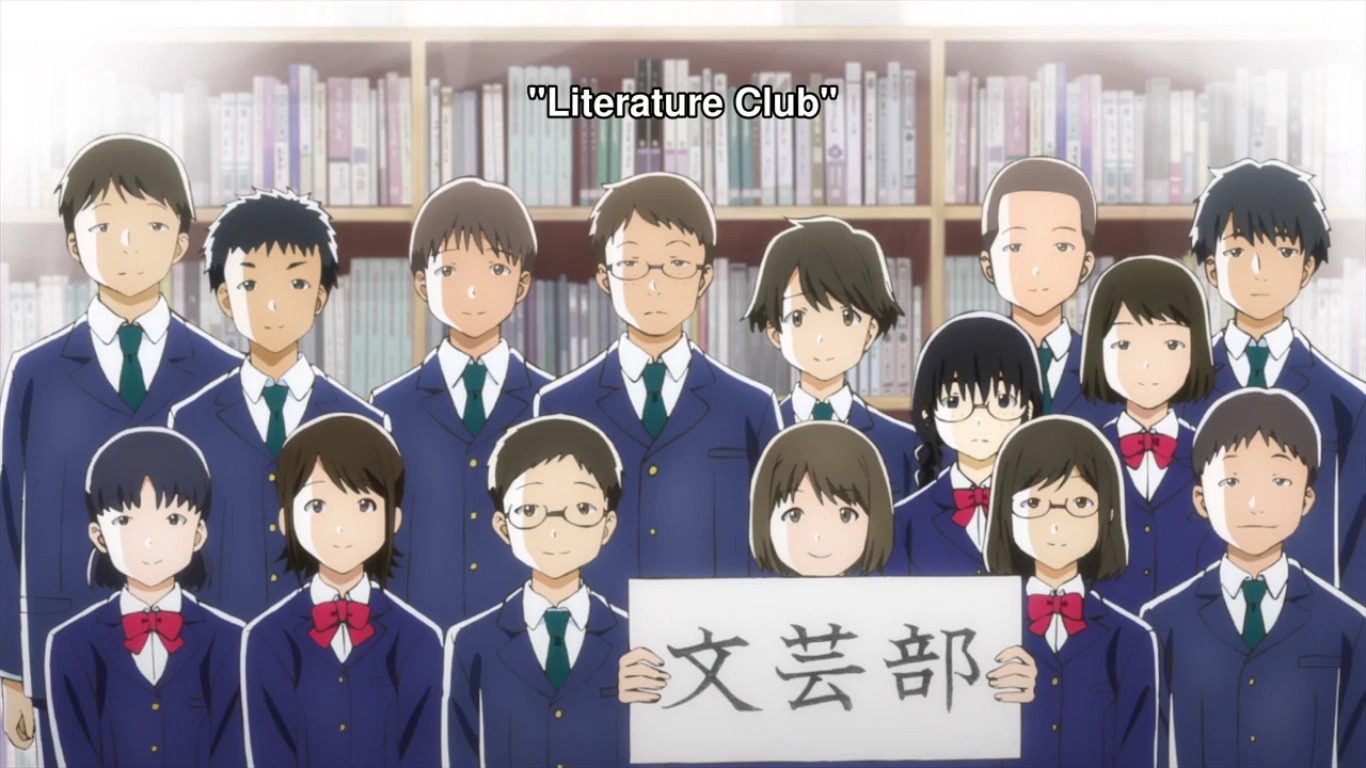 Tsuki ga Kirei (As the Moon, So Beautiful)

Although they found love gradually, their anxiety prevents them from expressing it fully. They decide to keep their feelings to themselves, unaware of what lies ahead on the path. On one memorable night, Katarou finally speaks to Akane, transforming their silent relationship into a forever relationship.
Also Read: Best Anime Like Snow White With The Red Hair That You Need To Watch

Takagi and Nishikata are friends who sit next to each other in class. Out of love, Takagi enjoys playing mischievous pranks on Nishikata to make him laugh. 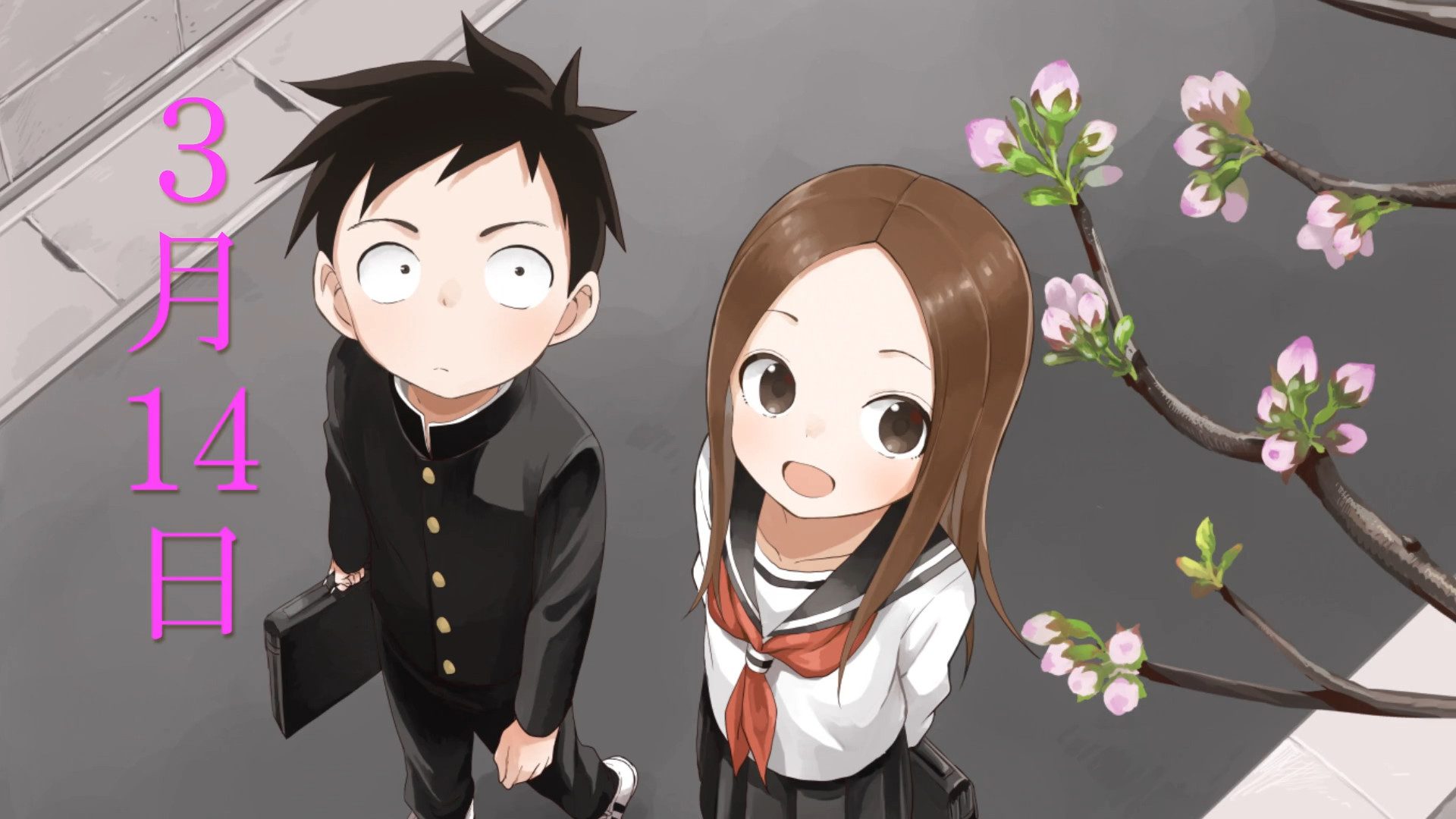 Despite Takagi’s strong instincts, Nishikata never reciprocates. She knows him inside out and is able to predict his behavior before he takes action. Now it is Nishikata’s mission to exact revenge. However, since Takagi has such strong instincts, he is in a bind.

Even in difficult circumstances, it is possible for some people to count on a reliable companion to lend a hand. They can share their stories and lessen their worries when they have a partner. Alternatively, some people have that special someone they can randomly embrace and feel strong immediately. 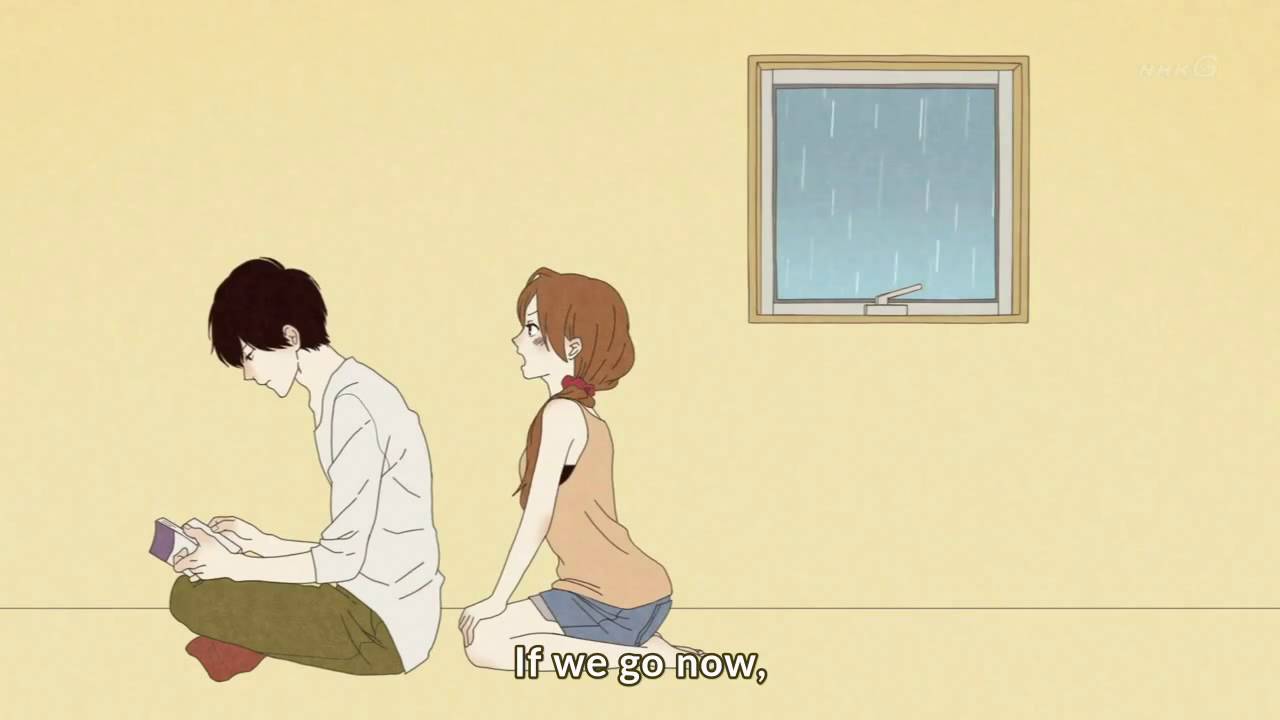 Regardless of the situation, everyone has someone in their life who they can rely on as their closest ally during tough times. Here’s the story of Honobonon Log. The sweet and short anime discusses the possibilities and pitfalls of couples and families. It also discusses the reactions of couples in different common situations.

It seems that love is rising at full speed at Sakuragoaka High School. Natsuki has finally summoned the courage to confess her feelings to Yu Setoguchi, her childhood friend. But just as she is about to confess, she fakes it as a practice confession due to her overwhelming emotions. 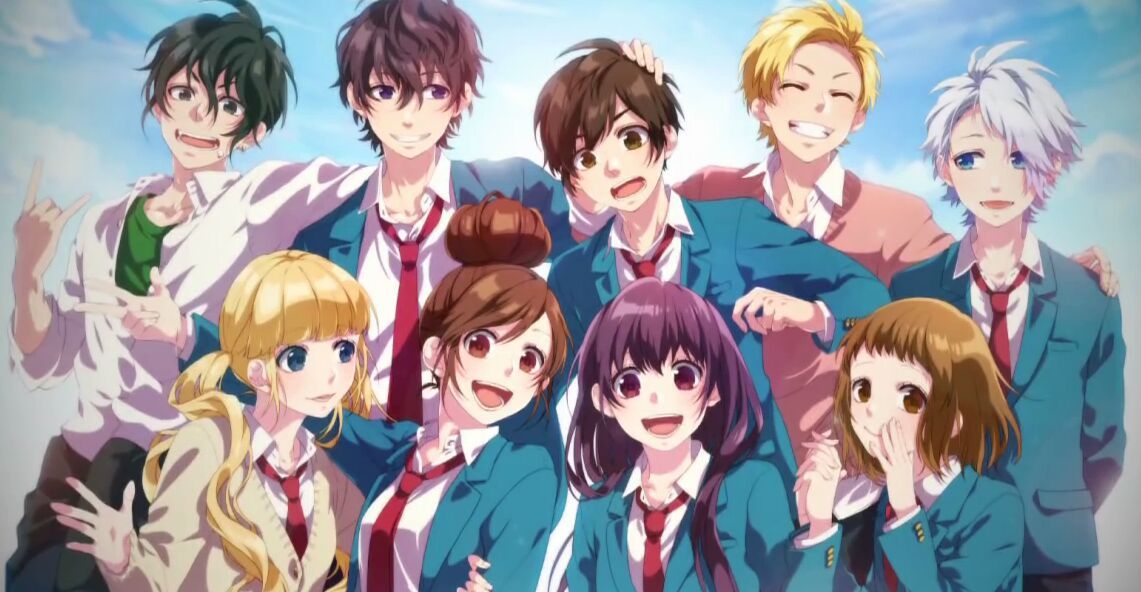 She believes that Yu will find the right person for her, but it’s not just Natsuki who is having a hard time confessing her feelings to her, it’s also her classmate Koyuki who is having difficulty expressing himself to Natsuki. But Koyuki is determined to win Natsuki’s affections. Natsuki and her friends are all equally oblivious to their feelings in Zutto Mae Kara Suki deshita: Kokuhaku Jikkou Iinkai. As the story progresses, traces of unrequited love and unspoken feelings emerge.

As Takukoi Limited unfolds, it examines the love lives of eight girls in middle school and high school, as well as their relatives and classmates. Each chapter centers on a particular character. Several segments from previous episodes are shown on each episode as supporting characters. 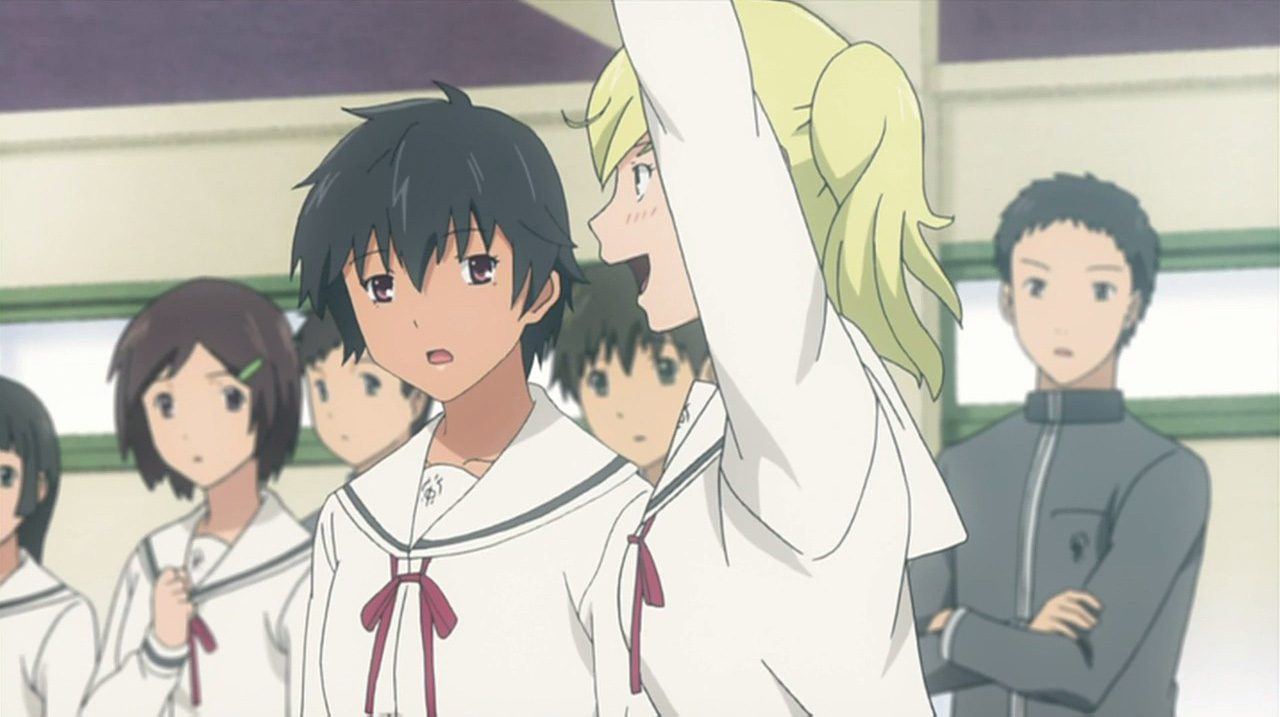 Shuchiin Academy’s student representatives, Shinomiya Kaguya and Shirogane Miyuki, are well respected by their peers. Shirogane is the student council president there. Despite being the vice-president of the student council, Kaguya is the daughter of the Shinomiya family. She is extremely intelligent and excels in every field. this is a similar anime like tsurezure children. 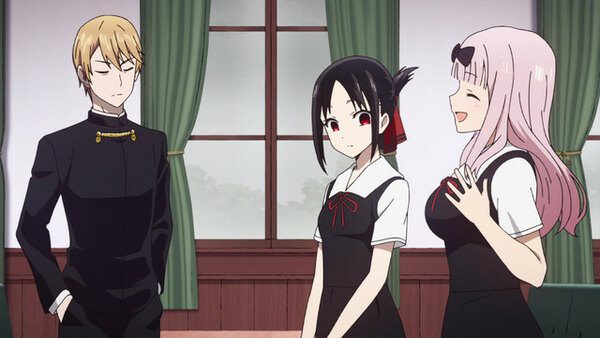 They are the envy of all the students and are regarded as the perfect couple by the entire student body. The two of them feel strongly for each other but are reluctant to admit it. To maintain honor and pride, they prefer to keep their feelings a secret, but how long can they hide their feelings for each other?

Akkan (Atsuhiro Kagari) is cruel and conservative towards his girlfriend Nontan (Non-Katagiri). Nontan is his dream girl, and he is obsessed with her such that he stalks and follows her everywhere. The embarrassment Akkun feels when he displays PDA (Public Display of Affection) causes him to act mean to his girlfriend almost on a constant basis. 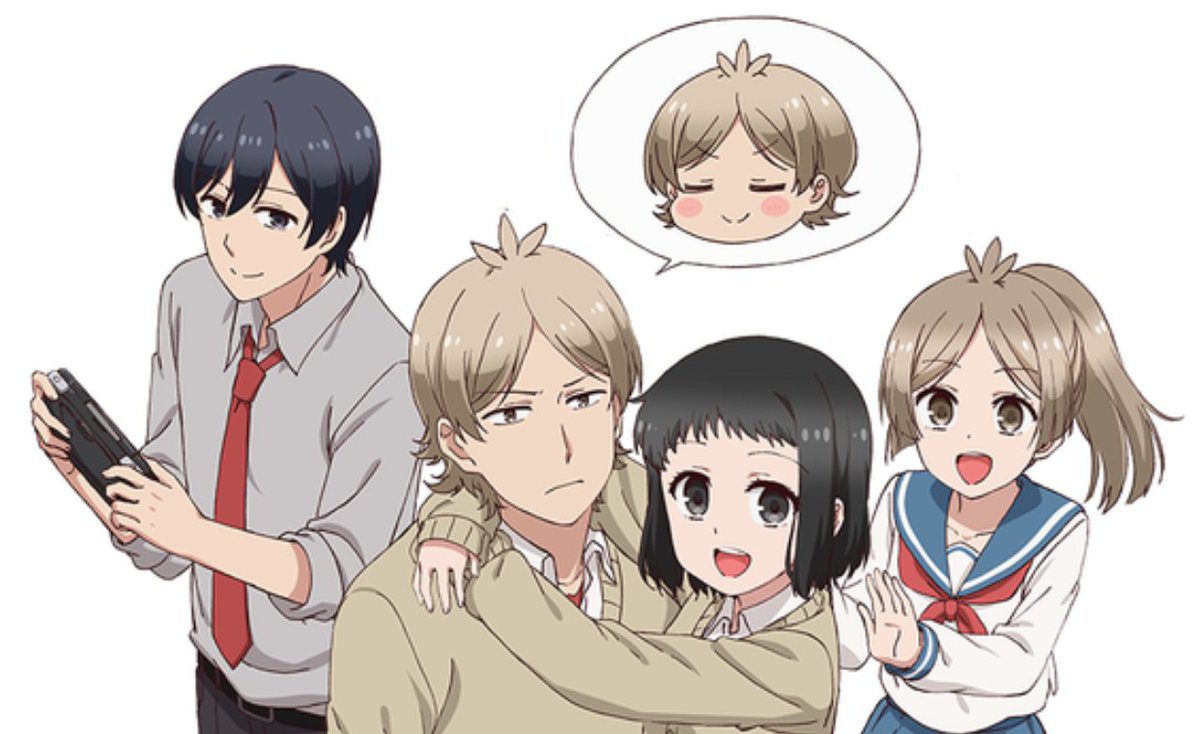 While everyone thinks the link-up is weird, Nontan is head over heels for her sweet tyrant. Akkun has his own way of showing affection, and Nontan appreciates him as she never hates his insults.