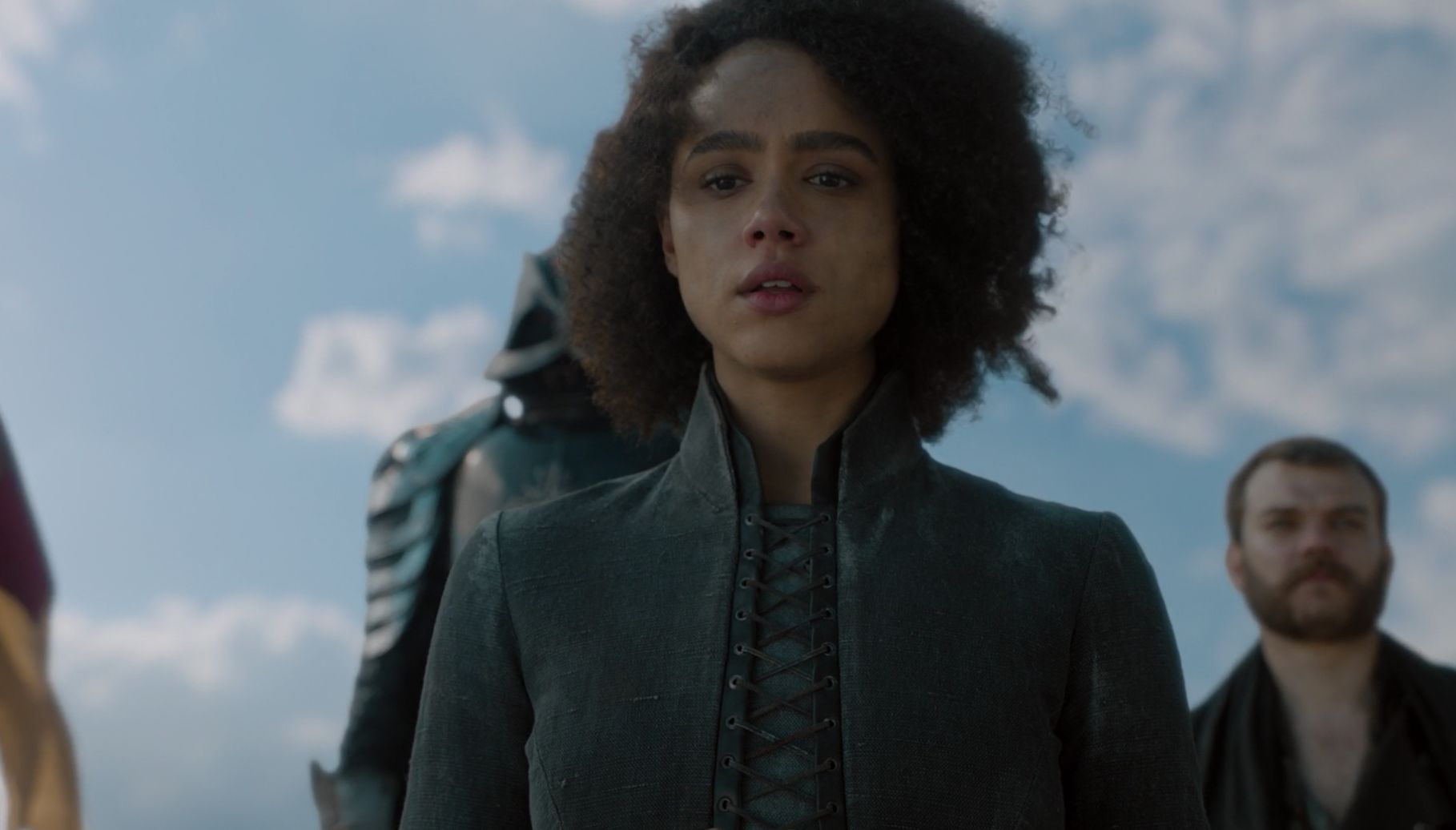 Few people anticipated that “The Last of the Starks,” the fourth episode of the final season of Game of Thrones, would be more unpredictable than the suspenseful episode that came before it. However, the show’s transition to King’s Landing following the Battle of Winterfell turned out to contain a number of unexpectedly stunning events.

One of the most important was the horrifying demise of a prominent character, information about which was leaked online before to the episode’s airing. In the hours before the show’s broadcast, a brief clip from the episode that went viral included the killing without any explanation, which caused confusion and fury among many Game of Thrones fans.

Following the airing of the episode, it became apparent that the character’s demise served a broader storyline shift for another adored character, one that many fans aren’t too fond of. Fans’ fury about this specific death has very good justification, both because it serves as a worrisome illustration of a persistent thematic issue for Game of Thrones and because it may have implications for the fight for the Iron Throne.

Game of Thrones debuted Missandei as the Good Masters’ interpreter and controller of the Unsullied sellsword army. She helped free the Meereen slaves after being set free, made her way across the Narrow Sea to Westeros, and withstood the Battle of Winterfell against the Night King. She thereafter served as Daenerys Targaryen’s friend and advisor. It’s amazing how little we learned about Missandei as a person, though, considering how long she was on the show. It is only brought up to viewers’ attention in the last season, during one of her biggest moments. 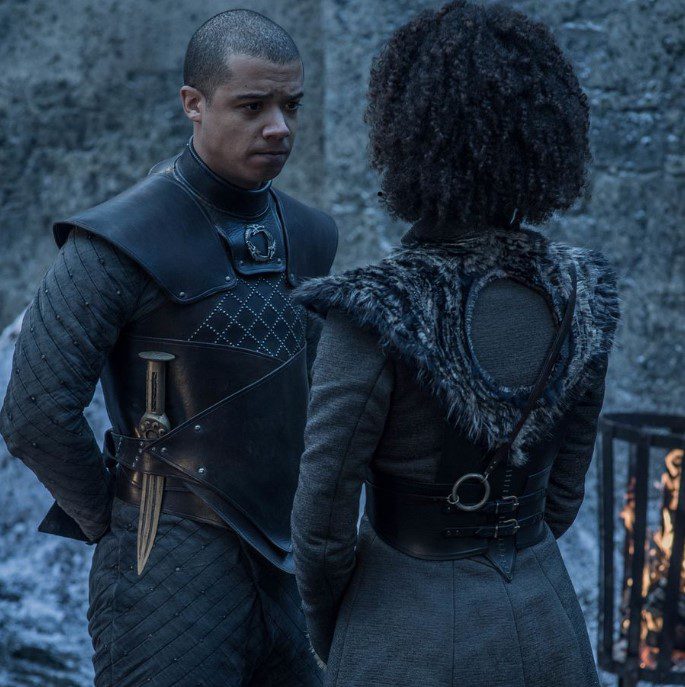 After the Battle of Winterfell and some difficulties determining Jon’s actual parentage, Daenerys and what’s left of her soldiers prepare to travel to King’s Landing by sea with the intention of stopping at Dragonstone.

Unfortunately, Euron Greyjoy and his navy are there to meet them, and as they smash Dany’s ships with enormous arrows, they manage to kill not just Rhaegal, her dragon, but also a large number of her soldiers. Missandei is taken prisoner in the subsequent melee and brought to Cersei in King’s Landing to serve as bait. 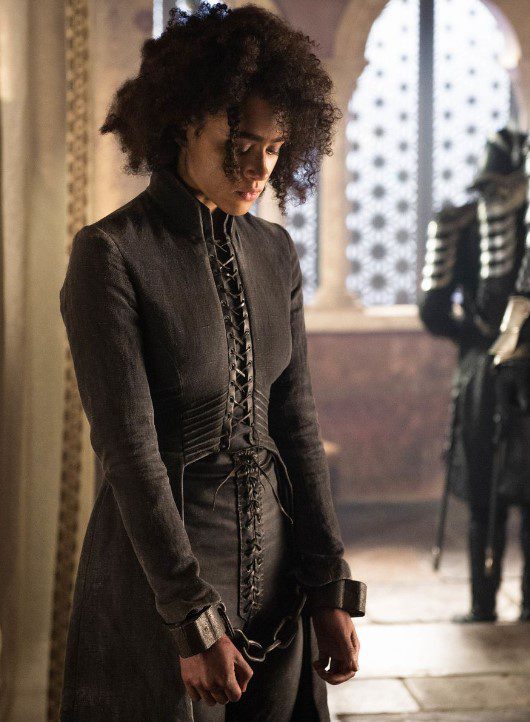 From there, a challenging issue develops: how would Daenerys save Missandei without obliterating King’s Landing? Dany thinks that her best course of action is to send a portion of her army to King’s Landing and demand the release of her devoted confidante as well as Cersei’s capitulation. Tyrion engages in the conversation with Qyburn, making it plain that Cersei prefers Dany to submit and will take nothing less. To speak with his sister directly, Tyrion decides to march up to the castle wall where Cersei, Euron, Missandei, and the Mountain are positioned.

Even though practically everyone thinks she is a monster, Tyrion assures her that she is not one. Even when your rule is gone, your life need not come to an end. Your infant need not pass away as a result. As almost everyone anticipated, Cersei takes exception to this and tells Missandei in a whisper that “now is the time” if she has any final words. Missandei was a determined warrior until the very end. Then came a single, lethal strike of the sword to sever her head. Tyrion turns away with an expression that almost approaches shame as Daenerys is visibly shocked. 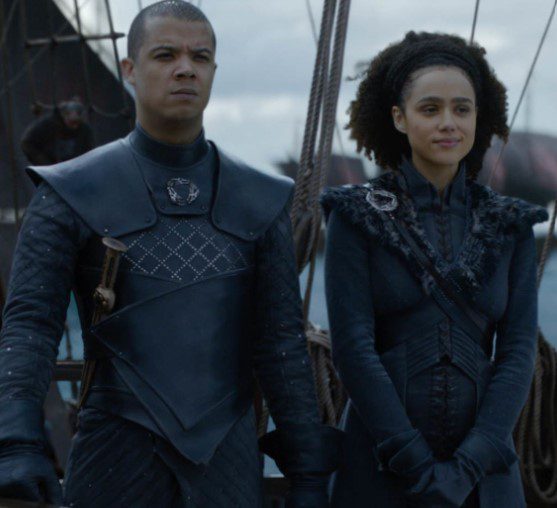 Her last words complicate her legacy even further. Cersei inquires with Missandei if she has any final remarks before directing her to be put to death. Dany orders her dragons to burn anything in front of them, and Missandei responds with “dracarys,” the High Valyrian word for dragon fire.

Although it appears to be a strong and defiant last statement, Missandei is aware that it has a complex past. Dany has nearly always used that word in her most dubious moments as a ruler, deciding to ignite a problem than put it out.

Missandei pushes Daenerys farther to an extreme as she approaches the Iron Throne, and others around her worry that she poses a risk. Dany will lose all of her allies if she decides to burn King’s Landing to the ground after hearing Missandei’s last advice. Even in her final moments, Missandei served more as a weapon to influence Dany than as a stand-alone figure. 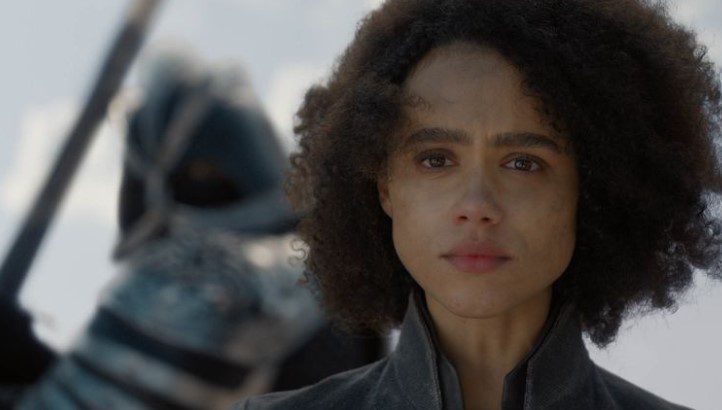 In which episode does Missandei die?

In Season 8, Episode 4, Game of Thrones killed off Missandei, loyal adviser of Daenerys Targaryen. It was a particularly brutal death, the former slave was put in chains by Cersei Lannister, then beheaded by the Mountain, which sparked backlash, not least because it amplified the show’s enduring racial blind spot.

Also Read: Taylor Hawkins and Alanis Morissette Relationship: All To Know About it