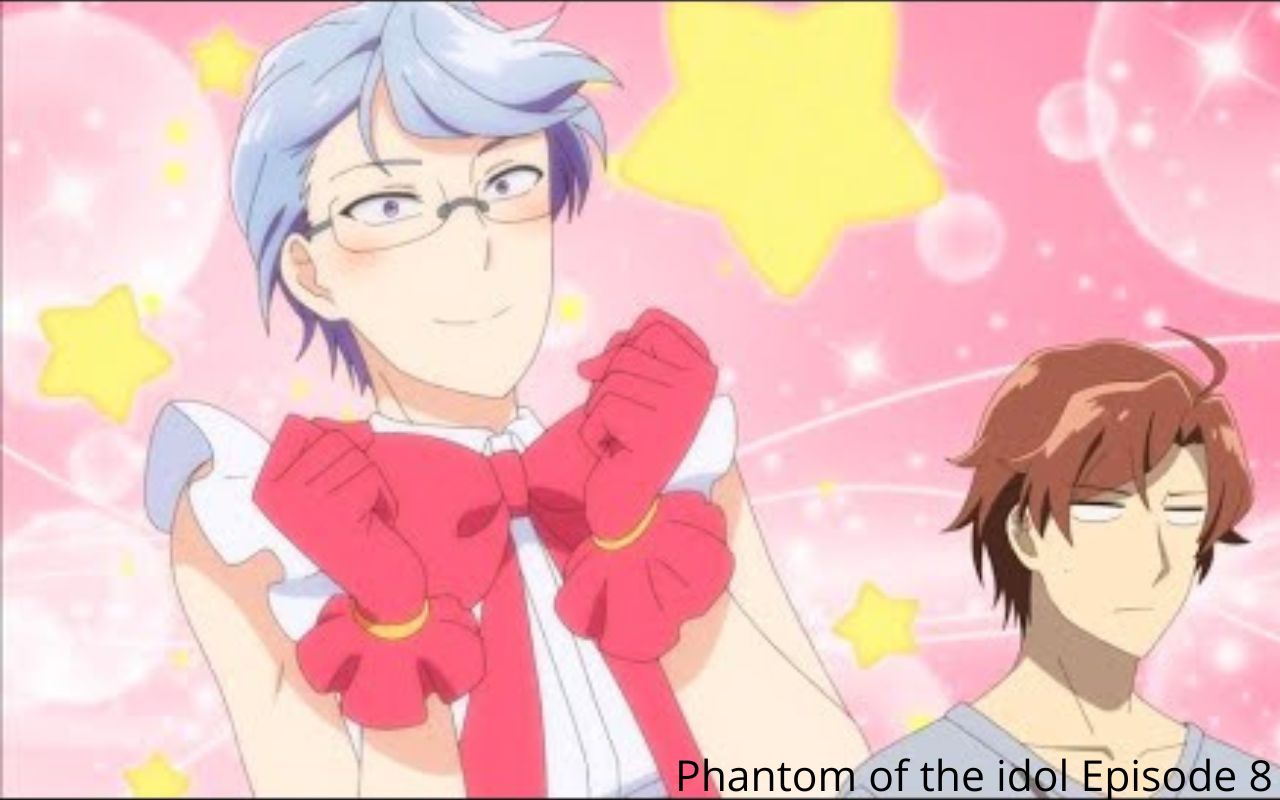 Setouchi Hikaru is still on Yuuya’s tail. The upcoming episode will be full of fun and drama. Cosplays, beach vacations, and ZINGS drama are a few things we will witness in Phantom of the idol Episode 8.

First, let’s see the Phantom of the Idol storyline and description. In the Idol industry, Yuuya is an Idol for money. He entered it because he wanted easy money. However, he isn’t pleased with the fanservice, performances, and other stuff. Yuuya’s emotionless efforts in his performance lack a great deal of fanservice. Despite being a relatively unknown idol, he still manages to get some fans as one of two members of the group Zings.

After meeting Asahi, she was an idol before death and is now a ghost wandering around in the mortal world, his carrier as an idol takes a U-turn. Her beauty and youth made her one of the most recognizable idols in Japan. A year before her encounter with Yuuya, a car accident killed her. Her burning desire to perform as an idol and live up to her fans’ expectations is why she is still on earth. Occasionally, Yuuya could give his body to her, as he was the first to see her. In exchange, he gave her his body so she could perform as an idol; that’s all since it also benefits him. It wasn’t long before things went south! 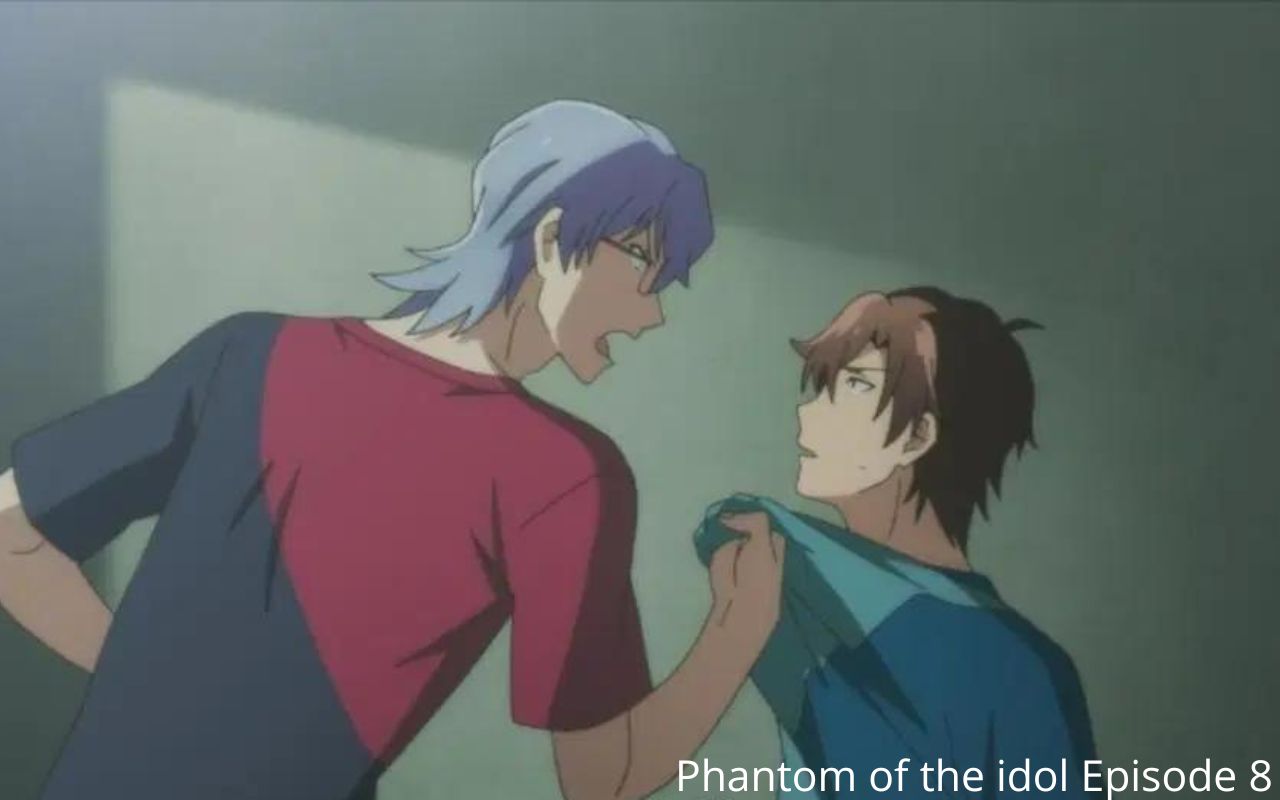 Phantom of the idol Episode 7 Recap

Setouchi Hikaru is not letting Yuuya take a breather. In episode 7, Setouchi Hikaru made a website containing every performance ZINGS  performed in chronological order. He intended to spread bad influence about  ZINGS on an online platform for discussion. But his intentions failed because Yuuya’s fans know who Yuuya is and like him as it is. After his inevitable failure, he again went to the ZINGS concert to spy on them. On the other hand, Yuuya and  Asahi discuss what to do with Setouchi Hikaru and his anti-Yuuya fashion.

Asahi has a unique thought process. She loves everyone who engages with her in any medium. She told Yuuya to win Setouchi Hikaru’s heart with his performance. Setouchi Hikaru is a die-hard fan of perfect idolism, full of joy and positive energy. We see a brief view of Setouchi Hikaru’s past and how he becomes an Idol. He was once lost in his thoughts and started feeling things around him were meaningless. One day he saw Asahi’s performance and seeing her flipped his whole world. He became an Idol just in hopes of meeting her someday. 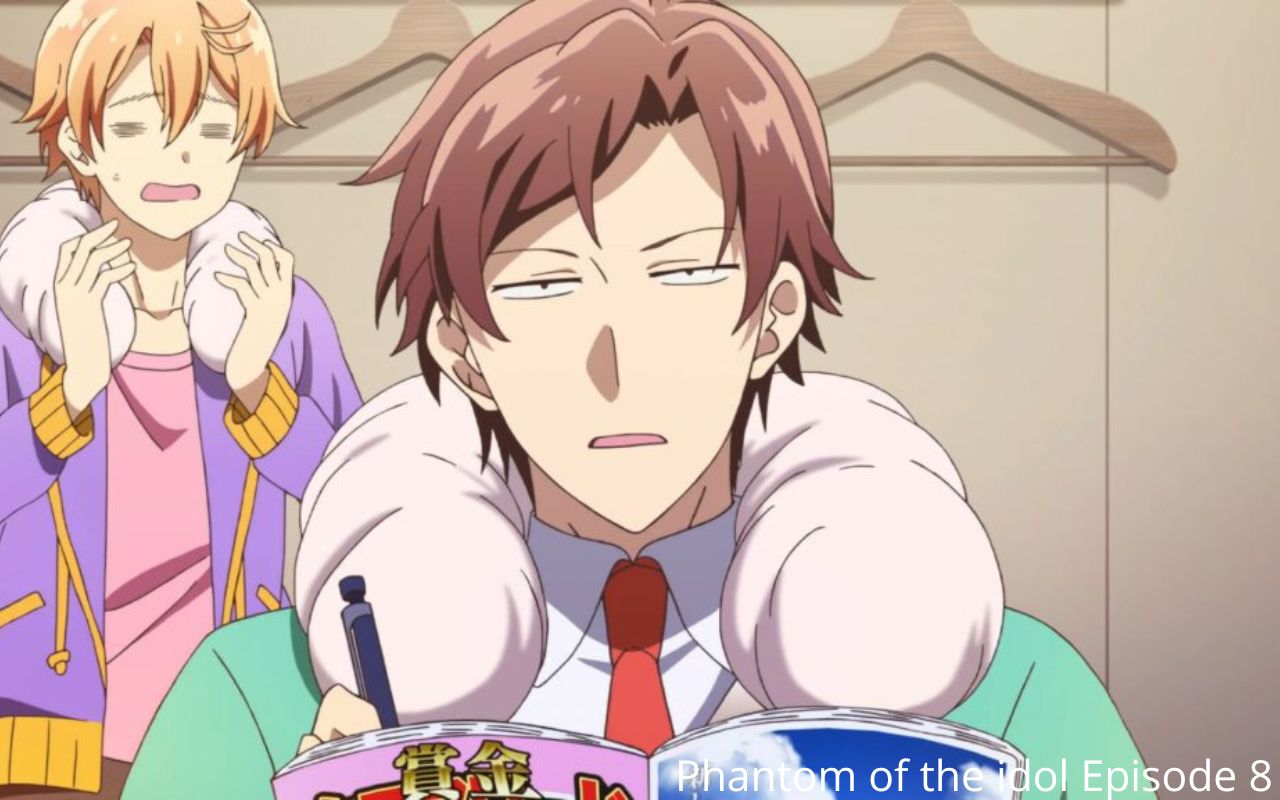 In the ZINGS live performance, he saw a resemblance between Asahi and Yuuya. They both were spreading happiness after that Setouchi Hikaru stopped bothering him.

Phantom of the idol Episode 8 Release Date and Time

What to Expect From Phantom of the idol Episode 8?

The next episode will be a lot of fun with cosplays and a beach tour. The episode will be more exciting than ever. Fans are forever excited to see the lazy idol Yuuya. It will be interesting to see their reaction to Yuuya doing cosplay. Post-create scene of the last episode, we saw ZINGS on the beach. We can’t wait to see what it means.

Where to watch Phantom of the idol Episode 8?

Phantom of the idol Episode 8 will be available on many Japanese broadcasting channels on Sat, August 20, 2022. It will also be available to watch for worldwide users on streaming platforms like Crunchyroll and Funimation.