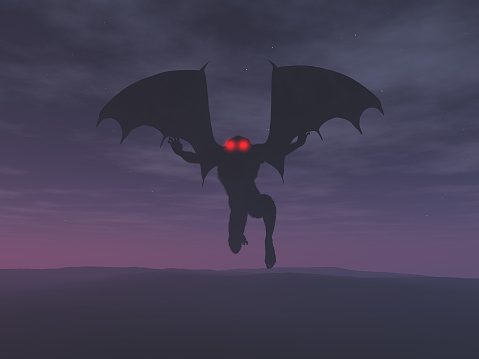 In the US, a 10-foot-tall black figure with flashing red eyes has been seen innumerable times. Some believe it to be a sign of catastrophic events. Others claim it’s an alien life form with ties to Men in Black and UFOs. Numerous theories contend that it is either a hoax or the result of widespread hysteria, or both.

Whatever the reason, the Mothman is one of the more remarkable examples of contemporary American mythology and continues to appear in both real life and popular culture.

Where did the Mothman legend start?

The Mothman continues to be the most terrifying legend in American folklore. Mothman was sighted for the first time in the local woods in the middle of November 1966 in the little town of Point Pleasant, West Virginia, by two young couples who fled, claiming to have encountered a scary creature.

They told the sheriff about what happened and said that when the car’s headlights detected it, they observed a big grey creature that resembled a human in most ways other than its 10-foot wings and brilliant red eyes. The Mothman myth has a known beginning time and place. Mothman was originally spotted in the “TNT region” near Point Pleasant, which got its name from the industries that once produced explosives for use in World War II. Even though it was claimed that TNT was still being stockpiled on site and polluting the surrounding region, the factories were abandoned after the war, and the area grew over. Many people thought the Mothman resided in a deserted nuclear power station on the outskirts of town in a location where a top-secret government facility tested nuclear weapons.

Within days, the entire community had gathered, armed and ready to hunt the beast down near the location where it had been reported. Despite not finding it, they managed to start a legend. There were numerous reports of sightings from all across Pt. Pleasant, and it then gradually expanded. Later, reports of the Mothman appeared both abroad and in other parts of the United States. Some encounters in Russia also came to light.

The myth may have also profited from the era’s interest in aliens and UFOs, which was perhaps sparked by Cold War anxieties. 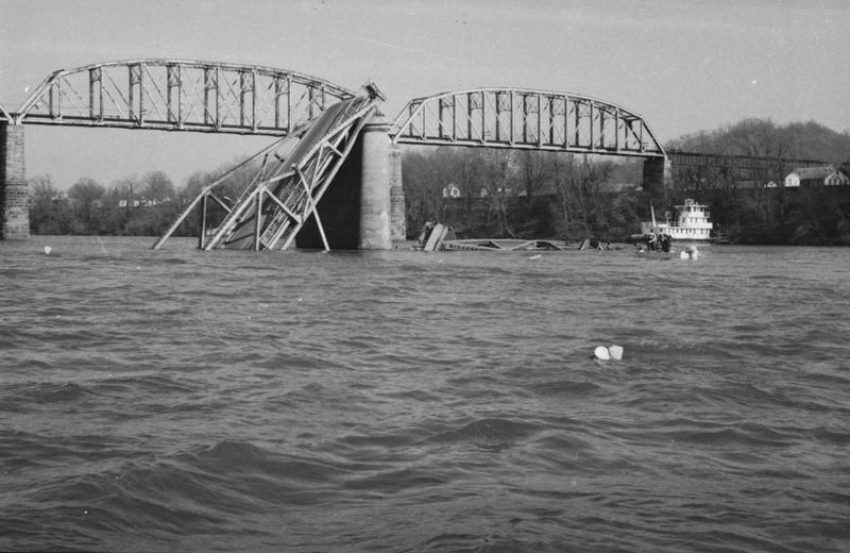 The Collapse Of Silver Bridge

A year after the first sighting, the most infamous Mothman sighting occurred on December 15, 1967. Locals claimed to have seen Mothman flying above the Silver Bridge, a suspension bridge spanning the Ohio River that connected Gallipolis, Ohio, and Point Pleasant, West Virginia. The bridge collapsed immediately after the Mothman was reportedly seen on it, killing 46 people, according to legend. A suspension chain fracture was determined to be the cause of the accident by an inquiry, but the conspiracy theories persisted despite this.

Since the bridge collapse, there have purportedly been sightings of Mothman at further tragic incidents. Locals and storytellers are divided on whether Mothman should be regarded as a benevolent or wicked entity as a result. While some believe that Mothman may be able to see into the future and that the monster manifests to warn humans of impending disaster, others to claim the creature is either bad luck or somehow responsible for these catastrophes.

After December 15, the Mothman occurrences had entirely stopped, but the tale of the Mothman has never aged. The mystery of what these folks were seeing has never been fully resolved or established. Visitors come here to form their own opinions after investing on their own and seeing things for themselves. Each person has a unique theory. It has existed since the town’s inception. Gray Barker introduced the Mothman to a larger audience in 1970. John Keel then popularized the creature in his 1975 book The Mothman Prophecies, which asserted that the sightings were connected to paranormal happenings and the collapse of the Silver Bridge. The Mothman Prophecy by John Keel, which has been translated into more than thirteen languages, is a frightening literal description of the paranormal.

The village of Point Pleasant is trapped in a real-life nightmare for thirteen months, which culminates in a tragedy that garners international attention. This typical American neighborhood is troubled by strange occurrences and sightings, including the strange winged phantom known as the Mothman.

Unidentified lights can be observed circling the sky. It is common to find dead and dismembered domestic animals. And when journalist John Keel arrives to look into the bizarre incidents, he soon discovers that he is a key player in a sinister and baffling mystery.

Richard Gere starred in the 2002 film adaptation of the book. 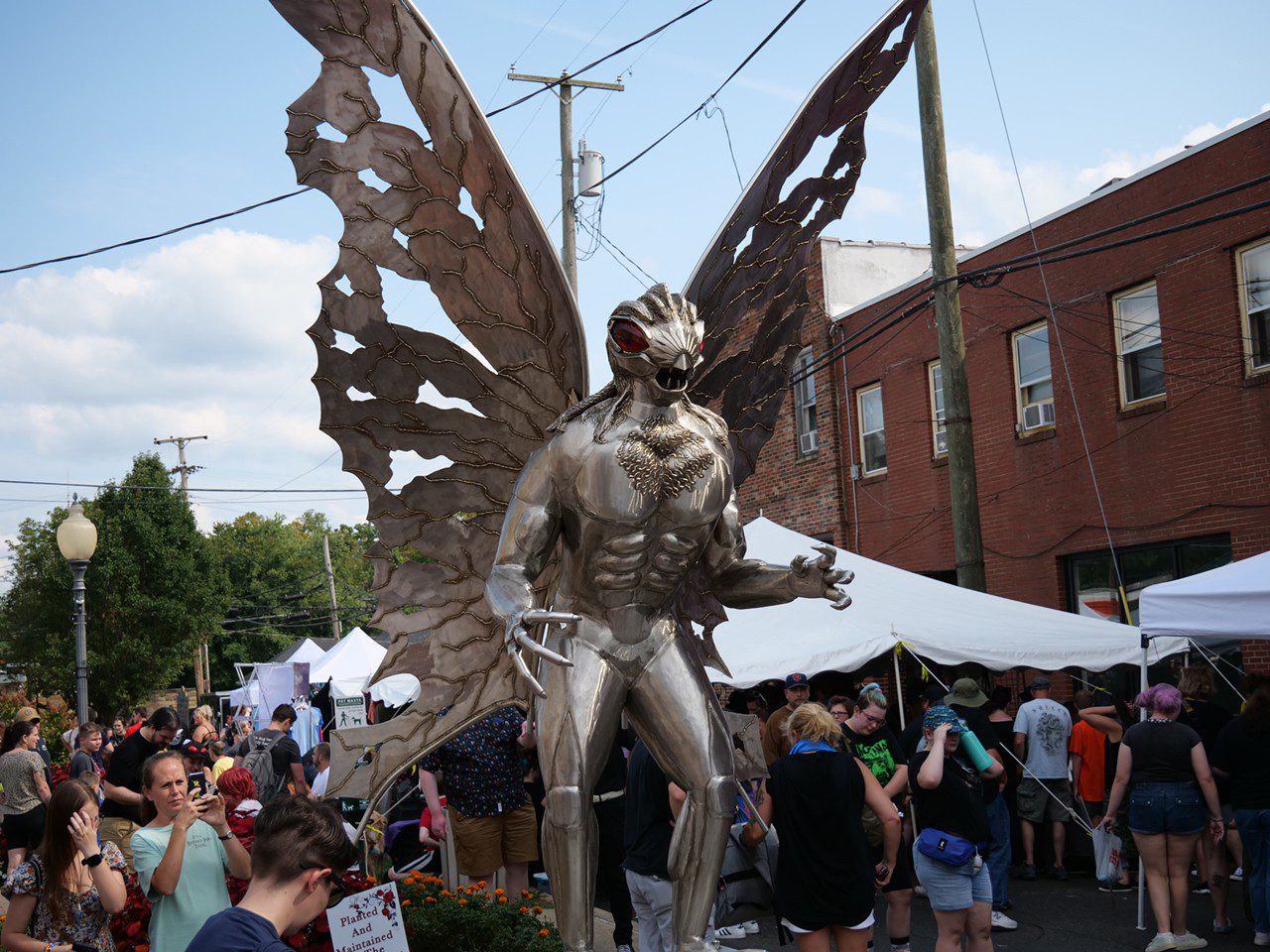 One can gain insight into the value of hometown heroes, undiscovered paths, and dark woodlands from the Mothman tale. The annual Mothman Festival in Point Pleasant attracts more tourists than the town’s actual population, even though the community has embraced its mystique. A Mothman statue can be found downtown, and the city also has a Mothman Museum.

The village offers year-round access to a variety of Mothman-themed shops and cuisine items. Even tourists from other nations travel here to try to catch sight of the monster. The Mothman tale is growing and becoming more well-known. But does the Mothman genuinely exist, and if not, why do we have such a fascination with this strange, eerie being?