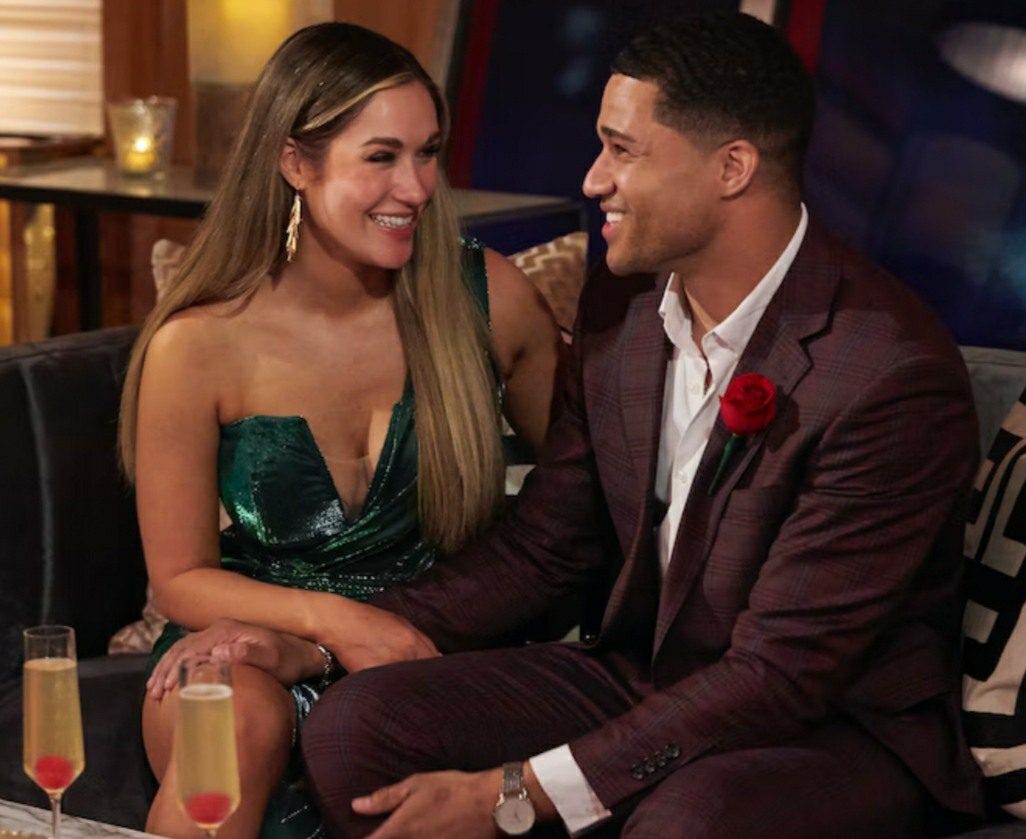 The Bachelorette viewers are now wondering if Rachel is dating Aven. Well, one can fall in love with anyone, at any time, and even with the wrong person. Unexpected relationships may shock others but often last for a long. Isn’t it? Before getting into further details, let’s look at who they are.

Rachel Recchia is a gorgeous television personality who previously ended up being the runner-up in The Bachelor Season 26. Besides that, she also made appearances on shows like Jimmy Kimmel Live!, Good Morning America, etc. On the other hand, Aven Jones is a sales executive, more precisely an account executive at Cengage. Earlier, he also worked for AMC Health, Dexcom, and MEDITECH.

Rachel Recchia is found to be moving on in her life in The Bachelorette Season 19 finale. Why? Her fiance, Tino Franco is reported to have cheated on her by kissing another woman. That’s bad!

People are shocked to witness the end of Rachel’s relationship with Tino. With every ending, there is another beginning. She is seen leaving the stage with her former love interest, Aven Jones. This move has made the fans suspect that things between them are not yet over romantically. What do you think? Is Rachel dating Aven?

Also Read: Who Do Gabby and Rachel Pick in Bachelorette 2022?

Neither Rachel nor Aven has made an official statement about their romance. So, it’s unsafe to comment anything on their relationship. Well, there lies a possibility of the duo dating, as they have been pretty hot and heavy throughout The Bachelorette Season 19. 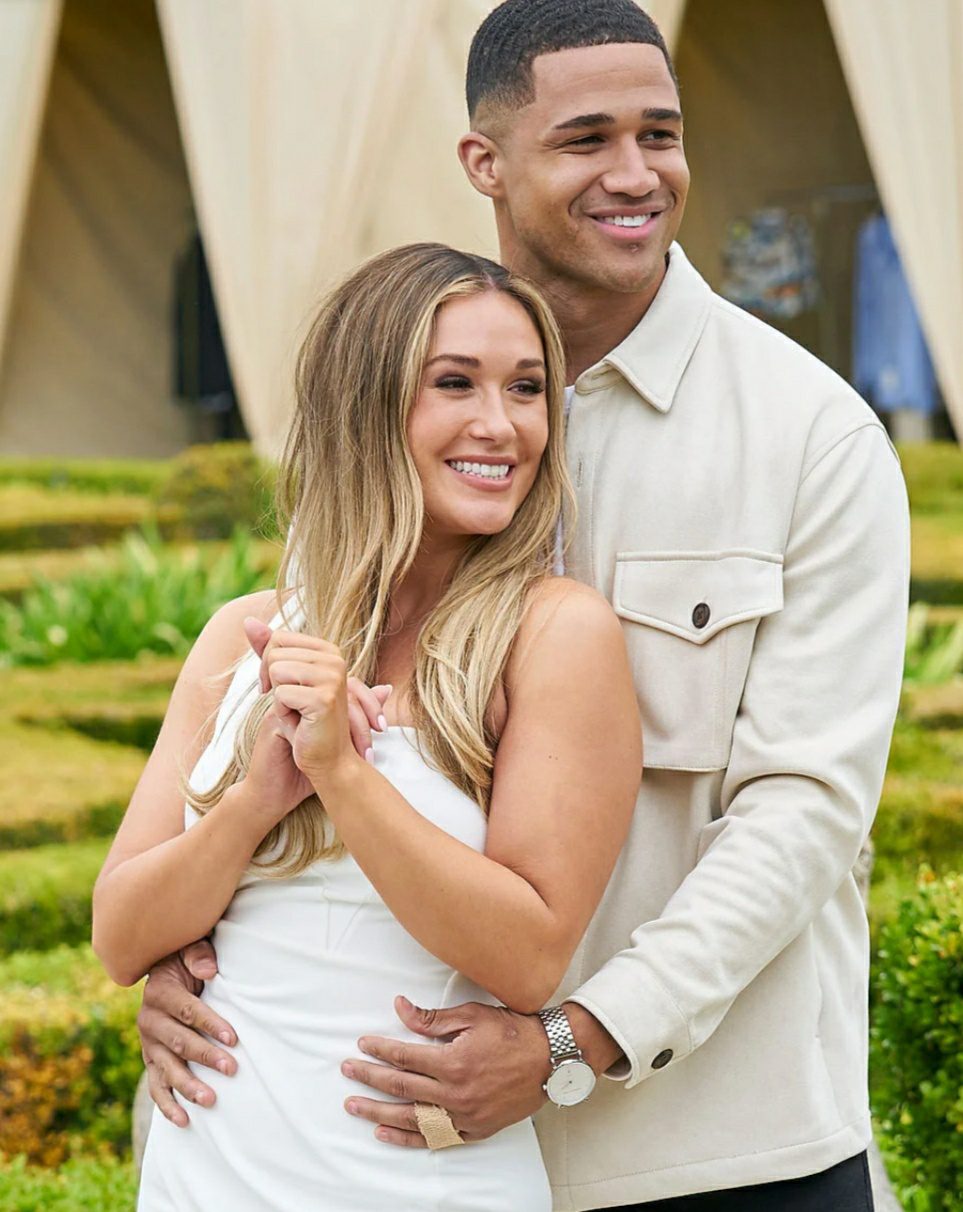 Despite having feelings for each other, why did Rachel and Aven’s relationship didn’t work out? Well, this was more because Aven was not ready to propose to her. So, that was the time when Rachel decided to be with Tino, and that turned out to be a wrong decision. She even admitted the same during the podcast “Cheeks in The Office”, trying to make it clear that Aven was right and she failed to understand him.

Now, fans have been highly curious to know if Rachel has gotten her second chance with Aven, which she hoped for. But she is reluctant to share what’s going on between Aven and her. In other words, we may say she remains tight-lipped and told that they are just going with the flow. She said, “Right now, we are going to see where things go.” So, we may hope for their reunion.

On the other hand, it is also very much proven that Aven still feels for Rachel. He said, “You don’t deserve any of this. Anything that happened between any of us. I was just wondering if you wanted to maybe get out of here and just catch up?” Hearing this, she left the stage with him, saying, “I would love nothing more.” Rachel also shared that Aven has always been there, supporting her through the hardest time of her life. She addressed him as an incredible person.

However, Rachel and Avens have not yet gone out on a romantic date together. To this, they have told me that they will. 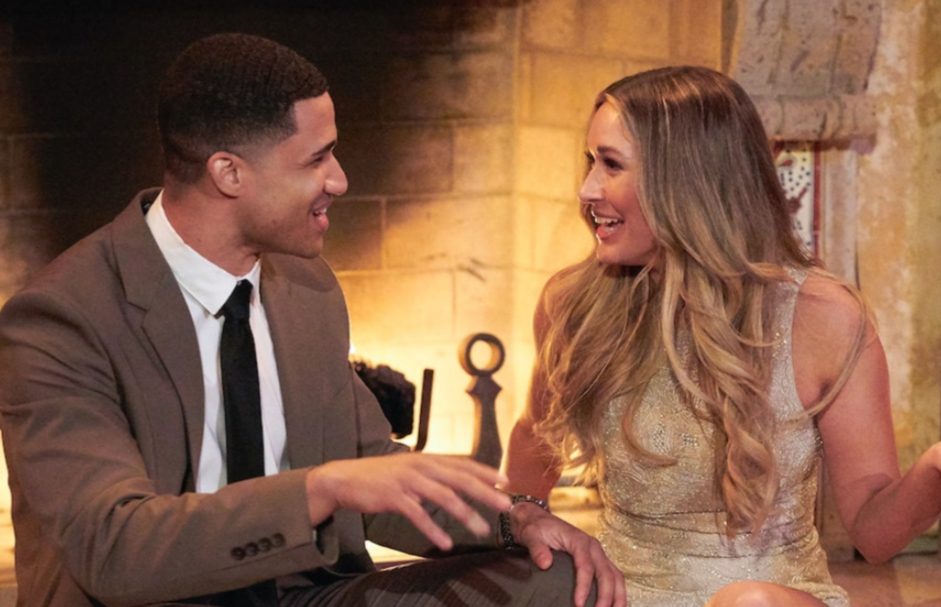 Tino is sorry for what he did. He has accepted his fault, saying, “What I did was wrong,” Tino said during their reunion on stage. “You deserve better, and I’m sorry.” Well, everything happens for a good reason. Hoping Rachel and Aven make their relationship official real soon. Best Wishes!

Also Read: Who Did Rachel End Up With on the Bachelorette?