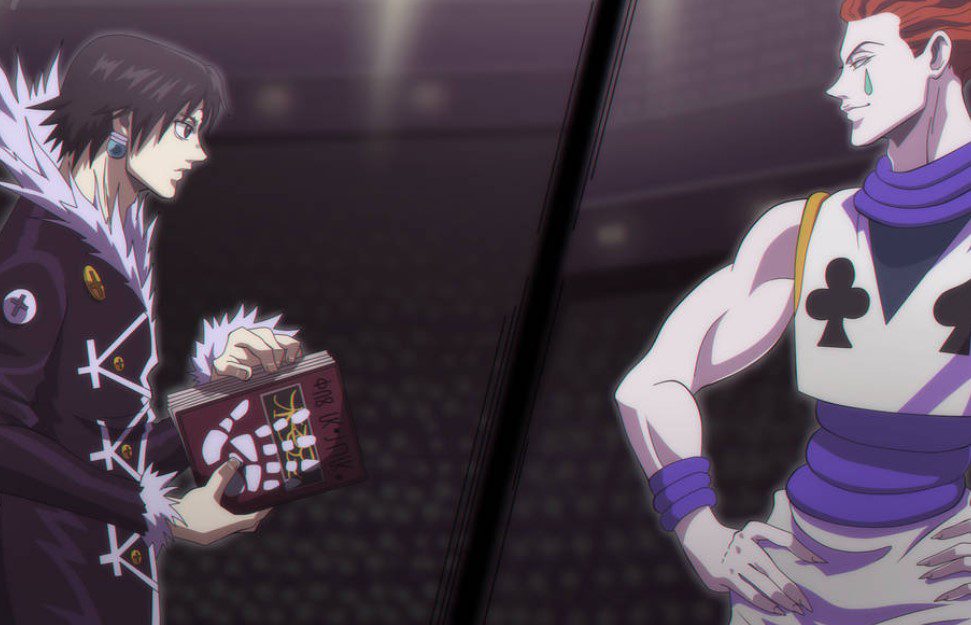 Hisoka vs. Chrollo was one of the greatest battles that lived up to the expectations of many fans. This duel was one of the best duels in Hunter x Hunter. We will explain everything between Hisoka and Chrollo during the battle and what caused the two to have a fierce battle. Some of us might be curious about who won the battle, and some of us know, but here we will look at all details of the battle and the best moments you might have forgotten. We will also discuss the summary of Hisoka and Chrollo about their past. This will help you understand the duel between the two.

This is the epic Hunter X Hunter battle that took longer than anyone could expect since both fighters were stronger, and we have seen entering an exciting battle (Hisoka vs. Chrollo), which we will talk about soon. Hisoka vs. Chrollo is one of the battles everyone talks about, and those who have missed it will know how the battle ended. Their full names are Chrollo Lucilfer and Hisoka Morow. Hunter X Hunter fans are still curious since the battle between the two ended weirdly, confusing everyone.

However, everything will be cleared at the end of the post, and it doesn’t mean that the loser of this bottle is weakling. This is an interesting topic to the fans of Hunter X Hunter since various sources have discussed this iconic battle that reveals the best moments between Hisoka and Chrollo. Some people prefer Chrollo or Hisoka as their favorite character; this will be good news for learning more about their favorite character. We will start by looking at Hisoka and Chrollo and their background before discussing Hisoka vs. Chrollo. Hisoka vs. Chrollo is one of the best battles in history.

Hisoka is a Hunter and was member #4 of the Phantom Troupe and the third strongest man in the group. He loves to battle a strong opponent and lets go of those who are strong such as Killua and Gon and Killua, for them to be stronger enough to challenge him. During the Hunter Exam arc and the Heavens Arena arc, Hisoka was the primary antagonist before becoming a supporting character during the Greed Island and Yorknew City arc. But in the 13th Hunter Chairman Election arc, Hisoka became a secondary antagonist. Hisoka looks like a magician joker with red hair and has muscular physic. 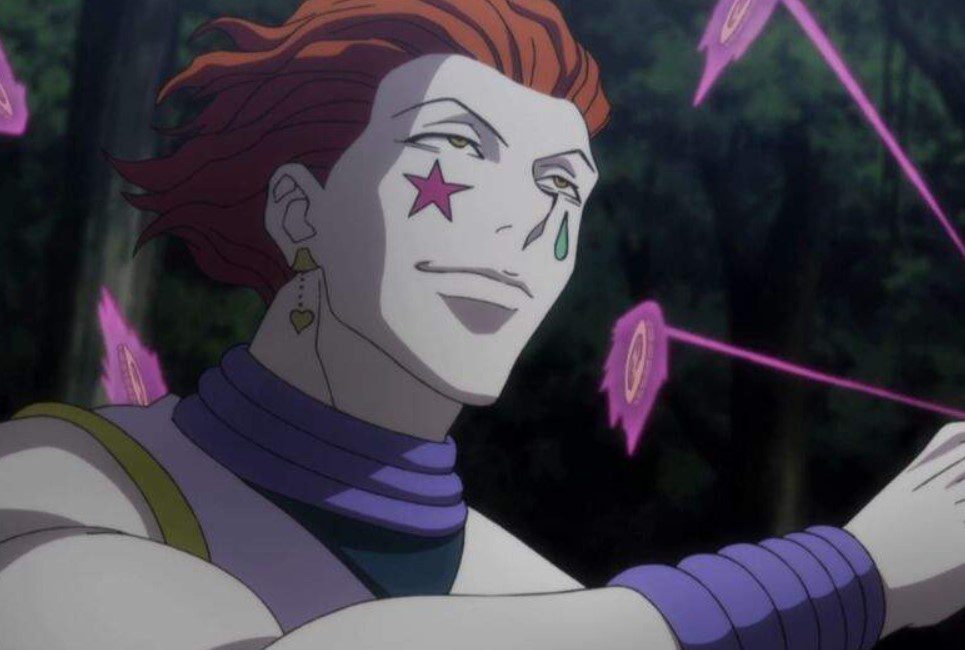 He loves to shed blood and always does what he likes due to his selfishness. Hisoka hates to battle with weaklings since it is his nature to spill the blood of the strongest. However, he was lucky to meet stronger warriors who entertained him and made his battle fun. He has a self-centered and manipulative nature that helps him when around others. Hisoka has promised many people that he will not hold back in killing anyone who does not meet his standards. Hisoka is not interested in talking about his past, but he has spoken little about it.

In the past, he joins the Phantom Troupe under pretenses two years before the events in Yorknew City after the Kurta massacre. This happened after Hisoka defeated the previous #4. During that time, Hisoka initiated  Kastro to Nen at the Heaven’s Arena, seeing potential in him. He was part of the 286th Hunter Exam, where he killed 20 examinees. However, Hisoka got dissatisfied after attempting to kill an examiner. It was revealed that he loved candy and chewing gum brands in childhood and used the brand names to name his techniques.

Also Read: Who Is Kurapika From Hunter x Hunter? The Last Survivor of The Kurta Clan

Chrollo Lucilfer, also known as Kuroro Rushirufuru, is the leader and the founder of the Phantom Troupe. He is ranked number seven in the group due to his physical strength. Chrollo is a tall man with black eyes and black hair. He loves to wear a long jacket that has fur, and he has a tattoo symbol on his forehead. At the beginning of the Phantom Troupe, Chrollo never wore his coat or combed back his hair. Chrollo was wearing a blue blazer when he confronted Neon Nostrade to steal her Nen ability. He has a spider tattoo that is yet to be revealed. 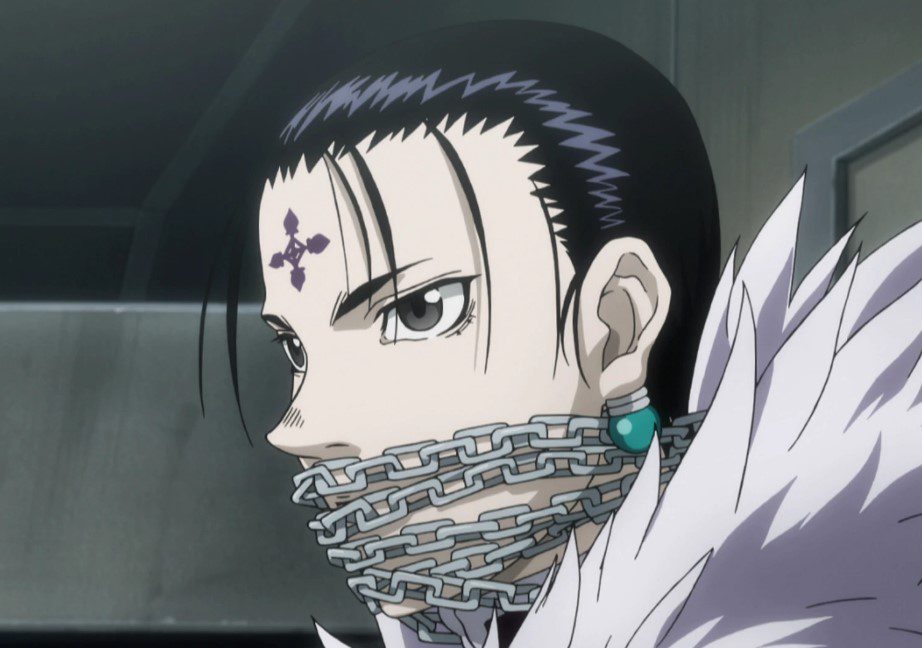 He is a calm, charismatic and intelligent man since he was born to be a leader who unites the Troupe together despite the volatile personalities of the Troupe’s members. Chrollo is the best strategist and is confident in his fighting skills, abilities, and other members of the Spider. Chrollo loves to be in the company of two people, and Hisoka finds it difficult to battle him. He admired the times that he targeted and acquired and sold them. Chrollo loves antique books, and he has been seen holding one of them.

Chrollo is not afraid of death, and he is cold-hearted. He is different from the members of his group. A few things about his past are known, and he originated from a junkyard city, Meteor City, inhabited by outcasts. No one who lives in Meteor City exists on the official record since it is known to few people. Chrollo formed the Troupe with six people and fought with t Silva Zoldyck before meeting in the Cemetery Building. He became the strongest group member due to his intelligence and abilities.

Hisoka vs. Chrollo begins after Chrollo accepts to battle Hisoka at  Heavens Arena, where he is a Floor Master. They realize that chasing is boring and begin with a death match. Chrollo uses Shalnark’s ability to control the referee, and Hisoka thinks that Chrollo was avoiding him after the exorcism to gather abilities for the fight. He performs feint using a referee as a decoy and catches Hisoka off guard. Hisoka and Chrollo exchanged massive blows that put Hisoka on defense, and he murdered the referee. Chrollo surprises Hisoka by revealing two abilities: a bookmark and an explosive mark. 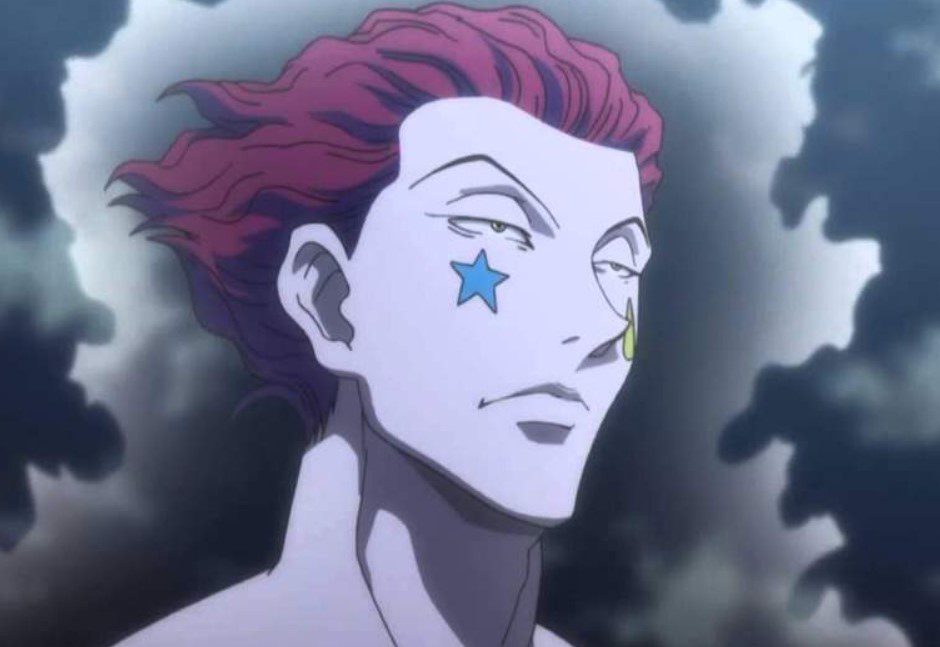 They talk about it, and Chrollo reveals that he has other abilities to show Hisoka. Chrollo sends Hisoka to the floor after landing a massive kick. He shows Hisoka new abilities, but Hiska managed to deactivate Order Stamp by cutting the puppet. Chrollo reveals the last ability, and they both change massive blows. He was surprised when Hisoka read his moves and learned about The Sun and Moon’s abilities. However, Chrollo believes his victory is certain and asks Hisoka if he still wants to fight. Hisoka consented, and Chrollo decided to leave. But they arrive in the audience, and Hisoka murders the manipulated spectators that Chrollo used.

Chrollo takes the clothes of another spectator and wears them while receiving the two antennae. He created copies with the bookmark and placed the bookmark on Gallery Fake. His attacks forced Hisoka to retreat, and Chrollo used multiple attacks to get behind him. Hisoka falls into the crowd of puppets and battles with them. Chrollo uses a hit-and-run tactic that destroys Hisoka. Hisoka resort to using Bungee Gum Chrollo dodges and sends him flying. Hisoka gets overwhelmed and realizes that he might die, but the puppets around him cause an explosion. After the battle, Chrollo sends  Shalnark, Kortopi, and Machi to see if Hisoka is dead.

Who Won The Fight?

Chrollo won the battle after overwhelming Hisoka. He used tactics that Hisoka never repaired. Even though Hisoka’s death was not confirmed but Chrollo was victorious since he said the during the battle. This was an interesting battle between the two, although it didn’t end well. Hisoka vs. Chrollo might continue in the future since it was not verified whether Hisoka died during the explosion. But Chrollo ends up reuniting with other members of the Troupe, and he learns that Shalnark died. 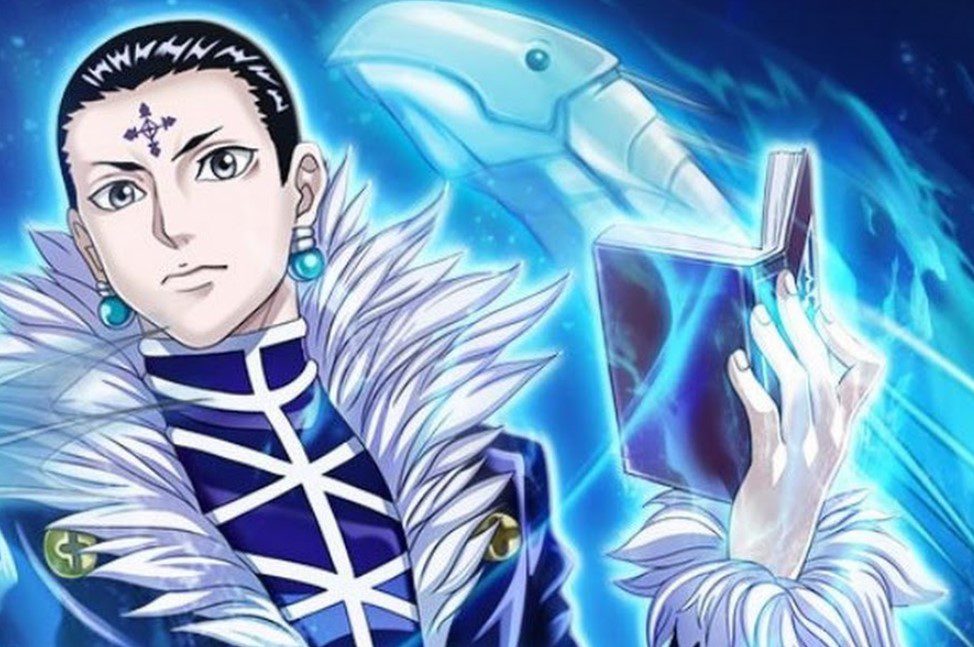 Hisoka vs. Chrollo left many people with questions; even though they know that Chrollo won the battle, they also wanted to know what had happened to Hisoka. This is another twist of this story; being defeated doesn’t mean a person has died. Even though Chrollo was steps ahead of Hisoka, Hisoko showed Chrollo that he was the strongest opponent. Most of us might say that Chrollo won because of his tactics and abilities or intelligence, but this makes this battle an interesting one, and we might see another battle like this one in the future. Everything has been cleared after the battle that Chrollo won the fight.

Also Read: 25 Best Anime Outfits That You Can Try In Real Life