Modern Family Ending Explained for every character is what fans need right now after the show has ended. It has been two years since we last saw our characters on the screen. In an owe to remind you all where they might be right now, here we have compiled a list of our modern family and where they might be right now after that infamous ending. The series focuses on three families who are related to each other. The first one we see in focus is the Dunphy Family.

It consists of Phil and Claire Dunphy, the parents, and their three kids, Haley, the eldest, Alex the second, and Luke the third kid. This is a normal American family, with Haley being the prettiest and most popular girl in her high school. The second child, Alex is the smartest and aims to become a scientist for NASA. The third is Luke, who is kind of like his father Luke, and they have a very special bond with each other.

Now, we see the second family of Cameron Tucker and Mitchell Pritchett. They are a gay couple who finally married in the later seasons. They adopted a daughter together while on a trip to Vietnam and named her Lily Tucker-Pritchett. They always wanted to adopt another baby boy throughout the show but never got the time to. 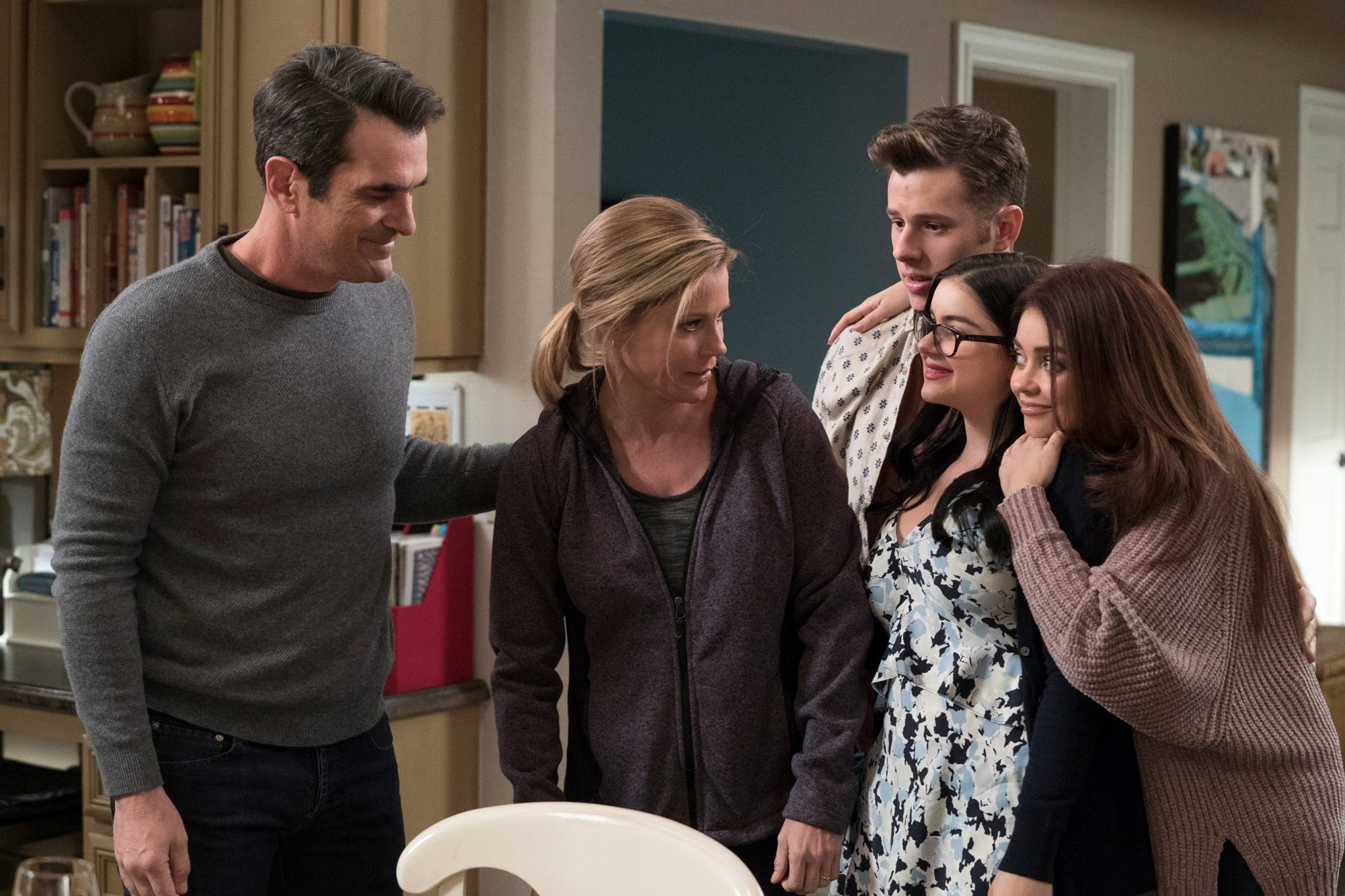 Now, Claire and Mitchell are siblings who have their father, Jay Pritchett. Jay is currently married to Gloria Delgado, who is Columbian. She has a son named Manny Delgado from her ex-husband, and the two live together in his huge mansion in California.

The three families have their homes situated minutes from each other, and that is why we can see them visiting each other quite often and being a part of each other’s lives daily. Although, the end brought tears to our eyes when the family was about to split up. Here is what happened at the end of Modern Family and where they might be right now in their lives.

Manny was always the filmmaker type, but he needed his muse to create some projects. He likes wine and literature, and in order to set on some adventures, now that he is in college and old enough to do so, he goes on a world trip with his father. He has always grown up in comfort provided by Jay and Gloria; thus, he wants to change things in his life and be uncomfortable for a while. Given that it has been two years since the ending, we can expect that Manny has returned already and is a successful filmmaker right now.

2. Jay and Gloria with Joe

Now that Manny is off into the world, Jay and Gloria decide to raise and focus their attention on raising Joe. Given the fact that Manny is away, Gloria decides to go to Columbia with Joe to have him experience their culture. Jay decides to go with them. We can assume that after returning home, the two are happily living in their home but not without their constant bickering. Maybe they even decided to have another baby, who knows.

Alex has left for Switzerland by the end of the show. She accepts a spot in the research team which is being led in Switzerland by his former teacher Arvin. She also has feelings for him and decides to tell him that. It seemed as if the two had started their relationship at that point. We can expect them to be happily married by now, given they are both intelligent and smart.

The duo gets an apartment together as they decide to raise their kids together outside of the Dunphy basement. They shift to the old apartment of Cam and Mitch. They have already married each other as Haley has settled into a fashion career.

This modern family decided to move to Missouri in order to raise their new child, yes, they finally adopted one in the countryside. Cam is a farmer and has always wanted to go back to his roots after living in the city for a while. They rent their old apartment to Haley and Dylan. We can expect the families to meet on every holiday, though.

The two are now empty nesters. In order to enjoy the peace and quiet that is left with them after the kids have moved out, the couple decides to take a trip in the RV which is left to them by Phil’s father before he passes away.

Luke is the last one to finally decide to attend college. Even though he initially did not want to, he ultimately made the decision in his favor. He has decided to join the University of Oregon and is finally packing to go there in the fall.