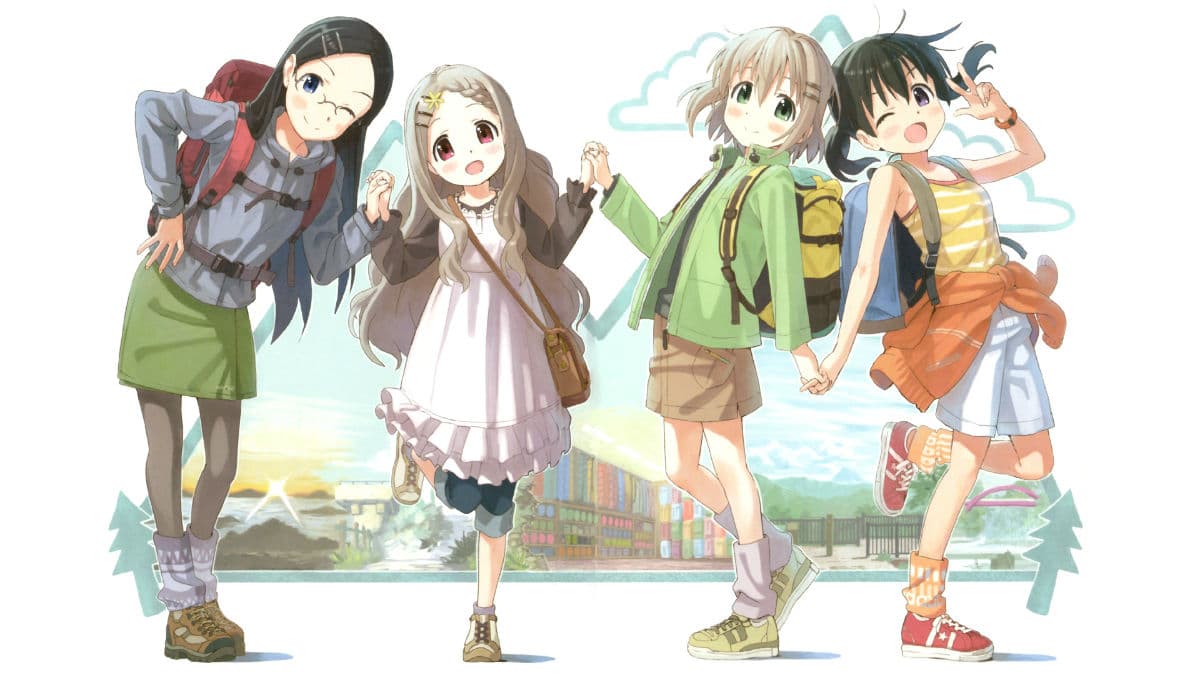 Shiro is the author and illustrator of the slice-of-life manga series Encouragement of Climb (Yama no Susume, “Recommendation of Mountaineering”), which debuted in serial form in Earth Star Entertainment’s Comic Earth Star magazine in 2011. In 2013, Crunchyroll simulcast an anime television series by Eight Bit that aired in Japan from January to March.

In 2014, a second season ran from July to December. A third season, which ran from July to September 2018, was an original video animation that debuted in October 2017. In October 2022, Encouragement of Climb: Next Summit, a brand-new anime television series, debuted. Here are some latest updates on Yama No Susume regarding release dates, time zone, and previews.

What Is Yama No Susume About?

Aoi Yukimura loved the mountains as a child and was an avid climber. She now prefers indoor pastimes due to her fear of heights following a playground mishap. Unfortunately, Aoi has gotten so engrossed in her hobbies that she can hardly socialize with others, leaving her essentially friendless as a shy and timid first-year high school student. Things only start to change when she runs into the vivacious Hinata Kuraue, an old buddy from her climbing days. 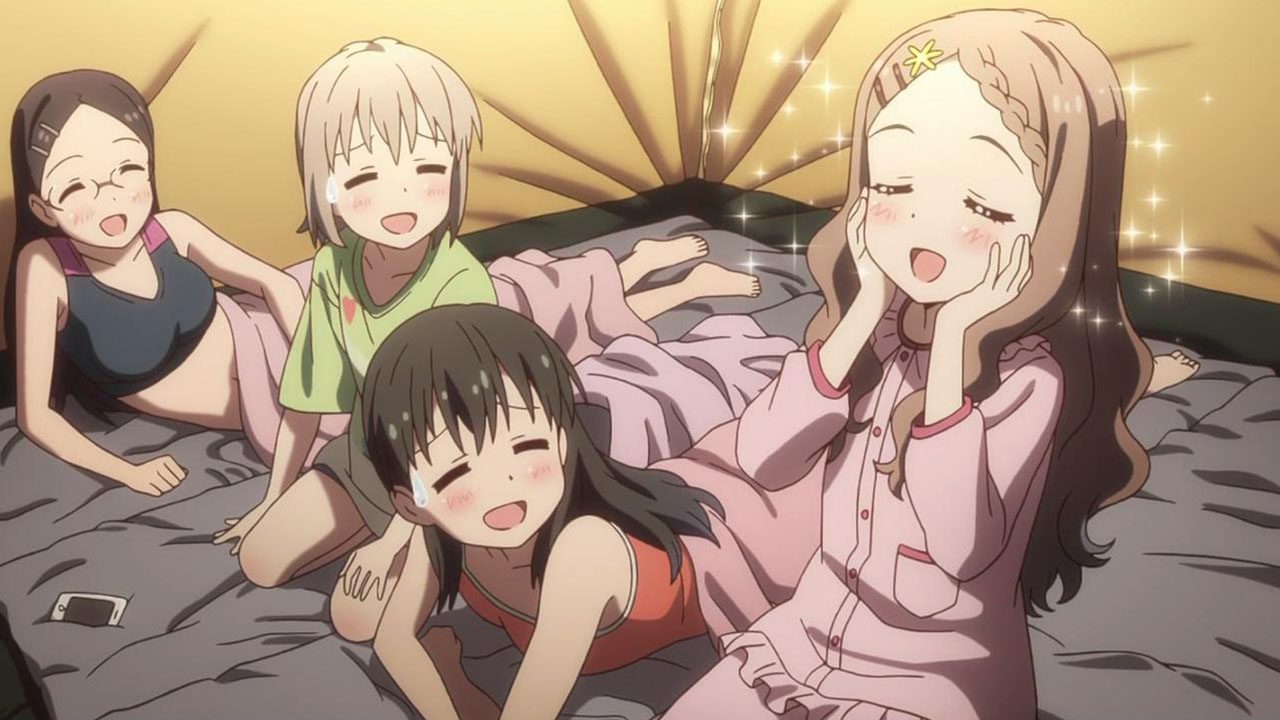 Capture from Yama no Susume series showing joy and excitement

Impulsive and exuberant, Hinata insists on including Aoi in all her climbing endeavors. Though first hesitant, Aoi finds that spending time with Hinata prompts wonderful recollections of their youth and quickly decides to start climbing again. Aoi discovers she is making new acquaintances, taking on new challenges, and finding her own motivation to climb as the return to her former passion begins to help her come out of her shell.

The fourth season has 12 episodes in total. However, the first four episodes will include a separate short tale and a review of the previous seasons. The new story arc premieres in episode 5. A trailer for Season 4 of Encouragement of Climb was made public on September 5, 2021. A still from Yama no Susume shows deep connections between characters.

On August 11, 2022, the second Encouragement of Climb Season 4 video revealed the precise release date in the Fall of 2022. Yama No Susume Season 4 Episode 6  will be released on November 9, 2022, at 12:30 AM JST. The timings according to the geographical areas might vary as follows:

Koharu Senjuin, the head of the Mountaineering Club, approaches Aoi during a break in an effort to get her to join them after learning about her exploits. Despite being shocked that both Hinata and Kaede declined Koharu’s invitation, Aoi investigates, and Kaede follows.

The Mountaineering Club, it turns out, is a committed club that practices every day, goes out to climb mountains at least once a month, and is getting ready for a competition this year. Koharu agrees to accompany Aoi on the run up Mount Tenran to give her a sense of the situation, but he also tells her to go at her own pace. 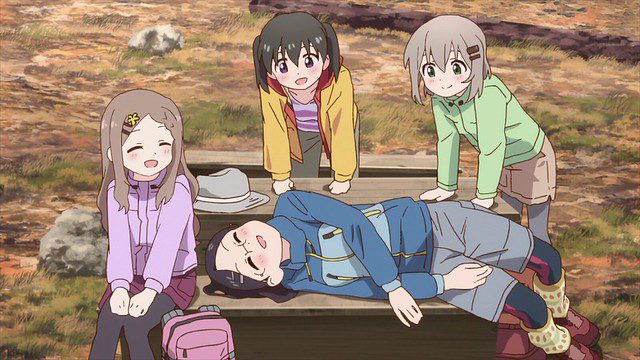 Image from Yama no Susume episode.

After the run, Aoi realizes that while her physical fitness has improved, she still prefers mountain climbing since it allows her to move at her own pace and take in the sights and sounds of the natural world. Aoi ultimately declines the offer to join the Mountaineering Club full-time. She also chooses to hang around and see what she can learn from Koharu and the Mountaineering Club.

Aoi becomes inspired and decides that her new objective is to attempt Mount Fuji once more. Aoi decides to go on a late-autumn hike and takes Koharu’s advice to climb Mount Buk. When she learns that Hinata’s father is away on business, she asks her mother along and later joins her for supper.

To prepare for the hike, Aoi’s mother asks her to assist carry up some extra supplies on the day of the hike. Although this initially causes Aoi to crawl along sluggishly, she ultimately finds her pace and reaches Mount Buk’s summit, where she, Hinata, and her mother share a delicious meal. Aoi’s mother is relieved that her daughter has developed to this point, and she considers it now time to get ready for the upcoming summer.

The fifth episode of Yama no Susume offers a promising beginning to the new material; Aoi’s motivation for going skiing is brought to light, and with a little prodding from Koharu, Aoi learns that being able to move at her own pace allows her to fully enjoy the little things, such as the flora and animals and the breathtaking views that await at the summit of each journey, that make mountain climbing worthwhile.

Yama No Susume Season 4, an anime TV series with 12 episodes, premiered on Japanese television in a 30-minute block of time that included advertisements. Fans who reside outside Japan can also access the episodes of Yama No Susume on Crunchyroll and Funimation.