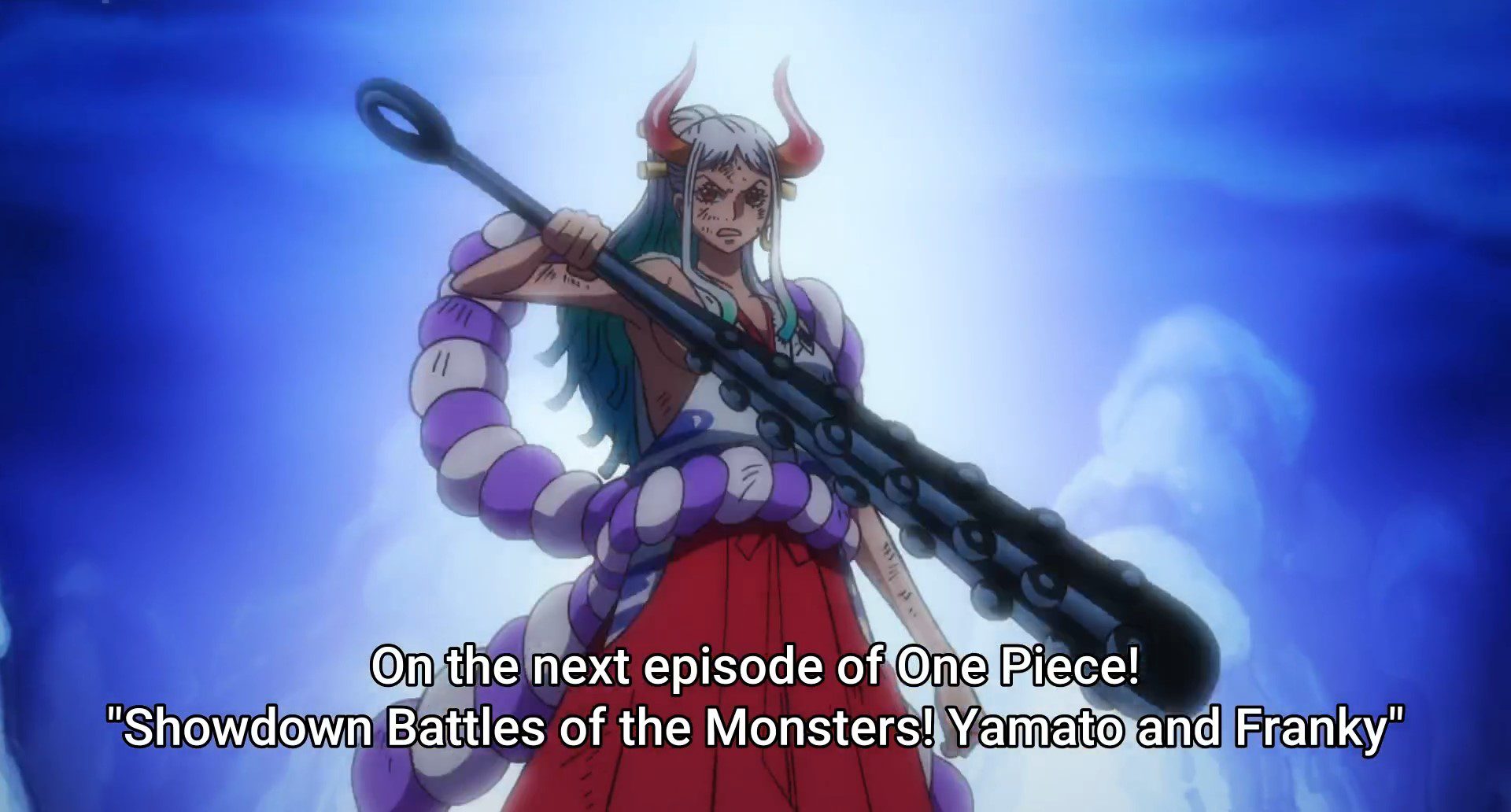 One Piece Episode 1041 release date has been scheduled for the anime’s weekly release, and it seems like we will move forward with the next battles in the Wano country as Jimbei defeats Who’s Who in the latest episode of One Piece. One Piece anime is doing well all on its own, and fans are really looking forward to the release of the new episodes as it they are bringing the most awaited scenes from the manga.

One Piece Episode 1040 begins with Nami, Ussop, and Otama running away from the battle as the gifters and the pirates who are under Otama’s Kibi Dango effect protect them and help them escape. Zeus asks Nami to make him her slave, but she makes him her partner instead, and Zeus to helps them escape from the pirates who are trying to chase them down. 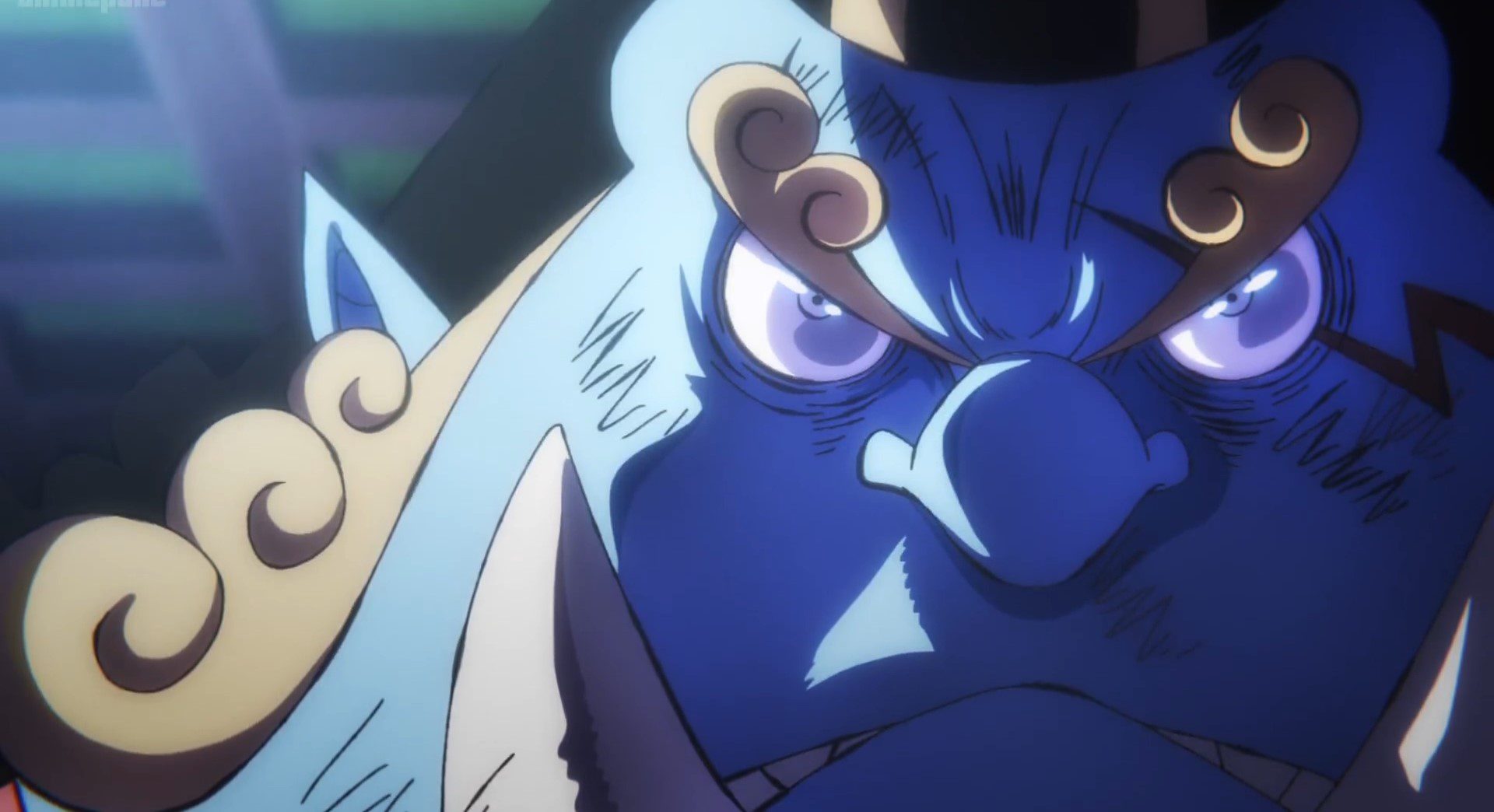 Elsewhere, the main highlight of One Piece Episode 1040 continues with Jimbei and Who’s Who engaged in a fight. The latter continues the story of how he was in charge of protecting the Gum-Gum Fruit, which was stolen by Red-Haired Shanks and led him to his imprisonment. Thus, he holds a grudge against Luffy, who had eaten the Gum-Gum Fruit and wearing the same straw hat as Shanks did back when he stole the fruit.

While in prison, he also tells Jimbei about the warrior “Sun God Nika,” who will give slaves the freedom they desire and says that he believes in them. Meanwhile, Cp0 counts the number of the warriors and notes that they must kill Who’s Who. Jimbei’s and Who’s Who’s fights continue and tell the importance of why he joined the straw hats, and we see him defeat Who’s Who by the end of the episode as well.

One Piece Episode 1041 Preview And Expectations

One Piece Episode 1041 is titled “Showdown Battles of the Monsters! Yamato and Franky! and the from the preview of the episode, we can conclude that the episode will feature four different events featuring Yamato, Franky, Sanji, and Zoro. What we can expect from the episode is to see the battle between Kaido and Yamato take place where the latter will unleash their true power, and as mentioned earlier, we will see the man-beast form of Yamato.

At the same time, Franky will fight Sasaki, one of the Flying Six members. In addition, the preview for One Piece Episode 1041 also showed us the events from the Live-Floor, where we will see a small amount of fight between Sanji and Queen. And for the last part, we will see Zoro getting the medicine that will make him get up on his feet again and fight the enemies. Check out the release date and the preview for One Piece Episode 1041 below.

One Piece Episode 1041 will make its way on various platforms such as Crunchyroll and Funimation a few hours after its premiere on the local Japanese networks. Geo-restrictions for the aforementioned platforms will be applied.