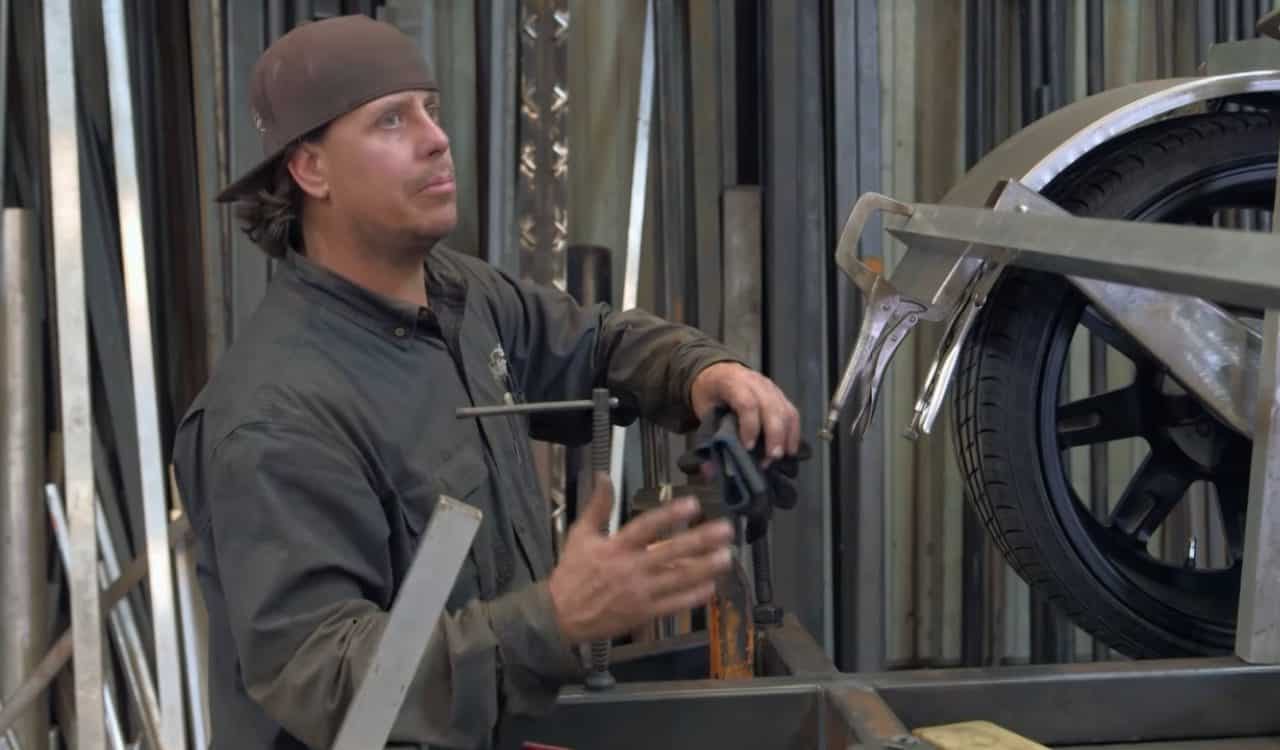 The top Automotive modification series, Texas Metal, starring Bill Carlton is all geared up to release episodes of its newest season. Revolving around Ekstensive Metal Works, the show features clips of the team working on all sorts of vehicles. The way the team perfectly modifies them with great caliber has gotten the show much appreciation from its viewers.

Primarily Filmed at the company’s shop in Texas, we see customers bringing in diverse projects that range in terms of modifications needed. Some cars may just require minor hand-building, while some are completely broken down and put back together part to part.

With producers such as Sonar Entertainment and Be Collective Media handling their episodes, not all the projects the team takes up make it to the episodes. The projects are screened, and only those which are suitable show-up. The customers can either walk into the shop and discuss their project or they can mark a spot through Ekstensive Metal Works’ Website.

Bill and his gang have won many awards for their mods and are respected in the community. They are regarded as the best automobile workers in Texas and many other states of the US. The builds they take up are usually challenging and require critical thinking. These projects are often coupled with quick deadlines, making the team put on their best for each episode. 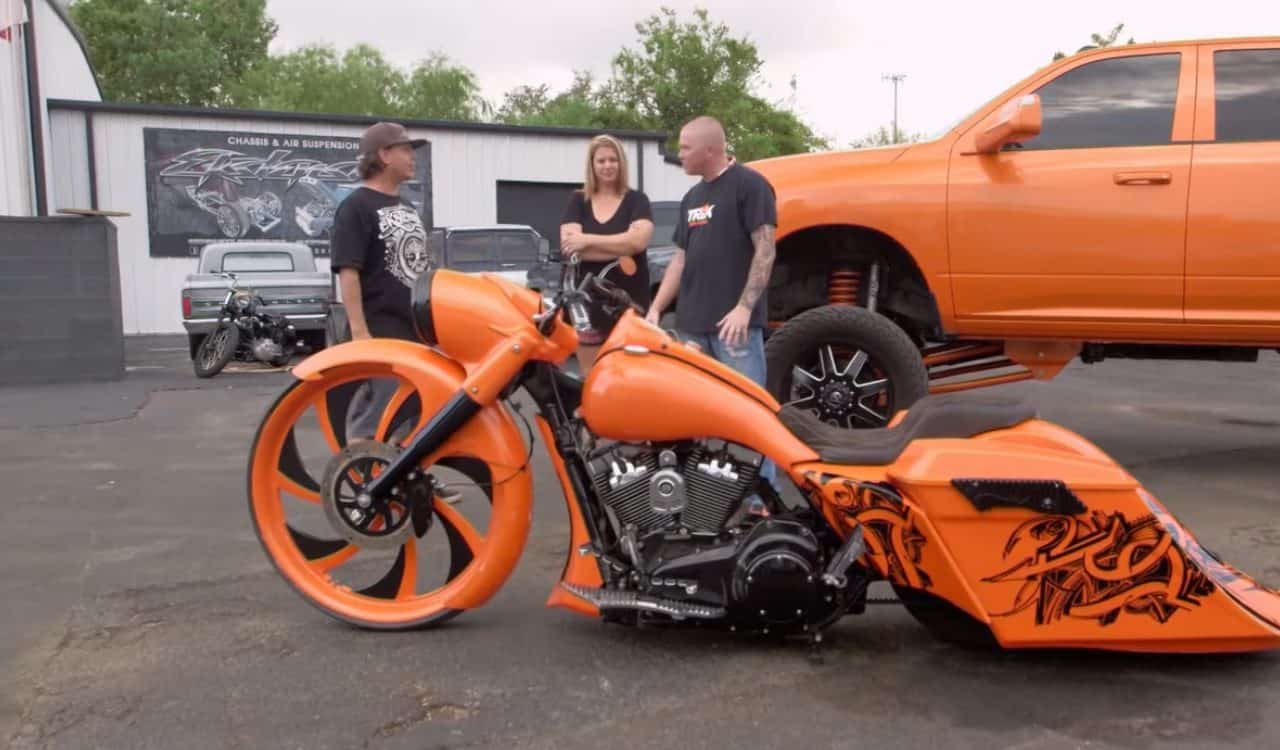 Bill and His Customers (Credits: MotorTrends)

Ekstensive Metal works takes up around 25-30 projects in a month, and the time taken for each project mainly depends on the extent and type of modification needed. Bill’s show was seen for the first time on November 17th, 2017. The subsequent installations of the show were aired each year, except in 2020, due to the pandemic.

With a promise of a list of amazing modifications all lined up for this season, the show will soon be airing new episodes this week. Tune in on the mentioned date and time to witness pure skill and talent by Bill Carlton and his crew.

The series usually consists of Bill Carlton and his team going through the mods. At times, the fabricator, John Villarreal Vega shows up, and whenever this happens, the vehicle can expectedly have a great finished look.

It has been almost three decades since Bill started this company, which now is a much more bigger family. Bill is supposedly a third-generation welder, with both his father and grandfather being in the world of vehicles since Bill was little. Ekstensive Metal Works has a large number of employees, of which those who appear on the show are Tim Donelson, Valerie Nicole, Spot Thomas, Rudy Mora, Eliud Reyes, Heath Moore, and Jamie Marshall.

Although the team does not take up complete restorations, they work on making custom builds sports cars, any kind of Metal work without finishing paint, custom static coils as well as making specially designed Chassis builds. Good work demands a good price, and the mods of Texas Metal can cost a lot and can go up to $175,000 or more. 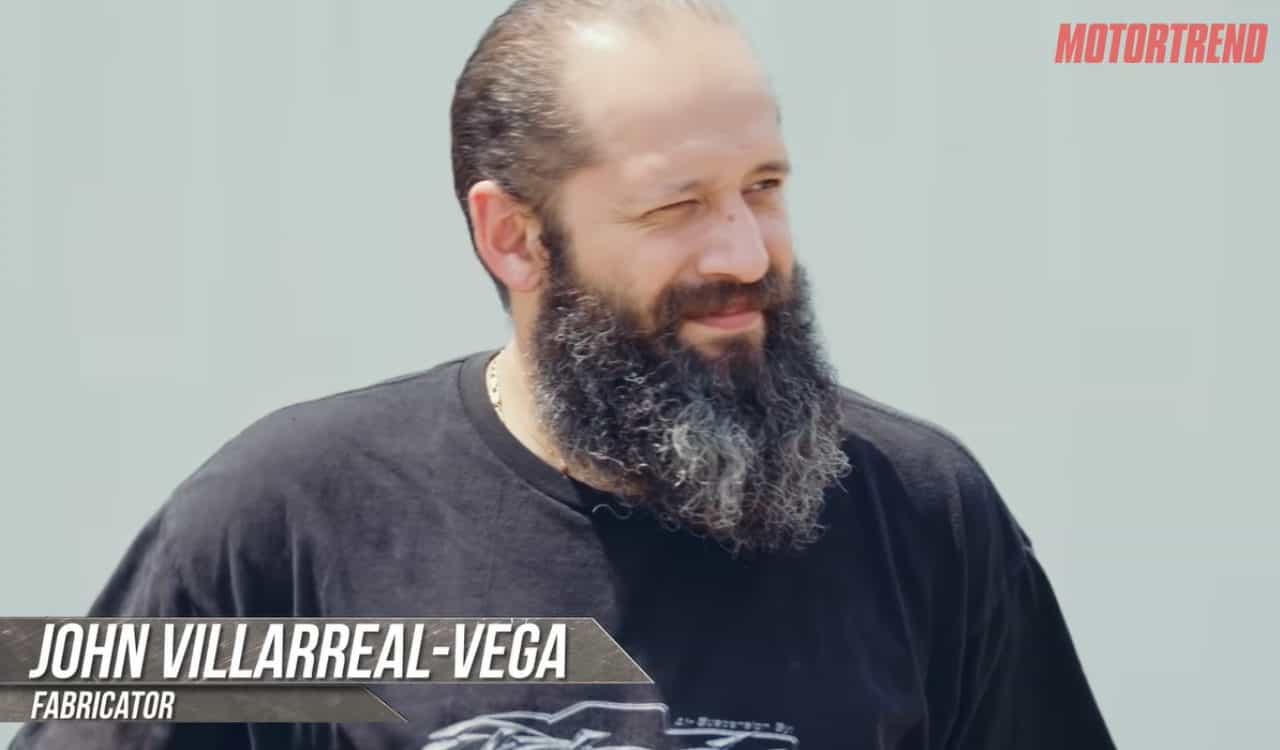 John Villarreal is the fabricator of the Show (Credits: MotorTrends)

The show has a good interior team as well, making the vehicles shine both ways. These works are done mainly by John and Heath. Unlike other car shows, Texas Metal has no drama, the customers show up, let Bill know what they’re looking for and Bill names the price. The work soon begins without much bargaining or unnecessary issues.

The 5th season premiered on January 12, 2022. It began with the crew working on a Jeep and breaking it apart completely. The goal was to make it much wider and longer than it already was. They also made sure the exterior looked cool as well. From a place outside America, the team takes up the task of working on a 1998 AMG G-Wagon and adding handmade modifications to it.

The next episode involved Bill and his fabricator, John, taking up John Cena’s request of turning a 1969 MGC into a more modern version of itself. He wanted the car to be a perfect fit for him and after four episodes John Cena receives the car he had given in to. It had been completely transformed into a better version, and even the engine was upgraded and made cleaner and more compact.

Bill Carlton then works on a 1928 Ford Rat Rod, a ’42 ord Pickup along with a ’75 C10. All of these projects test the automotive skills he has acquired by working at the company for 28 years. The next project involves the classic Cadillac, and despite Bill not being fond of the car, he does a remarkable job at improving the aesthetics of the car.

A customer brings in a 2021 Silverado 4500 HD, thinking it had a big problem. The crew at Texas Metal manages to get the work done in a short amount of time. The team then starts the next project, which involves customizing a 2022 International vehicle.

We then cut back to the Willys Jeep, which is now fabricated and made into a complete vehicle once again. Bill works on his favorite car 2001 Hummer H1. The vehicle ends up needing much more reinforcements than the owner had imagined. Bill’s daughter joins the shop and works on her car.

The next task involved making a Chassis completely out of scratch along with a Bed. They rush to make it on time while making sure the Jeep looked good both ways. The crew often has to take up projects that involve construction from a very basic level. That’s why Ekstensive Metal Works is said to be the best of its kind.

With the auction showing up in Spring, Texas, the team gears up to enter it. The next build the Ekstensive Metal Works team takes up involves the construction of a giant rigid buggy. They only use tubes to make it and try to make the cage completely indestructible. This project tested their skills as well as their technical knowledge of fabrication. 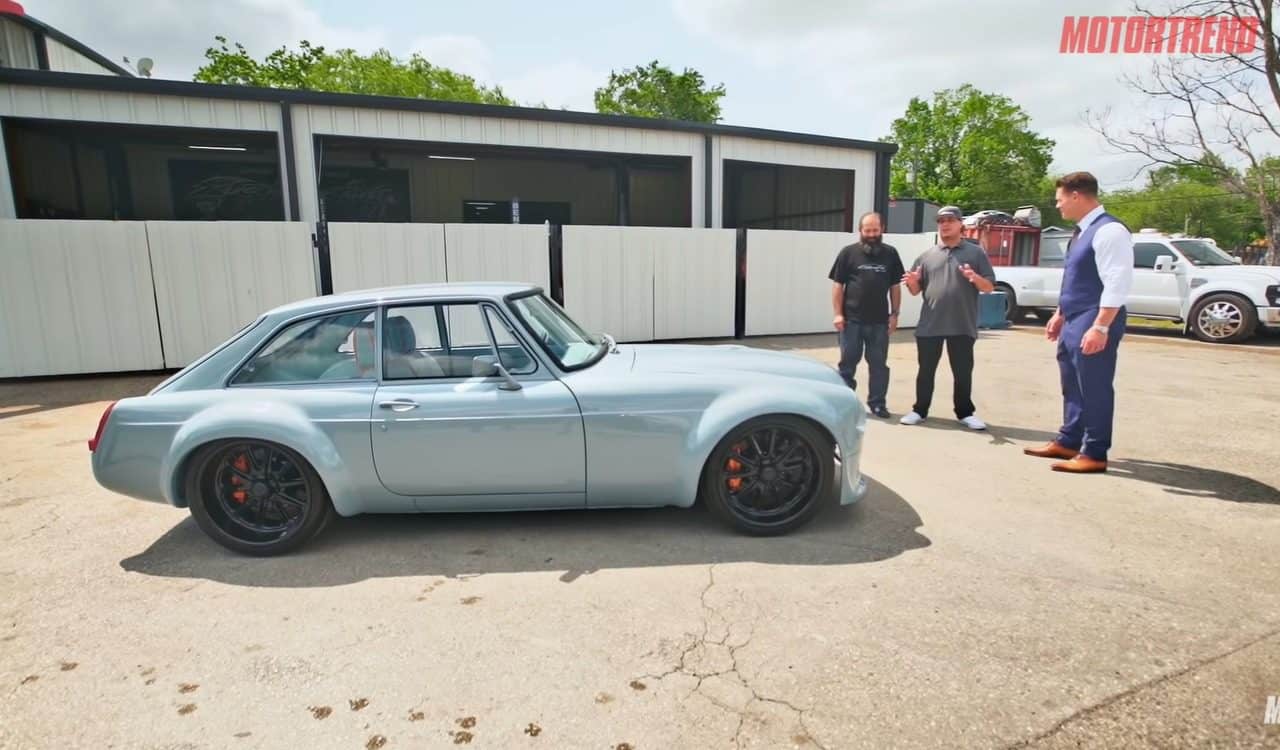 The Car is Presented To John Cena (Credits: MotorTrends)

Customers from Bill’s hometown show up, asking for a van that would be good for partying. They work on the 2022 Ram ProMaster Van and make sure these locals get what they came for. The team then works on a 1968 C10 that requires a new set of skills to be tested. They have to work on an epoxy river bed, which is not something they get to do often at the show.

When a 2018 Ram Dually was not able to work efficiently or lift any sort of heavyweight, the owner asked Texas Metal workers for help, to which they responded by giving the car a unique makeover. While working on the 1960’s Jeep, the crew realized that it might need to be modified to prevent any problems. They do this by making the front part of the car using their hands.

When Will Texas Metal Season 6 be Released?

With another set of great mods, the 6th season of Texas Metal will be premiering on January 18th, 2023. All-new episodes of the MotorTrend series will be coming out on Wednesdays, and the episodes will have a run-time of 50-60 minutes.

All seasons except the first season of Texas Metal have around 12 episodes per season. The release dates for each episode are:

The first episode will consist of Bill working on a Jeep, a Hellcat, and many others. The episodes will also feature a giant project, involving the Missouri Tanker. 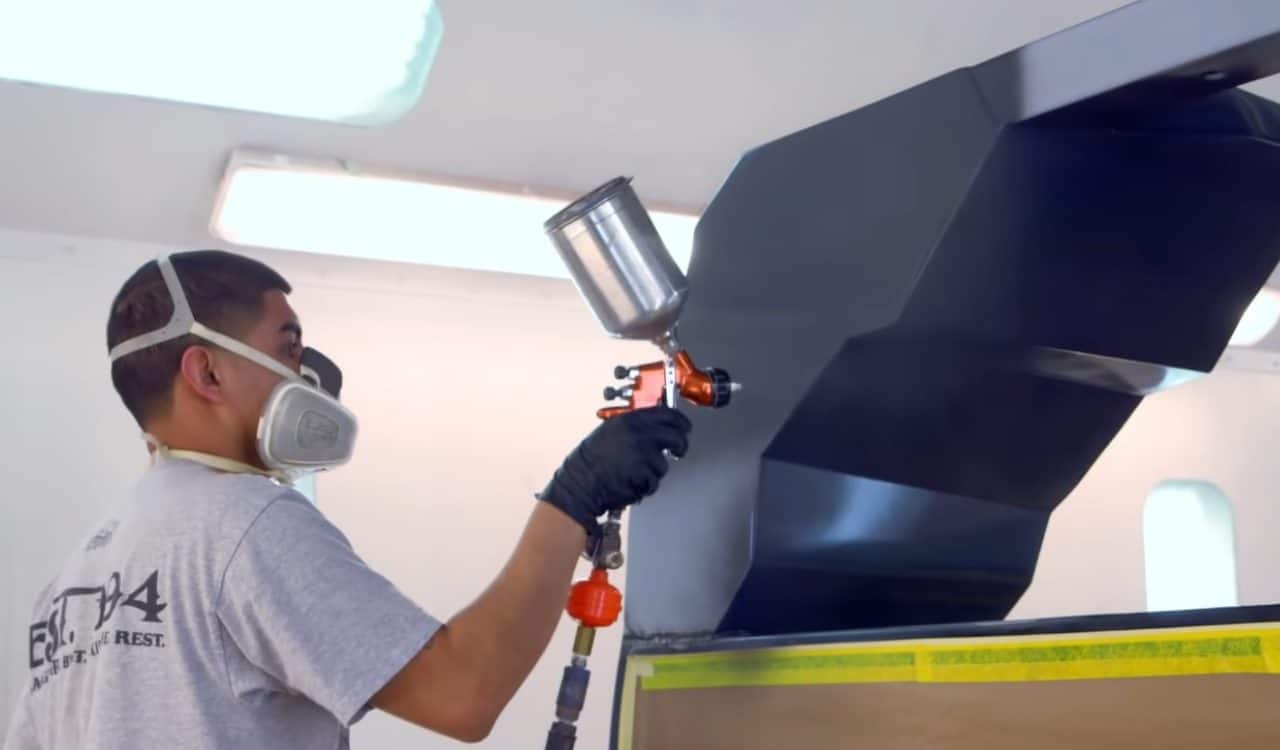 MotorTrend takes up the airing for the episodes of Texas Metal. The show is on the platform at around 9:00 pm ET/PT and 8:00 pm CT. These episodes can also be availed through MotorTrend’s Website, where the Latest news and other related content is posted. New episodes are posted at 12:00 am ET.

American viewers can watch Texas Metal on other platforms like Discovery+ and YouTube TV. Although the new seasons are uploaded after a delay, episodes of the automotive series can also be watched on Vudu and Direct TV. MotorTrend does have a YouTube Channel, where viewers can watch clips and segments from the episodes.