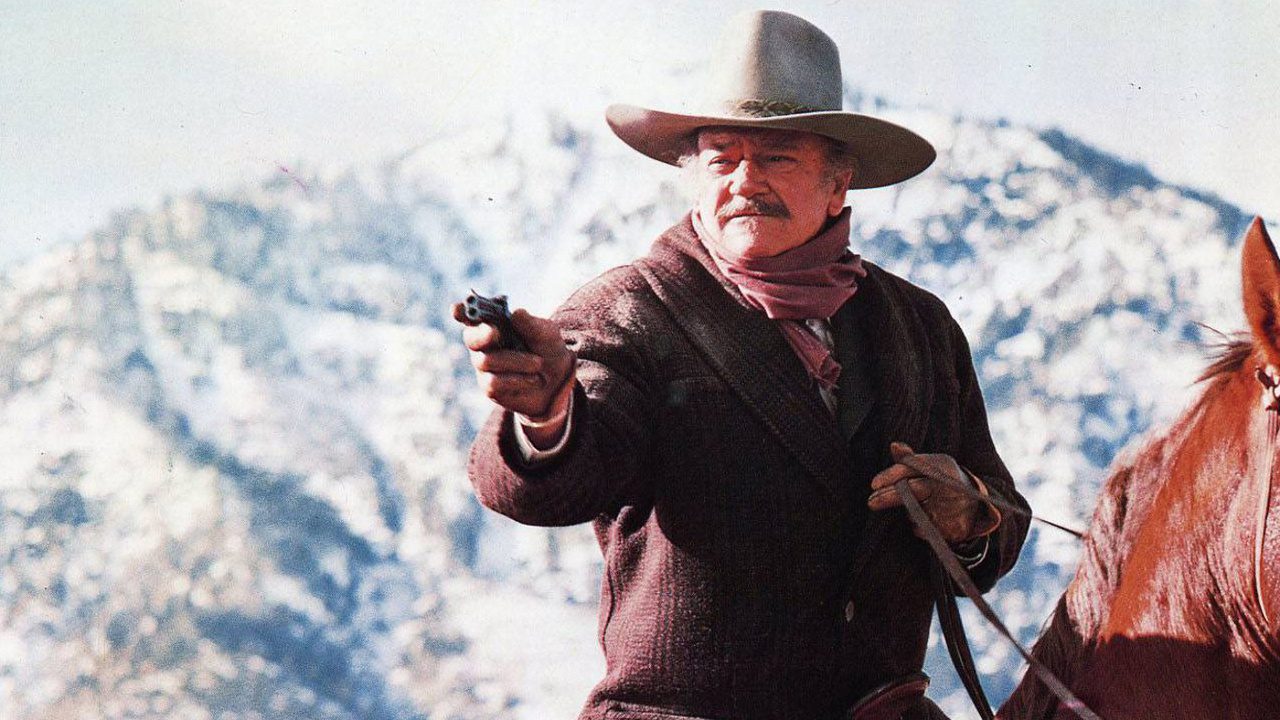 Scene From The Shootist

John Wayne is one of the most iconic Hollywood actors of the “Golden Hollywood Age”. He is famous for acting in several western films that, over the course of time, have become timeless classics. His career spanned several decades, during which he acted in more than 170 films. John Wayne began his career in silent movies, and then he swiftly transitioned into the “American New Wave Cinema”. Some of his popular films are True Grit, The Searchers, The Shootist, etc.

The Shootist marked the last film of John Wayne; in this film, he played the role of an aging man suffering from cancer who died while fighting against his enemies. And just like his last film, John died a few months later due to cancer, marking the end of the John Wayne era. And today, we shall be talking about the movies in which John Wayne died.

Hangman’s House is a revenge romance drama whose story revolves around Mr. Hangman’s house & his family. The movie opens with a wanted Irish man named Hogan, receiving a letter that forces him to return back to Ireland, where he is a wanted criminal.  Hogan returns to his homeland with just one intention. i.e, to get revenge on the man who is responsible for his sister’s death. The story then follows how Hogan meets Hangman’s daughter Connaught and & how he takes his revenge on his sister’s killer, at the same time helping Connaught to marry her love.

In Hangman’s House, John Wayne’s death scene is not shown to the audience, but a flashback scene is shown where we see a blindfolded guy who is about to be hanged, and that man was John Wayne. 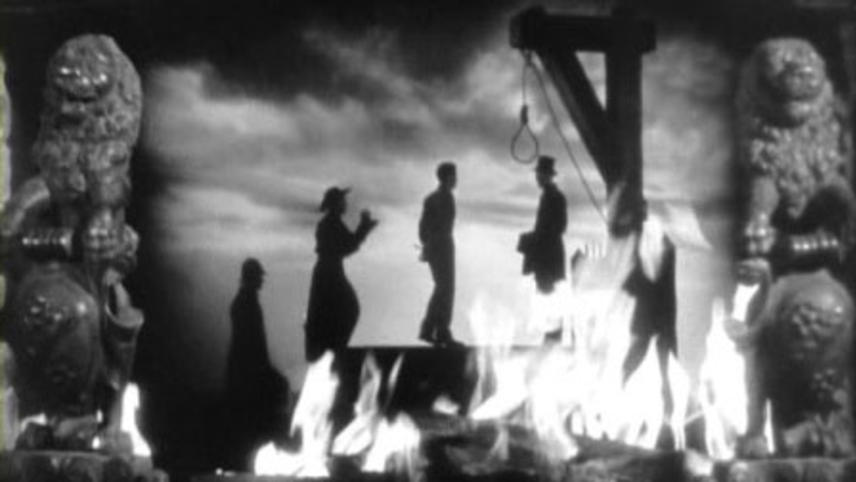 The Man Who Shot Liberty Valance

It opens up with the scene where we see people gathering to attend the funeral of Tom Doniphon (John Wayne’s character), an old friend of his narrates the story of John Doniphon, how he met him, and how he saved a town from the terror of Liberty Valence. The film follows the unlikely friendship of the duo Tom and Ranse, who locked horns against one of the notorious gunfighters named Liberty Valance. Upon its release, this movie met with lots of positive reviews, and it’s probably one of the best western movies of the legendary director John Ford.

John Wayne’s death in The Man Who Shot Liberty Valance is never shown to the audience. We only know that he died in the movie, and the movie opens up with his funeral scene, then it goes into a flashback narrating to us the story of who John Wayne’s character really was. 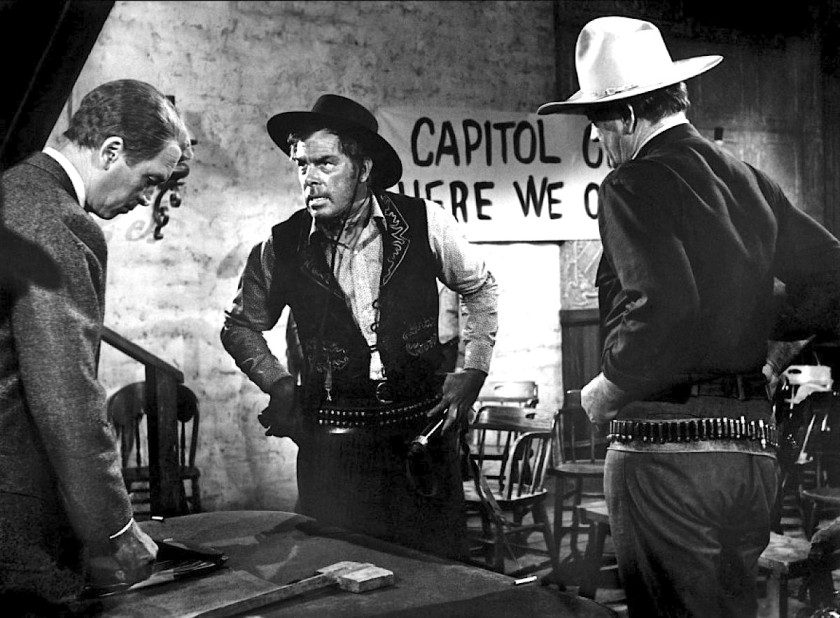 Scene from The Man Who Shot Liberty Valance

Central Airport is a tragic romance drama that follows the story of a pilot who losses his job after crashing a plane. But he eventually meets Jill and her daredevil brother, who are “Barnstorming Parachutists”. After a series of events, our protagonist falls for Jill, but the real twist comes to the story when Jim’s brother also falls in love with jill and marries her. This fills Jim’s soul with bitterness, and he joins the rebel army. Central Airport is a story of a daredevil pilot and his tragic love story.

Well, John Wayne was not the main lead in this film. In fact, he had a very tiny role where he got just a few minutes of screen time. He played the role of a pilot who died while trying to save a drunken passenger’s life. 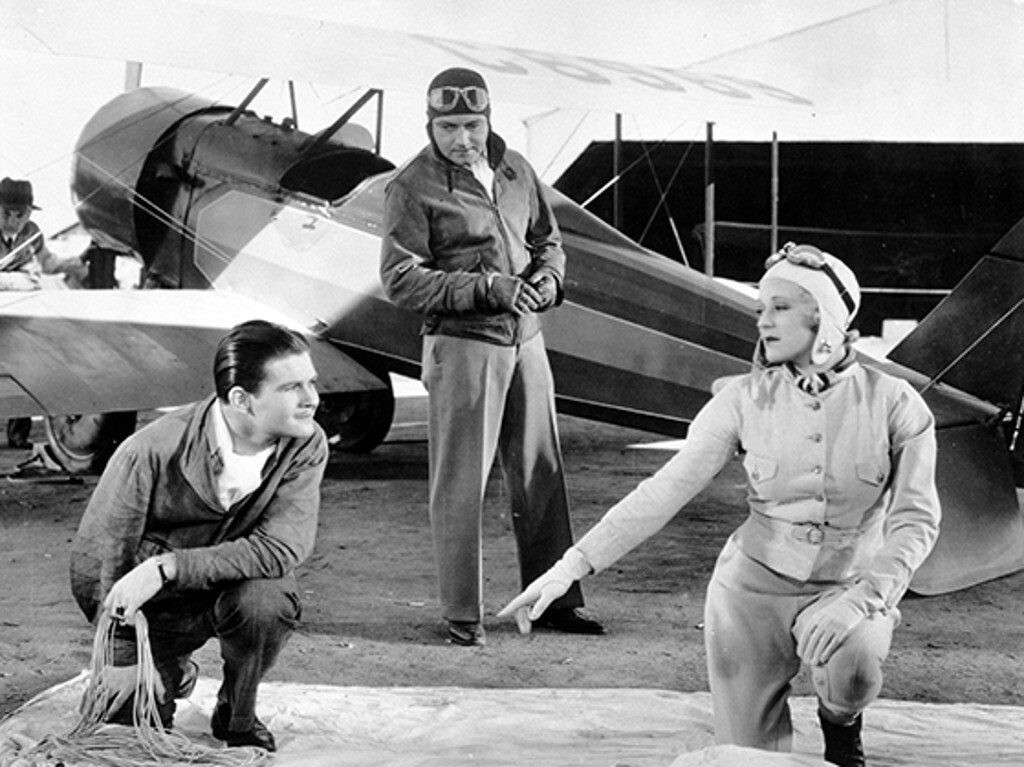 West Of The Divide

West Of The Divide follows the story of Ted Hayden (played by John Wayne), who takes up the identity of a wanted killer in order to know the truth about his father’s killer and his brother’s whereabouts, whom he lost at a very young age.

In West Of The Divide, John Wayne died by drinking poisoned water. 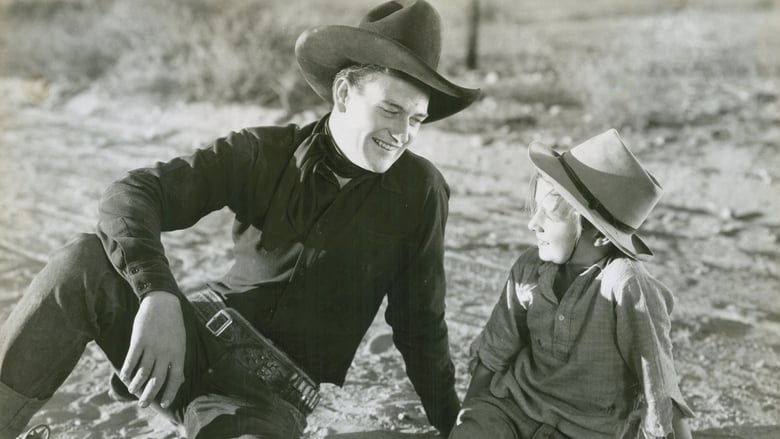 West Of The Divide Movie Scene

The Sea Chase’s story is set during the beginning of World War 2, where a German captain “Karl Ehrlich” (played by John Wayne) must take his ship and return back to Germany before the ships of the allied force hunt them down. Left only with limited resources, fuel, and food, how Karl and his crew reach Germany forms the rest of the story. This movie is based on a novel of the same name.

In The Sea Chase, John Wayne dies when their ship sinks. But it’s never clearly shown whether or not John Wayne’s character actually died. The makers gave a hint that JW’s character might have survived but we can never say for sure. 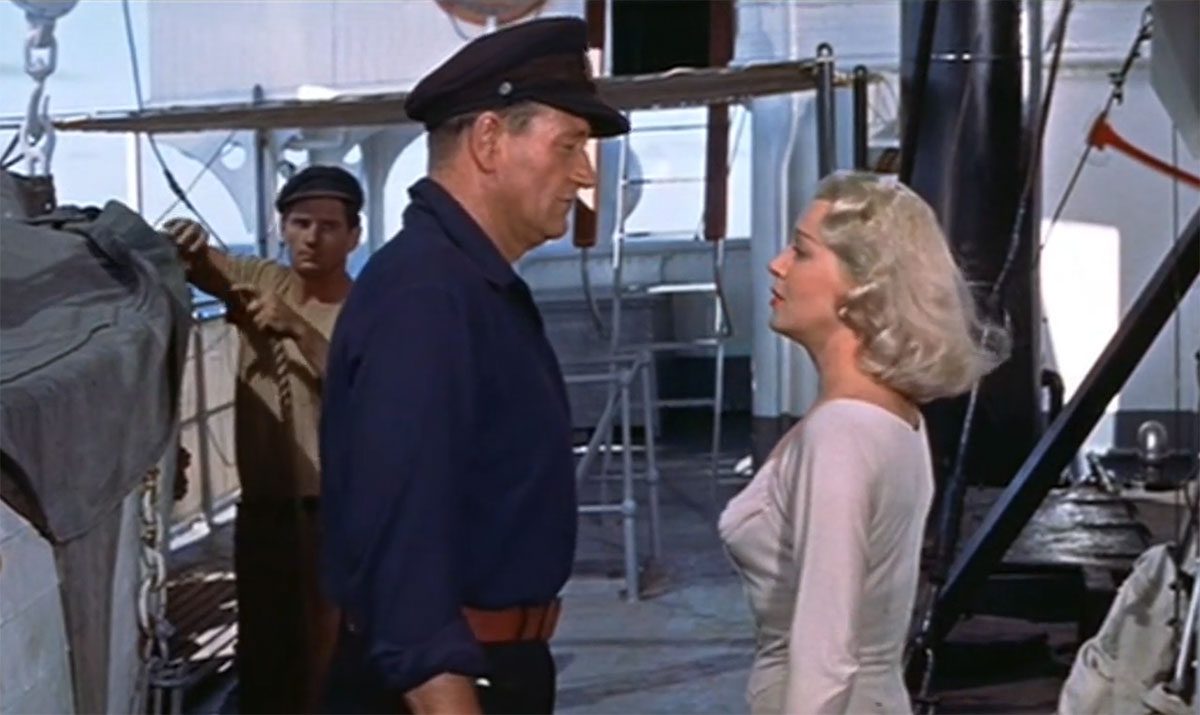 The cast of The Sea Chase

Reap Of The Wind

Reap of The Wind follows the story of Jack Stuart (played by John Wayne), whose ship gets wrecked in an accident, and he gets saved by Loxi, a salvager who eventually falls in love with Jack. But their life gets complicated when King Cutler, “A ruthless salvaged,” enters their life, profits from causing ship wreckage, and salvages them. Reap of The Wind is a tragic romance drama that follows the lives of people who work on ships and in the salvage business.

In this film, John Wayne dies undersea when he gets attacked by a giant squid. Dance scene from Reap Of The Wind

The Deceiver is a 1931 crime murder mystery film whose story revolves around a Shakespearean actor named “Ian Keith” who gets murdered in his room while the suspect for his murder falls on his understudy Lloyd Hughes.

In this film, John Wayne played the role of a corpse. Technically he played the dead body of Ian Keith. 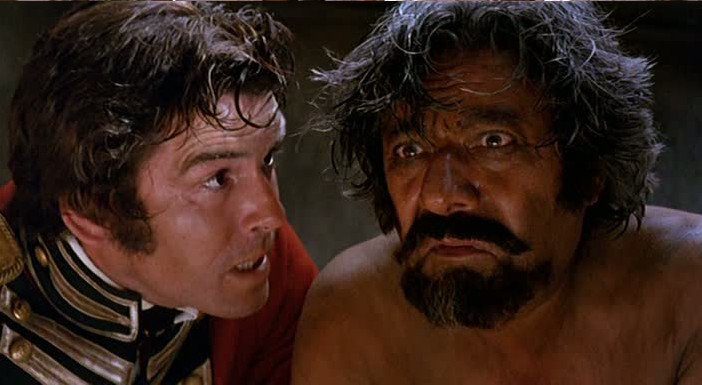 The story of Fighting Seabees is set during World War 2, where a tough construction boss leads his construction team into a battlefield to help the US army by constructing roads, buildings, and bridges. But with constant enemy attacks and ambushes, will our protagonist be able to succeed in his mission? This forms the rest of the story of The Fighting Seabees.

In The Fighting Seabees, John Wayne dies after getting shot by a sniper. 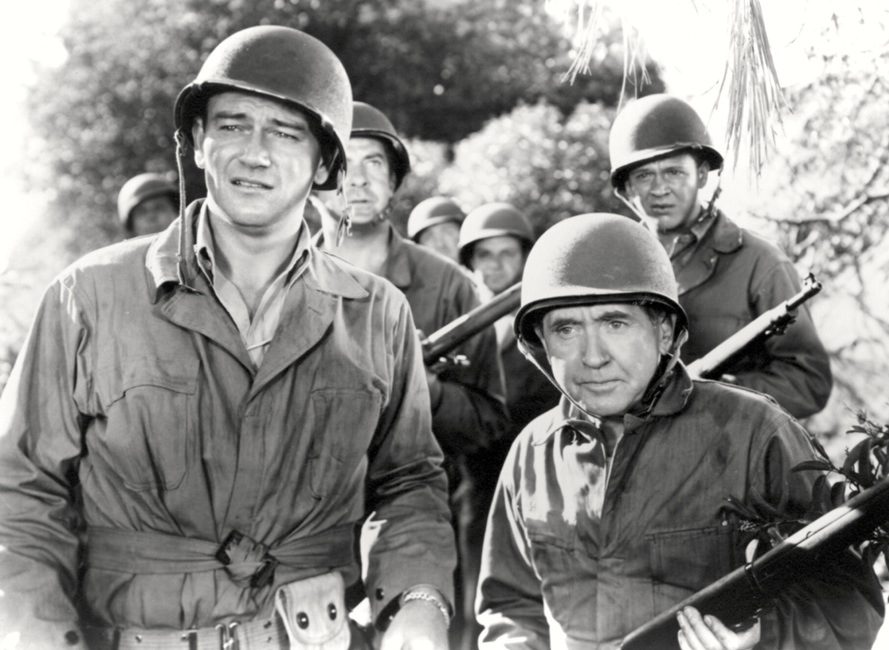 The Cowboys is one of the classic western dramas of the 70s, starring John Wayne in the lead. The story follows Will Anderson, whose crew suddenly abandons him to join the gold rush. Left with no choice, he recruits some young boys & trains them so they can join him in his cattle drive. “But as we all know, nothing goes peacefully in the west”, their journey was filled with lots of challenges and dangers, but it turns really dangerous when they become the target of the notorious bandit “Long Hairs”.

In this movie, John Wayne gets killed by the main villain. While his boys get their revenge from Long Hairs. 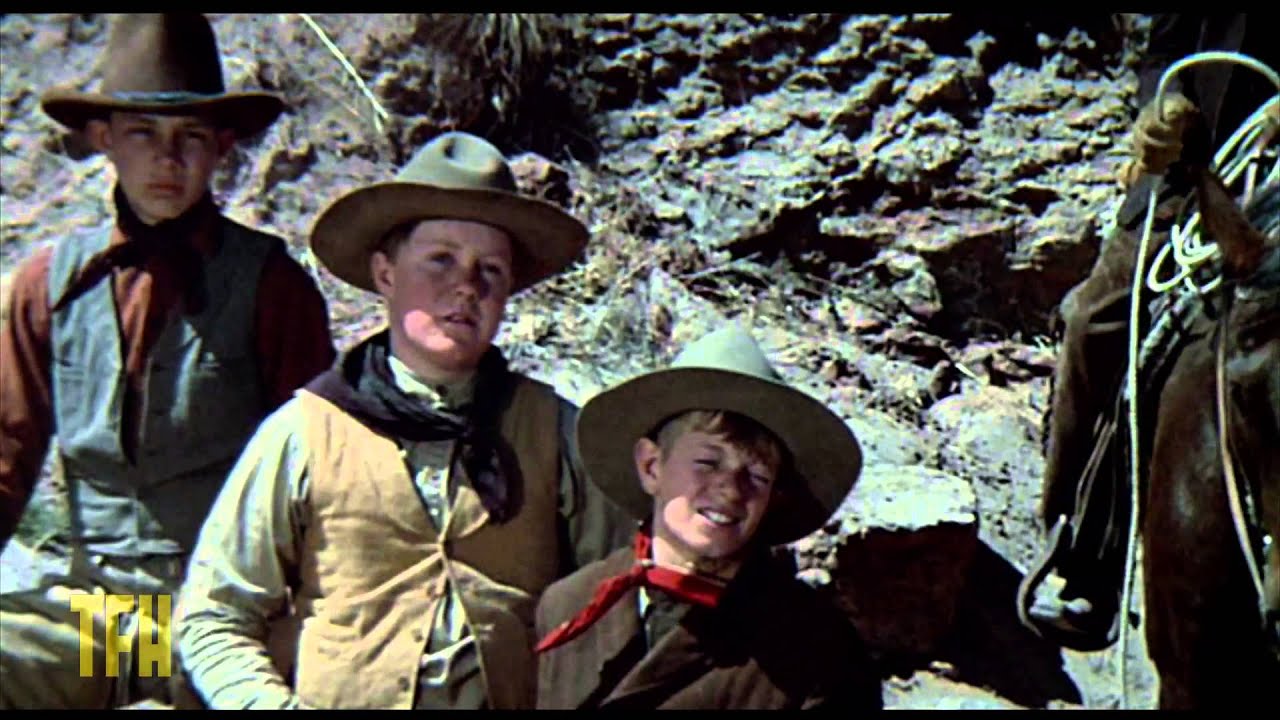 The Shootist is John Wayne’s final film. In this film, John Wayne plays the role of an aging shooter who gets diagnosed with cancer & decides to spend his final days peacefully in Nevada. Until a group of suspicious people arrives in the town seeking JB Books (John Wayne’s character) to get their revenge.

In this film, John Wayne dies in a shootout towards the end of the film. Marking the end of John Wayne’s era.

Scene From The Shootist

The Alamo is an epic war adventure movie that follows the story of  Davy Crockett & their mission to stop the Mexican army from invading Texas. It’s 3 hours long, epic war western movie that is packed with lots of action, drama, and adventure.

In this movie, John Wayne gets killed during the war by one of the enemy soldiers. The sand of Iwo Jimma is based on the battle of Iwo Jimma. It follows the story of John Stryker (played by John Wayne), who trains his team and prepares them to face the harsh reality of the battlefield. Initially, his soldier despises him for being too harsh and strict, but later they realize that it was all for their good. The rest of the story follows Stryker and his team taking part in the bloody war. 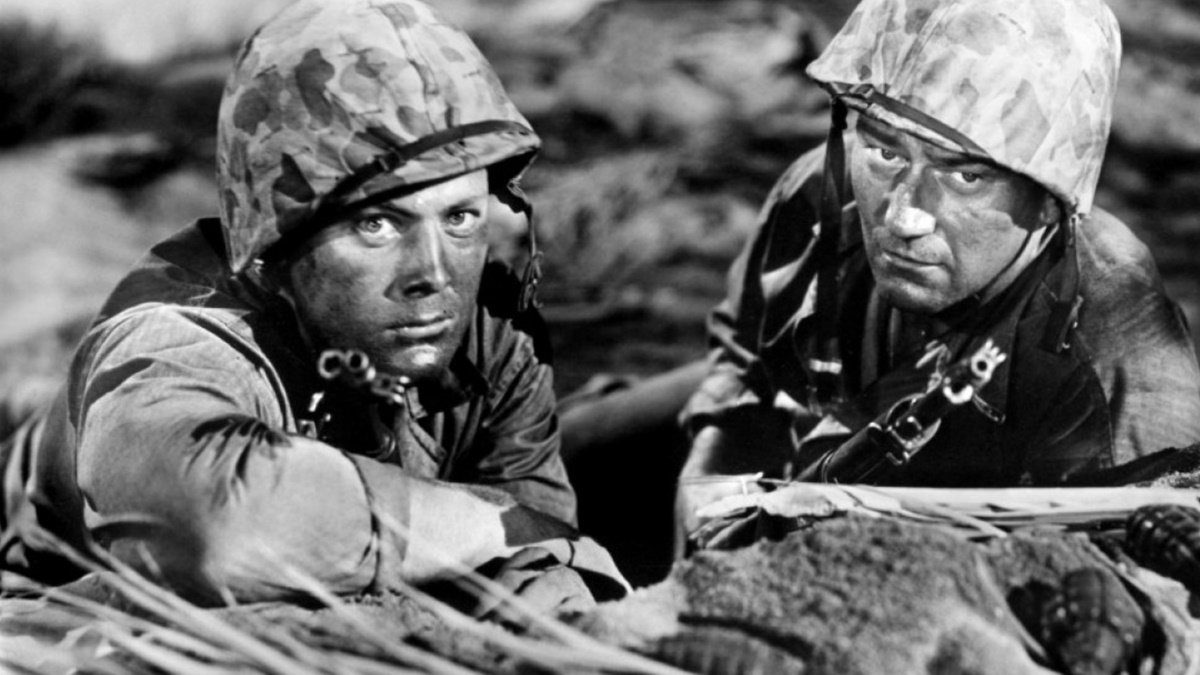 In this film, John Wayne dies after getting shot by a sniper.

You Can Also Check: “How Steve McQueen Passed Away? All Details About His Death”