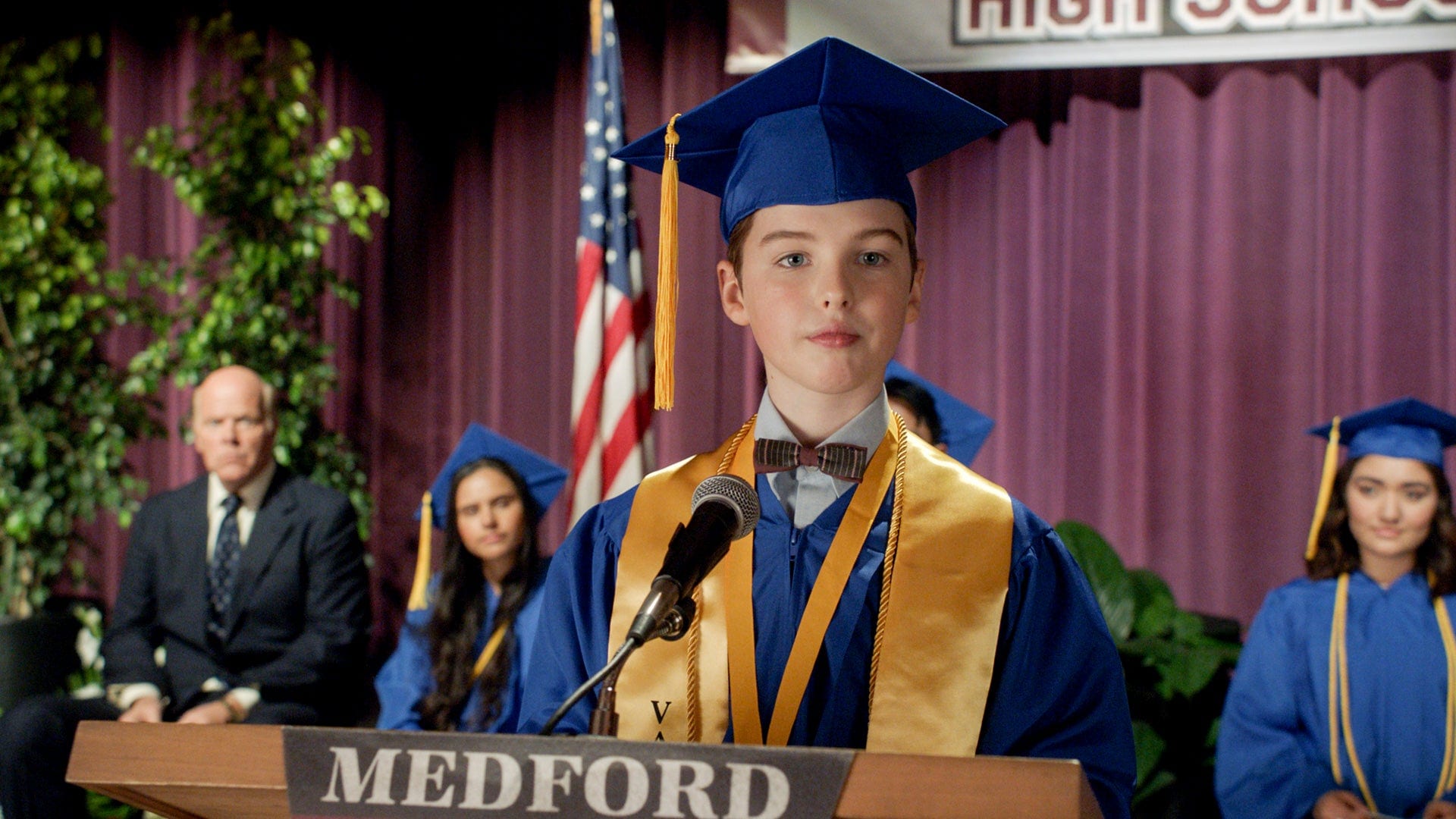 Young Sheldon Season 4 has been going on for a while now and the fans are absolutely in love with what the creators are portraying to us on the screen. Recently in the show, we have seen that President Hagemeyer is involved in the plot. Actually, he wants assistance from Sheldon in order to recruit Paige for the university. This is why Sheldon goes on and talks to Paige about the situation where she reveals her wishes. Paige does not want to take the tour of the university and has no interest in it. But she is doing so as to please her mother. Paige wants to join Columbia or maybe even Harvard instead of it. This conversation goes a bit rough on Sheldon’s mind as he does not like the way Paige is talking about his school and criticizing it. She also made it clear that Sheldon goes to this institution just to stay with his mother.

On the other hand, Melissa is pretty sure that Sheldon has the biggest crush on Paige. She even has all the facts checked out from the quiz posed by her magazine. But this news shocks Sheldon and thus, he goes on to have a talk with Dr. Sturgis. After his talk with the adult, he finally realizes that he does have a crush. This is why, Sheldon, without any hesitation, goes to Paige and tells her everything. Then Paige also claims that she has a crush on Sheldon. Here, Paige says that she would like to kiss Sheldon but he has to close his eyes. Instead, she draws a mustache on his face. This is when Sheldon realizes that he does not have a crush at all on anyone. George, on the other hand, is pretty upset regarding the cost of fabrics that Mary has bought. Now, we shall conclude with the recap of the previous episode and instead discuss what lies in the future of this series for us. 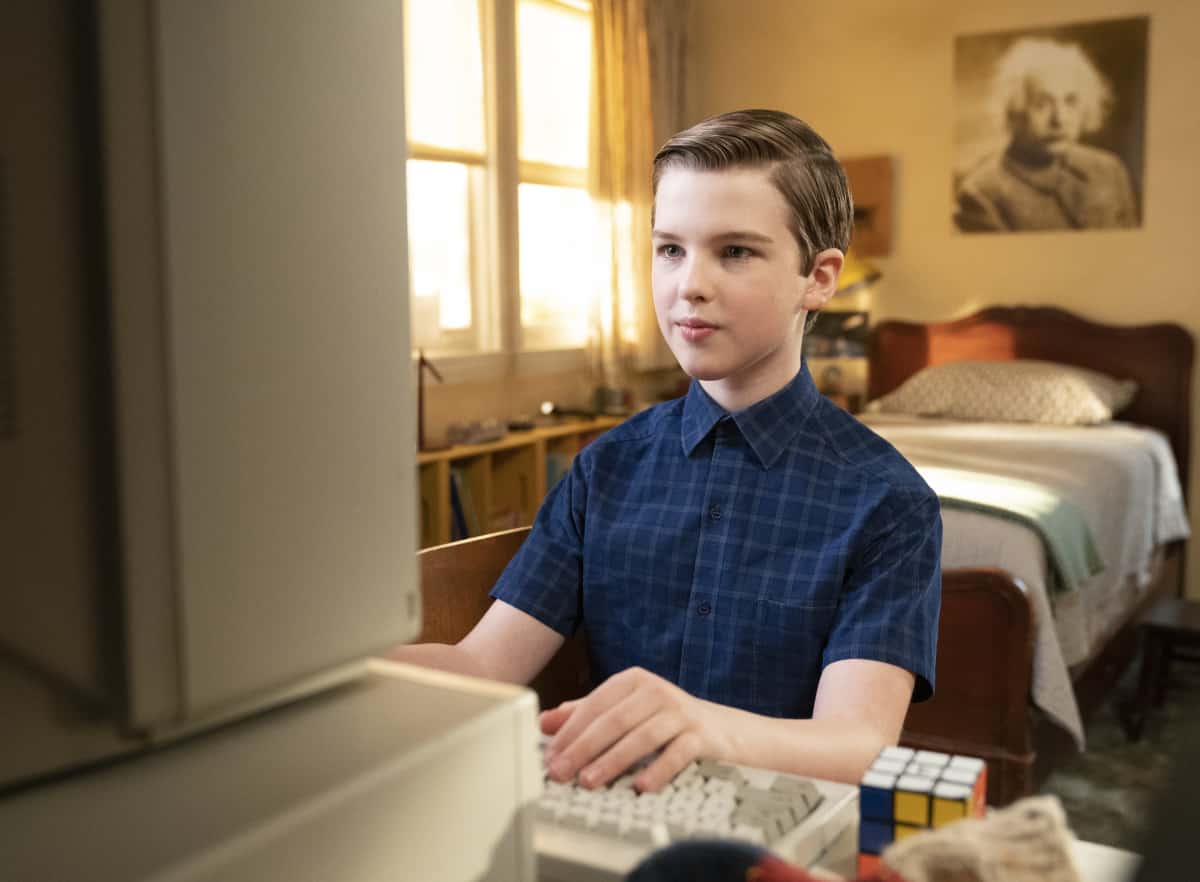 A still from Young Sheldon Season 4

Young Sheldon season 4 episode 17 release date is on the 6th of May 2021 and is titled A Black Hole. This episode is going to drop out as per its usual schedule on CBS at 8 pm according to Eastern Time. Also, for further details, you guys should keep in mind that new episodes of the series come out every week on Thursdays. Now, if you are a fan and want to watch the latest episodes of the show, but are unaware of where to do so, then we have got you covered. The first and easiest method of watching the latest episodes is by tuning in to CBS at the designated date and time slot and you will find your episodes airing. Well, if you do not have cable cords at home, then there are other ways too for your assistance. You all can watch the series by heading over to the official website of CBS which is going to help you assist in your entertainment needs. Although, the new episodes drop out a bit later after their original air on the network.

Well, now you all might be wondering about what the next episode of the show might look like. Here, we have mentioned few spoilers regarding the unreleased episode, and there may be some fans who might get uncomfortable while reading those. If you are someone with the same reasons, please feel free to skip over to the next section. In Young Sheldon season 4 episode 17, we will witness The Coopers having a strong family discussion. They are talking about the details related to the Black Hole and how it ever came into existence. Obviously, the Big Bang theory shall also be mentioned and it will beautifully connect this spinoff series to its parent show. Sheldon finds himself pretty interested in the talks of alternate universes and this is when we see that Dr. Sturgis has come over for dinner. Even the doctor does not hold back his excitement regarding the whole Black Hole concept and will indulge in talking it over. On the other hand, we will witness heartbreak. Missy will be seen shattered in the show and it obviously will be an emotional scene for the audience.