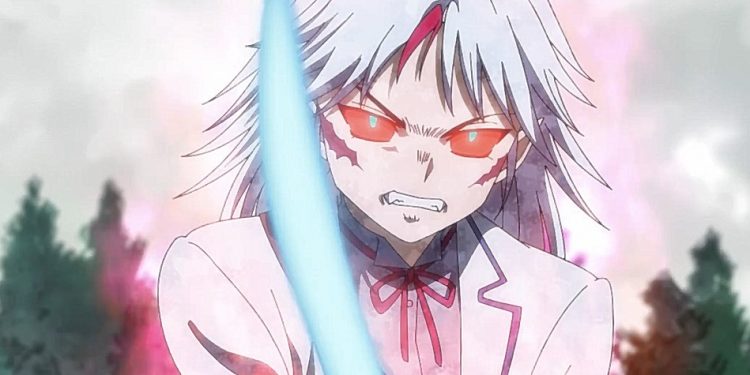 Yashahime: Princess Half Demon – The Second Act Episode 14 reveals the mystery behind the curse that Zero uses against the Half-Demon Princesses’ mother, Rin. Setsuna met with his father, Lord Sesshomaru, who reminded her about the thread of fate. But she arrives at the Tree of Ages; Rin stops her from cutting the thread of fate. Rin reveals that Setsuna has settled the regrets or cannot save Zero due to the curse. In the recent episode of Yashahime: Princess Half Demon – The Second Act, Setsuna realizes that if she cuts the thread of fate Towa will also die. But Rin told her that she had to face Towa and Zero.

Rin gave her something to help her save Towa and Setsuna travel with Demon Cat Kirara. They realize that they will find Towa if they follow the thread of fate. On the other side, Towa turned into a Hal-Red Demon and told Zero and Lord Nanahoshi that they would pay for peering into her memories. Riku blocked Towa’s blade and reminded her that Zero is connected to Rin by a thread of fate, and if she kills her, she will also die with Rin. Zero put two pearls inside her eyes and told Towa that she was the Great Demon Zero who would send her to hell.

She reminds her to try to take her down. Towa sends Riku flying and fights Dream Butterfly Dragon, but her blade couldn’t cut them. She enhances her sword with Demon powers and destroys Dream Butterfly Dragon. Zero saw that and told her that playtime was over. She coats the area around them with traps and uses cannons against Towa, who cuts them with her sword. Towa survives everything that Zero uses against her.

Previously on Yashahime: Princess Half Demon – The Second Act Episode 13

Towa reminds Zero her attacks are too weak to kill her. Zero asks her if she knows the one who sent Demon Homura to destroy the forest at her young age and gets separated from Setsuna. Towa gets angry when she knows that it was Zero who sent Homura. Riku gets up with bruises all over his body and reminds Towa not to let Zero provoke her since Towa might fulfill Zero’s wish. Zero continues to provoke Towa and reminds her if she was not around, Setsuna and Towa would have never been separated. Towa’s Demonic power increases while Jaken and Moroha head to the Tree of Ages with Takechiyo.

Jaken gets angry when Moroha refers to him as “you” and reminds her to call him Master Jaken. Takechiyo can’t believe that they are traveling with a dramatic old geezer. He told them not to forget to pay them since he was carrying them. Jaken reminds the two about Rin, and if the silver-scale curse covers her body, she will die. The trio arrives at the Tree of Ages, and Jaken is worried that Lord Sesshomaru will return. Moroha can see anything and asks Jaken if he is sure it was there. Jaken tries to communicate with Tree of Ages but no reply.

Takechiyo says he has a hard time believing Jaken. Cut to Towa vs. Zero, Towa allows the flames of rage to consume her, and Zero likes that since she wants to see Towa’s Demonic forms and how powerful Towa is even though it might cause them to die. Riku reveals Zero’s wish, and Setsuna arrives in time and stops Towa. Beast King Kirinmaru arrives at the Windmill of Time and wonders why it hates him. Setsuna saves Towa, who learns about a thread of fate, and Riku kills Zero.

Yashahime: Princess Half Demon – The Second Act Episode 14 will be released on 8 January 2022. Zero thanks Riku since he did the rights thing, and Rin’s curse was lifted. Before she dies, she tells them about the prophecy of Shikon Jewel that reveals that Half-Demon will kill Beast King Kirinmaru. The showdown between Half-Demons and Beast King Kirinmari will begin when the anime return from a weekly break. Let’s look at Yashahime: Princess-Half-Demon – The Second Act Episode 14 official details.