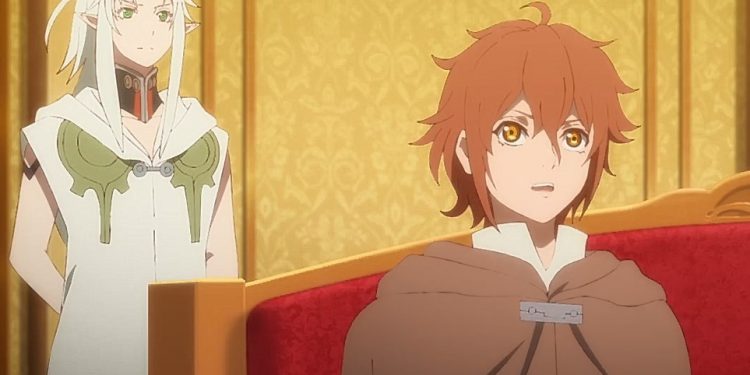 The Faraway Paladin Episode 11 reveals the mystery behind the Beast Wood. Will met with Ethel, who told him that he would kill him if he were not accepting his orders. Ethel also reminds Will about the battle were he was poisoned. Will realizes that Ethel is potent enough to kill him and decides to speak his heart. He knows that his request is too dangerous for Ethel, and he can defeat only two guys in the room. In the recent episode of The Faraway Paladin, Will explained his case and talked about Gracefeel, the goddess of light.

He begs Ethel to grant permission, but Ethel is worried that Will’s path will lead to despair. Ethel told Will that he would pay the price if his plains failed and died. Will replies that he will succeed, and Ethel wonders if Will is a high priest. Ethel accepts Will’s offer and reveals that he noticed that when he said he would kill Will, Menel gave him a murderous glare. Menel says he was staring since he thought Menel would also kill him. Bishop Bart Bagley enters the room, talks with Ethel, and reminds him not to act irrationally.

Bagley reveals that Will is registered with his temple, making Will the member even though it is temporary. He reminds Ethel about the temple’s authority. Ethel asks Will if it is accurate, and Will agrees with that, and he reminds Bagley that people from his temple are the ones that send Will to him. Bagley gets furious that he was away and the guys in his temple did things without telling him. Ethel reveals that Will asks him for a private army, and Will is not what Bagley thinks.

Previously on The Faraway Paladin Episode 10

Will want to help the people of Beast Woods. Ethel reveals that he wanted to kill Will when they met, but Will convinced him not to do that. He believes that Will is frank and can’t assassinate a frank guy. Bagley is surprised to hear that Will is the new knight of the White Sails Kingdom. Ethel asks Bagley to give Will the temple’s blessing and tells them about a paladin; Bagley tells Ethel to go to the temple and think about that offer. They both left the room and left Ethel alone.

On their way, Bagley scolds Menel and Will for taking the matter into their hands without consulting him. Will notice that Menel won’t accept that and let the two scold each other. Menel told Bagley that he was not his boss and was the church’s head. Bagley wonders how dare Menel says that and asks him if he wants to fight for that. Will and Bagley’s assistance talks about the church’s matter, and the lady reveals that her father wanted to resolve that matter alone, and it has been troubling him. Will apologizes for Menel’s behavior and asks the lady to come with Bagley to his temple.

The lady reveals that she is Bugley’s daughter but not by blood. Bagley once had an orphanage in the capital, and when he leaves, he adopts her. The lady reveals that Ethel asked her father to relocate to his kingdom. Will realizes that Bagley has connections everywhere and loyal subordinates. He thanks Bagley for helping them, and Bagley reminds them that he was defending the temple’s authority. Will realizes that the sun is down and reminds Bagley about the evening prayers. Bagley narrates a story that happened 200 years ago.

The Faraway Paladin Episode 11 will be released on 25 December 2021. Bagley told Anna to help Will since he is an ancient who came here 200 years ago. Later they arrive at church, and Will talks with Bagely about something. Bagley accepts Will’s proposal and explains how the blessing works. He told Will all the temple rules that he had to follow. Let’s The Faraway Paladin Episode 11 official details.