Neon Genesis Evangelion is one of the most critically-acclaimed mecha anime series out there, and Gendo Ikari plays a pivotal role in its narrative. 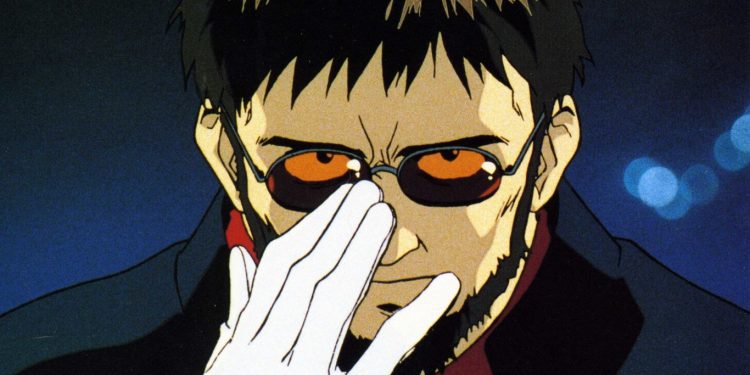 If someone mentions Mecha anime, then the name Neon Genesis Evangelion will come up from somewhere. The Japanese name for this anime literally translates to New Century Gospel. Neon Genesis Evangelion was first aired from October 1995 to March 1996 on TV Tokyo. The anime can be called a dystopian era, psychological, mecha anime. But it is more of a deconstruction of your usual mecha animes. Evangelion is set in a different era in the futuristic, fortified city of Tokyo-3, almost fifteen years after there has been a worldwide cataclysm. The protagonist, Shinji Ikari, is the teenage son of Gendo Ikari, who is the commander of the NERV organization. Playing a pivotal part in the series, fans of the series are curious to know his fate. Will Gendo Ikari die in Neon Genesis Evangelion?

Gendo Ikari played a major role in the research and construction of the Evangelions and the Human Instrumentality Project. He recruits his own son to pilot a giant bio-machine mecha named Evangelion into combat against beings called ‘Angels’. The anime explores in detail the experiences and the emotional turmoil of these Evangelion pilots and members of NERV. His role is that of a villain in the series, but a very interesting one, I should add. So does Gendo Ikari actually die by the end of the anime? How does he meet his end? Let’s start from the beginning of his story!

Who is Gendo Ikari?

Gendo Ikari is the commander of the NERV organization and the father of our protagonist, Shinji Ikari. He is one of the main people responsible for the research and construction of the Evangelion bio-machines and the Human Instrumentality Project. Gendo Ikari was actually born as Gendo Rokubungi.

Although we don’t get much information on his childhood, there are hints that he may have grown up in a traumatic environment. Gendo met Yui when he was still a student and started a relationship with her. He also became good friends with Professor Kozo Fuyutsuki. Gendo and Yui got married at the beginning of the 21st century. He changed his surname to Ikari after the marriage.

Gendo Ikari is 48 years old and has the appearance of a typical middle-aged man with glasses. He has brown hair similar to Shinji’s. Ikari usually wears the NERV black commander’s uniform and the necklace. The uniform has gold lines sewn on the edges of the jacket and a green triangular identification piece sewn at the sleeves. He rarely wears other outfits. Gendo wears a pair of white gloves to conceal his severely-burnt hands caused by the Unit-00 berserk incident.

Also Read: 20 Neon Genesis Evangelion Facts That You Should Know

Gendo Ikari is someone who can think about the welfare of an organization as a whole. In other words, he is as ruthless as they come. He will take any measures possible that insures his success.

Ikari abandoned his son, Shinji, when he was just a toddler. Throughout the anime, he acts distant and harsh towards him. He hardly cares about Shinji. Although he does show regret for his actions later, it does not do justice to Shinji.

Gendo Ikari wanted to use the Third Impact to bring his wife Yui Ikari back to life. But by the end, he realizes that his efforts were in vain as he had ignored her real wishes. Yui Ikari wanted to bring about a brighter future for her son, Shinji, while Gendo used the same son like a puppet to bring her back. So in a way, he violated his wife’s dreams and principles to resurrect her back to life.

His last lines in the film “The End of Evangelion” reveal his regret and the true motivations for his ruthless behavior.

It is still unknown whether Gendo Ikari actually dies or not. He was trying to resurrect his dead wife, Yui, with Unit-01. This unit-01 grasps Gendo in its hands and then decapitates him. However, his death sequence is questionable since all these happenings seem so surreal.  It is quite possible that he was turned to LCL like everyone else, the vision of Eva-01 being just a manifestation of his self-loathing. As he’s dying, Gendo admits he avoided Shinji because he was just as afraid of hurting him as Shinji was of him, and thought it was better to do nothing at all. He asks for his son’s forgiveness after getting decapitated.

Gendo did care for Shinji in his own ways. His faint praise of Shinji attempts to spare him using the Dummy Plug system all show that he did still care for his son. But he was always hesitant and insecure about his feelings. Gendo is quite similar to Shinji in this regard. He is almost like an older and much darker version of Shinji.

Where to watch Neon Genesis Evangelion?

Will Rem Die in Death Note?

Paige Bueckers’s Boyfriend: Who Is The Basketball Player Dating?