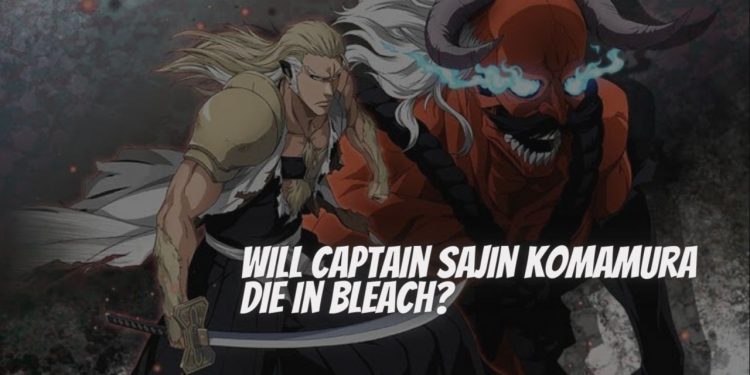 Characters have come and gone in Bleach, but these losses and deaths were some of the most difficult for fans to bear. Bleach, an action fantasy anime, has a massive fan base, and viewers are taken on a journey as hero Ichigo Kurosaki learns the techniques of the Soul Reapers to combat evil spirits, cunning madmen, and more. And some compromises will be made along the way. It has incredible fight scenes of the captain against the Espadas or the Wandenreich. However, some of them perish along the way. In flashbacks, several characters had devastating losses early in the story. Among these characters is Captain Sajin Komamura who fans worry will die in Bleach?

There have been many uncertain deaths in Bleach, starting from Gin Ichimaru in the first arc. Though it has justified the death of the characters through the backstories somehow, they have appeared to have always been very uncertain that is in the worst possible moment expected. Furthermore, You may have heard that the Thousand blood War Arc of Bleach will also be coming in next year in October. Till then, let’s sit tight and recap the moments on the screen with Captain Komamura.

Who is Captain Komamura in Bleach?

Sajin Komamura is a former 7th Division captain. Tetsuzaemon Iba was his lieutenant. Komamura is an anthropomorphic wolf who is often misidentified as a dog. He was first self-conscious about his look, so he donned gloves with bracers and a helmet to disguise his whole body. However, with Kaname Tsen’s betrayal of Soul Society, he has enough confidence to continue without his helmet. He is the Gotei 13’s tallest captain.

His fur is light brown, matching the color of his gloves. Furthermore, He employs his Human Transformation Technique in the Thousand Blood War storyline. Komamura’s appearance changes to that of a Human, although he keeps his huge stature. In this form, he has long hair, but he still has wolf ears and some fur on his forearms.

Komamura is a devoted and thankful subordinate of Captain-Commander Genrysai Shigekuni Yamamoto. He owes tremendous thanks for taking him in, so grateful that he would even die for him. Sajin is a highly forgiving guy. No matter how corrupt or terrible his buddy is, no matter how many innocent people they’ve murdered.

Komamura is likewise a serious guy, severely damaged by his rejection by Soul Society due to his looks. He does not treat his Division harshly or cruelly, preferring to lead them with fairness. When Komamura is enraged, he has a habit of growling. Despite his kind demeanor, he is cold, brutal, and calculated when it comes to combat. When he’s finished battling, he reverts to his peaceful, big nature.

What happened to Komamura in Thousand Blood Arc?

During the thousand Blood War Arc, when Bambietta Basterbine is having a temper tantrum. Due to being left alone by her fellow Sternritter in the Thousand Blood War storyline, The Sternritter, Bambeitta was aiming for Momo isn’t powerful enough to withstand Quincy’s blows. So Komamura stops her and shelters her from Bambietta’s strikes. He then steps in an attempt to block Bambietta’s explosives. However, Komamura discovers that Bambietta generates explosions by shooting her Reishi into things. Later transformed them into bombs.

This is probably in my top 5 most anticipated fights when the bloodwar is animated. Sajin Komamura had one of the coldest transformations. #Bleach pic.twitter.com/9Ed01yFMIs

Bambietta continues to strike Komamura, shattering his armor entirely and exposing him. Komamura summons his Bankai, Kokuj Tengen My’ Dangai Je. But then he gets converted into a human. Bambietta is perplexed by what he means and declares that Bankai has no life. She, who had it until recently, is well aware of his symbiotic relationship with it. She exploits the vulnerability by bursting a hole in Kokuj Tengen My’. Komamura is reflected in the hole. But, to her amazement, he appears unmoved by the injuries.

He assures her that he is eternal as long as he is human. She gets enraged, claiming that wasting your life is worthless if you’re already dead, so negating the purpose of winning. He corrects her and says that he didn’t throw his life away. Komamura put it on the line, just like Yamamoto, and that he had already left his life behind when he entered the battle in the first place. He then uses his Bankai to assault her. Bambietta is struck so hard that her explosives are forced back into her body, badly injuring her. Due to the injuries, she forces her burnt carcass to tumble among the ruins of buildings far away.

#1stAnimeCrush has got to be Sajin Komamura from Bleach. I used to draw him a lot. pic.twitter.com/nAy1AZ8osU

Komamura then sets his eyes on the Wandenreich Palace and makes an effort to approach it. As his Humanization method wears off, his Bankai starts to lose cohesiveness. He attempts to cling on while he reverts from his human shape to that of a wolf, pledging vengeance on Yhwach. As he changes, he learns that it is the cost of vengeance, something his clan was built on. He muses on his decision and what it has cost him. Komamura is subsequently picked up by his lieutenant, Tetsuzaemon Iba.

He assures him that he is correct and that they would battle and defeat Yhwach for Genrysai Shigekuni Yamamoto. Urahara later calls the captains and lieutenants to Soul King Palace, but Komamura and Iba reject due to his health. Although their plea for medical aid was denied, Komamura recovered enough to stand on his own four legs.

Will Sajin Komamura die in Bleach?

No, Sajin Komamura doesn’t die in the first arc against Aizen, but he is heavily injured during the Thousand Year Blood War Arc. Therefore, unlike the majority of the characters on this list, Sajin Komamura did not die in Bleach. However, in order to overcome Sternritter “E” Bambietta Basterbine, this staunch Captain used a concealed power, using the last of his Soul Reaper strength. He was reduced to the status of a powerless wolf and consequently withdrew from the Court Guard Squads. As seen in the last chapter of Bleach, his Lieutenant, Tetsuzaemon Iba, assumed his post.