Here is everything to know about the couple! 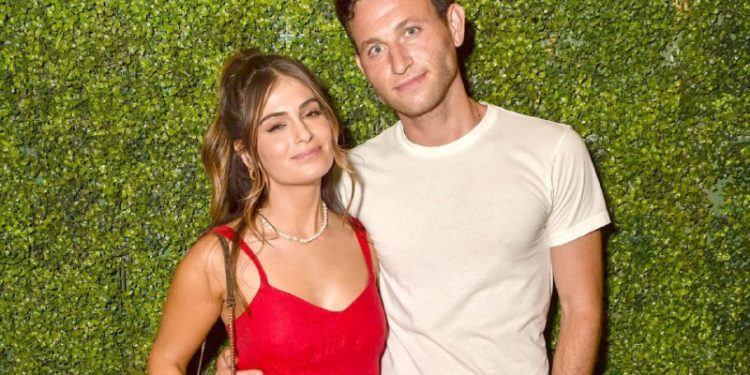 Lately, Batsheva once mentioned that the couple’s 10th wedding anniversary was approaching, and she wasn’t willing to renew her wedding vows as a kind of their 10th-anniversary celebration as she considers it to be a stroke of bad luck. According to her, so many people get divorced after renewing their vows. However, ironically the two have separated! This means that if things are written to happen, nothing can stop it! But what was the reason? Why did Batsheva and Ben break up? Well, if you too are curious to know the answer to this question along with several other facts related to this couple, then follow us as we dive through this article.

But before we get to the main topic of today’s discussion, let us know a little more about them. So, the couple grabbed the limelight by paving the way in an American television miniseries by Netflix, titled My Unorthodox Life. This series had its focus on Julia Haart, the CEO of a modeling agency and fashion company. She is a former “ultra-Orthodox” Jew. The show followed her and her family ( four children, Batsheva, Shlomo, Miriam, and Aron; her second husband, Italian entrepreneur Silvio Scaglia Haart; her best friend and chief operating officer of Elite Model World, Robert Brotherton) as they moved on to their new non-religious lifestyle in Manhattan.

Also Read: Nikoloz Basilashvili Girlfriend: Who Is He Dating After His Split With His Wife?

The relationship between Batsheva Haart and Ben Weinstein

Batsheva Haart and Ben Weinstein were raised in the Orthodox community of Monsey, New York. And there, couples are typically made to marry shortly after they are done with their high schooling. And so had happened with both of them. The couple had tied the knots when they were just 19 years old. However, weeks after Julia Haart had left the community and shed her Orthodox practices (Her forthcoming memoir is titled Brazen: My Unorthodox Journey from Long Sleeves to Lingerie).

With time, Haart and Weinstein, along with two of Haart’s three siblings, joined their mother to embark on a new life in Manhattan. And very soon their become subject to the limelight. Once, the couple had shared about their relationship in one of their’s question-answer YouTube videos. In that video, Weinstein said that he doesn’t regret getting married young, and it is because of her wonderful partner. However, he would not like to recommend anyone to tie the knots at a very young age. To which Haart had agreed by saying that as far as she is concerned, she had never liked to say that she had regretted doing anything in her life. She continued by saying that yes, if circumstances happened again, she would definitely not like to get married so young.

Also Read: Jaden Hossler’s Cheating Stories: A Deep Dive Through All The Controversies!

During their relationship, once, when they were asked to give some relationship advice to young people out there, they said the following lines. They emphasized not to start off the relationship by being reliant on other people. They advised trying to do as many things as you can on your own. Moreover, they suggested spending more and more time with the companion. Like they can cook dinner together or something else! Well, these words might look loving, but if they too had followed all these, then why their life is standing on the irony today! Why did Batsheva and Ben break up? Let us find out!

Why did Batsheva and Ben break up?

Well, before they had officially ended their relationship, some rumors had already started speculating about their separation. Those rumors oozed from behind the internet when people found that Haart and Weinstein had deleted pictures of each other from their social media handles. And the rumors caught the fire when Haart’s recent video appeared to be filmed in her mother’s apartment. Moreover, Weinstein, too, started posting his daily outfits from a comparatively sparse closet.

And finally, on 18th November 2021, they had addressed the issue via their Instagram stories. Where it was written that they both have a lot of love and respect for each other. However, they have realized that it was time to take some space to make their lives more joyous. Moreover, it was written that there were no secrets nor salacious events to blame. They were glad to have grown over the past 9 years. However, now they wanted to start a new journey!