Why Can Hitoshi Shinso Be An OP Character? 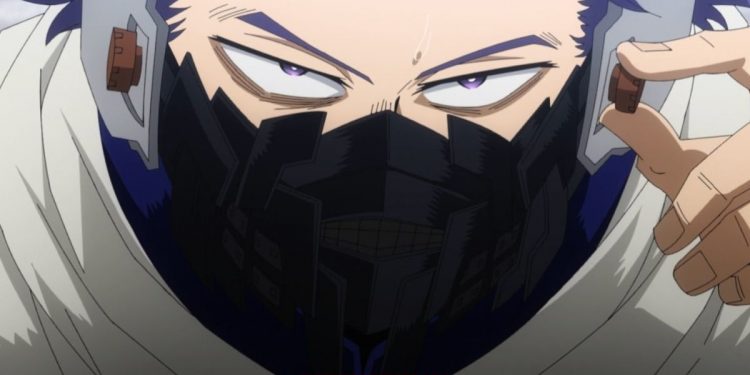 On one hand, Boku No Hero Academia might be fiction, but on the other, it is very much realistic. BNHA is a far cry from simple shonen with overpowered characters. Each character has had to work very hard to reach the peak where they stand. A story of inspiration, BNHA gives depth to each character when it tells of the struggle that they went through. Even All Might, the most iconic character of the series so far, hasn’t had anything served to him on a platter. This struggle of our most favorite characters is what makes the story so beautiful and what makes us love it. One such inspiring character is Shinso Hitoshi. The only student from the General studies to make it to the hero course, Shinso is a force to be reckoned with. One of the fandom’s favorite characters, he has finally gotten the chance to prove himself in Season 5 of the anime.

Shinso is someone who has never had it easy, and what makes him so relatable is the fact that right from his very childhood, people haven’t held back on telling him what he is and what he could be. Many people may tell him many things about him, but who exactly is Shinso? Hitoshi Shinso, from the very bottom of his heart, is a hero. The story of his determination that has led him to his dreams is the source of our inspiration. Although we may see him struggle right now, one can’t deny the fact that he has major potential to be an extremely powerful hero. Here are seven reasons why Shinso Hitoshi is an overpowered character.

Also read: Will Toya Todoroki Die? What Happened to the Eldest Son of Endeavor?

1. Shinso Can Be The Next Generation Eraserhead

What makes Hitoshi Shinso have an edge over others regardless of his brainwashing quirk is the fact that he is being personally taught by a pro-hero himself. This pro-hero is super powerful and is none other than Eraserhead or Aizawa Shota himself. Aizawa, with a combination of his Erasure quirk and binding cloth, is one of the most powerful heroes. Woking as an underground hero, he is a master of skills and tricks. Considering the fact that Shinso now has Aizawa as his personal mentor, we can be definitely sure of his growth as a future hero. One can even say that he is going to be as good as Eraserhead in the future.

Also read: What is Eri’s Quirk? Nature, Significance & Can She Heal Mirio Togata

2. He Uses A Capture Weapon Similar To That Of Eraserhead

If you have seen Eraserhead in action, you know that his binding cloth capture weapon is as good as a quirk itself. Made of a material that is very difficult to break, he uses it to swiftly travel from one place to another and, more importantly, to effectively restrain and capture the villain. It’s as if Eraserhead has two rather than one single quirk for use. Right from the very beginning of Shinso’s hero journey, when he is introduced as a part of the hero course in season 5, we already see the fruits of his training under Aizawa. We see him already trying to master his hands on a capture weapon that is exactly similar to the one being used by Aizawa. Shinso, as of now, shouldn’t at all be underestimated because he has an extremely potent weapon at his disposal. He should be seen as a future hero wielding two deadly quirks.

3. His Mindset Makes Him Powerful

If there’s one thing that we have seen in Boku No Hero Academia, it is the power of an individual’s mindset. Heroes are set apart from each other simply because of the mindset that they have. Keep in mind how it is shown during the U.A Sports Festival Arc that almost all the students of Class 1-A have come so forward because they got inspired by their classmates, Bakugo Katsuki and Izuku Midoriya, who refuse to give up in face of challenges. Take for consideration another instance, that which is the very foundation of the protagonist, Izuku Midoriya. How despite blatant discrimination and severe bullying, refused to give up and ended up being noticed by the No.1 Hero, All Might himself.

BNHA is full of such instances, and Shinso Hitoshi is another character that stays true to this message. Shinso, since his childhood, has had it very tough due to the people labeling him as a villain due to the nature of his quirk. However, rather than giving up, he only proceeded to become more determined to prove them wrong and become the hero that he has always wanted to be. This determination has played the role of a huge catalyst in his efforts to be a hero. Not only that but is a part of his fundamental being which is responsible for his huge potential.

4. He Can Be An Underground Hero

Hitoshi Shinso’s power lies in his elusiveness and mystery. It would make it significantly difficult for Shinso to defeat his opponents if they have prior knowledge of his quirk. Being in the limelight will nullify the edge that he has over others. Considering this and the fact that he has Underground Pro-Hero Eraserhead as his mentor, most likely, the chances are that he is going to become an Underground hero in the future. This will definitely raise his chances of victory by a large margin.

Also read: Katsuki Bakugo Facts That Every Fan Should Know!

5. His Quirk Can Brainwash Anyone

The nature of Shinso’s Brainwashing quirk is such that he can brainwash anyone who responds to his voice. It is only activated when he wants it to and is even capable of brainwashing multiple people at a time. As far as everything is considered, it isn’t too far of a stretch to believe that Shinso can even brainwash the most powerful villains. The question of whether Hitoshi can even control One For All is a topic that has been the center of discussion for a long time. There’s a strong chance that the answer to the question is affirmative as long as the latter doesn’t have a quirk to counter that of Shinso. As for One For All, one may argue that Izuku was able to break out of Shinso’s brainwashing, and hence Shinso won’t be able to brainwash Izuku again, but we aren’t sure if that was only a one-time thing. As of now, it seems more likely to think that Shinso can just about brainwash anyone.

6. He Has A Powerful Vocal Device For Use

Set in a universe 100 years from now, the My Hero Academia world is very advanced when it comes to technology. Heroes not only depend upon the quirks but technologically advanced support items designed especially for them. One such support item being used by Shinso is the Artificial Vocal Chords device. This is a great device to trick his enemies to respond to his voice as it can help Shinso in producing a voice similar to anyone that he wants. This is another trick to watch out for if one wants to come close to defeating Shinso Hitoshi.

Also read: My Hero Academia Should End in One Year, Says Creator

7. Combat Abilities Will Make Him Deadly

Combat Abilities is something that Shinso will learn as any hero student should. As of now, Shinso is definitely working on his agility. These are skill sets that will only make Shinso a more powerful hero. Combat Abilities and good agility will help him have better control over his capture weapon as well. If he became efficient in combat and wielding weapons, Shinso will be a force too powerful to be dealt with. Let us know in the comment section what you think about Shinso Hitoshi and his potential. 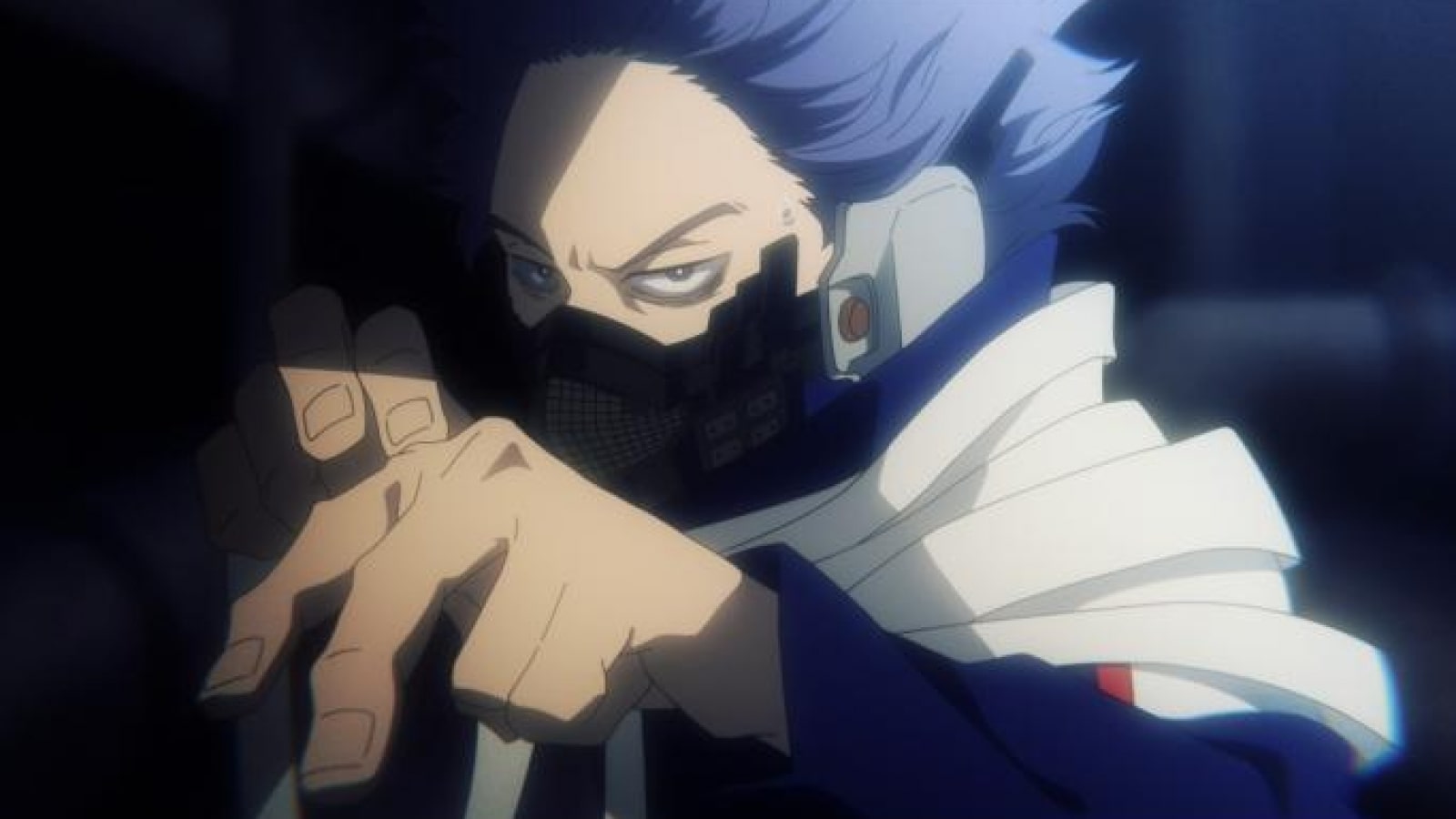 Boku No Hero Academia is a shonen anime with superhero themes available for streaming on Netflix, Amazon Prime Video, and many more websites.

Also read: Will Aoyama Get Expelled From U.A High In My Hero Academia Chapter 339?

The Girl Before Ending Explained: Who Killed Emma?