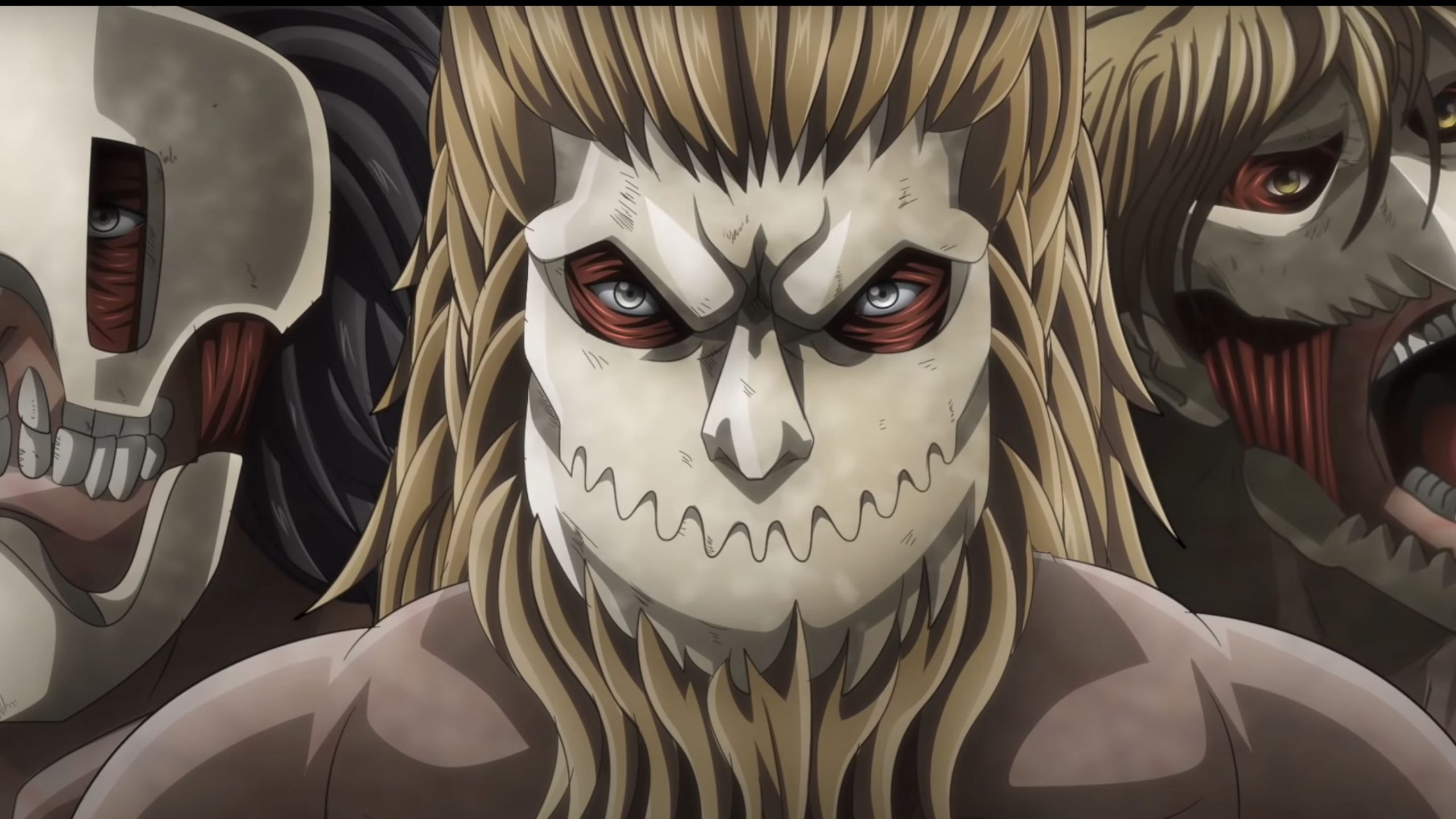 With the release of Attack on Titan: Final Season, the Jaw Titan, popularly known as the nutcracker titan, is finally getting the attention it always deserved. No offense to Ymir, but the level to which Porco has evolved the Jaw Titan makes its previous versions look like some poultry chicken. The new Jaw Titan is bigger, faster, and fiercer than the one we saw in the first two seasons. It seems that, unlike the Colossal Titan, the powers of Jaw Titan depends a lot on its user and their level of expertise. Well, Porco was a well-trained Marleyan soldier, so his Titan form had to be stronger than Ymir, but the power difference is so huge that fans are coming up with crazy theories regarding Jaw Titan’s anomaly in traits after inheritance.

This makes me wonder if this pattern will continue when the Jaw Titan is passed on to someone else in the future. Who will be the next inheritor of the Jaw Titan? What exclusive abilities will it show? We bring you everything that you must know about Jaw Titan.

The Jaw Titan was often considered as the weakest among all 9 legendary Titans, and why won’t he be? It almost died fighting a bunch of pure titans right after Ymir’s revelation of being a Titan shifter herself. It can neither act as a tank like the Armored Titan and nor can it be equipped with arms like the Cart Titan. Moreover, she was dumb enough to accompany Reiner and Bertolt just to get herself eaten by Porco. 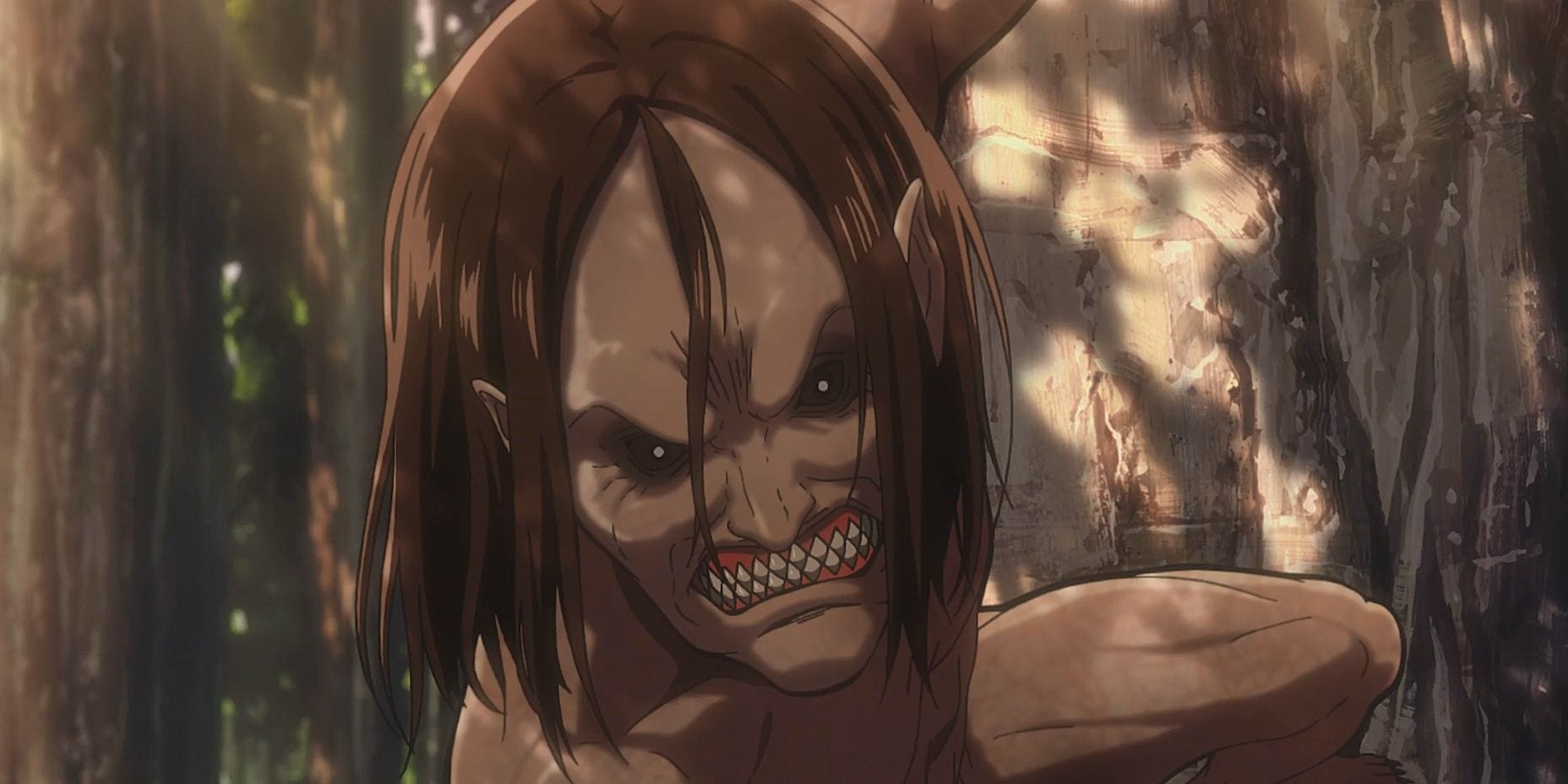 It was Porco Galliard who took this underdog Titan to a whole new level, thereby earning back all its respect. Its jaws and claws can pierce through the toughest titan armors, including the final layer of protection that surrounds the War Hammer Titan. Porco’s titan also had an additional hardened mask and dependable jaw plating that could withstand heavy gunfire and explosions.

Who Will Inherit the Jaw Titan? And why?

Falco will be inheriting the Jaw Titan from Porco because of unavoidable circumstances that Zeke will impose upon him. The first part of Attack on Titan: Final Season ended with Flaco getting hit by Niccolo and extracts of Zeke’s spinal fluid getting into his bloodstream. Thus, it’s just a matter of time before Falco turns into a pure Titan who will follow Zeke’s orders like a mindless robot.

Once transformed into a titan, there will be no other way but to feed him one of the nine existing titan shifters to save his life. In the manga, the Marleyan forces pushed Zeke to the point where he had to turn everyone around him into titans to change the course of the war, and he didn’t hesitate even after knowing Falco’s presence. Meanwhile, Porco was already in half-dead condition after taking a fight with Eren, and he voluntarily allowed himself to be devoured by Falco, thereby transferring his power to the young Warrior candidate. I think it was Marco’s memories that gave him a final push towards such a self-sacrificial move. 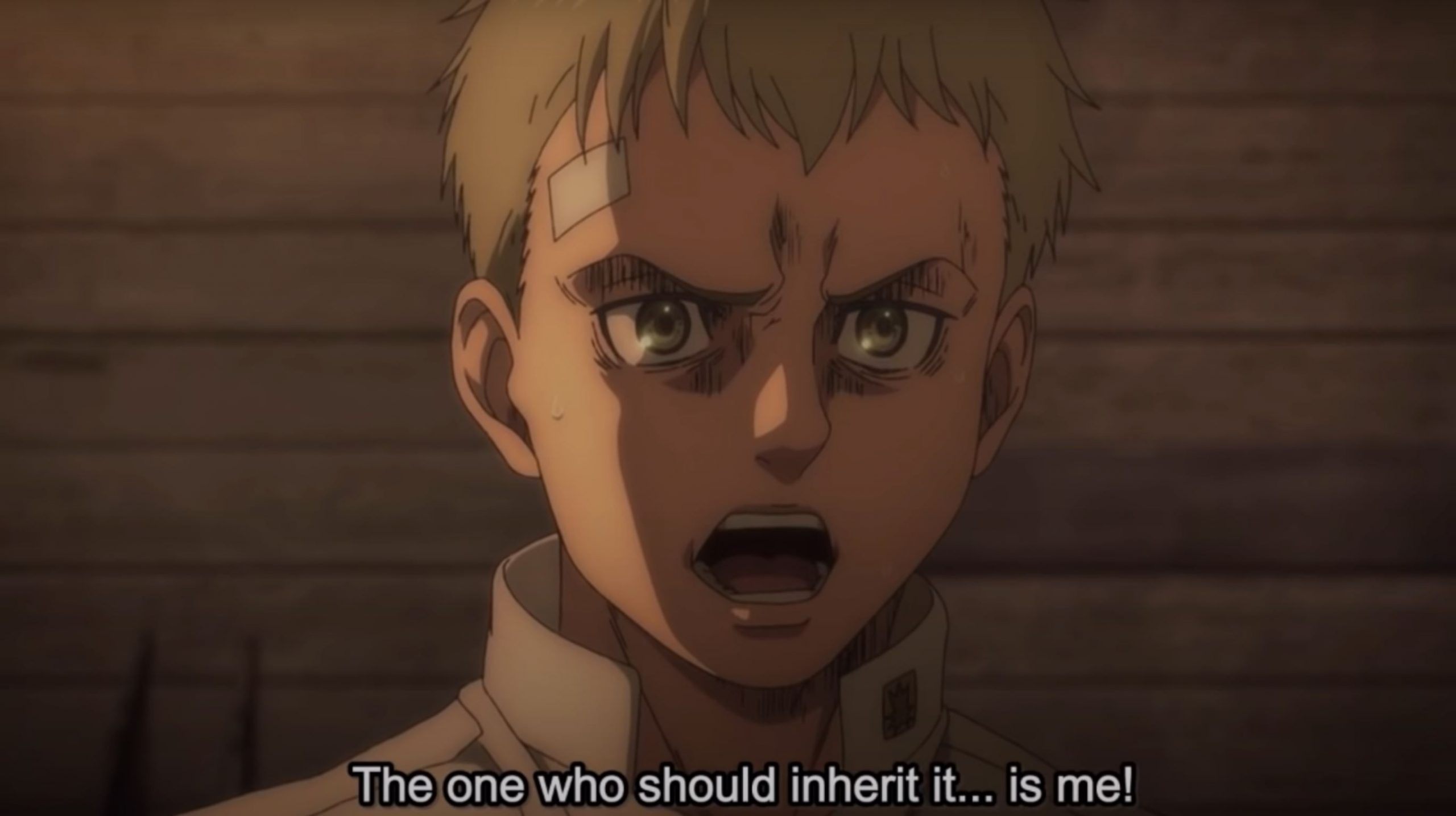 Totally ignoring Pieck’s warnings, Falco decided to transform into Jaw Titan, hoping to make good use of this power against the Yeagerists. However, things didn’t go as planned, with Falco losing control and attacking his allies instead. He could have even killed Pieck if Commander Magath didn’t come to the rescue just in time. The incident explains why only the best warrior candidates are chosen as titan shifters; being physically and mentally strong is the crucial prerequisite of inheriting the titan powers.

Falco’s Jaw Titan is so distinctive that you can hardly recognize it as Jaw Titan. Thanks to a considerable amount of Zeke’s spinal fluid in Falco’s bloodstream, he inherited some of the traits and the memories of the Beast Titan, thereby turning his Jaw Titan into a much more evolved creature. 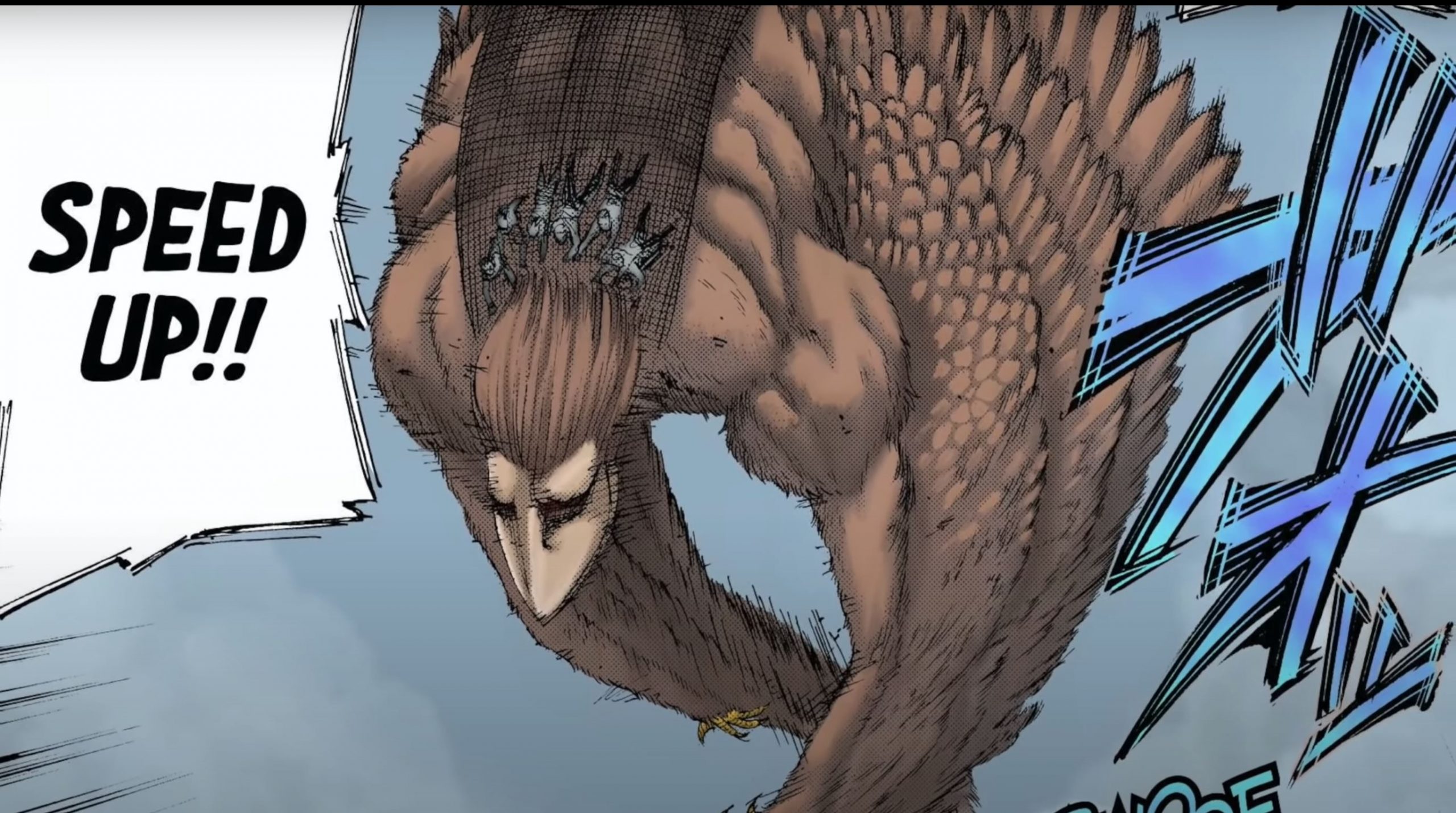 He gradually remembers how a previous inheritor of the Beast Titan could soar high above the sky, and thus, confirming the theory that the power of Beast Titan isn’t limited to a huge ape. I think that the inheritors of Beast Titan can transform into any beast that suits their personality. For example, Zeke grew up playing catch with Ksaver, so he turned into a titan that specializes in throwing rocks at the enemy.

Remember the opening scene of Attack on Titan Season 4, where Falco was gazing at a bird flying high up in the sky, even on the verge of losing consciousness? Little did we know that he would transform into one someday. No matter how insane it may sound, Falco’s Jaw Titan indeed managed to form a pair of wings enabling it to fly.

There are tons of people who consumed Zeke’s spinal fluid, but why is Falco the only one to inherit the traits and memories of the Beast Titan? This could have happened because Zeke’s spinal fluid was directly exposed to Falco’s blood, unlike others who drank it.

But still, the theory doesn’t add up properly since there’s one in a million chance of successfully inheriting the powers and memories of a titan just by intaking traces of spinal fluid. If that really had been the case, Marley could have easily made an army Armored Titan with Reiner’s spinal fluid. So, there’s only one possible theory, inheriting the Jaw Titan (or any other legendary titan) has to be the key to explore the powers and traits of any other titan with traces of its spinal fluid. Sadly, there’s no way of confirming if this theory is accurate, and with Attack on Titan manga officially coming to an end this year, I doubt if we will ever get an opportunity to unravel all the mysteries regarding the titans.

Also Read: Will Levi Die In Attack On Titan? A Complete Analysis

In this article:Attack on Titan, Jaw Titan, Shingeki no Kyojin