This Christmas is lucky for Patrick Martens! Want to know why? The below article awaits you! 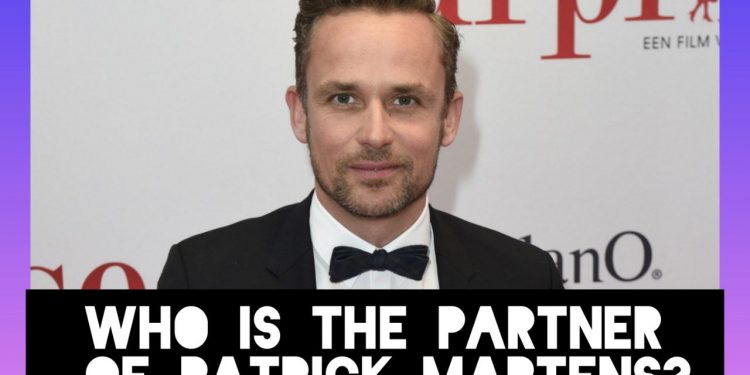 Well, if you want to know that who is Patrick Martens’ partner then this article is all that you need to quench your thirst. Patrick Martens is a popular Dutch actor and presenter whose love life is always captivative enough to hold your attention. But unfortunately, for the last few years, he was single following the public breakup with his partner, with whom he shared three years of relationship. However, this Christmas he is not alone! Yes, Patrick Martens is lucky enough to have a partner with whom he can enjoy the celebration! But who is the partner of Patrick Martens?

Well, if you are curious to know the answer to this question, then we too are excited to reveal the answer. But before we get on to the main topic of today’s discussion, let us know a little more about Patrick Martens. So, here it would be worth mentioning that Patrick Martens is famous enough to have his wax figure in the wax museum Madame Tussauds Amsterdam.

Patrick Martens attracted the limelight when he paved his way as Morris Fischer in the soap Good times, bad times (GTST). Which is a Dutch soap series that is being broadcast by the commercial television channel RTL 4. The plot revolves around the inhabitants of the fictional town of Meerdijk. Later, he grabbed more attention when he played his part in the youth soap ZOOP on Nickelodeon. And now, let us move our focus to the main topic of today’s discussion, who is the partner of Patrick Martens!

Who is the Partner of Patrick Martens?

Patrick Martens is a finalist in the current series of Het Perfecte Plaatje. Last Monday Patrick admitted that he again found his love again and is happy for this new beginning. His words were paired with his heartfelt smile, which is proof of the love he has for his partner. Patrick then continued by saying that this Christmas would be different than the times when he celebrated it all alone. He was joyful that this time he would not be alone at the Christmas table! He sighed in contentment, saying that he is very much in love! Regarding the details of his partner, he told the following. Patrick said that we have never known his partner and moreover, he is not from the world we might guess! He finds him as the nicest Brabanter.

And when on Christmas eve Patrick Martens shared a photo in which he tagged a guy named Nick, rumors began speculating that whether Nick is only the guy whom he is dating! In the photo, the two were seen enjoying the champagne and the warmth of a cat! With two decorated Christmas trees defining the frame. And if we match Patrick Martens’ statement, which he had given before Christmas, with the picture he posted lately, paired with the rumors, then Nick is the partner of Patrick Martens. And now, if you want to know about the past relationships managed by Patrick Martens, the following section would help you in doing so!

Previously Patrick Martens had a famous public relationship with Freek Bartels, who is a Dutch singer, musical actor, and presenter. The two have warmed each other’s hearts from 2011 to 2013! Following which the things started falling apart, and as a result of that, they both have quitted on this relationship. However, the two have never opened their mouth when it comes to telling the truth, which led to the division of this couple. But it is said that the two had decided of doing so on the good terms and they both are still good friends.

But if we deeply observe their interviews which they had given after moving out of this relationship, then we can get some hints that why they both had taken this major decision. And one of the main factors which come to light is their differing views on having children! Patrick admitted that as a gay man, it is complicated to have children, and so he had given up on this desire. However, Freek said that he could never think this way, and he always wanted to have children. So when he would find a like-minded partner, he would be open to that!

Also Read: Miranda Cosgrove Boyfriend: The Timeline Of Her Relationship!