It’s true! Our “Hot Girl”, Megan Thee Stallion, is dating the rapper and producer Pardison “Pardi” Fontaine. She confirmed her relationship with him during an Instagram Live on February 19, 2021. She said, “Yeah, he my boyfriend” referring to Fontaine while defending him against the negative online critics. From professional to personal life, Megan Thee Stallion is shining in every aspect of her life. Along with her many hits, the Grammy-winning rapper collaborated with Beyoncé in “Thot Shit.”

Along with that, she won numerous awards, including the Glamour 2021 Woman Of The Year award. This isn’t all, she also got into a happy and healthy relationship with her boyfriend, Pardison. The couple regularly showcases their love for each other in wholesome social media posts that leave them in a frenzy. She and her boo are still going strong and are in a healthy relationship.

During an Instagram Live in February 2021, Megan Thee Stallion confirmed she is dating Pardison Fontaine. She raised her concern about the comments that were made about him by online critics and said, “I didn’t like what they were trying to say about Pardi.” She continues gushing about him, “Cause he is so calm and so sweet and very protective… That’s my boo, and I really like him.” Afterward to officially confirmed her dating life by adding, “I never said hot girls couldn’t have boyfriends… Yeah, he my boyfriend.”

Click here to Watch Megan Thee Stallion confirming who she is dating.

Everything You Should Know About Pardison

Pardison Fontaine is a 31-year-old rapper and producer born in Newburgh, New York. The rapper’s real name is Jordyn Kyle Lanier Thorpe, which was given to him at birth. The rapper also has a daughter, Jordy Jr, who was born in November 2016. Talking about his professional life, Pardison has achieved a lot and is not short on talent. He has been been a ghostwriter and co-writer for many hits like Cardi B’s “Be Careful.” He was also behind Ed Sheeran’s “South Of The Border” (2019) as well as Kanye West’s “Violent Crimes” (2018).

Before dating Megan Thee Stallion, Parsion and Megan had a working partnership history. In April 2020, Megan released a remix of her hit single “Savage” featuring Beyoncé. Pardi was given songwriter credit on the song under his real Jorden Thorpe. 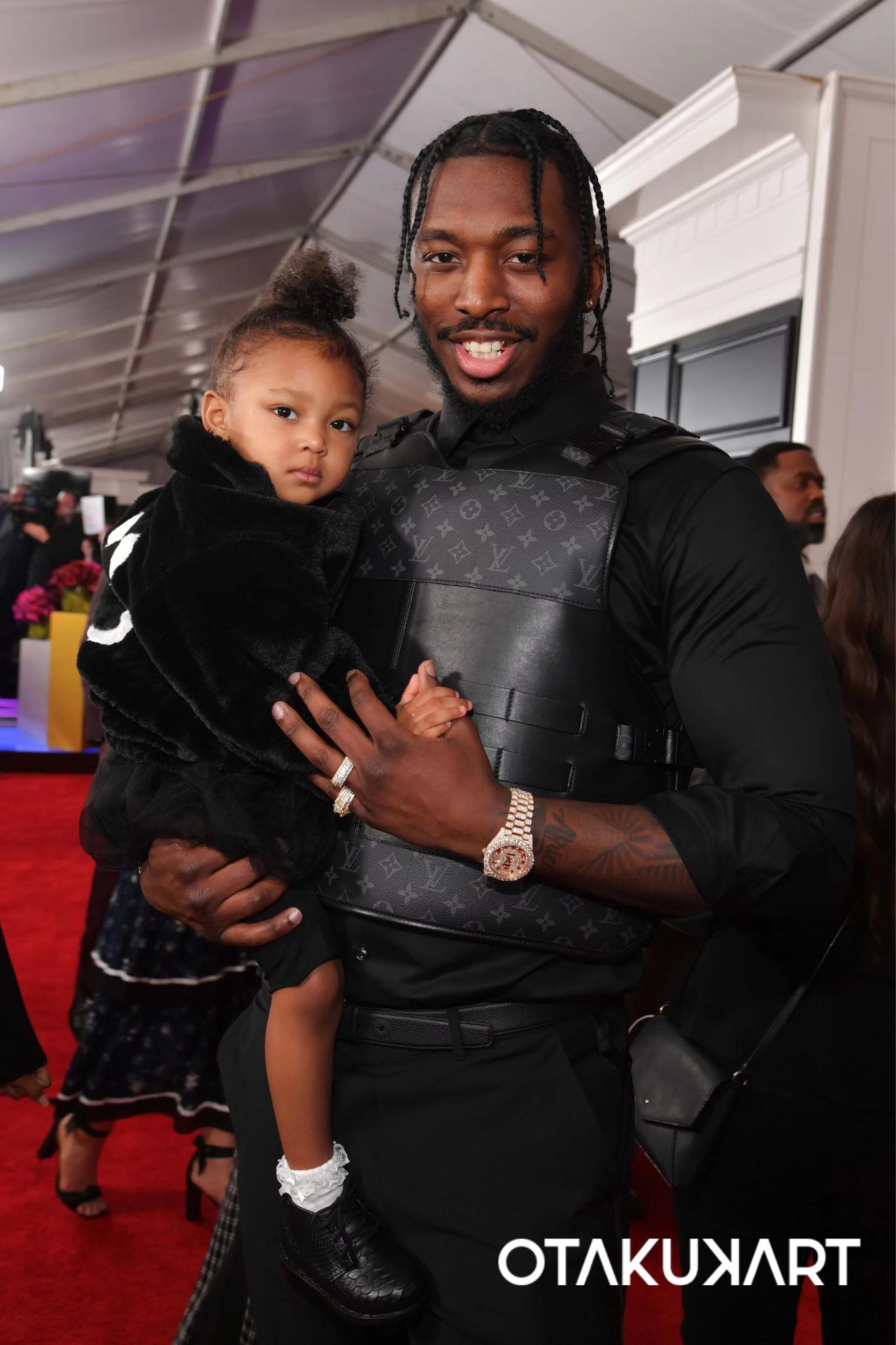 Megan Thee Stallion And Pardison Being A Cute Couple

When it comes to being an aww-worthy couple, this pair never disappoints. From defending one another from negative comments to supporting each other’s work. Moreover, the pair went from showing extravagant displays of affection to be cozy in their PJs. Megan and Pardison have done it all. Pardison, on 2021 Valentine’s Day, surprised Megan with an incredibly romantic date. It included a private jet and a customized dinner menu with the title, “Pardi with a Hottie.” Pardi, later on, also shared pictures of their cute domestic moment of Megan chilling with him at home.

This is not it, recently, when Megan was nominated for the Grammy, Pardi took it to Instagram, supporting his rapper girlfriend for her four nominations before the ceremony started. He wrote, “This girl can’t be stopped.” Megan won the best new artist, best rap performance, and best rap song for her “Savage” remix that night. Megan also confirmed on Twitter that her super-hit single “Thot Shit” which was released on June 11, featured Pardi’s voice in a voice mail. 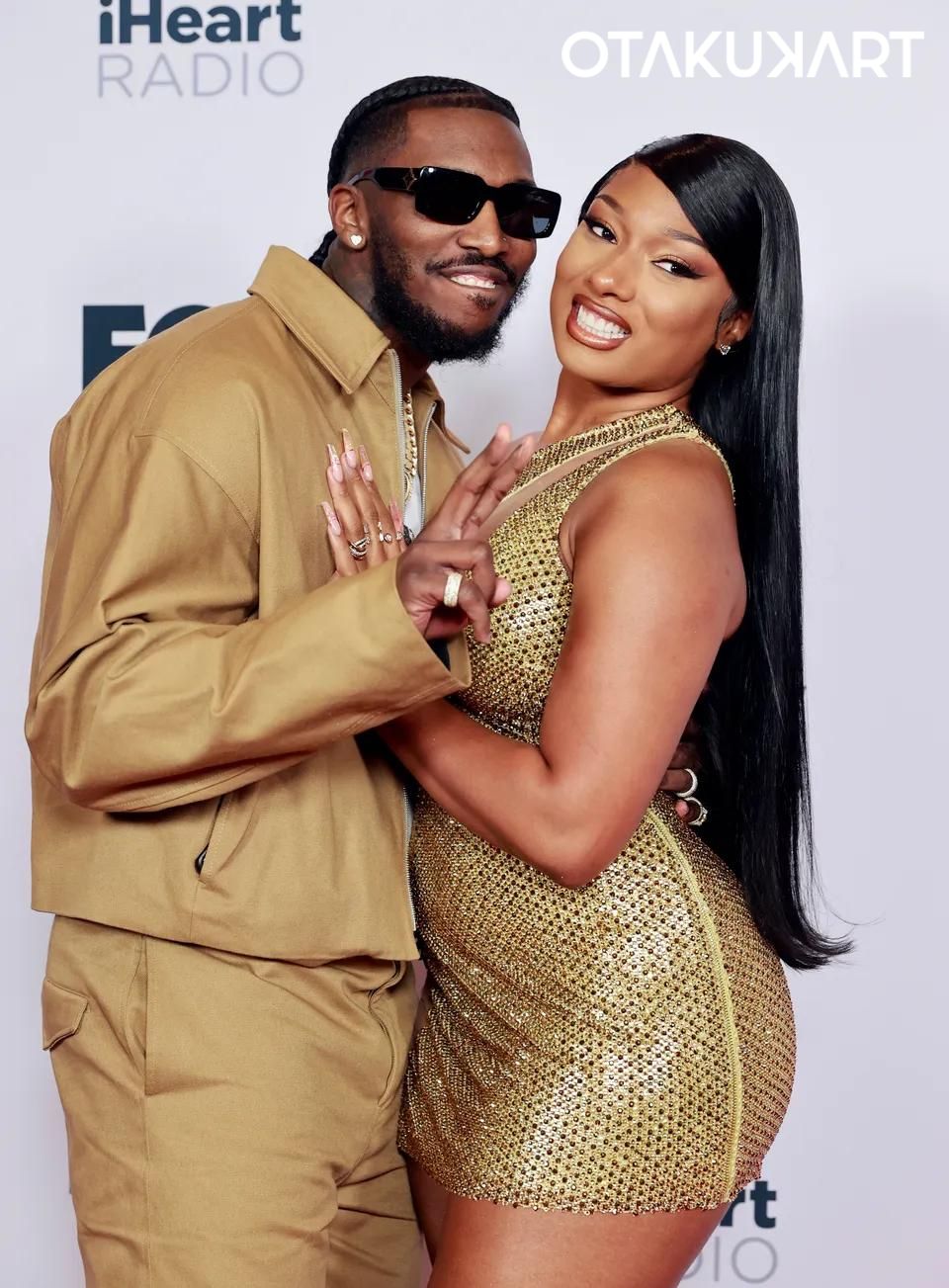 Megan Thee Stallion and Pardison Fontaine made their red-carpet debut at the iHeartRadio Music Awards in May 2021.

Megan couldn’t resist talking about how well Pardison treats her, along with telling us about her self-love. During an interview on the Houston radio show 97.9 The Box, she said, “First of all, he does make me happy, but my happiness comes from myself because I’m a happy lady. She added, “I love where I’m at working and writing and with my music, so that always puts me in a good mood whenever I figure out what I want to say in a beat.

And yeah, Pardi does make me happy too.” Taraji P. Henson’s Facebook Watch series named Peace of Mind With Taraji later in the year, Megan says, “He takes care of me emotionally. He makes my brain feel good. He makes my heart feel good.”

It seems like Megan Thee Stallion, and Pardison Fontaine are still going strong. Fontaine recently posted an Instagram reel all about Stallion’s achievements that covers her graduation from Texas Southern University, her Glamour Women Of The Year award, and her Grammys.