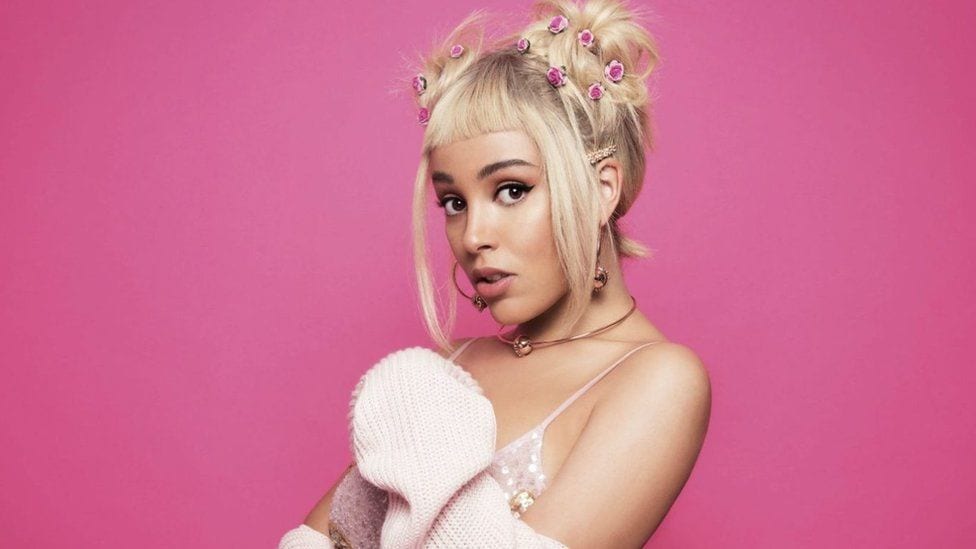 After getting viral on SoundCloud, the “Say So” singer has not stopped. Doja Cat, who became a mainstream personality in 2018, is now one of the biggest pop stars in the western music industry. After giving some super hit songs like Candy, Streets, Say So, and Like That, she has definitely earned a lot of fans, Kittens. These fans like to keep an update on their favorite singer. Most of the celebs are always in the spotlight regarding their success, personal life, and steamy affairs. Although we very much know how successful Doja Cat has become, the fans now wonder about her personal life and her relationships. They are always curious to know who Doja Cat is dating?

Amala Ratna Zandile Dlamini, or Doja Cat, is an American singer, rapper, and songwriter. She was born in Los Angeles, and just like every other teenager, she started out on Soundcloud. And due to her amazing voice and writing skills, she was immediately recognized. 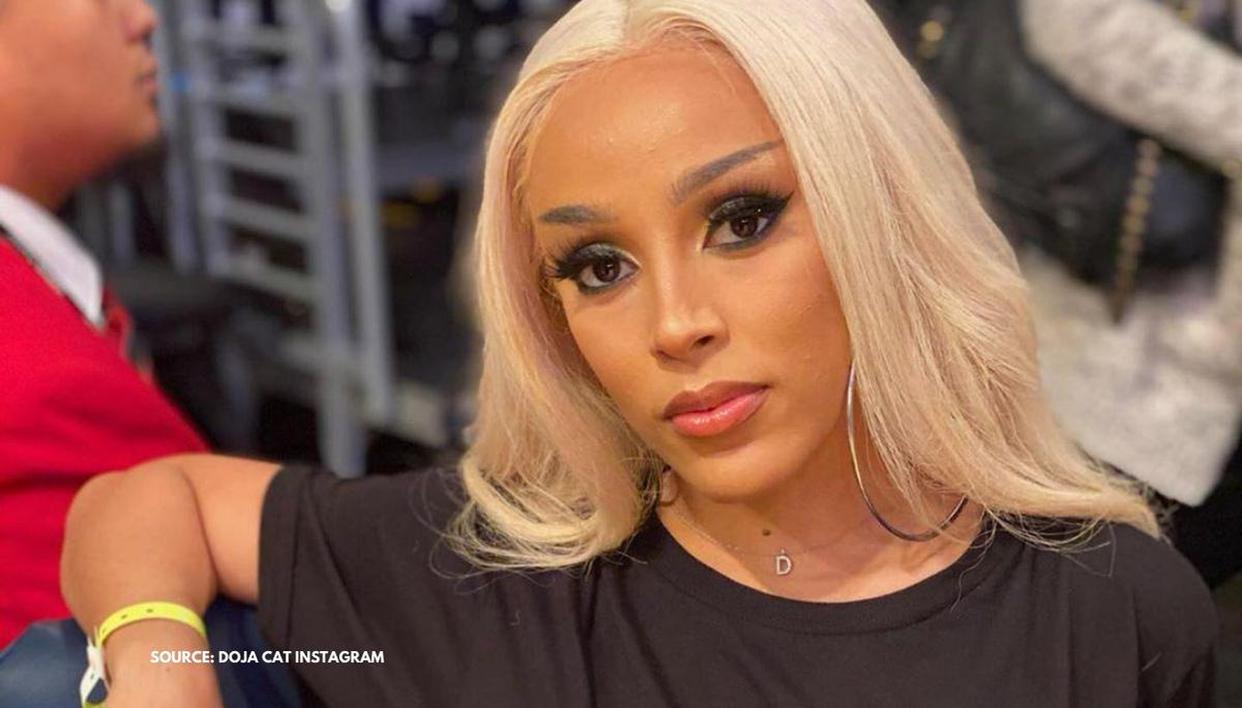 Her song “So High” got her contracts from several records. Moreover, she signed a joint record deal at the age of 17.  She released her debut album Purrr! in 2014. However, she unexpectedly took a break from music for four years. She returned back in 2018 and released Amala.

Since then, she has been in business and has collaborated with singers like Tyga, Ariana Grande, Bebe Rexha, and Nicki Minaj. So it’s no doubt that she is currently in demand regarding music. But what is her relationship status?

We did a little research for all the fans who are curious to know about her love life. So scroll down and find all the details about the singer.

As much as Doja likes to present herself on stage and on social media with videos and rocking performances, the singer is quite quiet when it comes to her relationships. According to reports and sources, the singer is not dating anyone at the moment. She was previously in a relationship with JAWNY. But at the moment, she sees no one. Previously when asked about her love life, she made it clear that she is not in a rush to get into a relationship.

Doja Cat also said that her ideal partner must have a really big nose. Later she was spotted hanging out with French Montana. And then she tweeted and wrote that she and French got a song coming out, and people should f**ing relax. With her statement, she made it pretty clear that she is not involved with anyone at the moment. And people should stop making controversies about her love life.

Another one of her comments during an interview proves that she is not much about the social media culture. She simply said that she doesn’t check Twitter as much. Also, she is not very fond of social media.

Doja Cat’s most recent and last flame was the indie artist Johnny Utah, a.k.a. JAWNY, also known as Jacob Sullenger. The above reports state that JAWNY’s was Doja’s only boyfriend as per the directories. Sadly, Doja and JAWNY broke up in February 2020.  Doja and Johnny met in 2019 during an Instagram live session.

Later Doja commented that she listened to his song “Honeypie,” and she didn’t like it. In reality, she hated it. But she liked the way JAWNY moved. The two started flirting with each other on social media. Doja even commented on his Instagram and commented, I love you, baby. As per the reports,  JAWNY  flirted with her on Instagram, and that’s how things started. Johnny frequently flirted with Doja, and apparently, it worked. 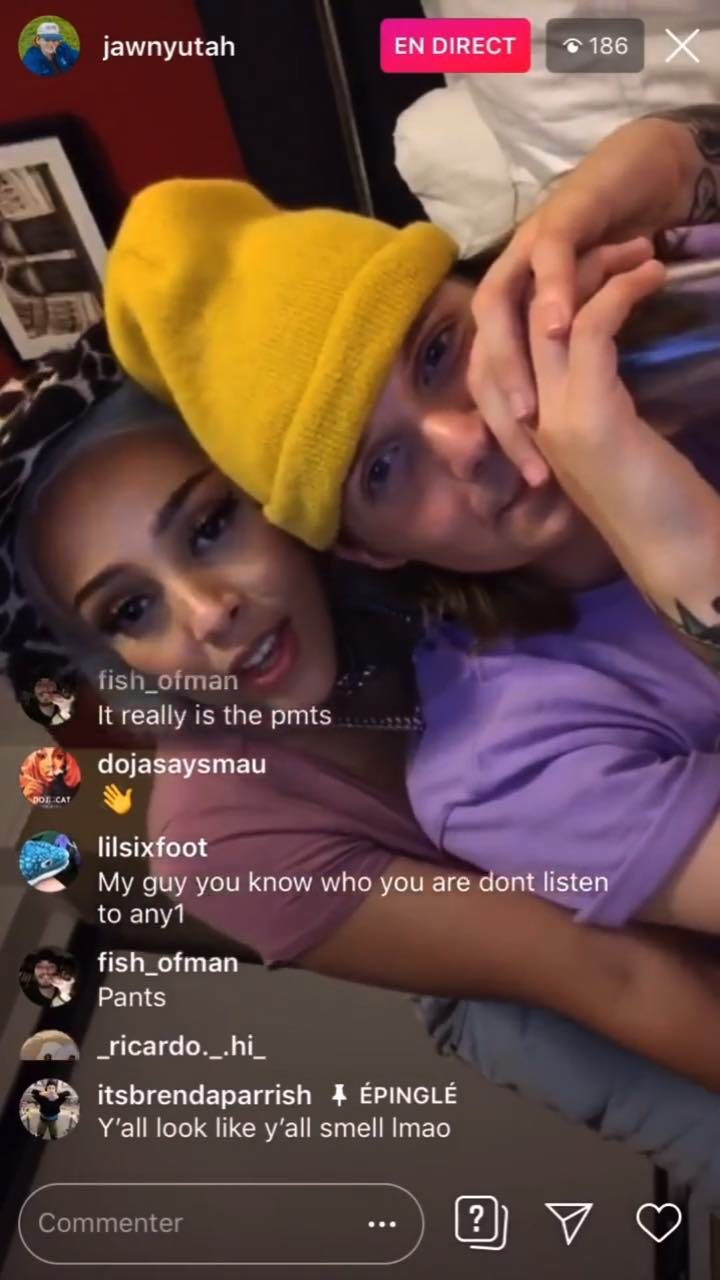 Doja Cat and her ex-beau, JAWNY, during an IG Live.

At the moment, she is not dating anyone. But, we would like her to find a stable partner and a relationship. Until then, we believe that Doja is completely focusing on her music and career. So let’s groove to her rhythm and music.

And we will make sure to update you if Doja drops the boyfriend bomb. So stay tuned, and keep reading.