Arthur Harrow is the main antagonist in the upcoming Moon Knight — the Marvel TV show set to debut on Disney+ very soon. Serving as the sixth TV series of the MCU, it will follow the titular superhero with powers derived from an Egyptian god. The official synopsis for the Six-Episode Season 1 reads, “Marc Spector, a mercenary who suffers from dissociative identity disorder, is drawn into a deadly mystery involving Egyptian gods with his multiple identities, such as Steven Grant.” Oscar Isaac plays the titular role of a mercenary with Dissociative Identity Disorder. The plot kicks into action when Marc becomes the conduit for the Egyptian moon god Khonshu.

Starring opposite Isaac is Ethan Hawke, playing the antagonist Arthur Harrow. The actor has stated in many promotional interviews how he approached the character who barely has any source material from the comics to work with. In the comics, Dr. Harrow appeared in only one issue, never to appear again in a comic or any other medium ever since. Well, until now. So who is Dr. Arthur Harrow of Moon Knight? Let’s delve into the origins and personality of the antagonist and explore how Ethan Hawke’s portrayal will deviate from the source material. 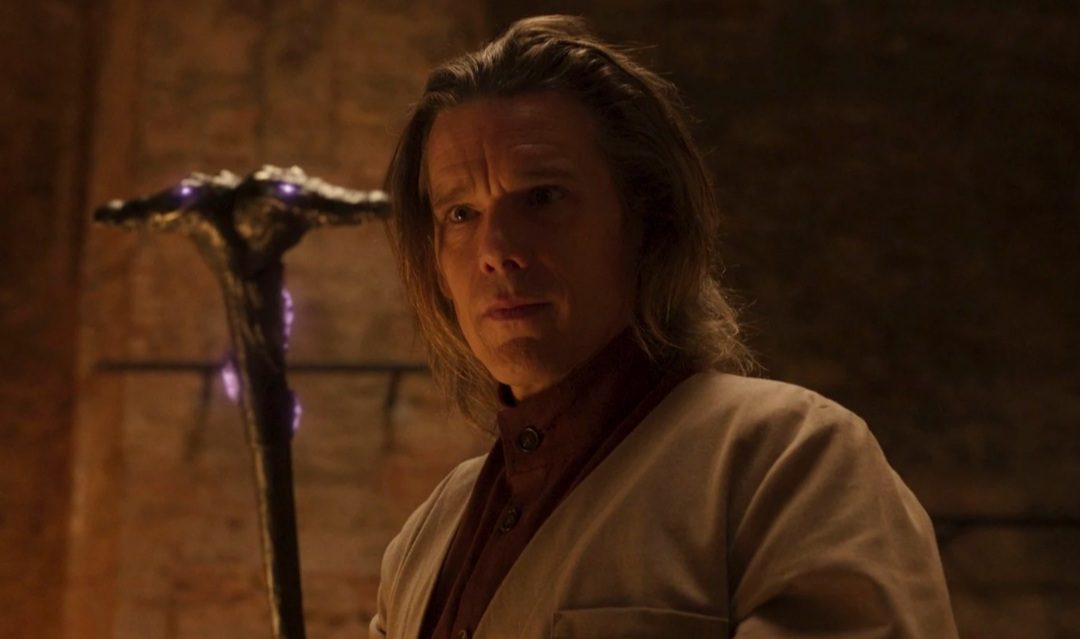 In the comics, Arthur Harrow suffers from a long-term pain disorder called Trigeminal Neuralgia. It’s a disorder that renders half his face paralyzed. However, in real life, the disorder doesn’t lead to paralysis but severe and sudden pain on one side of the face. In the comics, Harrow is in pursuit of finding a cure for his disorder. His immoral and unethical experiments are all in pursuit of riddance from his condition. His experiments have yielded great results, too. In fact, he’s a great scientific mind. Harrow’s research in the field of pain tolerance even bags him a Nobel Prize nomination. However, he does some shady experiments to catch the attention of Dr. Victoria Grail.

She picks up on the incredibly suspicious and inexplicable way Harrow’s research has become what it has. Putting two and two together, Victoria realizes that Harrow has used human test subjects for his experiments. She also realizes that Harrow took the inspiration for the experiments from the Nazis. She sets out to confront and stop Arthur Harrow in his tracks and heads off to investigate further. Meanwhile, the powerful organization in the shadows, O.M.N.I.U.M. catches up with Victoria and orders the kill. However, Moon Knight comes to the rescue after he receives a vision involving all these components. The two eventually pair up after some time of reluctance from Grail’s side. Ultimately, they succeed but not quite, since Harrow manages to escape, never to return in any of the Moon Knight comic issues since.

Ethan Hawke’s Portrayal & How It Differs From The Comics

Arthur Harrow’s upcoming portrayal by Ethan Hawke in the Moon Knight series seems to be a bit different from the comic book version. In all of the promotional material we’ve seen so far, we haven’t seen Harrow’s crippling condition. We haven’t seen any facial aberration in Harrow so far. However, he does walk around with a stick. It could be that the makers have slightly altered Harrow’s condition. In the upcoming Disney+ series, Dr. Harrow will be a zealot, a leader of the cult worshipping the Egyptian God Ammit. 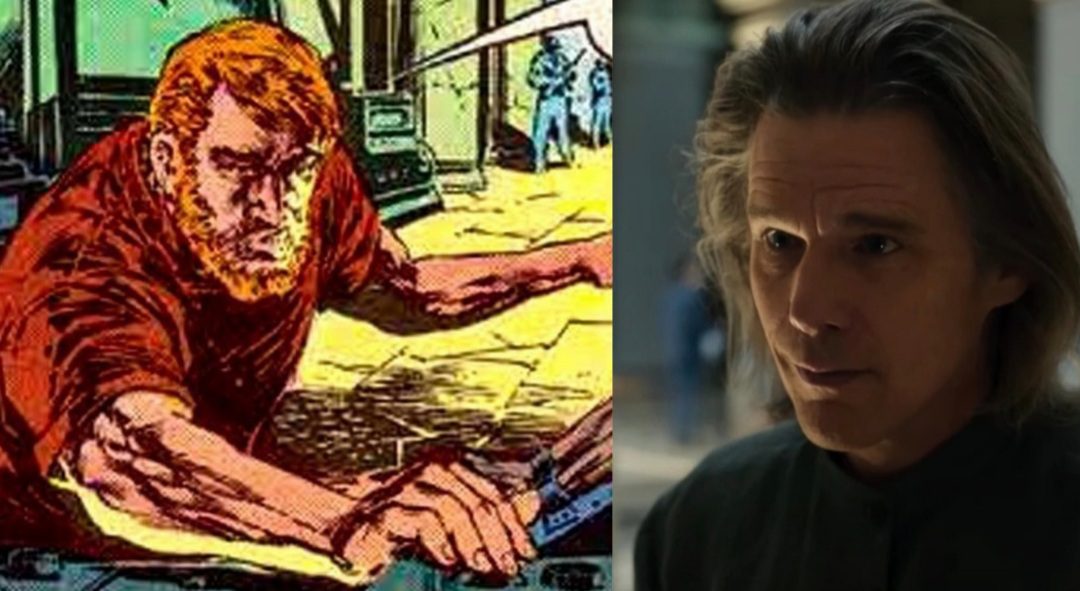 How Did Ethan Hawke Develop The Character?

In a promotional interview for the series, Ethan Hawke talked about his approach to playing the antagonist. “I knew I had to work in tandem with Oscar”, said Hawke about how he built the character of Arthur Harrow. He went on to say that he needed to be at the opposite end of the personality spectrum. On the other end was Oscar Isaac’s Steven Grant, who’s moon-like, in that he’s ever-changing and multidimensional, and as Hawke puts it, inconstant. To become the perfect foil for the protagonist, Hawke said he needed to be the counter to Grant’s persona. For Grant’s unbalanced and broken character, he needed to be gentle and balanced.

And so Hawke decided to emulate the traits. Hawke said that playing a character who’s sane and malevolent was a challenge. To get into the role, he took inspiration from other similar characters in pop culture, like Nurse Ratched from One Flew Over the Cuckoo’s Nest. It’s important to note that Hawke had to kind of develop the character from scratch. The comic book version of the character is not so similar to how Hawke is set to portray Moon Knight. Hawk’s Dr. Harrow is a cult leader. While on an interview, Hawke said that he’d based the character on the real-life cult leader David Koresh. In addition, he has mixed personalities from a host of real-life figures like Dalai Lama, Carl Jung, Leo Tolstoy, Fidel Castro, and more.