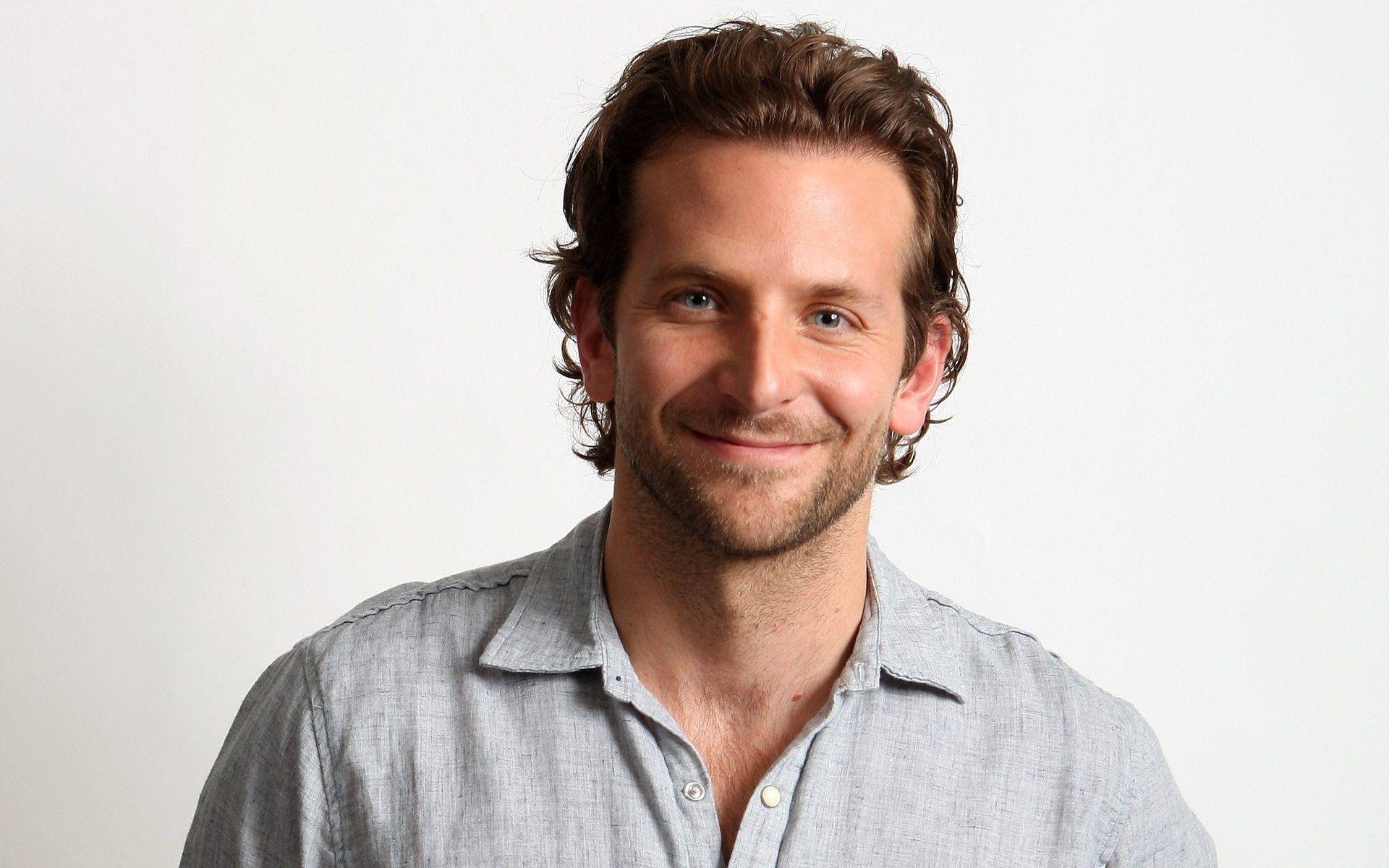 One of the best actors of all time in Hollywood includes the name of Bradley Cooper. The American actor and filmmaker have been in the industry for around 22 years. With his strong character and powerful roles, Bradley has made a special spot in the industry and is among the most celebrated actors of the 2000s. He has received various accolades along with a dozen of nominations to appreciate his hard work. He has eight Academy Awards nominations under his name. Likewise, he has received two Grammys and one BAFTA Award. Cooper has featured thrice on the list of Forbes Celebrity 100.

Not only this, Cooper had been on the list of 100 most influential people in the world by Time magazine in 2015. His projects have been among the highest-grossing films and have made record collections on the box office. As a result, Bradley Cooper has been the highest-paid actor in the world four times. It is indeed a great achievement for any actor to get international recognition through his work and respect from his fans worldwide. No doubt, Bradley is an influencer, and his lifestyle is highly followed. 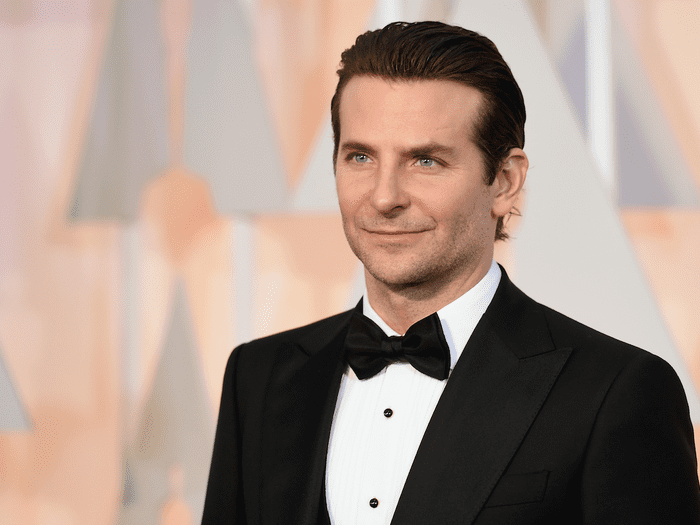 Being an international influencer, Bradley’s lifestyle, personal life, and career have got the perfect limelight. Thus, people are always curious about the actor’s upcoming projects, along with peeping into his love life. Therefore, in this article, we will look into the question of, “Who is Bradley Cooper dating?”

Who is Bradley Cooper Dating?

As of now, Bradley Cooper is Dating No One. Yes, you heard it right. Mr. Cooper is a single dad living with his 3yr old Daughter. Bradley Cooper is one of the famous Academy Award winners in the American film industry. He has been a topic of discussion, frequently either for his works or for his relationships or rumors, whatever we call it. Not everyone knows about Bradley’s relationships. But the Silver Linings Playbook star has been in various relationships over the years, with famous personalities. Bradley was first seen in 2006 with Jennifer Esposito, who was best known for her role in Crash and Taxi. They both were in a relationship for a few months before getting married in December 2006. But they split after 4 months of marriage. 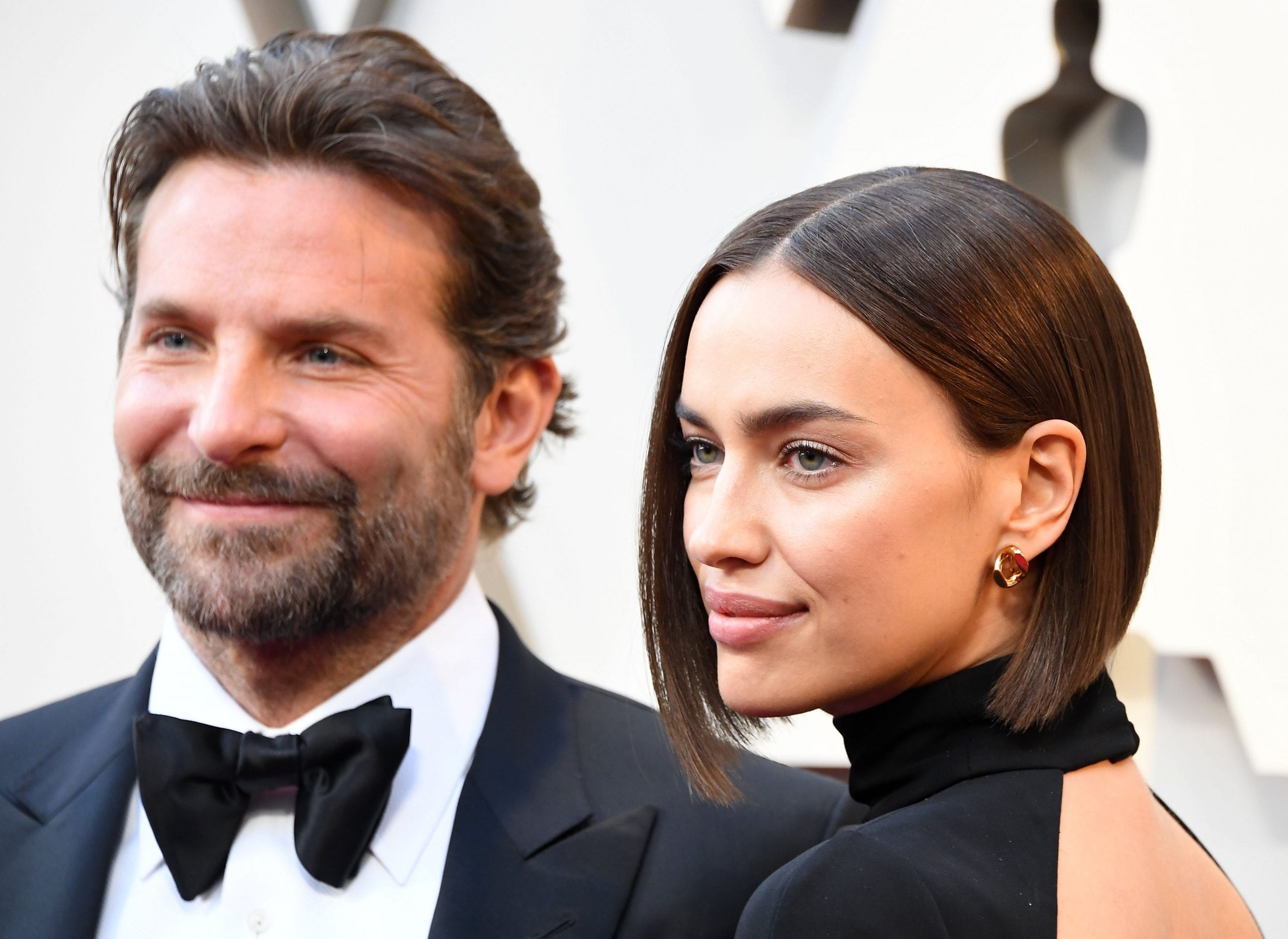 Bradley Cooper was in a relationship with Irina Shayk till 2019

Currently, Bradley is single and living with his mother and 3-year-old daughter at his farmhouse. He was in a relationship with Irina Shayk till 2019 and as a three-year-old daughter Lea de Seine Cooper, with her. Post-break-up, the duo is still on good terms for the sake of their daughter and is maintaining an amicable relationship. They dated each other for around 4 years, starting in 2015. But, in June 2019, Bradley and Shayk decided to call it an end. 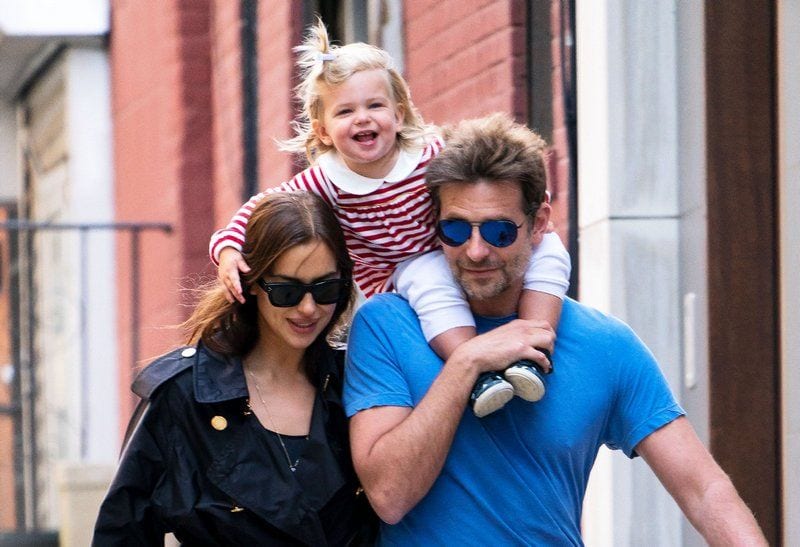 Bradley and ex-partner Irina with daughter

From 2009 to 2011, he was seen with Renée Zellweger, keeping their relationship private. Later, Bradley and Jennifer Lopez were found going on a few dates in New York after the actress split with her ex-husband Marc Anthony in 2011. But there was no confirmation about the duo dating each other. On the sets of The Words, Bradley met Zoe Saldana, and the duo dated from 2011 to 2013. For the next two years, Bradley was linked with another actress Suki Waterhouse. They kept their relationship private for a while.

Bradley was born with the full name Bradley Charles Cooper on January 5, 1975. Hailing from Abington Township, Montgomery County, Pennsylvania, Cooper grew up in the nearby communities of Jenkintown and Rydal. He was first seen in a guest role in the television series Sex and the City in 1999. After this, he mastered Fine Arts from Actors Studio in 2000. Although his film debut with Wet Hot American Summer in 2001 was not a box office success, he entered the industry. His first shot of fame is linked with his role of Will Tippin in the spy-action television show Alias. The turning point in his career came in the year 2009, with Hangover becoming a box office success as well as appreciating Cooper’s character in the movie. 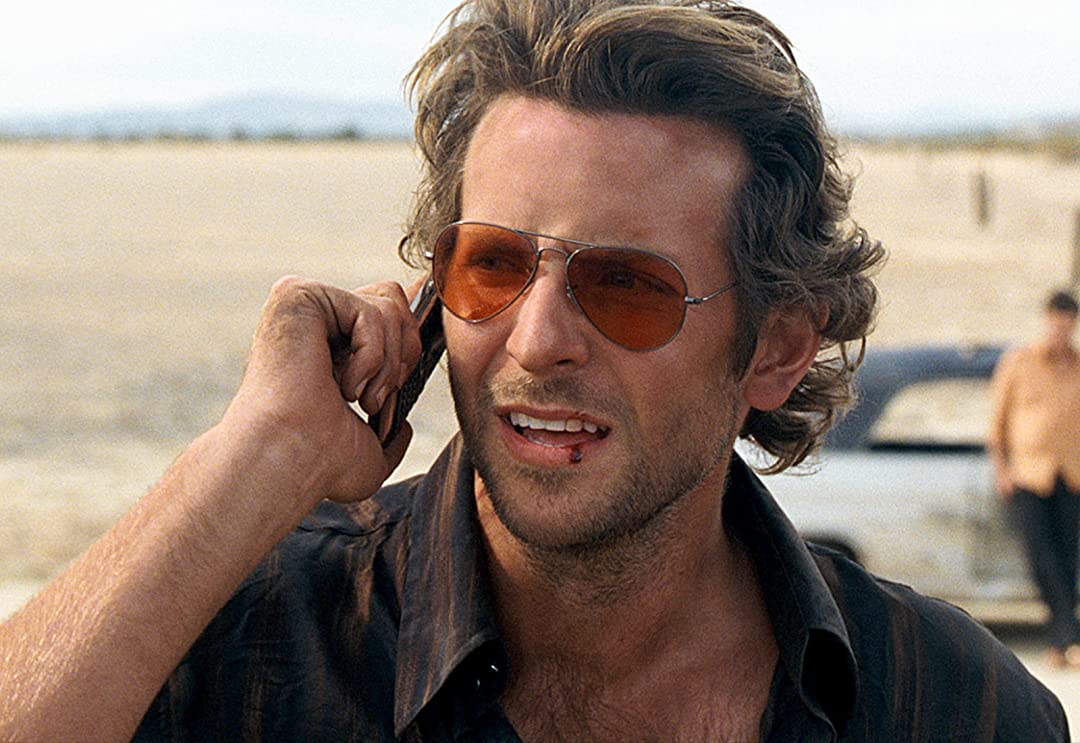 a still from Hangover

Cooper is the voice behind the Rocket Raccoon in the Marvel Cinematic Universe. In 2018, Bradley produced, wrote, and starred in a musical remake of A Star Is Born alongside Lady Gaga. This was a phase where he was rumored to have a fling with her, which later turned out to be a fling for the viewers. Bradley also directed the remake. It became highly successful giving Cooper various nominations, and the track became U.S. Billboard 200 number one soundtrack. 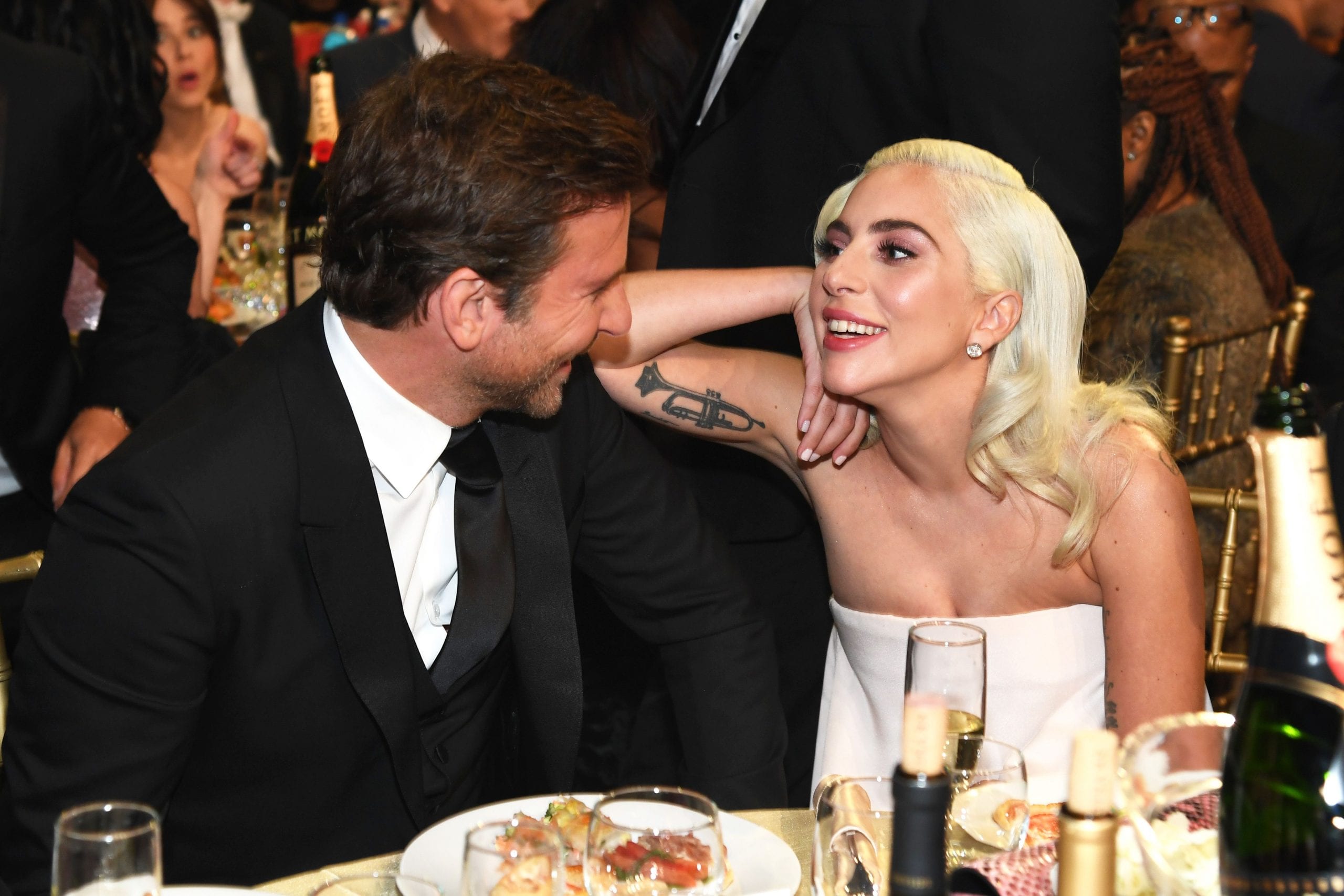 Bradley Cooper and Lady Gaga for A Star Is Born

The 46-year-old actor has been named under the highly accomplished actors of Hollywood. He was also given the title of Sexiest Man Alive in 2011, by People magazine, along with being called the International Man of the Year by GQ in the same year.