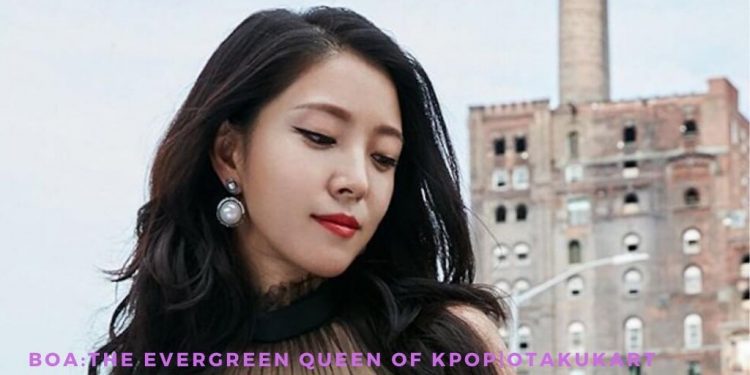 BoA is one of Kpop’s phenomenal artists. She debuted at the mere age of thirteen in 2000. There is not a single artist that has been able to do what BoA has done for Kpop. When the Kwave was not as popular, BoA went on to become a top seller in Japan, China, Taiwan, Singapore, and even in America, all by herself. For those of you who are not aware, BoA is a solo kpop artist under SM Entertainment. Not to mention, she is the only Kpop artist who has remained evergreen over her career of about twenty years. Imagine your company’s CEO thanking you for bringing them out of bankruptcy, well BoA does not have to because it is her reality.

If it weren’t for BoA then Kpop sensations such as EXO, Girls Generation, SHINEE, and AESPA would not have been able to make a debut. Imagine having a career successful enough that it shines even in rival countries. BoA was the first Kpop artist to make it big in Japan after the entertainment barrier was lifted between the two countries. The number of achievements and praises that fall under BoA’s name is countless. In this article, we will be telling you all that you need to know about BoA’s early life and career.

The popular Kpop soloist, BoA was scouted when she went to support her brother to an SM’s talent hunt. Just like a lot of successful idols, BoA was also chosen when she was just minding her own business. You can read more about the most unusual ways that Kpop idols were scouted over here. Furthermore, they were so impressed by BoA’s that the talent scouts offered her a contract on the same night. Additionally, BoA’s real name is Kwon Bo Ah, and she was born on the 5th of November,1986. BoA is not just a singer, she writes, produces, dances, and also acts. There is nothing this girl cannot do. Moreover, BoA is widely accepted as ‘Queen Of Kpop’ for all the success and money that she brought into the industry. She released her debut album at age thirteen, named ID: Peach B.

Although she was just a newcomer, BoA’s first album was able to sell 156,000 copies and even made it to South Korea’s Top 10 Chart. After her successful debut in South Korea, BoA went on to expand her career in Japan. Her debut album in Japan was called Listen To My Heart, and oh boy, did fans listen! With the release of Listen To My Heart in 2002, BoA became the first Korean seller to make it to the top of Oricon charts. The talent house went on to top charts in Korea, China, and Japan, one album after another. Fast forward to 2008, SM Entertainment announced that BoA will be making her American debut in 2008 under SM Entertainment USA.

Her American debut album Eat You Up made it to No.9 on Billboard’s Hot Dance Club Play Chart. As of now, BoA has a total of twenty brilliant studio albums, ten in Korean, nine in Japanese, and one in English.

Where is BoA Now?

After a successful twenty-year-long career, the Queen Of Kpop is still going strong. Additionally, she released her tenth successful Korean album in December of 2020 called Better. BoA has also been gracing fans with her presence on multiple variety shows. She was the producer and host of Produce 101 Season 2. Furthermore, BoA also appeared as a judge on the popular survival show ‘Street Women Fighter’. Now at the age of 35, BoA is once again making a debut, but this time as a member of a supergroup called ‘Got The Beat‘. Moreover, BoA will be showcasing her talent alongside other popular idols such as Taeyeon and Haeyeon from Girls Generation, Seulgi and Wendy from Red Velvet, and lastly, Karina and Winter from Aespa.

The internet was on fire after the GOT the Beat debuted on the 1st of January in 2022. This band is the reunion of four generations of successful female Kpop idols, and fans cannot wait to see what the band has in store for them. Their debut track ‘Step Back’ is already breaking records. We wish BoA keeps on blessing us with her talent!

Where is No Demo Reno Filmed? Filming Locations and Cast Details for the Show!