Ashley Cole has been in a relationship for seven years. 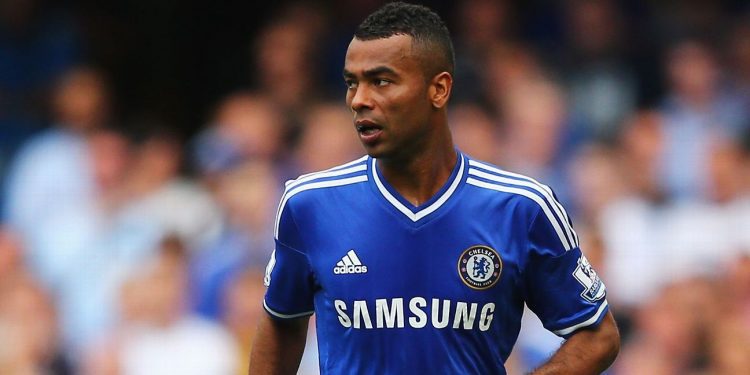 Ashley Cole rarely throws limelight to his personal or dating life. So who is Ashley Cole’s girlfriend now? Cole was once known for partying hard without caring about anything in life. Even his ex-wife could not change his ways and parted ways with him for his adulterous acts. However, it does not mean that such a person could not love anyone seriously in life. Once in a while, someone special would enter their life and change them forever. Such is also the case for Ashley, who found his soulmate after going through one divorce.

It could be the fact that Cole’s previous marriage with singer Cheryl Tweedy did not work out because they were not meant to be together. Nevertheless, the former footballer has now found the true love that changed him completely and turned him into a family man. Cole also said during an interview that now no one would find him any nightclubs or doing parties. He is now a family man, and also, his past actions had better prompted him to be a good dad. Meanwhile, he shares two children with his present girlfriend.

Who is Ashley Cole’s Girlfriend?

Ashley Cole’s girlfriend is Sharon Canu. She is not only married but also the mother of two children of the former footballer. Their relationship is not a new one as the pair had been together since 2014. Sharon, unlike, Ashley is a model from Italy but resides in Los Angeles currently. However, it is not known if she is still doing modeling or not. Furthermore, Cole very much likes to keep his dating life private as he does not post or shares anything related to his girlfriend on social media accounts. Thus, it could be his way of protecting his love life and family.

The footballer nor his girlfriend has revealed the details regarding how they came to know each other. But, they met each other in 2014 in Italy when the footballer joined AS Roma. Later on, Sharon followed him after he moved to La Galaxy in Los Angeles. It is also believed that the couple would get married soon, and rumors were already flying around last year that Ashley proposed to Sharon. There is no official information suggesting that the pair had indeed gotten married or engaged yet.

It is no hidden secret that Ashely’s reputation among the ladies was off after they came to know about him cheating on his ex-wife. His younger days somewhat were wildlife, and even his first marriage could not change him. But, Ashely’s life changed drastically after meeting his present girlfriend, Sharon, and starting a family. The former footballer himself stated during an interview that he is now a reformed character and left behind all his party life days. He said that he grew up and is currently focusing on his girlfriend and children. Cole also mentioned about him understanding the things that he had done, and it had made him a much better person.

The Former Footballer Shares Two Children With His Partner

The former footballer Ashley shares two children, a son and a daughter, with his current partner, Sharon. The son was born to the pair in February 2016 and shared a picture of the newborn baby in his social media account with pride. A daughter was born to the pair two years later, in 2018. Ashley is very private about his children and very rarely shares about them in public. But, entering into fatherhood did change him a lot, and he had accepted the fact.

Cole Was Married to Cheryl Tweedy

Ashley Cole was once married to singer Cheryl Tweedy after having been in a relationship and dating since 2004. After that, they begin living together and later on got married in 2006. However, their marriage life did not last for long and soon came to an end within four years in 2010. Problems were already ensuing between the couple after two years of their marriage. Furthermore, they were on the verge of breaking up in 2008 itself after several cheating allegations against Cole with three women. After that, their separation took place in 2010 after new adultery allegations of Cole came to the surface.

Also Read: A Look Into Cheryl Cole’s Dating History: Who Is She Dating Now In 2021?