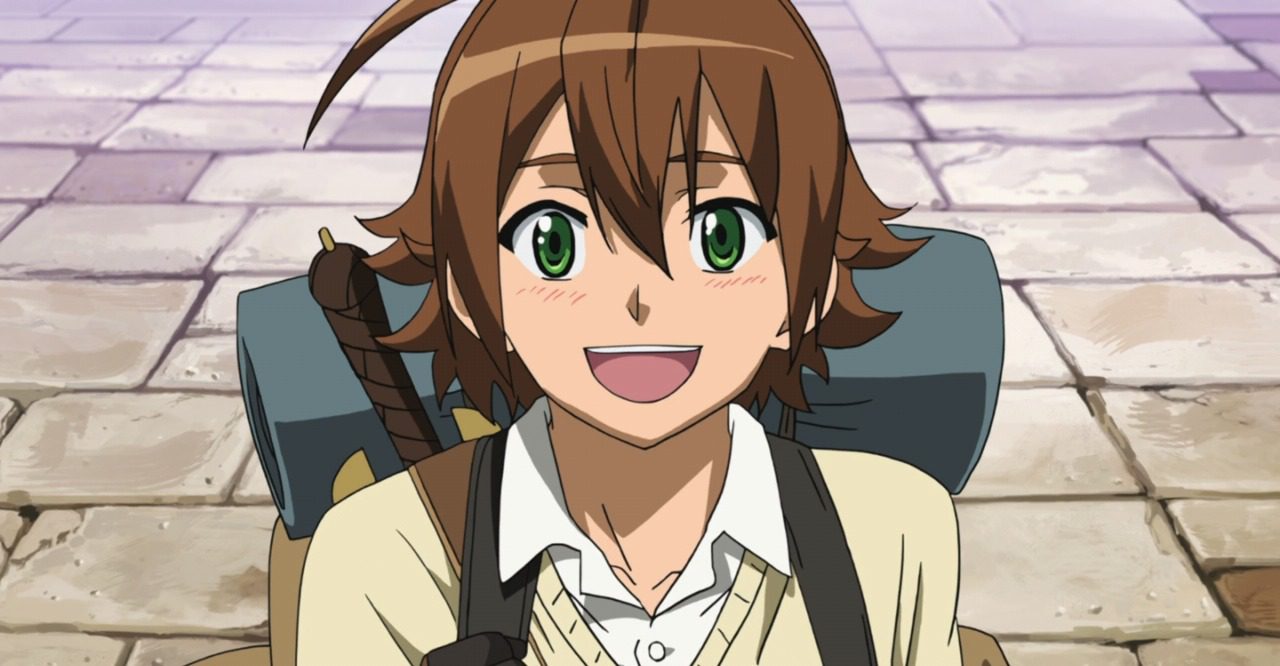 Who Does Tatsumi End Up with In Akame Ga Kill? Mangas and animes are best known for the variety of genres they dive into. Many centers around genres like fantasy, romance, a slice of life, or the very popular isekai. However, some even explore the darker aspects of literature. Dark fantasy, gore, vengeance, and many such unsettling themes are often portrayed in them. Although not many people like these heavier themes, they are highly praised by the audience. And mostly, mangas and animes with darker stories get much more recognition for their complex and well-structured stories. A great example of a dark fantasy manga is Akame ga Kill!.

The story became an instant hit for the depressing and heavy tone. Especially the sufferings of Tatsumi brought in more sympathy from the show. But even amidst all the tension, the story included bits of romance. In the parts below, we will see who Tatsumi ends up with.

The work for Akame ga Kill! began in 2007 when Square Enix asked Takahiro to make a manga. He came up with an all-female assassin group that kidnaps the protagonist male to work for them. Editors gave the idea a green signal and Takahiro invited Tetsuya Tashiro for the illustrations. Work for the manga finally began in 2010 and continued till 2016. Takahiro then worked on a prequel starting in 2013 titled Akame ga Kill! Zero, illustrated by Kei Toru. This continued till 2019. A sequel named Hinowa ga Crush! began in 2017 and is continuing. The anime was serialized in 2014 with 24 episodes in total. 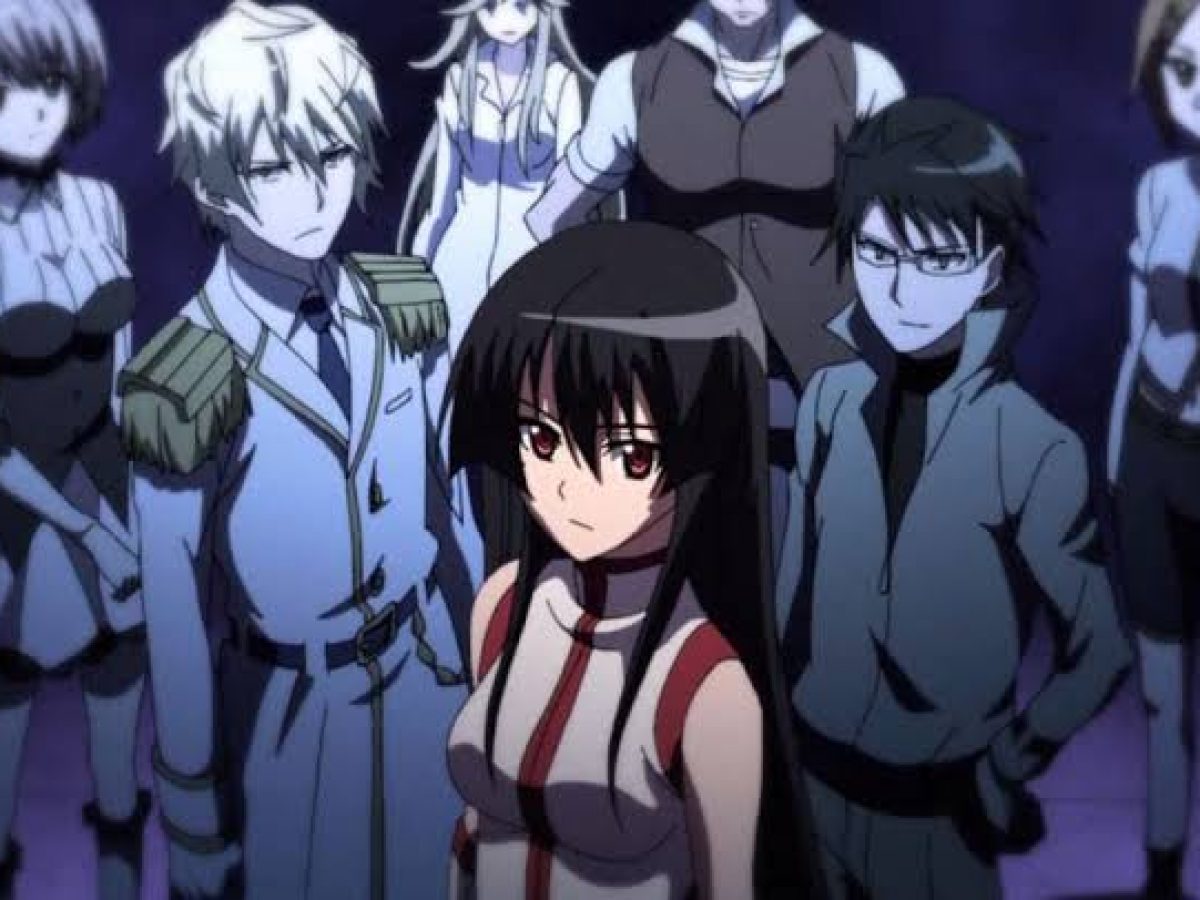 Who Is Tatsumi In Akame Ga Kill?

The anime began airing in between the manga’s serialization, so the plots differ at some points. Here we will consider the manga’s premise for describing Tatsumi. Tatsumi is a swordsman raised in an impoverished village. He sets out with two of his companions, Iyesau and Sayo, in hopes of making money for his village. On the way, he gets separated from his companions but alone reaches the Capital to join the army. Tatsumi is unsuccessful in his attempt and also swindled of his leftover money. However, he is taken in by a wealthy young girl named Aria, who offers him shelter. That same night, Aria’s mansion is raided by the Night Raid. While trying to save his benefactor, he comes to know of their dark side. Both of his friends were taken in by Aria and later tortured to death. He then kills Aria himself and joins Night Raid. 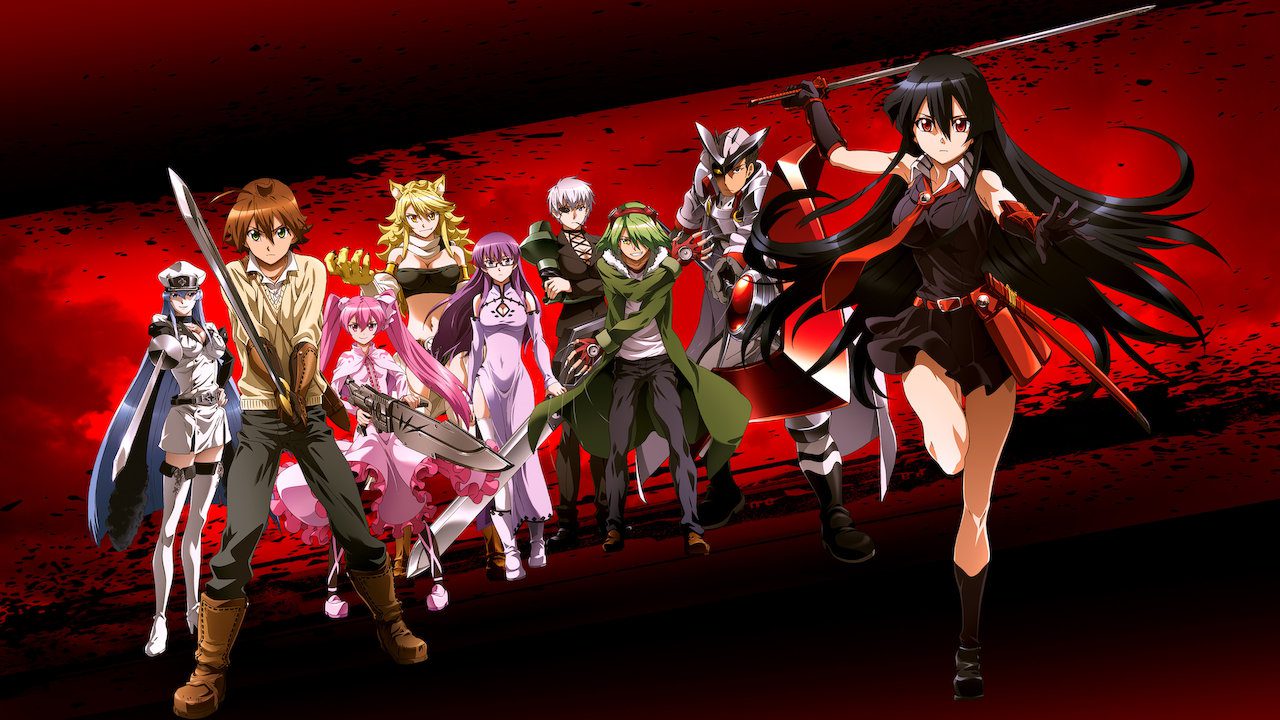 Who Else Is Seen Alongside Tatsumi?

The Night Raid consists of Teigu users. This is an ancient weapon created from very rare materials. Night Raid also has the possession of Danger Beasts. Teigu’s are very powerful weapons and are used by them to fight the corrupt Empire. The important members of Night Raid are Akame, Kurome, Leone, Sheele, Lubbock, Mine, Najenda, and Bulat. Later added to the party are Susanoo and Chelsea. The Empire’s faction also contains powerful adversaries. Esdeath is basically the war machine of the Empire. The Jaegers are Teigu users on the Empire’s side. Others on the enemy faction are Captain Ogre, Zanku the Beheader, Prime Minister Honest, and Seryu Ubiquitous. 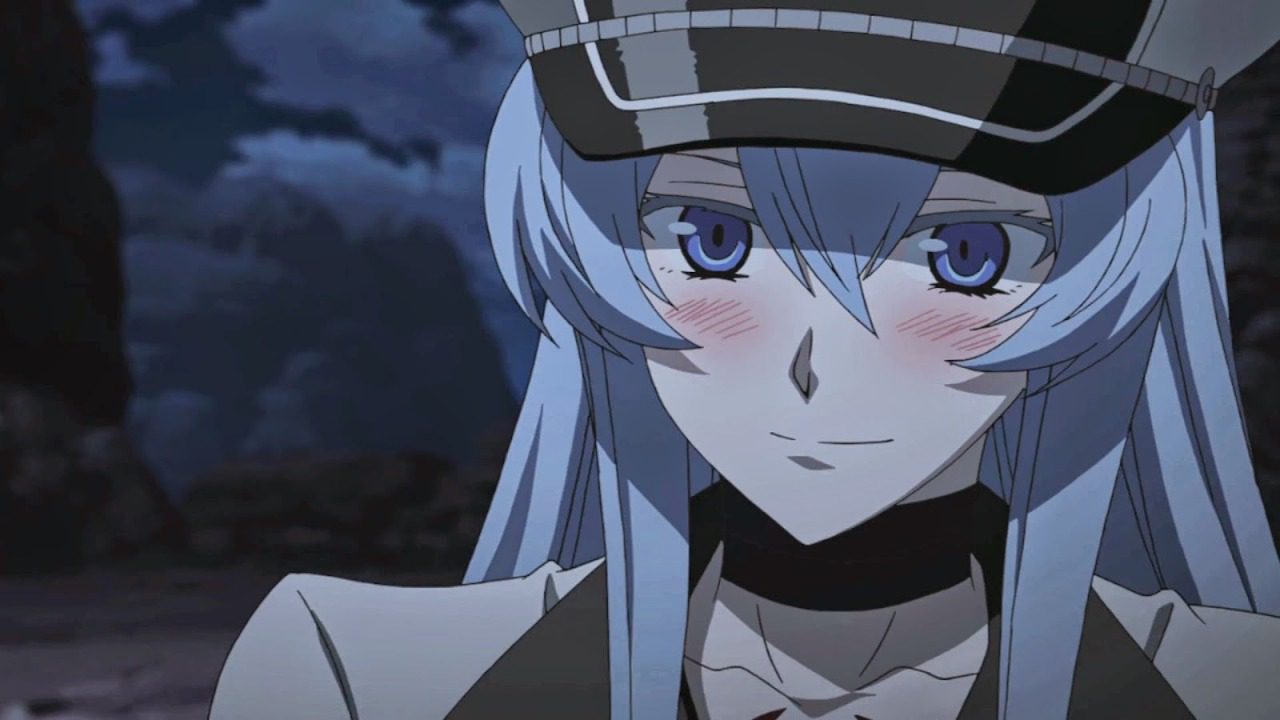 Who Does Tatsumi End Up With?

Akame is the female protagonist in the series. It would be natural to consider that Tatsumi and Akame end up together. However, like the rest of the story, even the romance came quite unexpectedly. Akame considers Tatsumi as a great companion. Although some flirting scenes were present in the beginning, they never really developed any feelings for each other. And then there’s the most complex possible romance hinted at in the story. Esdeath, the Empire’s strongest general, developed feelings for Tatsumi. It did not really seem possible that they would get together, knowing that both belonged to opposing factions. However, some chances emerged of them getting together. It seemed Tatsumi was ready to accept her if he joined their side. But knowing Esdeath’s nature, she would never have done that. 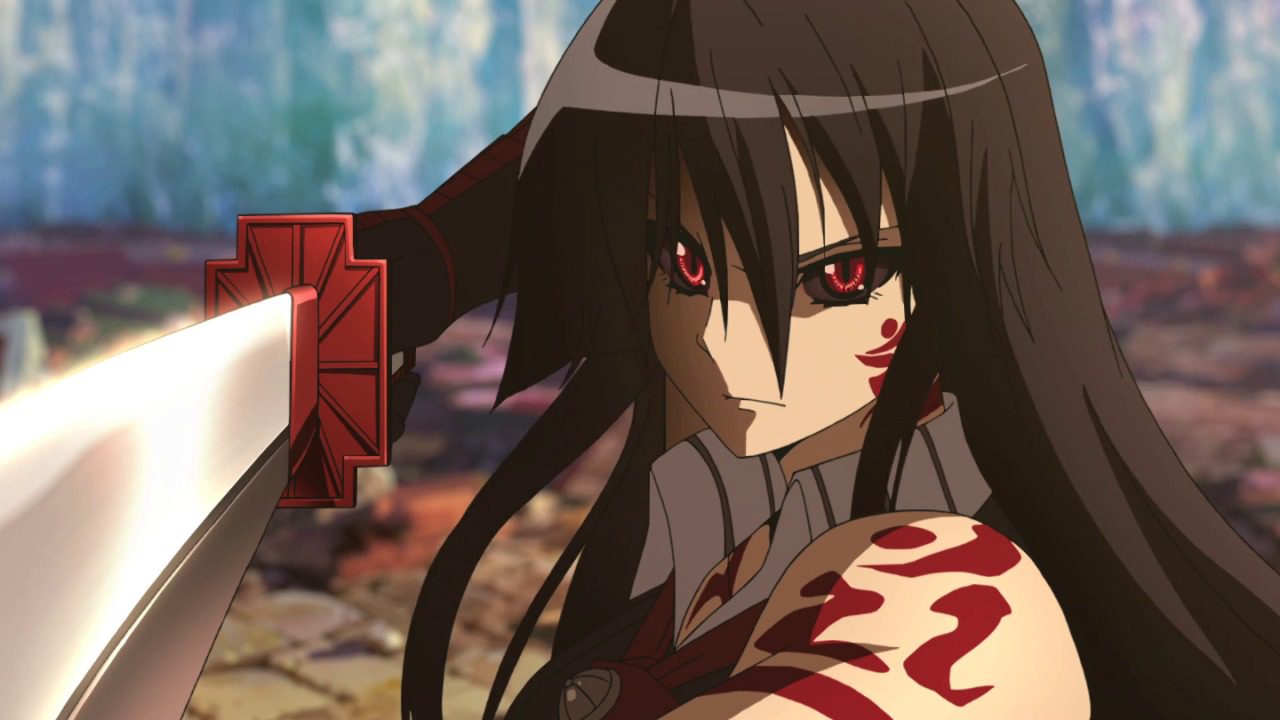 Tatsumi’s romance unexpectedly began with Mine. As the story continues, they develop mutual feelings for each other. So much so that Mine is ready to plunge into any dangers to save him. They become a couple in the story and are deeply in love. When Mine falls into a coma after her fight with General Budou, Tatsumi keeps waiting for her. After she wakes up, Tatsumi and Mine get married and even have a child together. This all happened in the manga. So, according to the manga’s story, Tatsumi ends up with Mine. 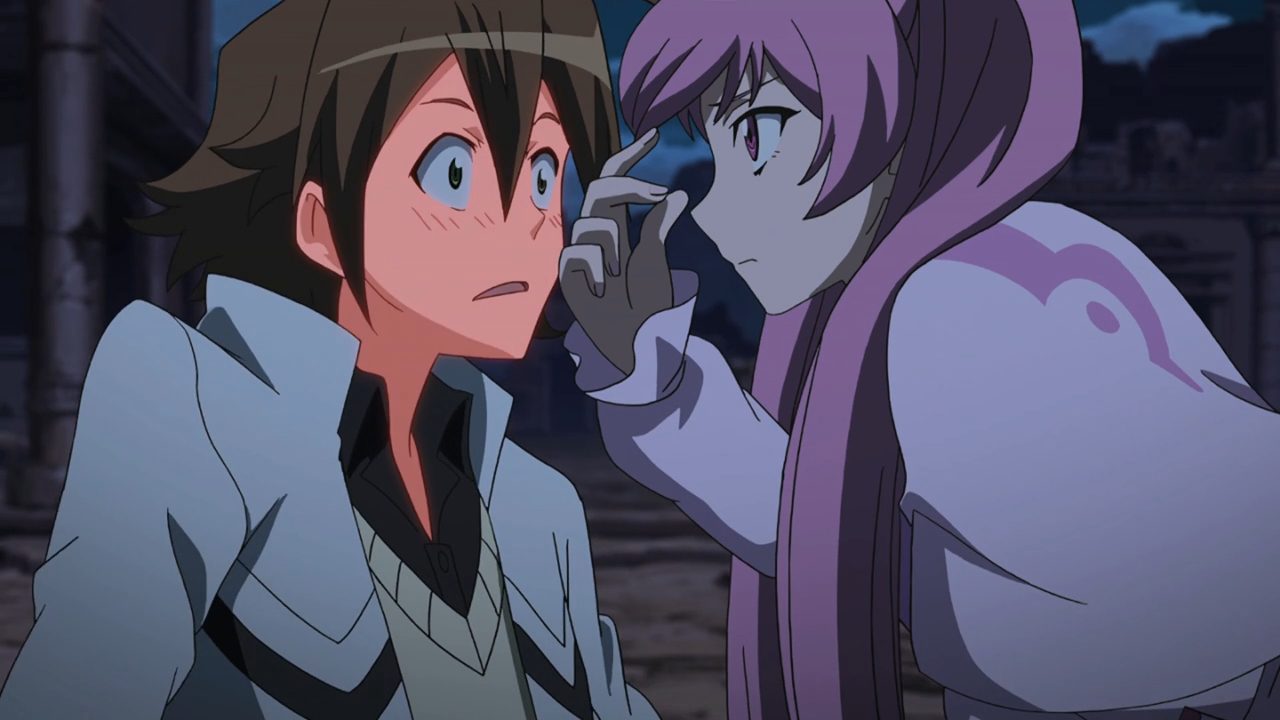 Mine and Tatsumi being lovey-dovey (White Fox)