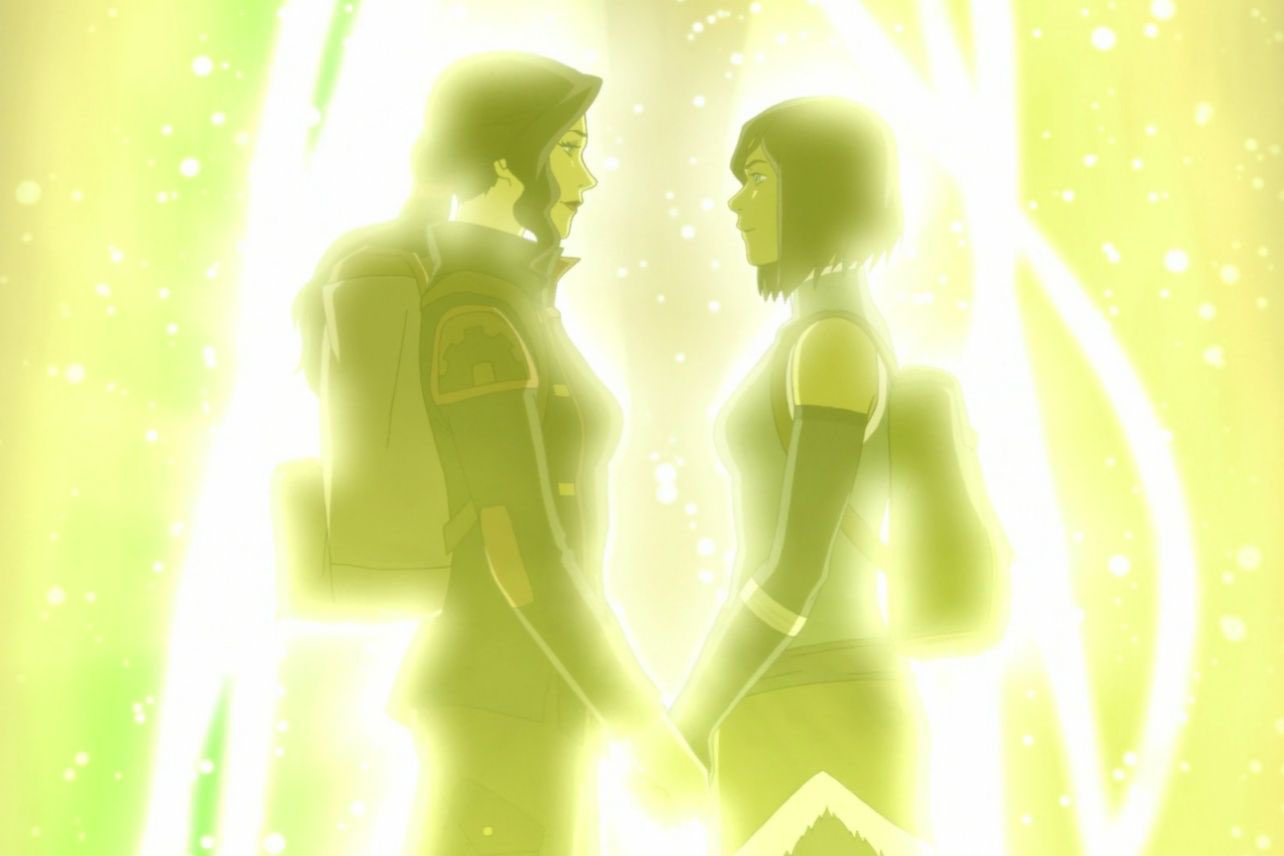 The Legend of Korra.

Who does Korra End Up With? Nickelodeon’s Avatar series has become quite popular over time. I bet every kid knows all about the show, especially after the widespread fame of the live-action movie. The American Television show won several awards and, towards the end, even broke some norms. It remains one of the most enjoyable shows. The series had three seasons, and then it released a sequel mini-series title, The Legend of Korra. It was a hit, once again, and dropped in quite some bold moments. The sequel show encourages same-sex relationships and empowers female characters by introducing a female protagonist. In fact, the show is deeply appreciated for introducing the LGBTQ community with so much positivity into a kids’ channel. Its main character, Korra, has become such an amazing idol. So who did Korra end up with?

Being an action-fantasy, people do not so often expect to see much romantic content. The Legend of Korra focuses mostly on the story’s fantasy elements, which is quite understandable. Perhaps this is why many people feel that the main ship came up from nowhere. The Legend of Korra aired four seasons which compiled 52 episodes. It was released in 2012 and concluded in 2014. The first two and a half seasons were animated under Studio Pierrot, and then the remaining episodes were animated under Studio Mir. Korra’s love story was sweet to the brim. Were you wondering about Korra’s romantic interests? Who did Korra end up with? Here is everything we know about the protagonist’s love interest.

Like Avatar Aang, Korra is the incarnation of the Avatar. She is also Aang’s successor. She was born among the Southern Water Tribe and brought up by them. Here she learned the techniques of water bending, earth bending, and fire bending. To master air bending, she moved to Republic City. She met with Tenzin and learned the techniques of air bending. Her tutor through the journey was also Aang’s spirit, who taught her energy bend and also how to enter the Avatar State. She connected with her past lives and reached her potential as an Avatar.

Who does Korra End Up With?

Korra ended up with Asami. The two were on and off the relationship for a big part of the series. However, during the wedding ceremony of Zhu Li and Varrick, Korra comes to talk to Asami. They watch the Republic Skyline together. As they do, Korra finds her way to apologize to Asami for returning so late, which Asami accepts warmly. She tells her how thankful she felt now that Korra was here. They hug, and Korra asks if Asami would like to go on a vacation with her. Asami agrees (of course), and they decide to go on an adventure to Spirit World. They lock their gazes into each other’s eyes, and the series subtly notes that Korra ends up with Asami. 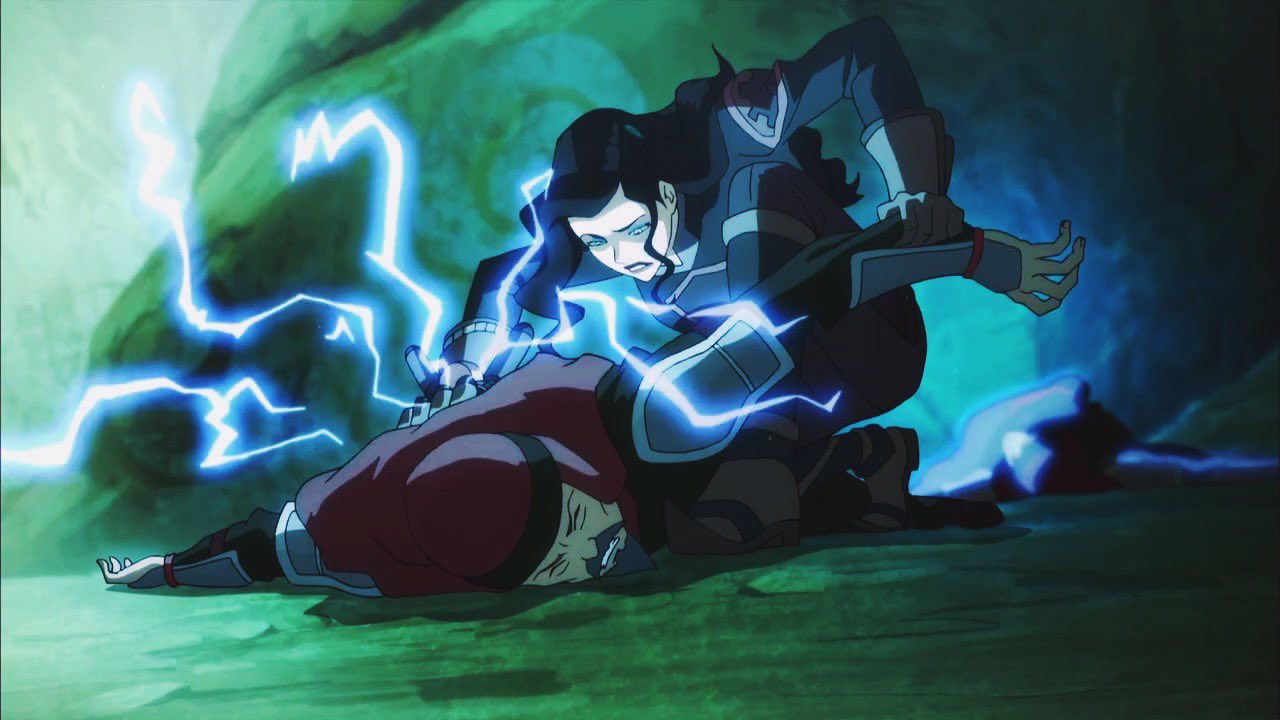 Asami and Korra had dated before, and, drenched in happiness, Korra shared the news with her parents. They reacted positively to the news but also suggested that they do not publicize their relationship, given that not everyone in society accepts same-sex relationships. However, a fight breaks out in the family after a little misunderstanding. However, things clarify after Korra talks about it with Asami and Kya and realizes that her parents were not entirely wrong.

Fans of the show often claim that the relationship between Asami and Korra was too sudden or that it was too forced. However, nothing about it was out of the blue, and bread crumbs leading to their relationship can be seen all over the show. The first-ever signs can be seen as we see Korra write a letter to only Asami as she faced mercury poisoning. The two had even loved alone on the same island. There were many moments between them where we can see a spark generate between them. The communication between them was clear and quite healthy too. 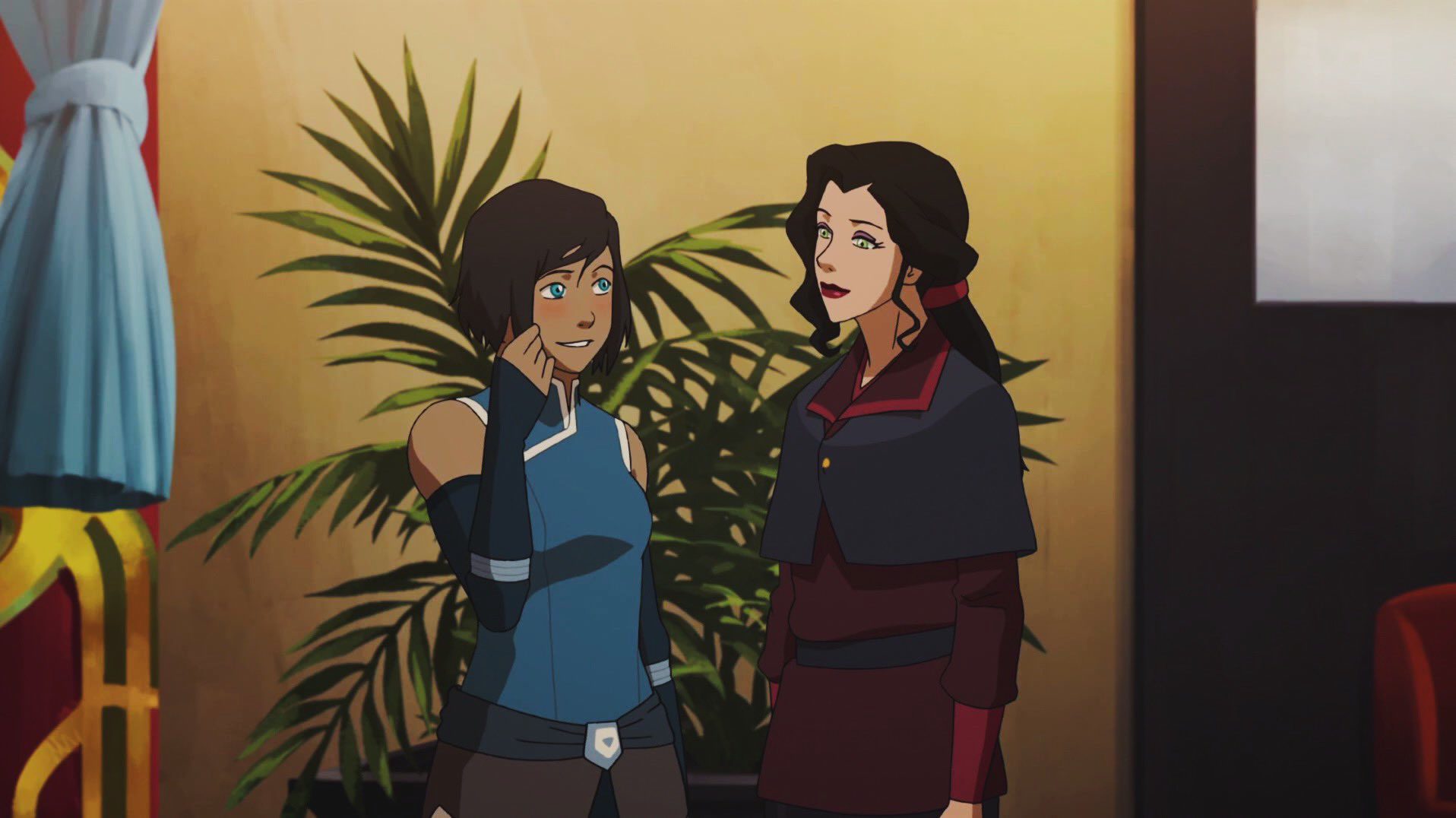 Korra and Asami made a great couple and set several relationship goals for people in love.