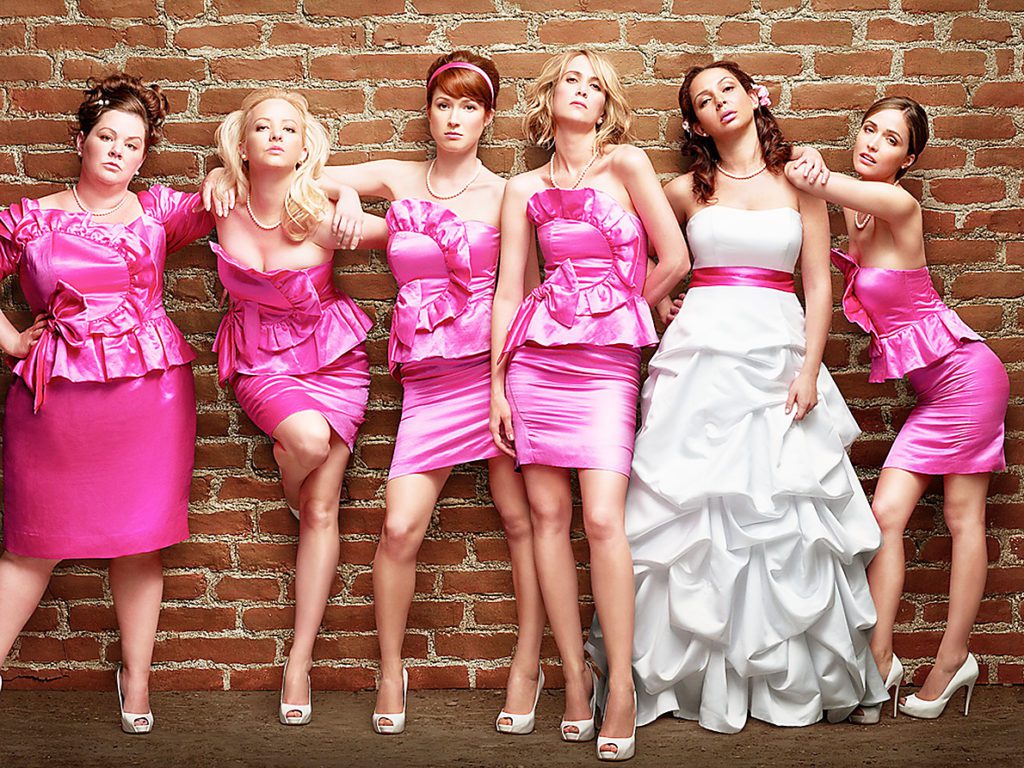 Today we will be looking at Where the 2011 movie, Bridesmaids was filmed and its locations. It’s pretty sure that everybody has seen the American Comedy movie about the hilarious Annie Walker. The movie was directed by Paul Feig. The script of the movie was written by Annie Mumolo and Kristen Wiig, who also portrayed the role of the protagonist Annie Walker. Wiig is really popular for her work in the American late-night live television show SNL. Bridesmaids were produced by Judd Apatow, Barry Mendel, and Clayton Townsend.

The movie was released on the 28th of April in 2011. Bridesmaids received many positive reviews from critics and the public alike. The movie had a wide range of female cast. Besides Wiig, popular names such Maya Rudolph, Rose Byrne, and Melissa McCarthy were part of the cast. McCarthy also received her first Academy Award nomination for her role in the movie. Bridesmaids was a success not only critically but also commercially. In the initial week of its release, the film garnered a net estimate of 26,247,410 US dollars. The collections were just behind that of Marvel’s Thor. The movie managed to earn a total of 288,383,523 US dollars after its box office run. Keep reading to find out the location of filming Bridesmaids.

Make sure to read this article on Are Shane and Lacey Still Together? Where Are The Reality Stars Now?

The movie follows the life of Annie Walker, who is in her thirties. Her life is not exactly going great. She invested most of her saving into opening a bakery which did not do well. When her business went under, so did most of her savings. When she thinks that things couldn’t get any worse, her boyfriend dumps her. Now, she had got a job at a jewelry store. Also, she has got the most annoying pair of siblings as her roommates. Annie constantly hooks up with a guy named Ted. She believes that playing it cool and not asking for more will eventually make him fall for her. 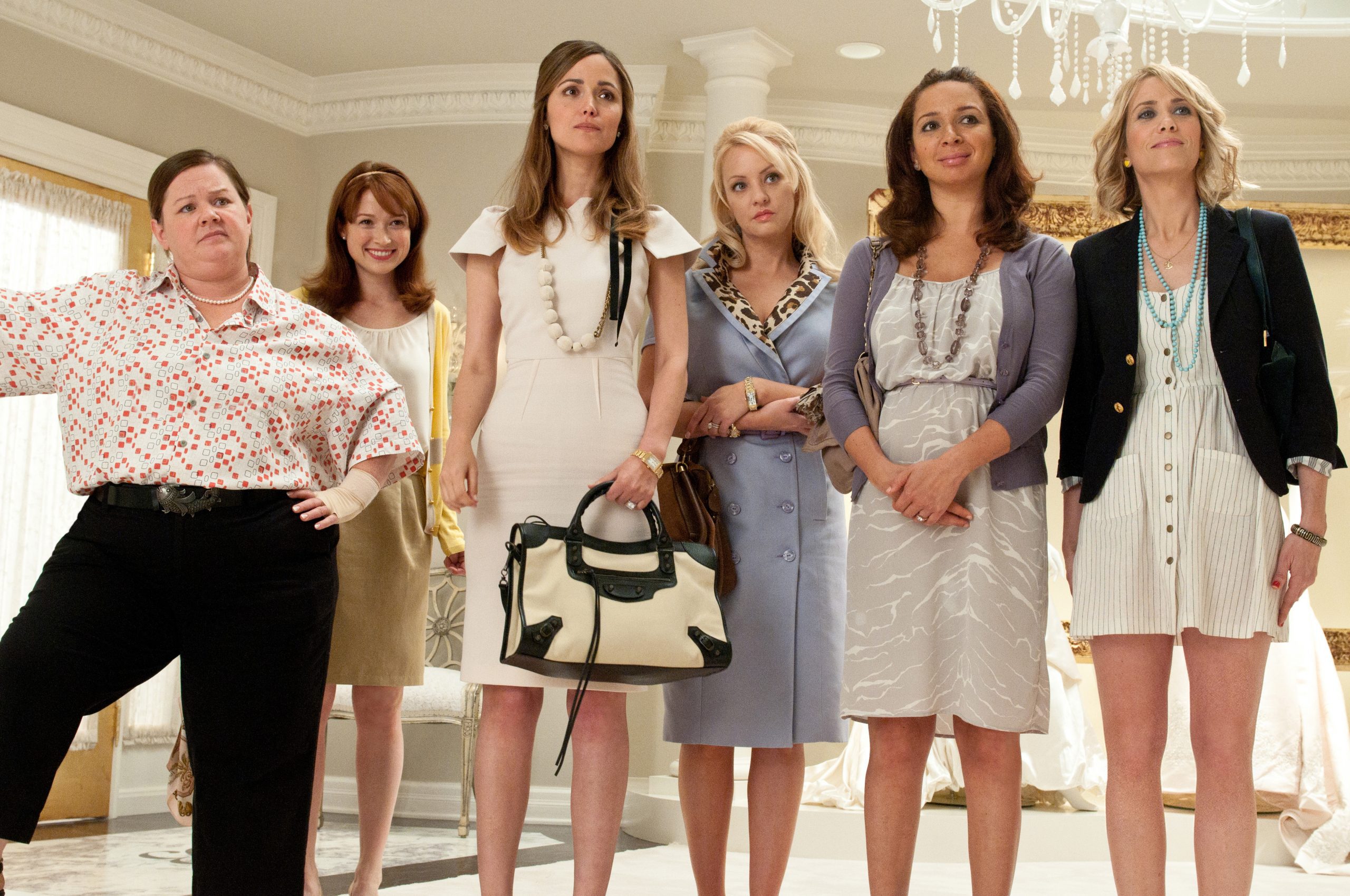 When Annie’s best friend Lillian gets engaged to her boyfriend Doug, she approaches Annie asking her to be her maid of honor. Once she arrives at the engagement party, Lilian introduces her to the rest of the bridesmaids. They include Lillian’s cousin Rita who has been married for a very long time, Lillian’s work friend Becca who just got married recently,  Doug’s sister, who uses at least ten five cusswords in a sentence, and lastly, the very pretty and wealthy Helen who is the wife of Doug’s boss. Helen and Annie are immediately envious of each other’s friendships with Lillian.

Many hilarious events unfold in the movie as the two compete with each other to become the best bridesmaid and also become Lillian’s best friend. These include the hilarious sing-off between Helen and Annie and also Lillian getting diarrhea in the middle of trying on her wedding dress. The movie is available for streaming on Netflix’s official website. In the meantime, check out the official trailer of the American comedy movie below.

Where was Bridesmaids filmed?

Bridesmaids location was primarily in Los Angeles in the state of California in the United States. It was also shot around the region of Milwaukee. The house of Ted, where Annie usually went to hook up with him, is located at 3722 Sapphire Dr, Encino, CA. Cholodecki’s Jewelry Store, where Annie works, is located at 1009 Mitchell St, Milwaukee, WI. Also, the apartment which Annie shares with the siblings Gil and Brynn is situated at Kinnickinnic Ave, Milwaukee, WI. Next comes the place where Lillian’s engagement party was held. This is where Annie met with the other bridesmaids and which set off a chain of hilarious events. The party was shot at Sherwood Country Club, 320 West Stafford Road Thousand Oaks, CA.

The Brazilian Streak house, where the ladies visit and end up eating bad food from is located at 14032 Oxnard St, Van Nuys, CA. After eating from there, the ladies end up getting massive food poisoning and diarrhea. Helen refuses to eat the food from there, so she is the only one who doesn’t have any problem. In the ending, Lillian ends up getting married to Doug, and Annie is her maid of honor. The venue where the wedding was shot was Los Angeles County Arboretum, 301 N. Baldwin Ave, Arcadia, CA.