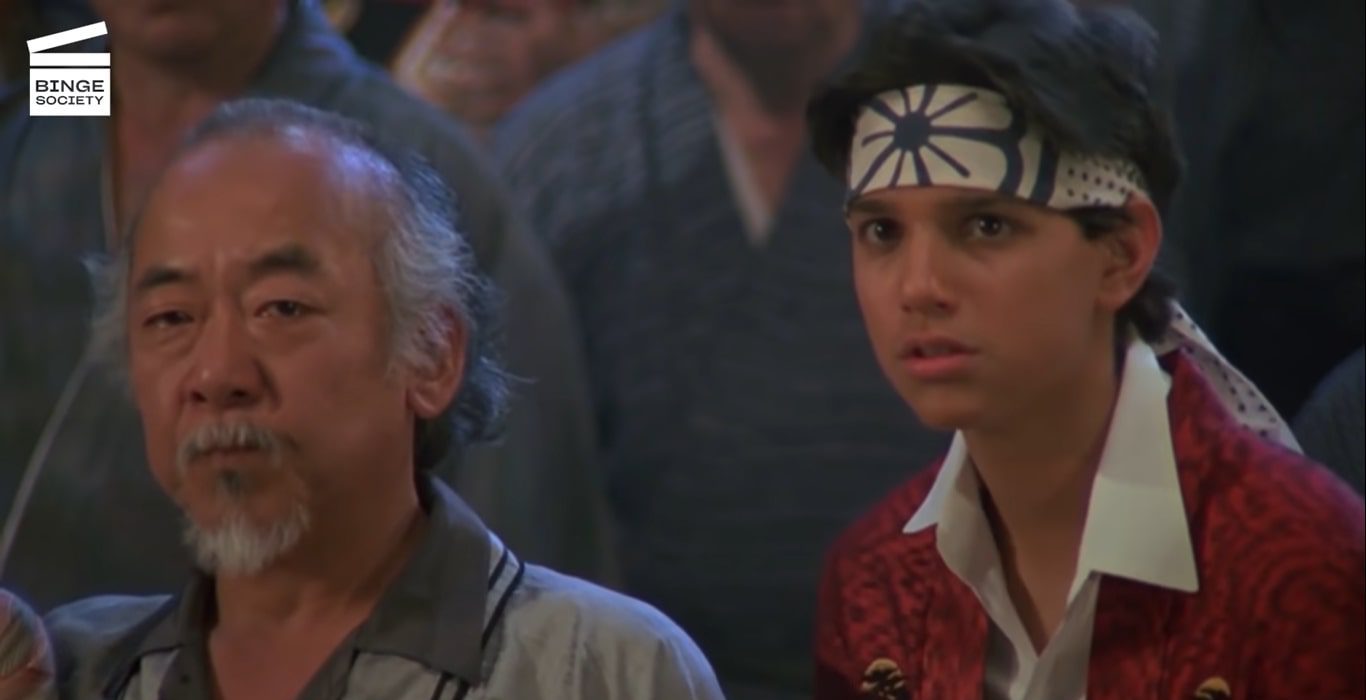 Daniel-san. This not tournament is for real!

In this article, you will learn where was The Karate Kid 2 Filmed! Karate Kid 2 is an American martial arts film directed by John Avildsen and written by Robert Mark Kamen. This superhit was released, in 1986, much before the Karate Kid starring Jaden Smith, which we saw! The movie is the sequel to the 1984 blockbuster film The Karate Kid 1, directed by John Avildsen only. In total, there are seven installments of the Karate Kid franchise. And the 1984 film was the first work of art about Karate by John Avildsen. That film was written by Robert Kamen too. In both the films, Ralph Macchio and Pat Morita are starring. They have done a brilliant job and lived up to Avildsen’s expectations. Ralph is the student, and Morita is the teacher. Let us talk about the first installment so that we can move on to the second!

The Karate Kid 1 and 2 both grossed over $130 Million worldwide. They had a tiny budget of $8 Million and $13 Million, respectively. The franchise kicks off with a kid named Daniel LaRusso, who gets bullied by other stronger kids. Especially by his crush’s ex-boyfriend, Johnny. Master Miyagi (Pato Morrita) teaches LaRusso Karate so that he can defend himself. Later, he competes in the tournament and wins his love (Shue) by defeating Zabka in the finals. Avildsen is the brain behind one of the most iconic films of Hollywood, Rocky! The film, starring Sylvester Stallone, is one of the greatest successes in the history of cinemas! Avildsen is the Shakespeare when it comes to making a Magikarp into a Gyrados!! So let’s focus on where was Karate Kid 2 Filmed. 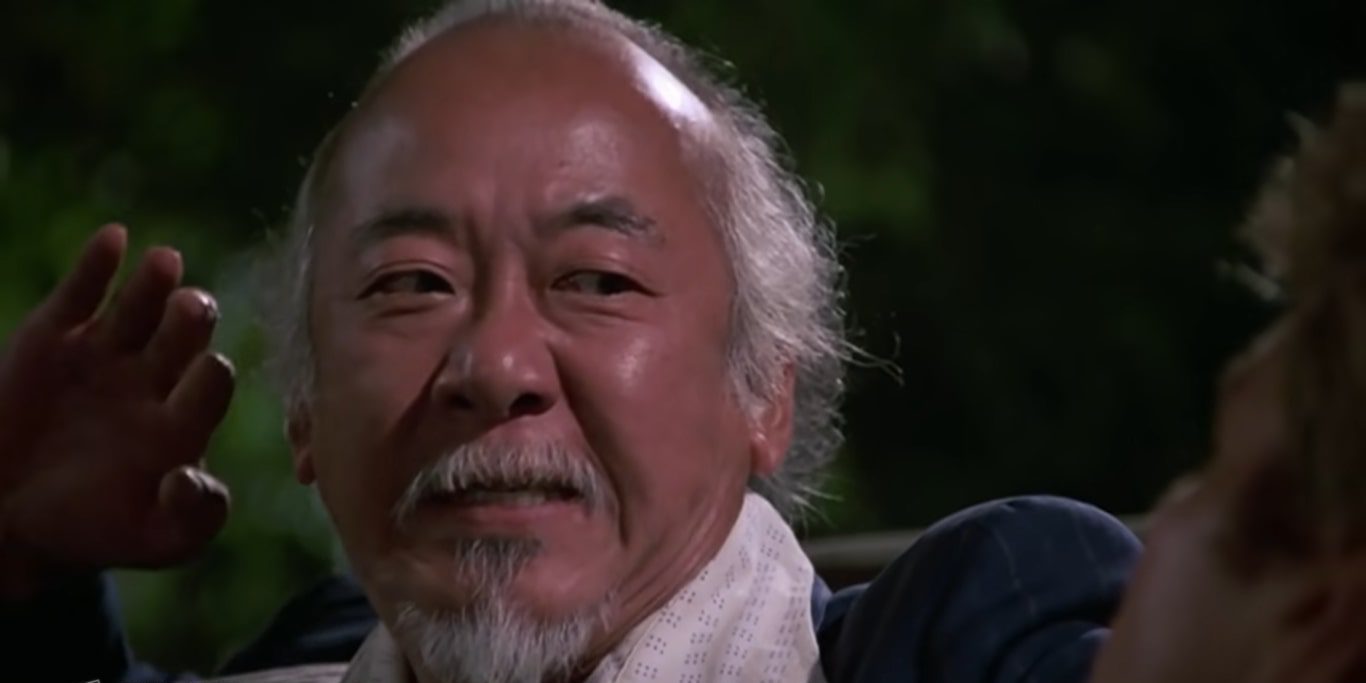 Where is Karate Kid 2 Filmed? All The Locations:

The Dojo dies at the start of the film. A turbulent John Kreese attacks his students and even Johnny. Miyagi stops Kreese by first dodging his attacks. Once his hands bled due to his foolishness, Miyagi threatened Kreese. A scared John Kreese is immobilized, and Miyagi is going to give him a final blow. Instead of that, Miyagi pinches Kreese’s nose and walks away. Johnny leaves a humiliated Kreese behind! 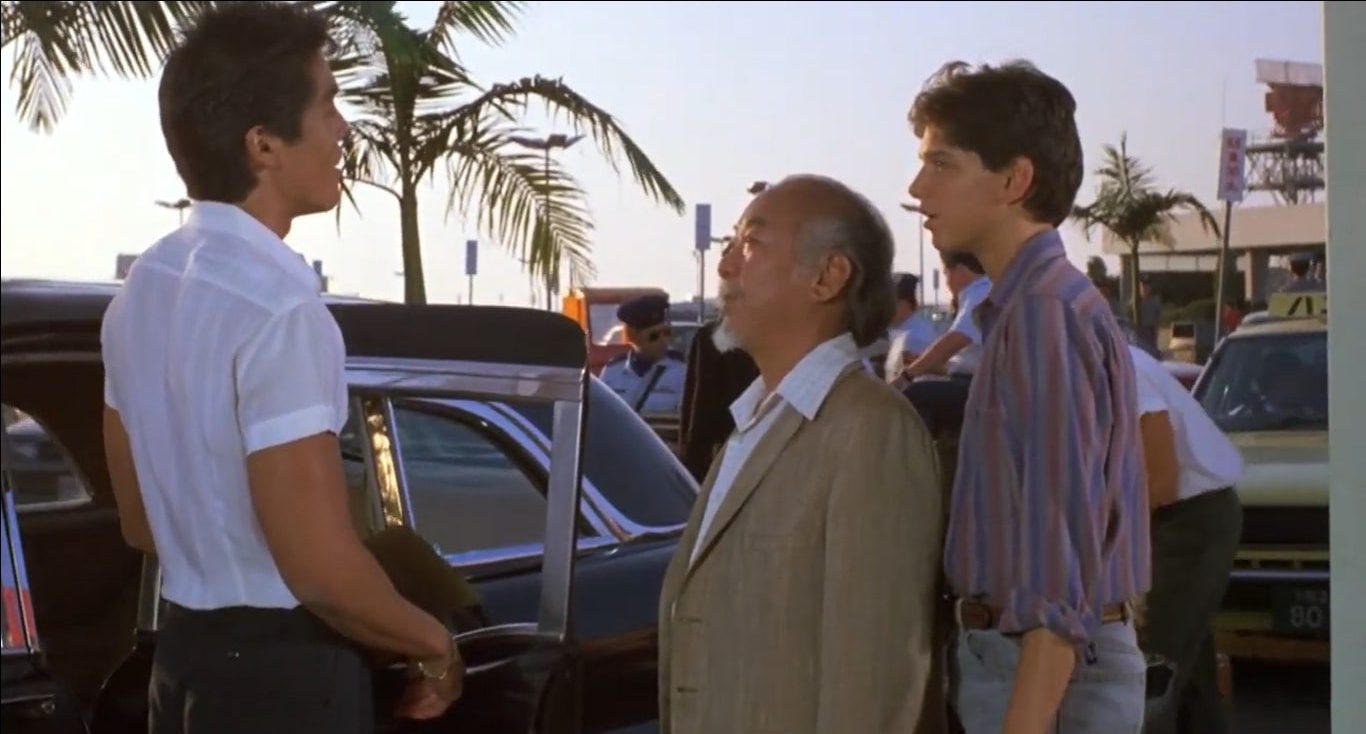 The Karate Kid Part 2 sees Master Miyagi head back home to Okinawa. That used to be his family’s home, and now he is going there after many years. The reason is when he gets the news that his father is in terrible shape, he decides to return. Daniel LaRusso, his loyal student, also accompanies him to Okinawa. When they reach there, they meet Chozen, who welcomes them. Chozen is the villain of the movie. Chozen drives Miyagi and Daniel to Sato’s warehouses. He reveals he is Sato’s nephew. Sato(karate Master) appears for the first time. He challenges Miyagi for a fight. Miyagi Refuses. 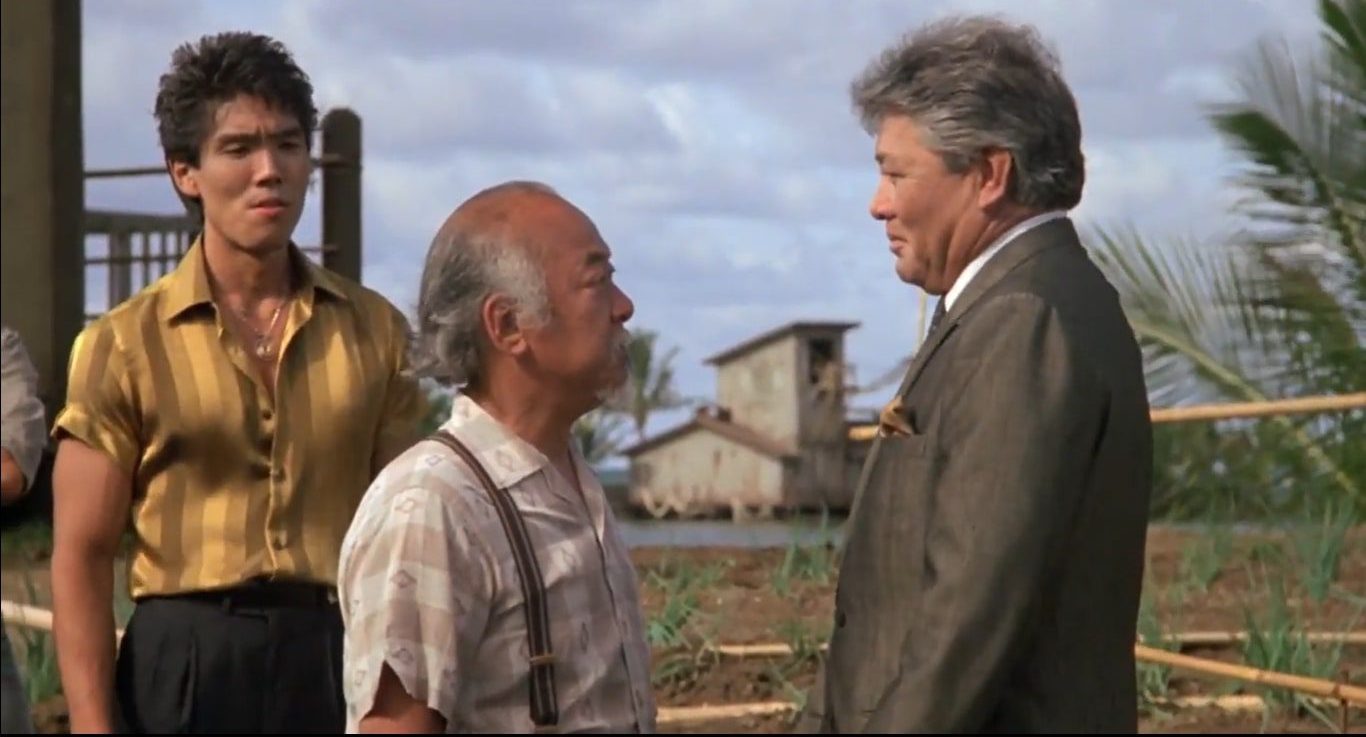 Miyagi and Sato in Okinawa

The majority of the film is in Oahu, Hawaii. The Producers, Warner Bros, chose Oahu because it has similar weather to Okinawa. With a much lesser budget, the director was able to hire a large number of Okinawans, who live in Hawaii. The perfect way to make another film set! The production company also built a Japanese village set to complete the impression as it looked like Okinawa!!

The Karate Kid 2 Plot: In Brief

After the fight with John Kreese in the Parking Lot, Miyagi and Daniel LaRusso travel to Okinawa to visit Miyagi’s dying father. They get welcomed by Chozen, who takes them to Sato. Sato challenges Miyagi, but he denies it. Miyagi and Dan learn that Sato is a wealthy industrialist who does illegal work to make money. His machines have destroyed the land, which was important to Miyagi. This act infuriates him. Miyagi’s father dies. Miyagi teaches his family’s hereditary counterattacking move, which Daniel starts practicing! Because of some mistake of Daniel, Chozen and his thugs attack Daniel and destroy Miyagi’s property. Sato threatens the entire village if Miyagi refuses to fight. He will vandalize the poor villagers.

Miyagi agrees to fight Sato. On the day of the battle, a heavy typhoon arrives. Now that destroys Sato’s dojo!! Sato is trapped. Dan and Miyagi try to rescue him. Daniel also saves the life of a child. Chozen doesn’t follow Sato’s order again. A shameful Sato goes to Miyagi and asks for his forgiveness. He promises to rebuild the entire village. Chozen and Daniel have a fight which is the boss fight. He threatens to kill Daniel’s love if he does not fight him. Daniel agrees. Chozen gets defeated by Daniel’s counterattacks taught by Miyagi himself! This is how John Avildsen ends “Never Say Never“!!