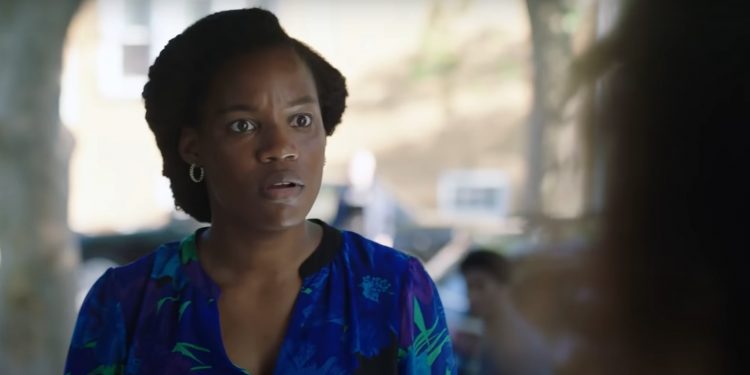 4400 Season 1 Episode 7 will see the expansion of Keisha’s relationship with Jessica. Additionally, we are seeing how Andre’s story arc further complicates his relationship with his social surroundings as he deals with his latest discovery. Moreover, what will happen with LaDonna? Will she move forward with her plans or is she going to wait for the time to run out? Lastly, someone begins to grow suspicious of the Reverend.

How are Jharrel and Keisha managing to earn the trust of the rest of the 4400? For one part, the government are out on them. For the other, they’re out to get their lives back, after all, the things they had to go through were quite traumatic. And while the bulk of them managed to keep their powers in discreetness, they don’t know that they’re under surveillance.

4400 Season 1 Episode 7 will release on December 6, 2021, at 10:00 PM Eastern Time, United States, on the CW network. To begin, every new episode drops on a weekly manner on Mondays. Secondly, this episode’s title is “Empowered Women Empower Women”. Thirdly, the episode was directed by Kenny Leon (he is an American filmmaker who directed a couple of episodes for “Dynasty” and “Ambitions”) out of a script by Arianna Jackson, Felicia Hilario, René Echavarria, and Scott Peters.

For this debut reboot season, the filming of the initial episode started on June 7, 2021. The last episode is slated for filming on December 7, 2021, with main photography taking place in Chicago. Behind the show is Ariana Jackson, working in close-knit with the original “4400” team made up of René Echevarria and Scott Peters. Lastly, the final episode for the year will air on December 13, 2021.

If you want to watch 4400, simply tune in to the CW at the aforementioned time during the airtime. If you wish to watch the show online, you can do it on the CW website or app the day after airtime. Additionally, you can live stream the show from platform Fubo TV, YouTube TV, Hulu + Live TV, and DirecTV. Moreover, the show is available for rent or purchase on iTunes.

Hayden recruited the assistance of LaDonna, Andre, and Mariah to get Mildred and Noah out of the Ypsi Medical Facility. However, as the 4400 starts to move up and out, their abilities become evident, as does the government’s ambition to control them. It seemed to be a daring move, but Hayden nearly pulled it off. They rescued Mildred but were unable to locate Noah. However, what they accomplished was still rather outstanding! LaDonna’s abilities cannot be emphasized! She was the true hero of this rescue effort. She is not just a computer prodigy, but she also has shapeshifting skills.

Yes, it’s simply a trick of the light, but it’s undoubtedly one of the most valuable abilities of any of the 4400. While at the East Wing of Ypsi Med, we saw two more persons with special abilities: a bird-woman and a man of fire. Only seeing two seemed like such a letdown, but the creativity on the exhibit is evident, and we can’t wait to see more!

Mariah came to life in this episode, owing mainly to Sophia Echendu’s portrayal of the character and Shomari Kirkwood’s writing. She’s fearless, but she’s also practical. Mariah only wants to assist in any way she can since she knows what is wrong. Even if Mariah has emotions for Hayden (though she isn’t sure what they are), she won’t stand in the way of Hayden and Mildred until it feels right. She’s considerate of their link, and it seems like she’d be content to remain friends with both of them.

Logan and Bridget had a good child. But, on the other hand, Logan’s attitude toward his daughter is contradictory at best. Still, perhaps he’s finally settling into who he needs to be. As a result, he can assist his child when she needs it while also realizing why she should not put herself in peril. Hayden never had a paternal role in looking up to. Consequently, Logan defending him and praising his moral fortitude is incredibly poignant. In addition, 4400 demonstrates compassion in action in every episode.

It’s the bond between little Hayden (Mace Montgomery Miskel) and his mother, portrayed so tenderly by Celeste M. Cooper. This is one of the show’s best points: for every character described as “different,” another character treats them with honor and respect. Hayden certainly has Autism Spectrum Disorder. His mother assists him in discovering the power he has as a result of this rather than despite it. She frames things in such a manner that he acknowledges his own value. She is his champion, but she is also teaching him how to be his own.

Problem-solving is similar to baking. We start with what we want and then look at the elements we have available. Then, we put them together and got what we desired! She talks to him in a calm, thoughtful tone, never raising her voice until she protects her kid from those who would attack him. It’s stunning. Millie grew insane after gaining control of the guard with her skills. She might have easily killed him, so it was a good thing LaDonna injected her at the right time.

The guard’s damaged bones were mended when Andre touched them. It seemed odd that the guard would also have superpowers (but who knows? It’s not beyond the realms of possibility). Andre is far more likely to be unwittingly responsible for the guard’s healing. In contrast to Claudette, who can cure herself, it seems that Andre may heal others. It would make sense, given that he is a doctor and has yet to demonstrate any other abilities.

Also Read: Vice Season 8 Episode 12: What to make of The Government Surveillance?

Andre also needed to go to Shanice to see if she could assist them in retrieving the code from his memory – how fortuitous that she would be permitted in! So it’s no surprise that Andre felt hesitant. To be sure, Shanice and Andre have a tangled relationship, but it’s problematic because Shanice’s “husband” is still a part of her life.  Andre is a delicate, gentlemanly kind who values decency. It’s not fair to let the lady he loves about inside his head and see the emotions he’s attempting to keep buried. He can’t help but feel what he does, even if he knows he shouldn’t. It’s not my fault you’re a sloppy time-traveling doctor with a penchant for drama.

Shanice may not have realized how intense Andre’s feelings for her are or how much he’s hurting and suppressing her without realizing it. Meanwhile, the Reverend’s congregation is growing, and Shanice is attempting to assist for some reason. Claudette always had her doubts about the Reverend, but she was not present during this episode.

Allow unity to be our doctrine and love to be our discipline. Derrick A. King has that preacher feel down well, that righteousness and charisma entice people to listen and believe. Mr. Green’s involvement in the Reverend is concerning, according to Jharrel, since Green is a member of the government. We’ve all seen what happens when the government and religion collaborate too closely. It’s not a good sign for anyone. So, hopefully, the Reverend will mobilize his flock in their own self-interest rather than his own. Jharrel and Keisha have a lot of work ahead of them.

Everything is now out in the open. Keisha and Jharrel are here to assist the 4400, but they are not entirely trusted. Later on, Keisha finally proved herself when she allowed the four (Hayden, Andre, Mildred, and LaDonna) to escape Ypsi Med, which was both unexpected and a significant turning point for her character. Keisha and Jharrel are now basically double spies, but they have each other to fall back on. Mildred resolves to flee as soon as she is safely recovered.

She’s not to blame; as long as she’s with the 4400, she’ll be returned to the East Wing. Her abilities are too powerful for the authorities to allow her to go free. She’ll be safer in an area where she can’t be found. Hayden’s final vision is unsettling, but it’s unclear how it will play out. With this, we conclude our coverage of the 4400 here at Otakukart. Thank you for reading our article. And please keep coming back for more daily updates on all your favorite series, movies, and entertainment.

Andre Dickens’ Girlfriend: Who Is The Prominent Councilor Dating?