Yu-Gi-Oh is returning with the different story and a different protagonist. Let's find out. 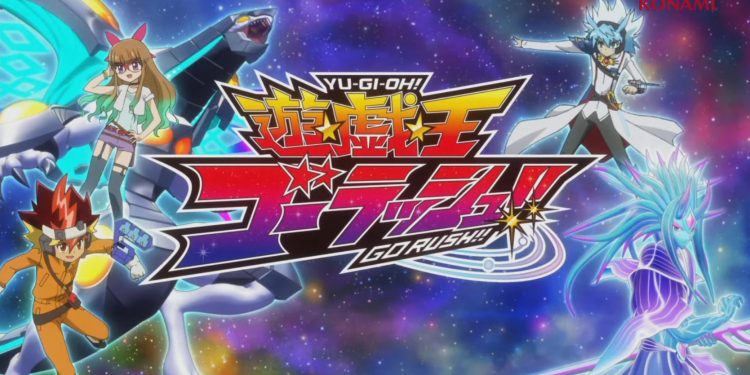 The 90s shows never get off-fashioned and always remain in the center of discussion. The same case applied to anime. Yu-Gi-Oh is the kind of show which got inspired by a trading card game. The anime project gained a massive hit after its release and left a heavy impact on its anime revenue. Yu-Gi-Oh has its own fandom, and fans were eagerly waiting for its return. It seems like the creators finally listened to their fans and made an announcement on Twitter about the new Yu-Gi-Oh anime’s release date. The upcoming season is completely different and covers the story of a different protagonist. In this article, we will talk about all the details that you will see in the upcoming season of Yu-Gi-Oh. So make sure to read this article till the end.

Yu Gi Oh is a Japanese manga-based anime written and illustrated by Kazuki Takahashi. The story revolves around the concept of the trading cards game, and it featured in Shueisha’s Weekly Shonen magazine between 1996 and 2004. Later, inspired by this anime, various spin-offs and games were released, which got a huge success all over the world. The major protagonist of the show Yugi Mutou solves the ancient Puzzles and gain unique powers which allow him to solve conflicts with the power of spirits. This was the basic synopsis of the anime. Now let’s deep dive into our main topic.

Recently, the Yu-Gi-Oh franchise informed fans on Twitter that a New anime of Yu-Gi-Oh is in production, which features a completely different story with a different protagonist. The name of the upcoming anime will be, Yu-Gi-Oh: Go Rush. This story will revolve around Yudias, who is actually an alien and comes to Earth in search of Rush Duel. He believed that this would help him and his friends who were driven out of their star home.

But when he visited Earth, he met with Yuma and Yuhi, who are a part of an anti-alien group. We need to wait for the actual anime to figure out what happens after this and how Yudias deal with those two siblings. Did he get success in finding Rush Duel? There are many questions that the teaser has left for us to think, but the anime is right on our door and needs a little patience.

As we discuss above, Yu-Gi-Oh: Go Rush is in the final discussion phase and will release very soon. But thanks to creators, they saved us all from the waiting loop and revealed the release date prior. Yu-Gi-Oh: Go Rush is all set to premiere on 22 April 2022. This is the first time we will witness an alien in the role of a major protagonist.

Not only the release date but the studio, as well as the major cast, have also been revealed for the upcoming anime. The anime will be produced by the Bridge Studio, which also developed the previous Yu-Gi-Oh seasons. The director will be Nobuhiro Kondo and  Naoto Hashimoto as an assistant-director. Hiroshi Yamamoto took charge as a sound director and Toshimitsu Takeuchi as compositional director. Kazuko Tadano and Hiromi Matsushita took charge of Character Designing while Masahiro Hikokubo is working on the dual layout. Yudias will be voiced by Arthur Lounsbery, Zwijo will be voiced by Takuya Eguchi, Yuama will be voiced by Koko Fukushima, and Yuhi will be voiced by Toshiki Kumagai.

We are delighted to announce that the anime is not the only thing that gets revealed by the official sources but certain other products of Yu-Gi-Oh sum up the announcement. Yu-Gi-Oh: Master Duel, a video game that allows us to play trading cards digitally, is all set to get released this winter season.

Where To Watch Yu-Gi-Oh?

As we need to wait a little longer for the new Yu-Gi-Oh, we ease this wait time by watching old Yu-Gi-Oh seasons. The best platform to watch Yu-Gi-Oh is Crunchyroll. This platform allows us to watch anime legally with the highest quality possible. Not just Yu-Gi-Oh, but you get access to thousands of other shows on your single subscription, which is a win-win thing. The best thing about Crunchyroll is, it supports ad-supported content. This means you can watch your favorite show free of cost with ads of standard quality. We at Otakukart only promote legal sites to watch anime as it helps creators financially and motivates them to continue doing the good work.

Also Read: Will Spike Spiegel Die In Cowboy Bebop? The Fate Of The Former Member Of Red Dragon Syndicate