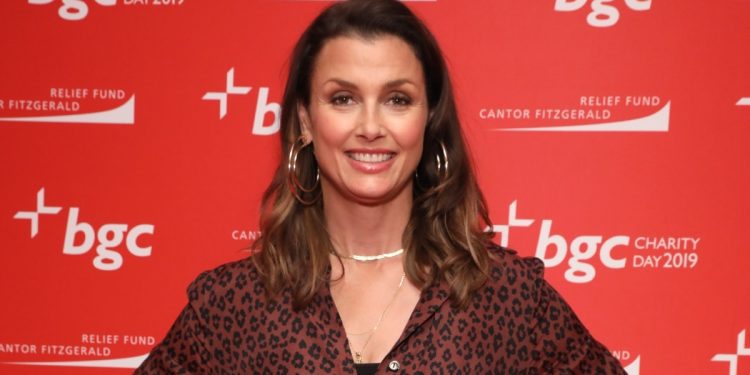 What do we know about Bridget Moynahan’s Net Worth and her extensive career? Popular actress Bridget Moynahan recently gave fans a pleasant surprise with her return on the SATC reboot! Bridget bagged her first big breakthrough role as Erin Reagan in the police drama Blue Bloods. Fans also remembered her as Natasha as the actress who played a recurring role in the iconic series Sex and The City.

She later also starred in the ABC series Six Degrees. However, the show’s span was a bit short-lived. Moynahan later made a small appearance in John Wick and the following sequel as well. The actress later starred in the multi starrer film The Sum of All Fears alongside Morgan Freeman and Ben Affleck. The film grossed $193 million at the box office! While the actress and her flat shoes in the HBO Max reboot are creating a buzz around, let us know all about the star’s career and net worth.

What Is Bridget Moynahan’s Net Worth?

Bridget Moynahan’s net worth is estimated to be something around $25 million. From a very young age of 18, Bridget thrived in the modeling industry while posing for big magazines, including Vogue Paris and Elle. While she admitted that her modeling career was a huge success and it paid a lot of money, she had to look out for acting jobs as well. Bridget Moynahan had a recurring role in Sex and The City until her character got a divorce from Mr. Big.

Apart from the small screen industry, Bridget also grabbed eyeballs in her feature film debut in comedy-drama Coyote Ugly as Rachel. The movie was a huge commercial success and amassed a whopping $133 million worldwide. She also starred as Hally in a popular movie, Serendipity.

Bridget Moynahan Opens Up About Her SATC Reboot Return

While Bridget Moynahan’s character did not quite have a happy ending in the original series, fans were delighted to see her back in the reboot. While Carrie and Natasha never had a cordial relationship, viewers were curious to know why Natasha is back after all these years! Bridget Moynahan, who plays Natasha, admitted that she was delighted to get the role for her return. Take some fashion tips from the ever-so-classy Natasha! Don’t miss out on her much-awaited return in the newly released reboot. Have a look.

When asked about Big’s death in the story, Bridget explained that it made sense as she believes it represented a part of the lives of women and men of a certain age. The actress was also happy how her character got closure in the story and ultimately got everything she ever hoped for. While she was cheated on by Big, she took the high road and understood how he was in love with Carrie all along. Ultimately things worked out for all, and Bridget feels like it was a nice close for them, and the two women finally showed grace and growth.

The Actress Was Almost Going To Lose Out On SATC Project!

Bridget Moynahan made a shocking revelation in an interview about how she was losing out on her role as Natasha Naginsky in the SATC series. She had three auditions booked for the same day. She explained that her Sex and the City audition seemed the least involved. The actress recently did not disclose much when asked about co-star Chris North’s sexual assault allegations. Bridget explained that she should not comment on something that she is not fully aware of.

The actress revealed how she walked into the audition with just one prepared line, while the other two auditions had included full scenes. It was her agent who finally convinced her to stay, and she is so thankful that she did. The actress has stated that her story in the HBO reboot is over for now. However, fans are pretty much convinced that there’s more to Natasha’s story. Are we going to see her in the coming episodes? Will we ever know why Big left her such a big amount? These questions need to be answered!

Also Read: Is Bridget Moynahan & Tom Brady Married? A Throwback to Their Relationship