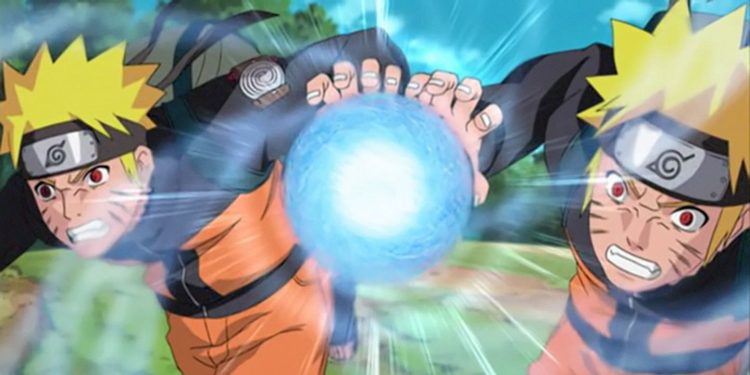 What episode does Naruto learn Rasengan? Here we go again with more spoilers. This time it’s about Naruto and his Rasengan abilities. Who taught him to do Rasengan? When did he learn to do Rasengan? What episode did Naruto learn to do Rasengan? All these questions will be answered in this article. So, make sure you read till the end to get every last drop of the information regarding this. Sure, you are here, after learning about Naruto being very strong, however, it is just the beginning. You have a long way to go to discover the underlying strength of your favorite character Naruto.

The whole series of Naruto is one of the most popular anime and manga series till now. The series is a pure epic and covers the genre of Ninja. The manga of Naruto was written and illustrated by Masashi Kishimoto. The manga was released back in 1999, and after that, an anime adaption of the manga was released in 2002. Initially, both anime and manga series were realized under the name Naruto, later it was renewed with a new season named Naruto Shippuden and Boruto: Naruto Next Generation. The whole series of Naruto contains 500 episodes and still going on with Boruto.

ALSO READ: Will Nagato Die in Naruto? All about Pain’s Last Battle in Naruto Shippuden!

Naruto or Naruto Uzumaki is the protagonist of the series Naruto. He is a shinobi of Konohagakure’s Uzumaki Clan. Naruto is simply referred to as the most powerful shinobi of the series. Of course, when he was a kid, his powers were not that defined and still subjected to improvement. However, as the series progressed, his powers increased gradually along with this, he had great character development. Soon he was titled the Hero of the Hidden Leaf. Due to him being an immense source of power, Konoha village was able to win the Fourth Shinobi World war. Throughout his life journey, he faced many difficulties and intense training that helped him to develop and become the Hokage of Konoha.

As we mentioned above, that he has gone through so much intense training that was needed to learn new skills and techniques. One of the most noticeable techniques is the ‘Rasengan’. Yes, the main question of the whole article. What episode did he learn to do Rasengan? So, first of all, what is Rasengan? Rasengan is a special ability that shinobis gain upon practicing. It is a spinning ball of Chakra that is formed with the palms of your hands. However, it is not easy as it seems. If one wanted to do Rasengan, he has to concentrate his Chakra on his palm and then form it in the shape of a ball. This needs a high level of concentration along with long and intense practices. This made it almost rare for all the shinobis to do so.

So, the question is, how did Naruto manage to master Rasengan? and who was the trainer of Naruto? Of course, Kakashi being their mentor from day 1, it as to be Kakashi, right? But no, my people, it was Jiraya who trained him to do Rasengan.

What episode does Naruto learn Rasengan?

Naruto managed to master Rasengan by spending his Blood, Sweat, and Tears. Perverted Sage Jiraya seems very fun-loving, but plans some toughest training regimes. To teach him this technique, Jiraya asked Naruto to spin the Chakra very fast. Fast enough to pop a water balloon, which was quite challenging for the initial stage. As the second step, Jiraya asked Naruto to concentrate his Chakra and pop the rubber ball. The challenges are increasing, I see. Although it was very difficult for Naruto to even pop the water balloon, he managed to learn Rasengan.

In episode 86, titled “A New Training Begins” of anime and chapter 167 of manga, Naruto, for the very first time made the Rasengan. However, he didn’t master it yet. After practicing another eight episodes, Naruto completely displayed his newly learned ability in episode 96, which was titled “Attack”.

Even though Naruto was not able to do Rasengan initially, he tried and worked really hard to make it happen. This is one of the personality traits of our protagonist – Naruto Uzumaki. Naruto being super hardworking, dedicated, and stubborn, makes him the favorite character of the viewers. Through this character, Kishimoto managed to give this inspiration to never give up and keep chasing your dreams.

For the streaming details, you can watch the complete series of Naruto on Crunchyroll and can read the manga of Viz Media.

ALSO READ: In What Episode Does Hinata Kiss Naruto?

X Drake vs Zoro In Episode 1003 of One Piece