What Anime is Hiei From? Everything To Know 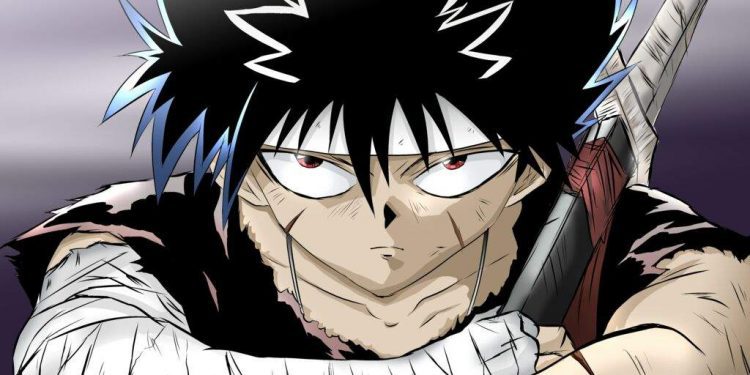 What anime is Hiei from? It is a good question because Hiei is the character of one of the most popular anime of all time. But before talking about the name of the anime. We should know who Hiei is? Then we shall discuss where he came from and about his appearance and personality. So stay here till the end of the article so that you can find the answer which you are looking for.

Hiei is one of the main characters of the anime. People also called him Jaganshi Hiei. He is the master of the evil eye, which denotes his identity. Hiei is the demon child who was born from an ice angel. He is one of the strongest characters who was never defeated during the Dark Tournament.

Hiei has a special eye known as Jagan Eye, which helps him to turn into a monster that has eyes all over his body. He became invincible to beat in the hand-to-hand battle. He is also known as Cursed Child that makes it difficult to chew the fact, but he is not an antagonist. Hiei is the most popular and fan-favorite character during 1991-1994. He got the highest vote for his representation by the author.

What Anime is Hiei from?

Yusuke died when he was trying to save a child from a car, and in the afterlife, he got the name Spirit Detective from his companions. He got cases to solve, and here is where the journey begins with his friends Hiei, Kurama, and Kuwabara. As the story progressed with time, YuYu Hakusho became more fighting-oriented than a detective story.

YuYu Hakusho got a decent amount of audience because of its popularity. The anime series of YuYu Hakusho won an ‘Anime Grand Prix’ award for being the most favorite anime in 1994-95. The decision for adaption in anime series was taken after record-breaking selling of around 50 Million copies only in Japan.

The smallest of the lead actors is Hiei. Considering his diminutive stature, he boasts a thin, toned frame. His Jagan Eye, which is positioned on his forehead and features a violet iris, is hidden by a pale bandana. His eyes are scarlet, sharp, and little tilted, providing him a malevolent appearance towards the start of this season. He has pointy dark hair featuring white marks and blue highlighting. His skin tone is a natural golden sunburn.

He prefers to wear only dark outfits. He is dressed in a shiny black robe blazer, dark trousers, and combat boots. Underneath his blazer, he has on a dark dress shirt. He is the only one of the four central figures in the show who does not alter his basic ‘clothing’. Only one time he did so was at the outset of the Dark Tournament when he donned a light-colored Asian fighting outfit. He always has a katana slung behind his rear.

He retained his forearm bound in wraps and restraints until taming the Dragon of the Darkness Flame to prevent the creature from fleeing. A dragon tattoo now highlights the arm and is revealed when the wraps are stripped away after acquiring absolute control of it.

Hiei tries to keep his space from people. Therefore, he looks distant and cold. He has a pessimistic, even nihilistic worldview, frequently ridiculing and insulting living beings and their feelings, as well as the importance they set on companionship and life. And, despite his reserved demeanor, he periodically quarrels with and abuses his comrades. He has tremendous respect and affection for his buddies.

When it refers to his opponents, Hiei is a fairly neutral warrior. He treats his opponents with the same ferocity, regardless of their age or species. When he’s with Yukina, on the other hand, he’s surprisingly sincere, caring, and watchful. Hiei likes to act on his own accord and, even as a low-rank demon, had a public image for being a mass murderer in Demon Universe.

Hiei is ruthless in combat, hardly employing any plan and rushing in with a “hold zero hostages” approach, frequently crushing his adversaries with sheer strength and unmatched quickness. He prefers to use his katana to rapidly eliminate lower adversaries at small distances, but if he regards his adversary as a formidable adversary or desires to eliminate a huge number of targets in one go, he will employ his formidable demonic fire manipulation techniques.

Where can you watch YuYu Hakusho?

After learning every important thing about Hiei and YuYu Hakusho, you guys must be curious to watch the anime series. So here are some websites where you can watch all the episodes of YuYu Hakusho – Hulu, FUNimation, Netflix, Crunchyroll.