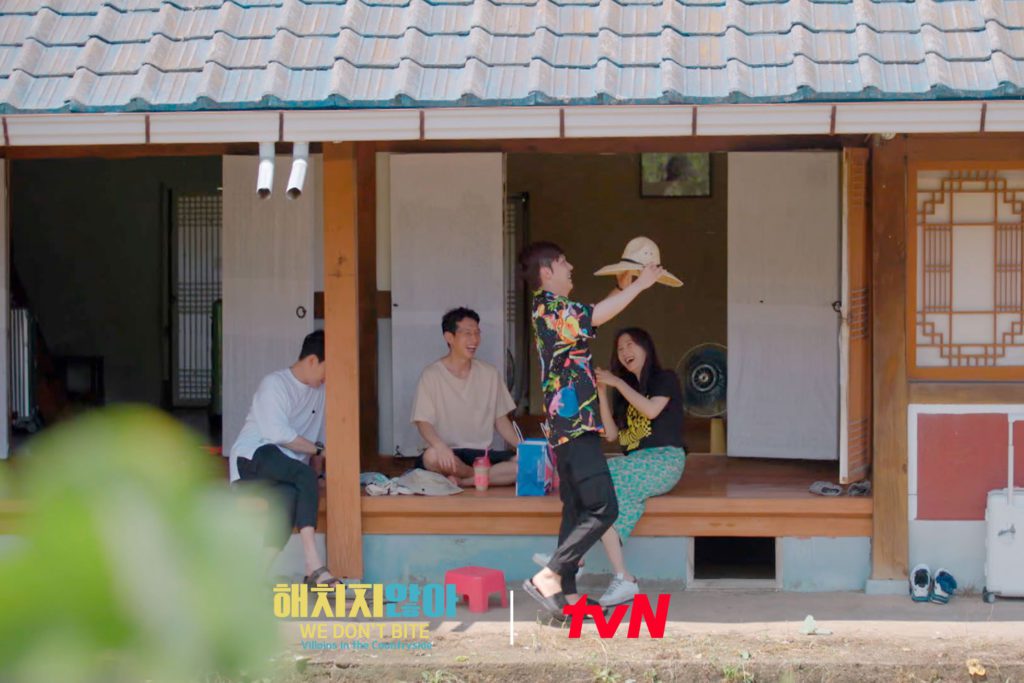 A still from We Don't Bite: Villains in the Countryside Episode 2

It has been more than a month since Penthouse season 3 has come to an end. And fans are already missing their favorite characters. It has been a long journey for the actors too. With continuous three seasons, so many fights, screaming, killing, and conspiring. That even they needed to take a break. So the actors Uhm Ki Joon, Bong Tae Gyu, and Yoon Jong Hoon, who is popularly known as Ju Dan Tae, Lee Gyu Jin, and Ha Yun Cheol. The villain besties from the show decide to go on a vacation, as they are on a runway. With episode 3 of “We Don’t Bite: Villains in the Countryside” on the way, here is every update you need till now.

Driving to the countryside, the villains arrive at an abandoned house. As they find that literally nothing is working in the house, they go on to set up the house and make it livable. Going to sleep dead tired, nothing can wake them up in the morning, except the announcement from the production team about their to-do list. Jong Hoon is the first one to wake up, followed by Ki Joon. While Tae Gyu is still in bed, asking not to be disturbed. As Tae Gyu gets a call from his wife, even she laughs at him hearing his tired voice. 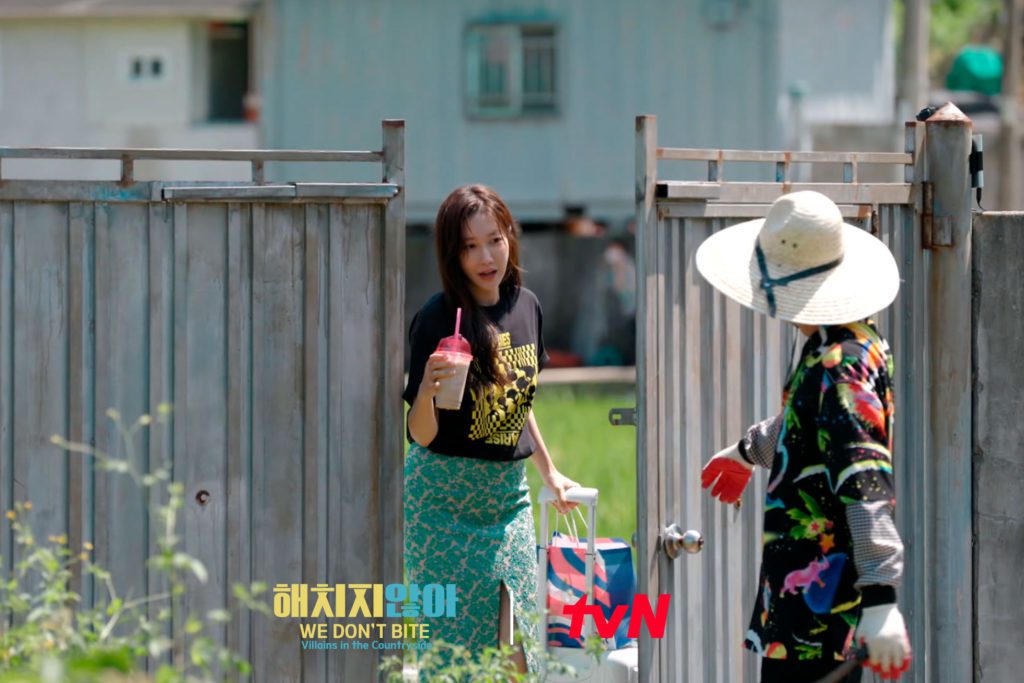 A still from “We Don’t Bite: Villains in the Countryside” Episode 2

Jong Hoon goes on to prepare breakfast while the other guys are setting up a table outside. Having no rice in the breakfast, they sadly eat their eggs, tofu, and kimchi. They have a lot of work on their hands, as they have to take the weeds out. And get the place ready for the upcoming guests. As they call Ji Ah to ask at what time she will arrive, they joke about how hard it is to arrive here. As Ji Ah, aka Sim Su Ryeon, is on her way, Ki Joon got his inner Joo Dan Tae out and started getting ready for the day. They start by clearing out the front lawn from weeds. As they are almost done, Ji Ah arrives too, with her stuff, planning to stay.

As she arrives, they go on to shop for groceries in her car. By night they prepare dinner, two more guests arrive at the place. Making Joo Dan Tae’s family complete, Han Ji Hyun aka Ju Seok Kyung and Kim Young Dae aka Ju Seok Hoon join them. Looking at their on-screen parents, they scream with happiness and run inside. As family phone calls happened the next morning, the elders and the kids sat together to eat breakfast that looked delicious. Moving on to the day, as they work on doing more chores, they also sit around joking. After another trip to the grocery store, the elders get ready to prepare dinner. Going the old-fashioned way, they cooked the rice in the cauldron. Another night with a delicious dinner, with a whole lot of Penthouse and general life talks. 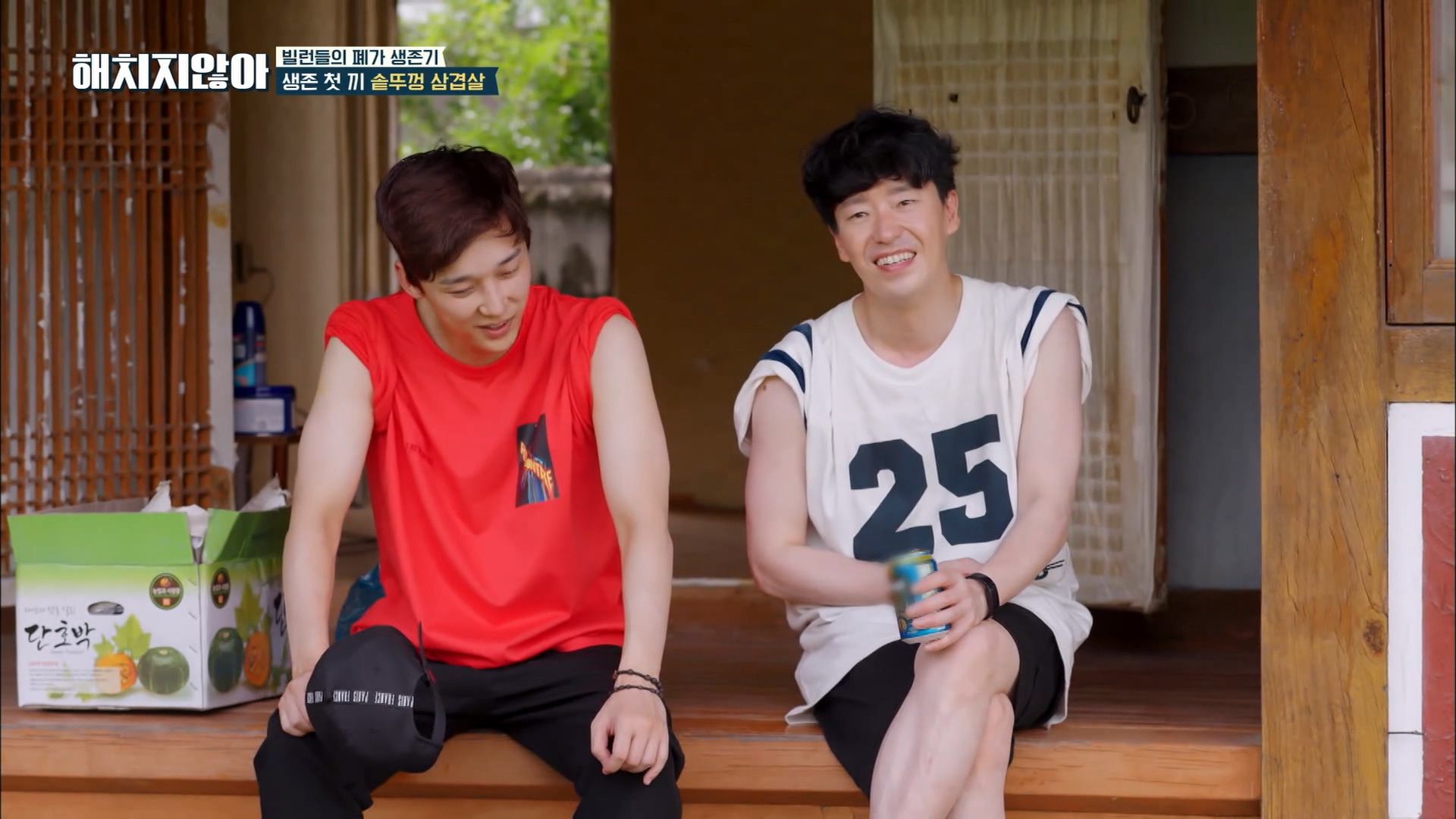 A still from “We Don’t Bite: Villains in the Countryside”

We Don’t Bite: Villains in the Countryside Episode 3 Release Date

We Don’t Bite: Villains in the Countryside Episode 3 will release on October 12, 2021, at 5:20 pm KST. The upcoming episode will be available to watch on the online streaming service Viu and Tvn. Together with Uhm Ki Joon, Bong Tae Gyu, and Yoon Jong Hoon, Ji Ah is making her famous blue crab soup. With everything going on alright, she asks Ki Joon to aks some chili powder in the soup. And he goes on to add too much, making the dish hard to eat. As adding water to the soup won’t really make a difference, Ji Ah will have to improvise with her dish.

On the other side, the three villains go on to fix their house to make it more livable when Park Ki Joon decides to come and crash at their place. Two more guests, Kim So Yeon aka Cheon Seo Jin and Choi Ye Bin aka Ha Eun Byeol, are waiting to join the party.