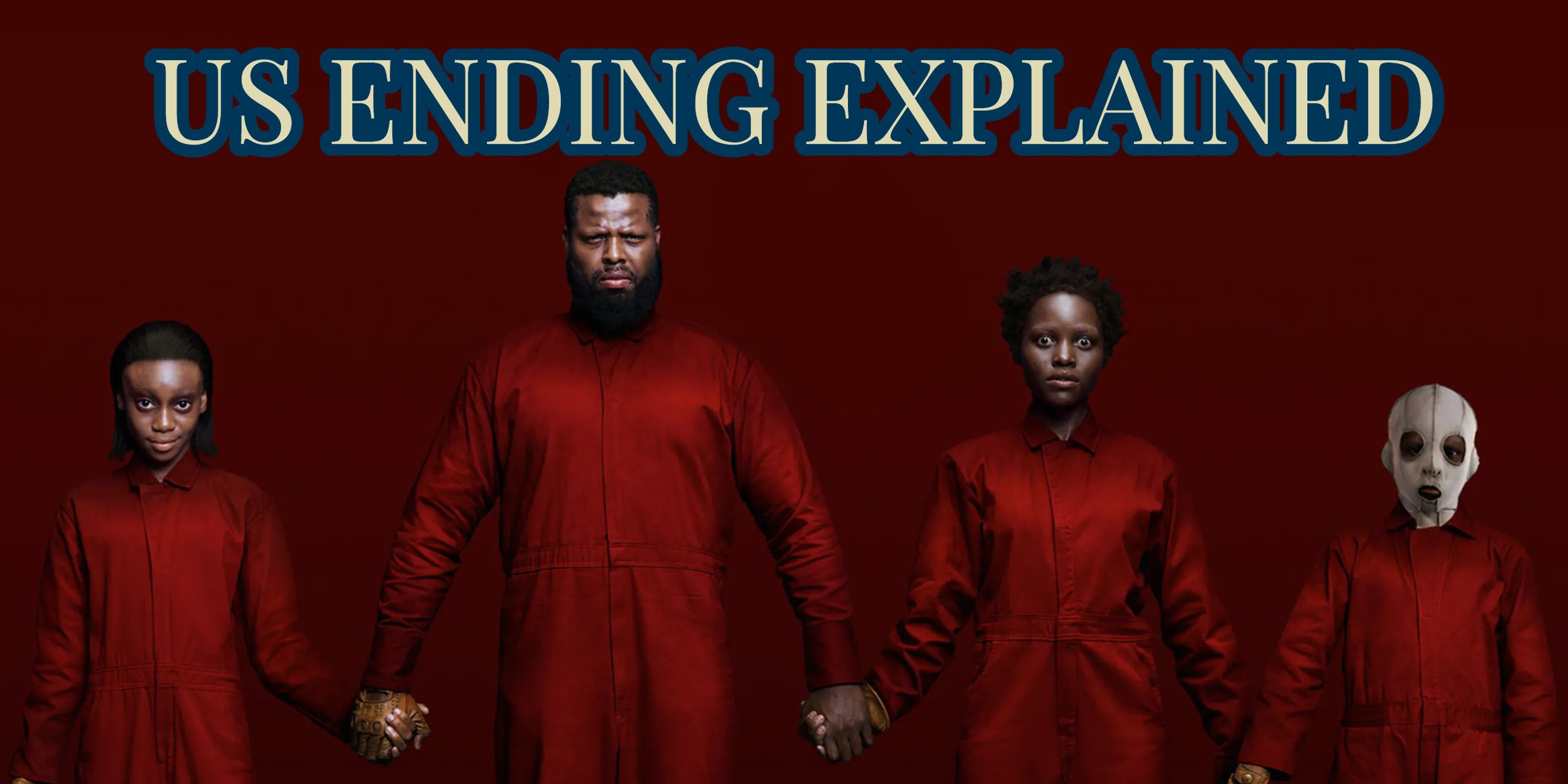 Viewers can sometimes have difficulty understanding the ending of a film. Moreover, they need to read something or view something to fully comprehend the ending. Therefore, we will look at one of these movies’ endings, as the article title suggests. In this article, we will discuss everything you need to know about the movie “US”. In addition, the ending of the movie “US” will be described. The horror film US is a 2019 American production. The movie was written and directed by Jordan Peele. In addition, the movie has an impressive cast. The actors include Lupita Nyong’o, Winston Duke, Elisabeth Moss, and Tim Heidecker. The plot of the film revolves around Adelaide Wilson (Nyong’o) and her family. Meanwhile, they are attacked by a group of terrifying doppelgängers.

In February 2018, it was announced that the project would commence. In the months that followed, many of the cast members joined. The film was produced by Peele, James Blum, and Sean McKittrick. Moreover, the trio previously worked together on the films Get Out and BlacKkKlansman. Ian Cooper is also part of the production team. Filming took place in California between July and October 2018. Furthermore, the majority of the film was shot in Los Angeles, Pasadena, and Santa Cruz.

A world premiere for US took place at South by Southwest on March 8, 2019. In addition, it was theatrically released by Universal Pictures on March 22, 2019. ‘The movie has been an overwhelming success, both critically and commercially. An approximate budget of $20 million resulted in worldwide box office revenue of $255 million. As well as the film’s screenplay, Peele’s direction was appreciated. Watchers and critics also praised Nyong’o’s performance as well as the musical score. 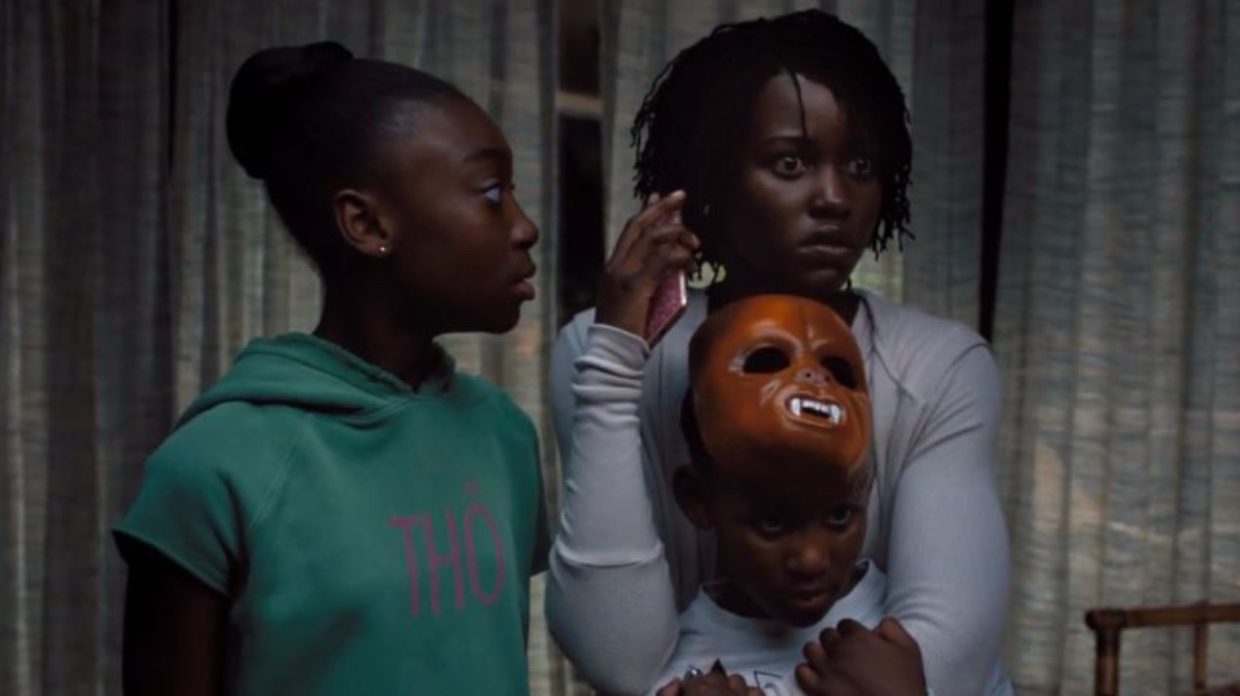 An excerpt from the US

The Plot Of The Series

The movie “US” begins in 1986 with a young girl. During the night, she and her parents wandered along the Santa Cruz boardwalk. Further, she separates herself from them to watch a flock of thunderclouds roll in as she walks out on the beach. She notices something right off the main pier that catches her attention. Then she walks into the hall of mirrors, where she discovers something frightening. That is her doppelgänger. Toward the moment of the movie’s first shift to the present day, the Wilson family begins to head towards their vacation home while Janelle Monae is listening to the radio.

That little girl is now an adult woman named Adelaide (Lupita Nyong’o). Further, she is still apprehensive about returning to that beach spot in Santa Cruz. Gabe (Winston Duke), her husband, thinks she is overreacting. However, he is trying to make her feel comfortable so they can take their children to the beach, Zora (Shahadi Wright Joseph) and Jason (EvanAlex). As well as catching up with the Tylers (Elisabeth Moss and Tim Heidecker) and their twin daughters, he wants to meet up with old friends there. In the aftermath of a scary experience on the beach and a few odd coincidences, they retreat to their homes. They wanted a peaceful night in. However, the peace of their home was disallowed by a most unusual set of trespassers: their doppelgänger family members.

Viewers are informed at the beginning of the movie that the doubles are incapable of functioning as human beings. Since the government could not replicate a soul in the doubles, they are non-sentient. There is also the claim that the double cannot replicate the soul since it’s a luxury that’s earned. Additionally, Adelaide is said to have been replaced at an early age by Red. Consequently, in the film, the double became like what she appears to be. It is impossible for other doubles to live as long as Red because they cannot kill and replace the original body.

It is also shown that Red exchanged her soul with Adelaide, although she did not get it back. The fact that Red was double also means that she cannot adapt to life on the surface. In the film, Red does not participate in dance, cannot discover love, and cannot belong to a family, indicating that she is a double. Meanwhile, Adelaide has been underground for decades and has turned crazy. As a result of her craziness, she assembles a murderous uprising of the doubles.

An excerpt from the US

Also Read:  ‘No One Gets Out Alive’ Ending Explained: What Was The Horror Movie About?