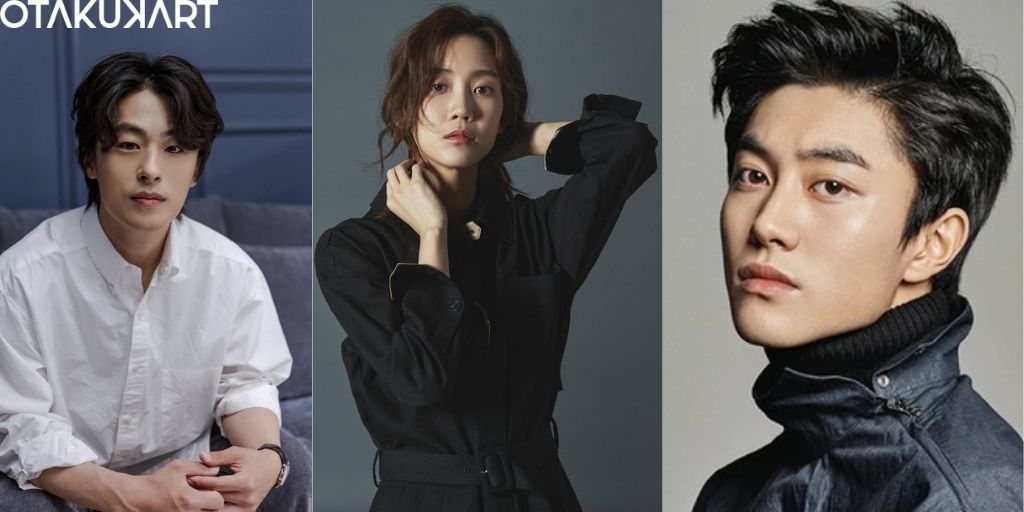 With every new poster release, throwing on the audience heavy, eerie vibes, the TVING production team has finally revealed the most awaited main poster of their upcoming drama ‘Monstrous’.

We’ve always heard people saying not to let negativity sink in you, for the more it sinks, the lesser control you have over your body. And as per some evident studies, the more you lose control over your body, the more it’s to be taken by some evil spirit. Even if we as the audience choose not to believe in supernatural phenomena, we cannot deny the fact that ‘beliefs’ are exactly what we live on. If we cease to exist, believing miracles happen with the will of God. It’s not completely fictional to believe something like a devil too exists, no? Thus, to deliver you the wrath of awakening a spirit. A short Korean drama, ‘Monstrous,’ is all set to be released in the last week of this month.

The drama is expected to revolve around the lives of a couple who are no longer together, for they lost their only child in some tragic accident. Was it their passion for working on supernatural phenomena that caused the accident? Or it was a usual accidental death. Continue waiting for the show to find out.

‘Monstrous’: A Glimpse Of The Previously Released Posters!

Simply by revealing a small number of details through the posters, the production team has successfully made an impression on the audience. With the release of each new poster, they have been hinting toward the sinister aura that’ll follow you throughout the drama. Are you ready to be a part of it?

As of now, TVING has released two posters that have piqued the interests of fans. The very first poster of ‘Monstrous’ had our eyes locked on it, for it had a buddha statue, a religious leader, yet it was assumed to be a token of death. Why? And how can an evil creature be attached to a holy figure? 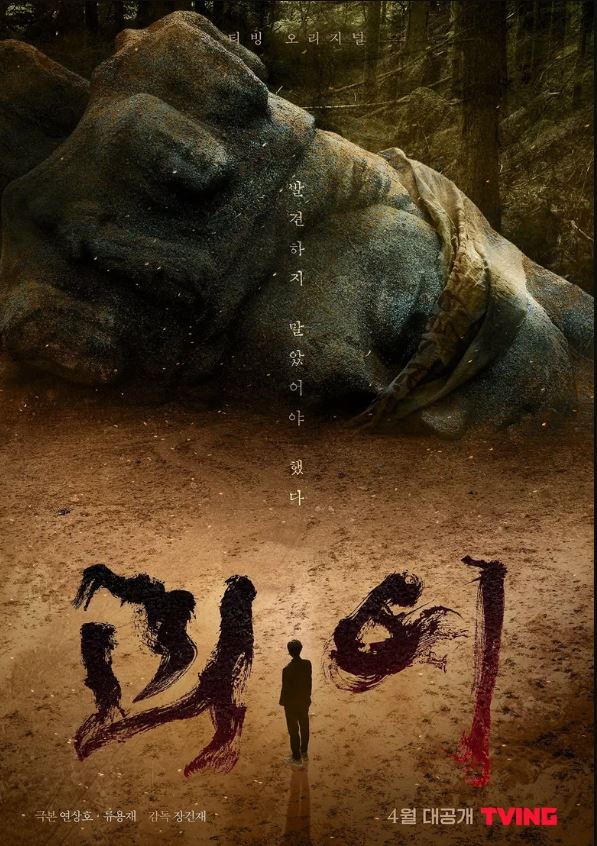 Furthermore, the teaser poster was also quoted by probably one of the main leads (silhouetted figure) as ‘I shouldn’t have done it.’ So, to the audience, the first impression delivered as the narrative might be built around the ‘gwibul,’ a Buddhist statue possessed by an evil demon.

But if we as the audience could conclude the plot so well with just one teaser, we all probably would be great writers. And as for the shows and movies releasing, they’ll be piling up with the lowest ratings possible, right? So, slow down a little with your, of course, very important assumptions, our precious audience.

Coming back to the teasers, the next poster that was unveiled appeared to be based on the bad omen of birds. We as humans are more attached to myths than we’ll ever be to reality. Our superstitions get us ready for something worse that might happen rather than the cause or symptom of it. That exactly appeared to be the depiction of the poster. It showed two of our lead protagonists within a spooky place, along with a bunch of blackbirds.

Among those endless superstitions, there lies one about seeing 5-6 crows altogether, which apparently is an indication of the arrival of an incurable disease or an untimely death. It looks like our leads are in great trouble. 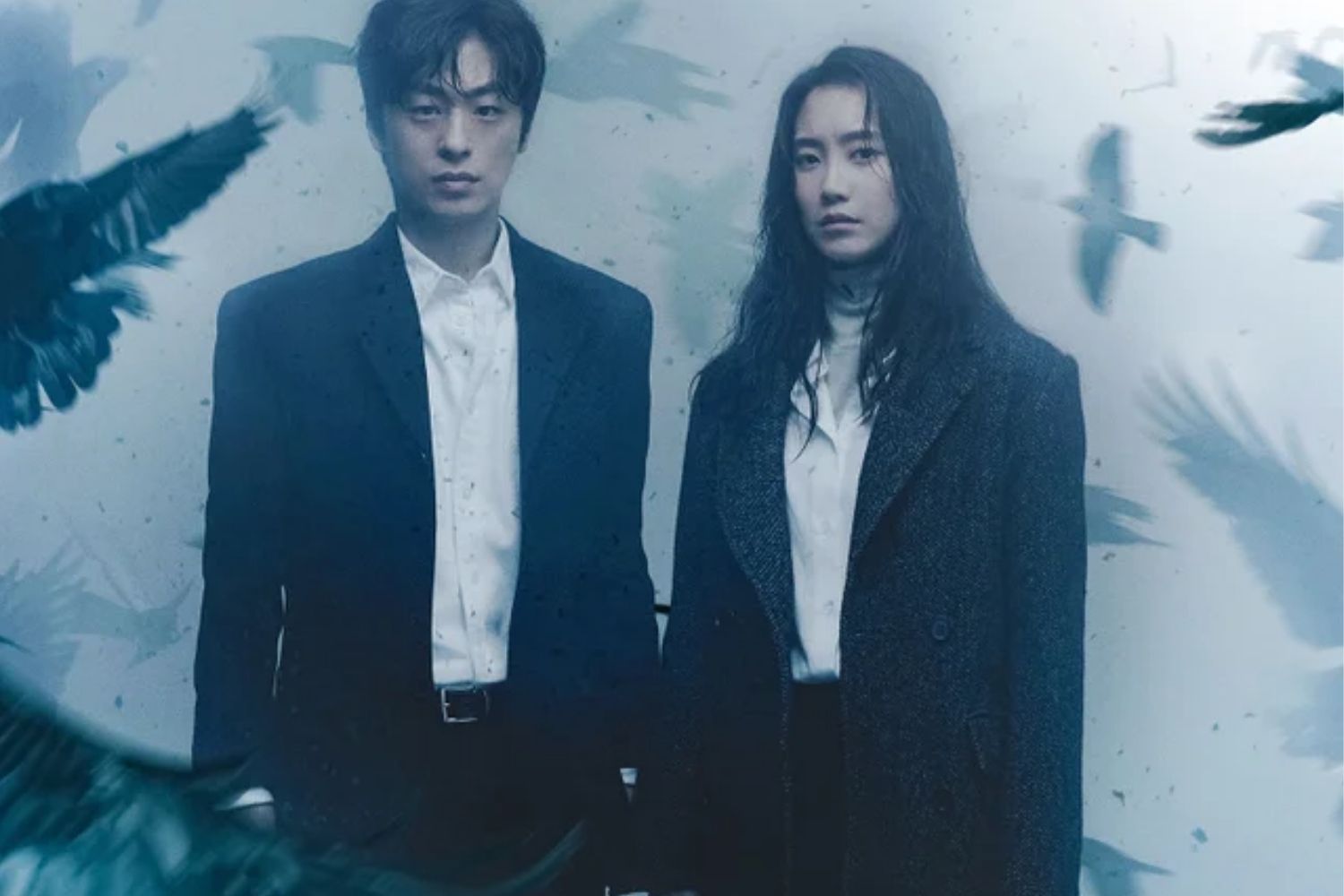 Now for the details, you’ve been reading all of it for; TVING has finally revealed their main poster on 5th April 2022. The poster has finally delivered you a glimpse of all the characters of Monstrous. All of them are probably going to be haunted by the evil creature that, for now, looks like the root on which the drama is based. As per the poster, they are all seemingly sucked in by the eerie Buddha statue. Will any of them survive this supernatural quest? 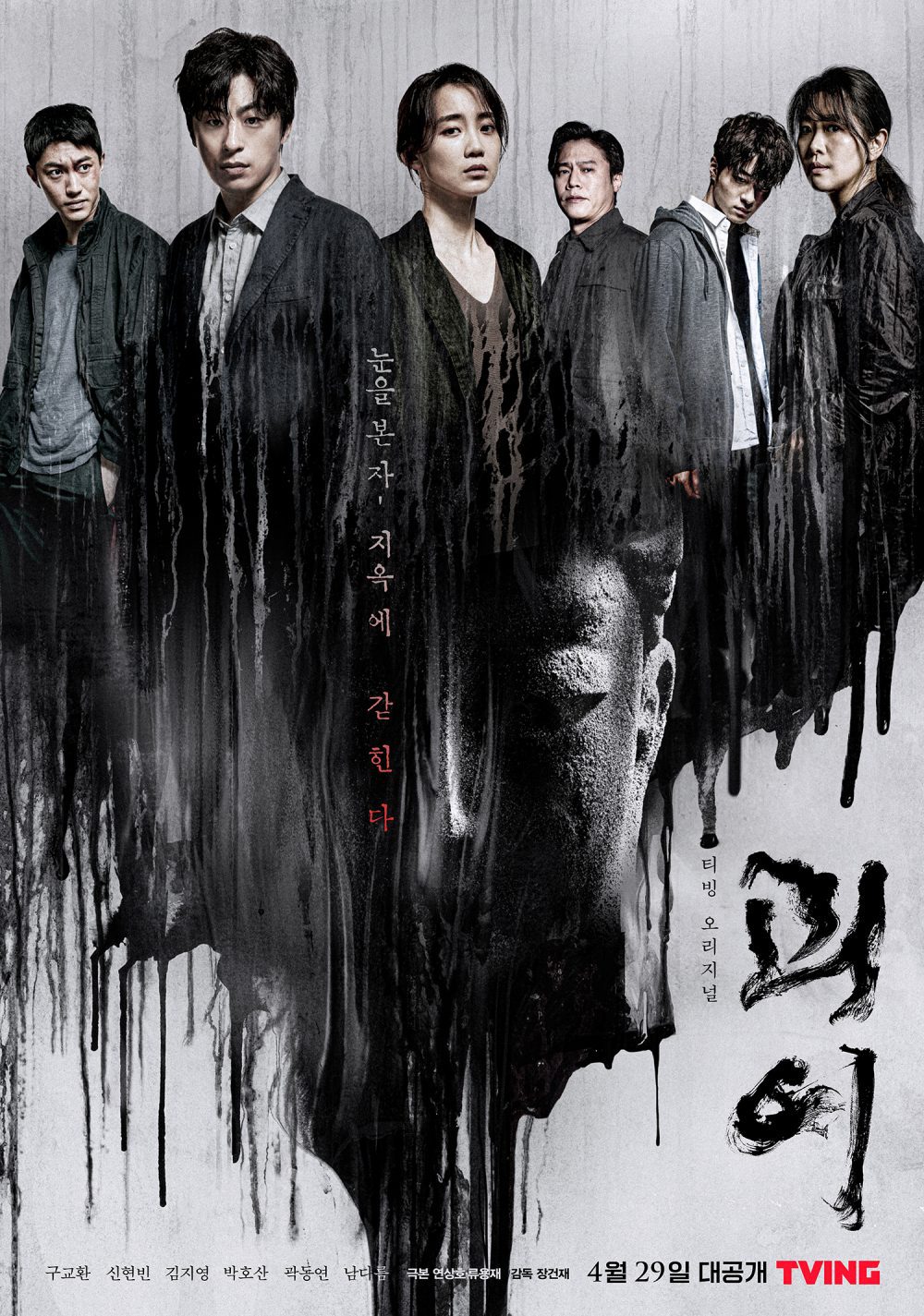 Where To Watch Monstrous?

The upcoming series will start airing on 29th April 2022 and will have a total of six episodes, each lasting 40 minutes. It will be broadcast exclusively on the OTT platform TVING.