If you like 'My Name' Netflix drama, we have a list of Top Han So Hee Dramas & Movies that you will enjoy watching. 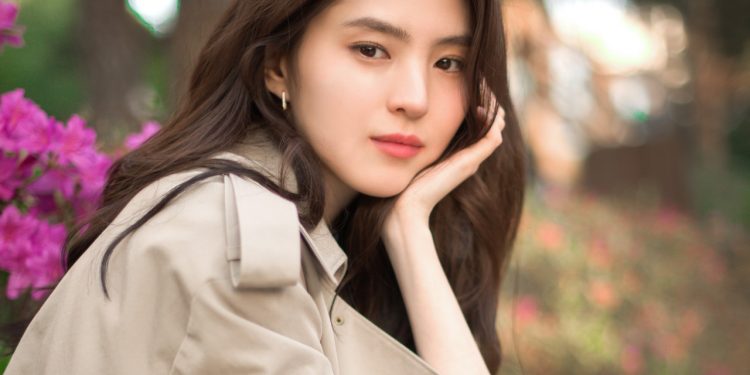 Han So Hee is one of the upcoming names in the South Korean entertainment industry. The actress started her career as a model and then went for acting. Starting out, she only played supporting characters in dramas like ‘Money Flower’, ‘Abyss’, and ‘100 Days My Prince. Even though the actress was appreciated for her skills, her real talent was recognized in the drama ‘The World of The Married’. In best Han So Hee dramas and movies, this is the first project the actress played a lead role in. The most famous co-actors Han So Hee has worked with are Park Hee-soon, Ahn Bo-Hyun, Song Kang, and Park Hae-Joon.

After her first lead role, the actress landed many acclaimed roles in projects like ‘Nevertheless’, and ‘My Name’. Moreover, talking about Han So Hee’s personal life, the actress was born on 18 November 1994. She has graduated high school from Ulsan High School of Arts. Other than this, the actress has been active in the industry since 2016 and has won many awards for her roles. The actress will be seen in the ‘K project’ in 2022. Let’s find out what the most popular Korean dramas and movies that Han So Hee has worked in.

The story is about a successful couple who marries young and loves each other very much. Ji Sun-woo is a medical doctor, and her husband Lee Tae-oh is an aspiring director. Sun-woo has always thought that her family is perfect, but when she finds out that her husband is having an affair, her glasshouse shatters. Han Soo Hee plays the role of Yeo Da-Kyung. She is the woman Tae-ho is having an affair with. The drama was broadcast by the jTBC channel in South Korea. Now people globally can watch ‘The World of The Married’ on the international streaming platform Netflix. The drama became so popular that it even got nominated at the APAN Star Awards, Baeksang Arts Awards, and Brand of the Year Awards.

The South Korean drama ‘My Name’ is an original Netflix series. Also, this is the second project in which Han So Hee has worked as a lead. The actress plays the role of Yoon Ji-woo, whose father is a gangster. When everyone finds out about this, her life becomes very hard. One day when her father comes to visit her, he is killed by an unidentified man. To get her revenge, Yoon Ji-woo takes the help of a powerful crime boss who was also her father’s friend. On the orders of Choi Mu-jin, Ji-Woo joins the police force and tries to find her father’s killer. She also helps the crime organization as a double agent. This is a highly recommended drama in Top Han So Hee Dramas and Movies list.

The story of this drama is very unique as it portrays the struggle of people who are in different positions in their lives. Yoo Na-bi is a Sculpture student at Hongseo University. Her last boyfriend not only emotionally abused her but also embarrassed her in front of everyone. Because of this, she lost her faith in love, but she still wishes to go out on dates.

Somehow, she meets Park Jae-eon, who is a flirtatious young man, and he thinks that commitments are bothersome. Their relationship hits many bumps before they realize their true feelings for each other. For the drama ‘Nevertheless,’ Han So Hee has won many awards. Also, it is one of the most-watched Kdrama in 2021. So if you are a fan of romantic dramas, make sure to add ‘Nevertheless’ to your watch list.

The story is based on a magical occurrence known as Abyss. It is a celestial matter or object that has the power to bring anything back to life. Go Se-Yeon is a very attractive attorney, and her friend Cha Min is rich but not very attractive. When both of them die, they are revived into different bodies.

The twist in the story is that once you have been reincarnated, your body’s appearance will be determined by how beautiful your soul is. After the reincarnation, Cha Min becomes very attractive whereas, Se-Yeon takes on a very plain look. Now they must work together to solve the mystery of who killed Go Se-Yeon. The actress Han So Hee plays the role of Jang Hee-jin, who is Cha Min’s fiancee. On the day of their wedding, she mysteriously disappears. This makes up for another mystery that Cha Min and Go Se-Yeon will have to solve.

The story is about the crown prince Lee Yul. One day the prince meets a fatal accident and loses his memories. As he suffers from amnesia, he thinks that he is a villager engaged to a poor girl. Even so, his behavior and way of talking remain of a nobleman. All the villagers are annoyed by this as they do not know that Na Won-deuk is actually the crown prince Lee Yul. While living a life of a commoner, the prince falls in love with Yoon Yi-Seo, who was once a noblewoman.

After the decline of her status, she started Joseon’s first all-solution agency to help the villagers. She is a strong and intelligent woman who cannot bear with nonsense. Her nature leads her into many arguments with Won-deuk. ‘100 Days My Prince’ is a beautiful historical drama that is worthy of being added to the Top Han So Hee Dramas and Movies list.

In the drama, Han So Hee plays the role of Kim So-Hye. She is the daughter of the crown princess and wife of Lee Yul’s wife. Even though she is married to the prince, she has feelings for Moo-Yeon. Being forced into a marriage, she finds comfort with Moo-Yeon and becomes pregnant with his child. This raises a big problem for her as she never shared a bed with Yul.

Kang Pil-Joo is the managing director at Cheong A Group, and he enjoys the status and respect as he is also the honorary chairman. He keeps his real name a secret from everyone as he has an anterior motive to work at the Cheong A Group. Pil-Joo and his family suffered horribly because of the Cheung A family, and to get revenge for it, he acts to pledge his loyalty to the family. Part of his plan is to make Na Mo-Hyun fall in love with Jang Boo-Cheon, but later we see that he is the one falling for her. The story portrays how the lives of everyone, as well as the future of the company, are tied by fate.

The story of ‘After the rain’ is about Bong-Gil, whose father runs a naengmyeon restaurant. He has made naengmyeon for over 70 years and has learned it to perfection. However, he is not satisfied with Bong-Gil’s naengmyeon-making skills. Dal-Jae keeps pressuring him into making naengmyeon, but Bong-Gil wants to break free from the restaurant as he is tired of making the same dish over and over again. One day a mysterious woman named Young-Ran arrives at the restaurant. She is silent and does not like trouble however, when she meets Bong-Gil, she starts to fall in love with him, which leads to ups and downs in the path.