The top 15 most popular K-pop girl groups and boy groups are curious topics, no? Since K-pop and K-drama have become a trend of today’s world. A large number of the world’s population is surfing on the wave called Hallyu (i.e., Korean Wave). The songs are getting more recognized by international audiences and even they are consuming the high spots on the Billboard charts. The most viewed, most streamed record-breaking sequels on various platforms are still going on and the language barrier is no more barrier now.

The world is gradually getting drawn to this trend and the idols who are making this happen are the hot topics these days. Moreover, everyone is curious about if their favorite girl groups, boy groups, or idols are hitting the top places on the most popular list. So, to dispel the curiosity, I am going to list down the top 15 most popular K-pop girl groups here. Besides that, you will get to know enough about every girl group mentioned in this list. So, let’s see who is hitting the top 15 spots on the list. 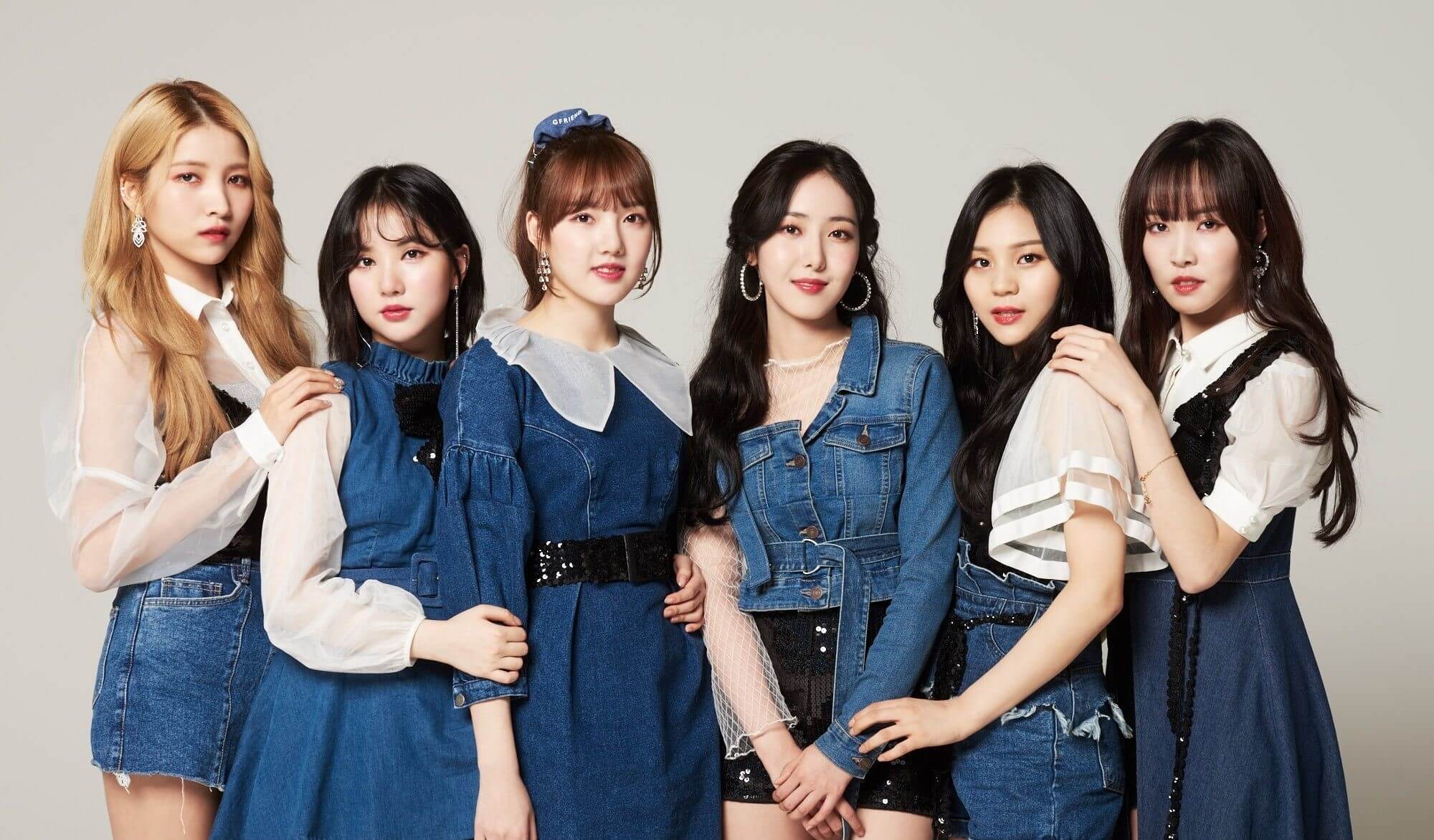 The girl group GFriend hits the 15th spot in the most popular list. GFriend is a South Korean girl group formed by Source Music. This girl group first debuted in 2015 with the extended play record- Season of Glass. They even won female rookie awards as soon as they entered the industry. This group has a total of six members- Sowon, Yerin, Eunha, Yuju, SinB, and Umji. Sowon is the leader, vocalist, and visual of the group GFriend and also the eldest in the group. Yerin is the lead dancer, vocalist, and face of the group, and Eunha is the lead vocalist of GFriend. Furthermore, Yuju is the main vocalist, SinB is the main dancer, vocalist, and center, and Umji is the maknae (the youngest in the group) and vocalist of the girl group GFriend. Their songs are available on Spotify, YouTube, and YouTube Music. 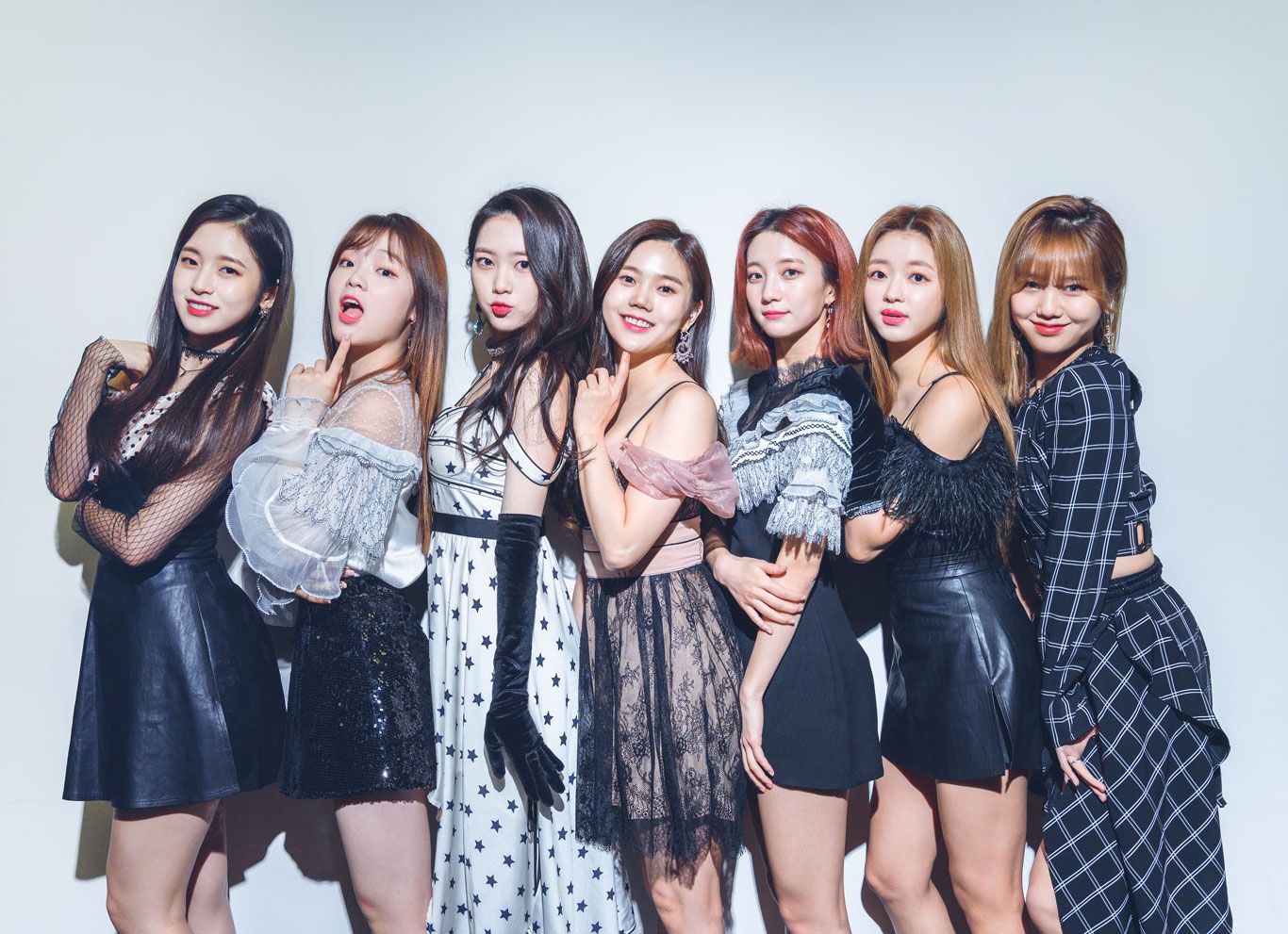 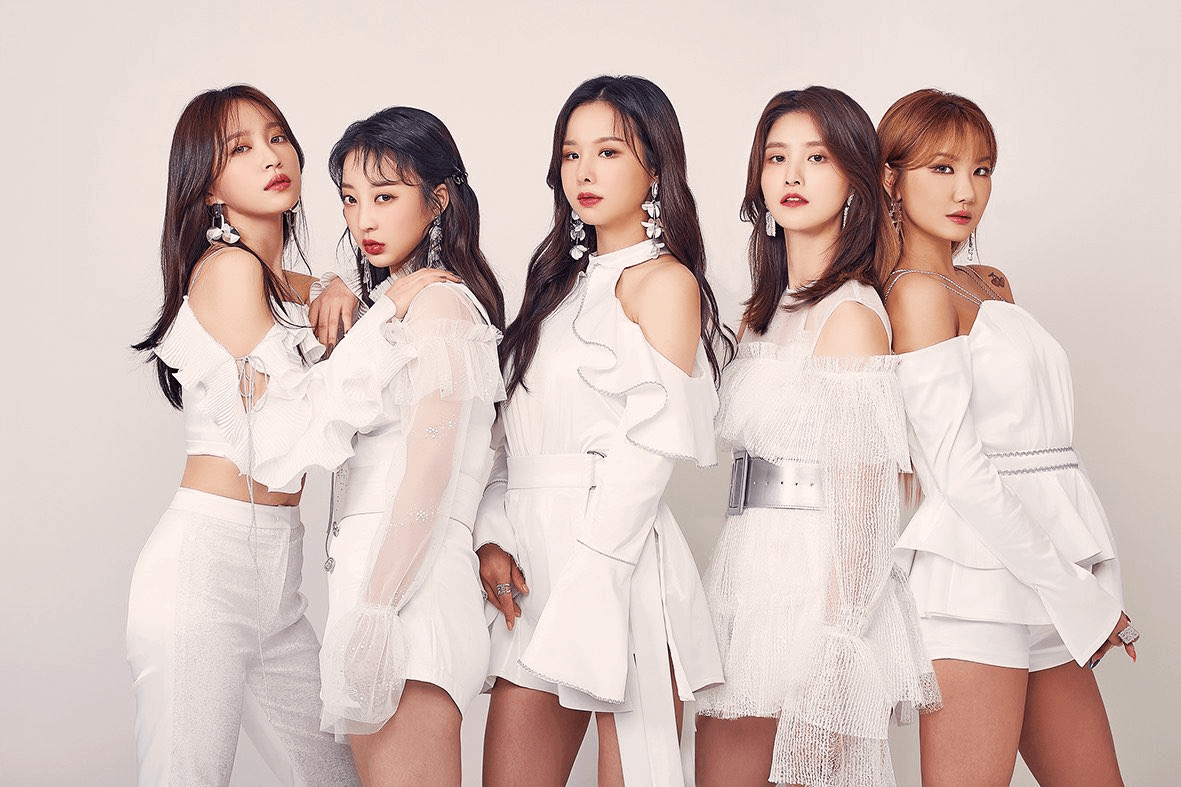 The group EXID is also one of the most popular K-pop girl groups in South Korea. EXID girl group formed back in 2012, which originally consisted of eight members. But, three of the members left the group, and currently, there are five members in the group. They first debuted in 2012 with the single Whoz That Girl but gained popularity in 2014 due to their hit song Up & Down. In this group, Solji is the leader and the main vocalist, LE is the main rapper and lead dancer, Hani is the lead vocalist, lead dancer, the face of the group, and visual. While on the other hand, Hyerin is the lead vocalist and Jeonghwa is the main dancer, lead rapper, sub vocalist, visual, and maknae (the youngest) of EXID. Listen to them on Spotify, YouTube, and YouTube Music. 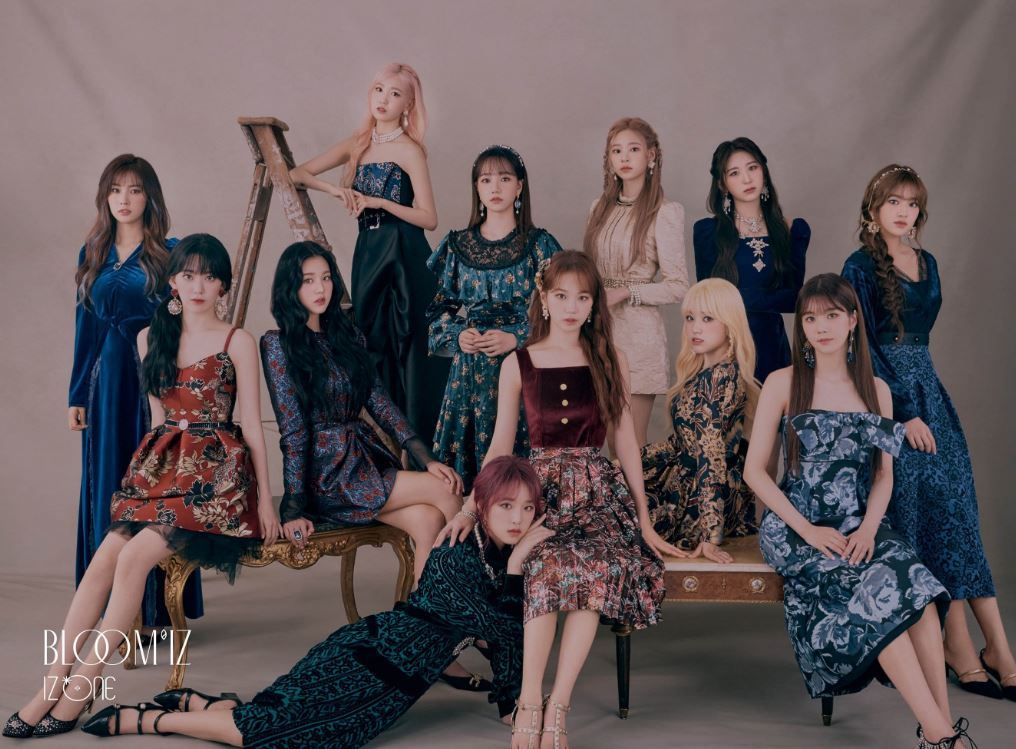 This girl group can not be excluded while counting the most popular girl groups. IZ*ONE first debuted in 2018 with their first extended play, Color*Iz. They received huge success from the start. This Japanese-South Korean group formed through a reality show, Produce 48, with twelve members in total. Talking about the positions of the members, Kwon Eun Bi is the leader, main dancer, and main vocalist; Sakura is sub vocalist, sub rapper, and visual; Hyewon is a lead rapper, sub vocalist, and visual; Yena is the main rapper, lead vocalist, and lead dancer; Chaeyeon is lead vocalist, main dancer, and lead rapper. 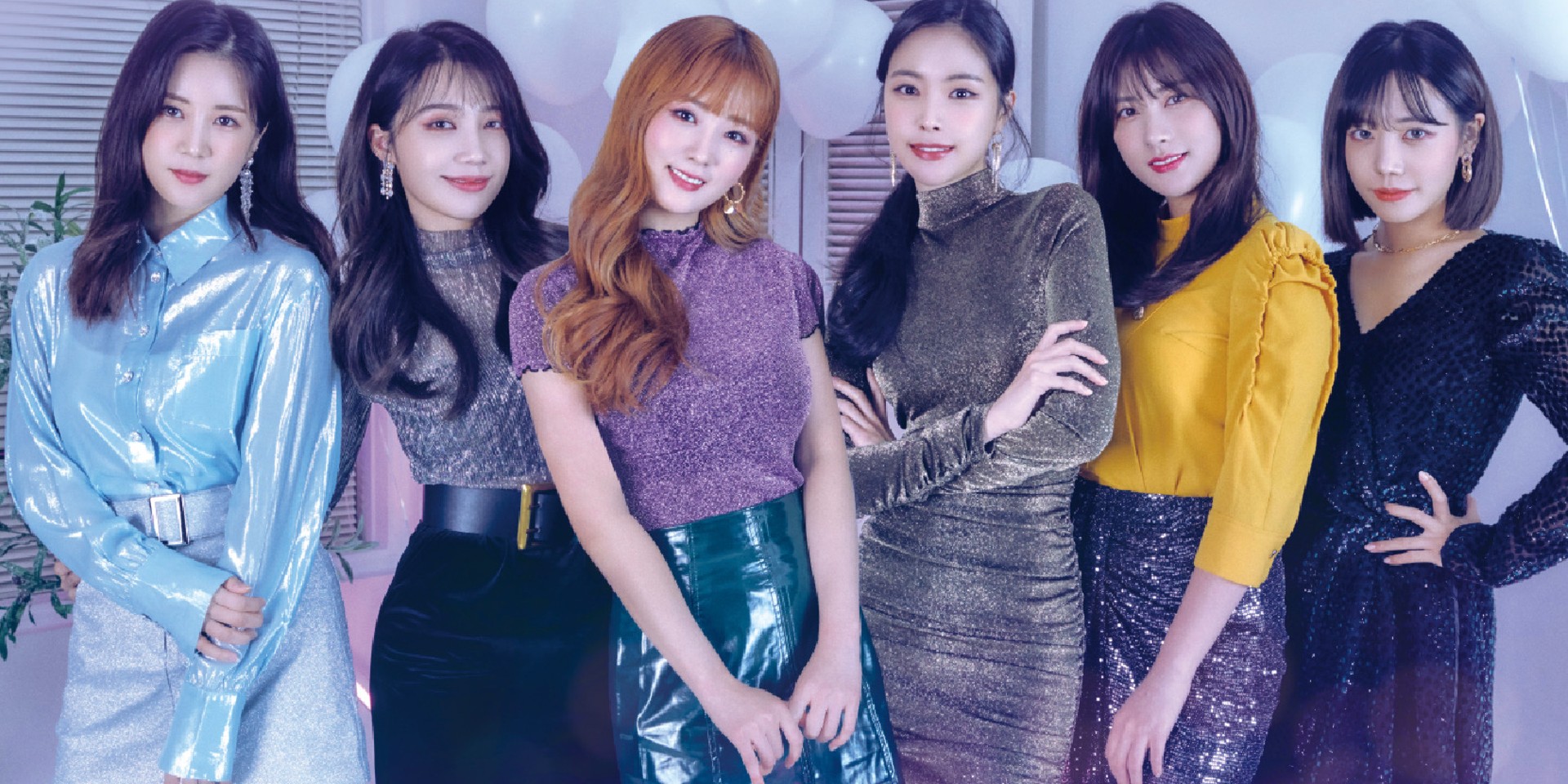 Likewise, the list goes on, and Apink steals the eleventh place. Apink is a group of six members formed by Play M Entertainment and first debuted in 2011 with their extended play Seven Springs of Apink. Later on, as they released more albums, the songs became more popular and successful. About the members, Chorong leads the group and is the lead dancer, vocalist, and rapper; Bomi is the lead vocalist, main rapper, main dancer, and center; Eunji is the main vocalist and face of the group. Also, Naeun is lead dancer, vocalist, center, rapper, and visual; Namjo is lead vocalist, lead dancer, and rapper; Hayoung is vocalist, rapper, and maknae of the girl group Apink. Also, you can listen to them on Spotify, YouTube, and YouTube Music. 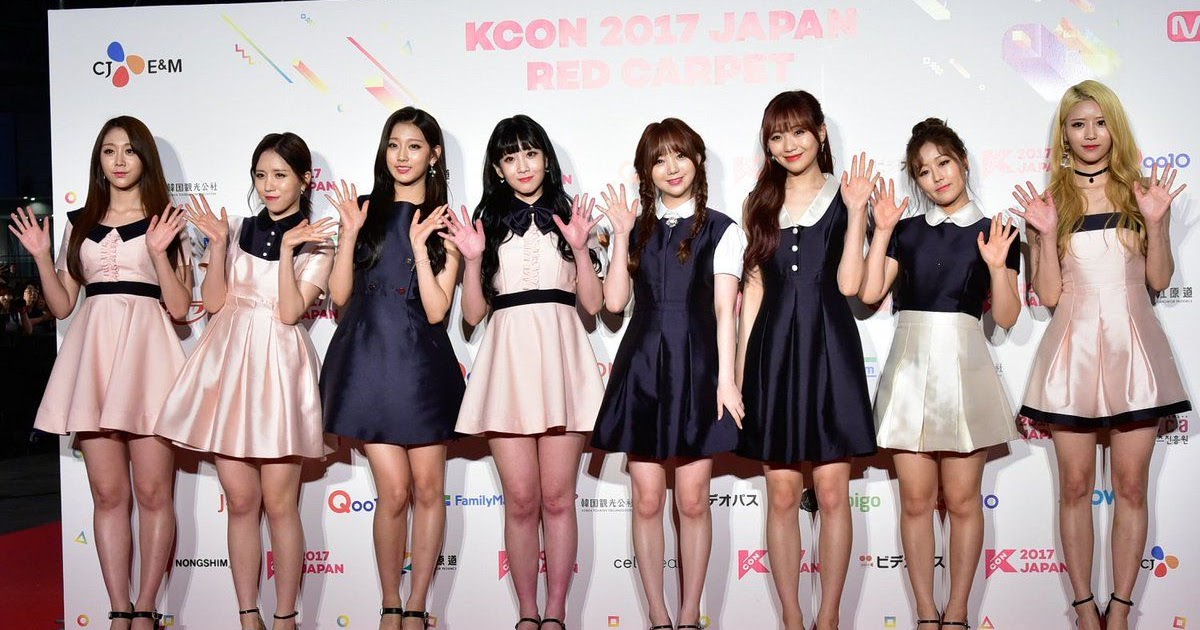 So, here is another girl group in the top fifteen. Lovelyz is Woollim Entertainment’s first girl group that debuted in 2014. The eight members debuted with their first album, Girls’ Invasion, and recently, they had a comeback with their seventh album EP (Extended Play) Unforgettable in 2020. Furthermore, Baby Soul is a leader, main vocalist, and rapper; Jiae is a vocalist, rapper, and visual; Jisoo is the main dancer, vocalist, and rapper; Mijoo is a main dancer and vocalist. Also, Kei is the main vocalist, lead dancer, and face of the group; Jin is the main vocalist; Sujeong is the lead vocalist; and Yein is the lead dancer, vocalist, and maknae of the group Lovelyz. Moreover, you can listen to their songs on Spotify, YouTube, and YouTube Music. 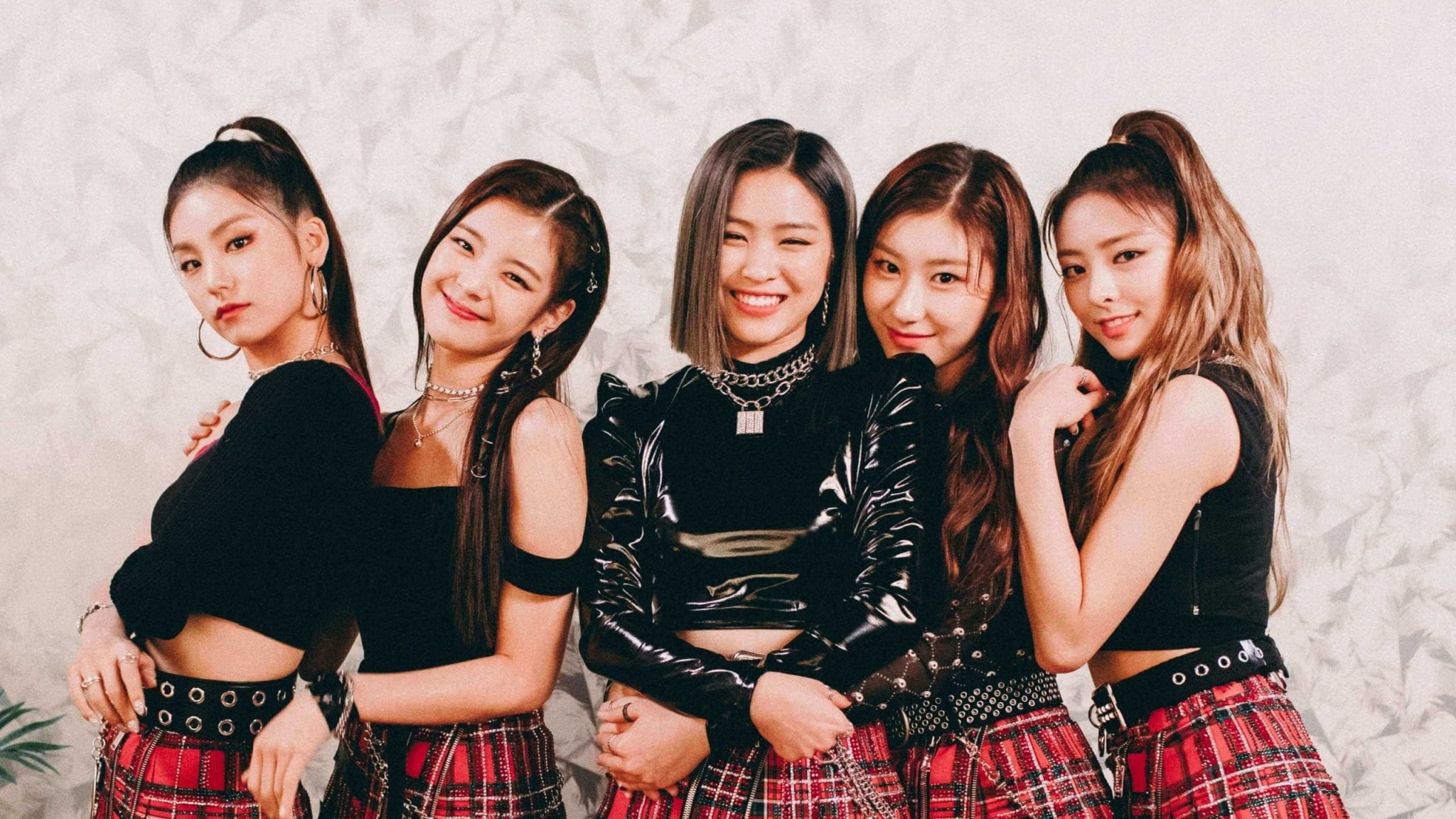 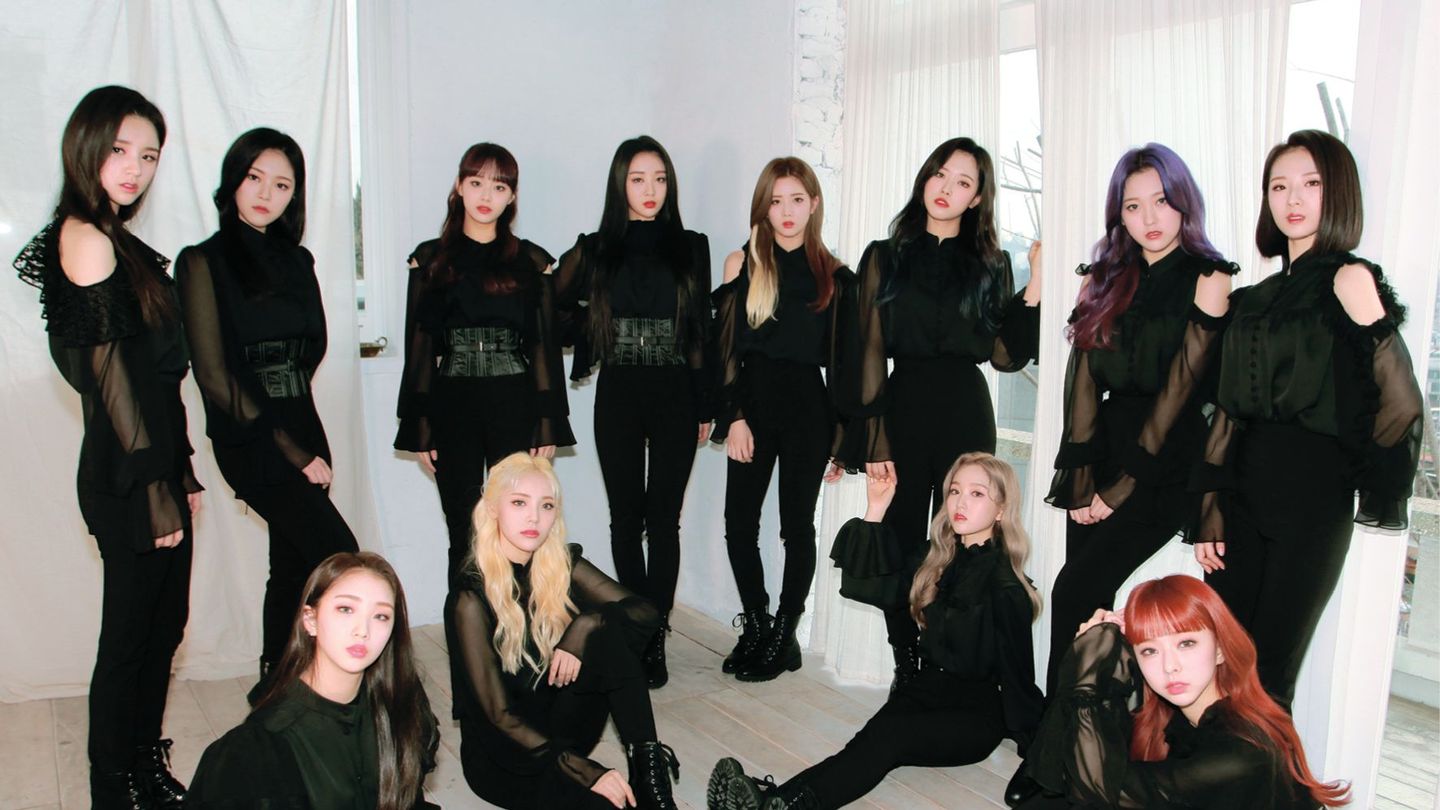 In the same way, Loona is hitting the top fifteen list since their debut. To add more, Loona is formed by Blockberry Creative with a total of twelve members. At first, they debuted with the extended play [++] (read as plus plus) with the title track Hi High. Afterward, they released their second album [X X] (read as multiply multiply), which also got a huge audience. Moreover, they appeared for the first time on KCON 2019 in Los Angeles. In early 2020, HaSeul, the leader of Loona has been diagnosed with ‘intermittent anxiety symptoms’; therefore, she has not made an appearance since then. However, this does not stop them from soaring to the heights of success. Loona has recently been on Billboard Mainstream Top 40, being the second K-pop girl group to get on the chart. Listen to their songs on Spotify, YouTube, and YouTube Music. 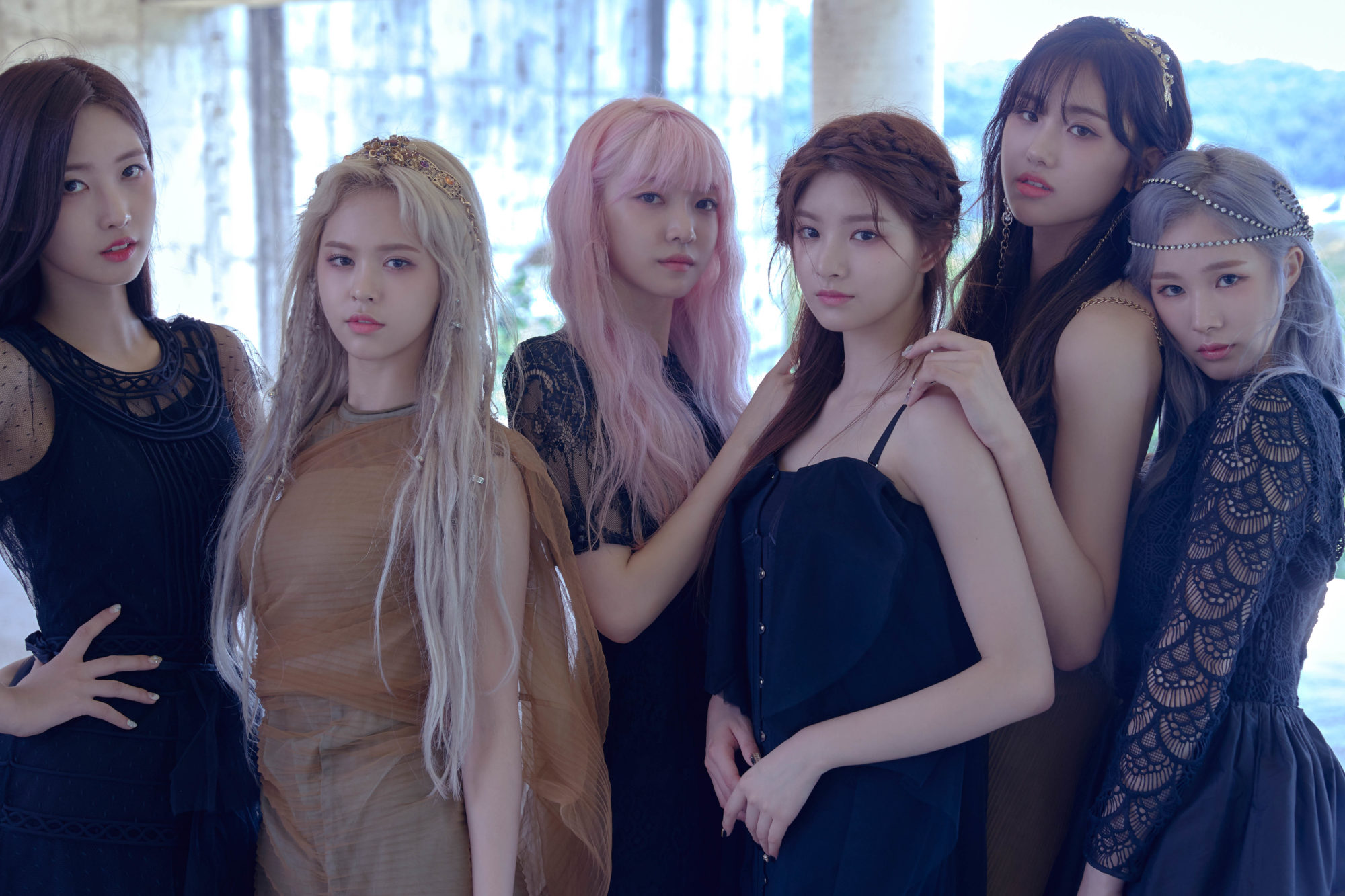 Again, another fresh group hitting the list of top fifteen. Everglow is a Yuehua Entertainment’s group which first debuted in 2019 with the single album Arrival of Everglow. This six members group is getting popular worldwide since its debut. At first, Everglow had great success, and the series of successes would have continued. But due to coronavirus outbreak, all five scheduled concerts in the United States got canceled. Yet Everglow is glowing on, and the fans are loving their songs. Try out their songs on Spotify, YouTube, and YouTube Music. 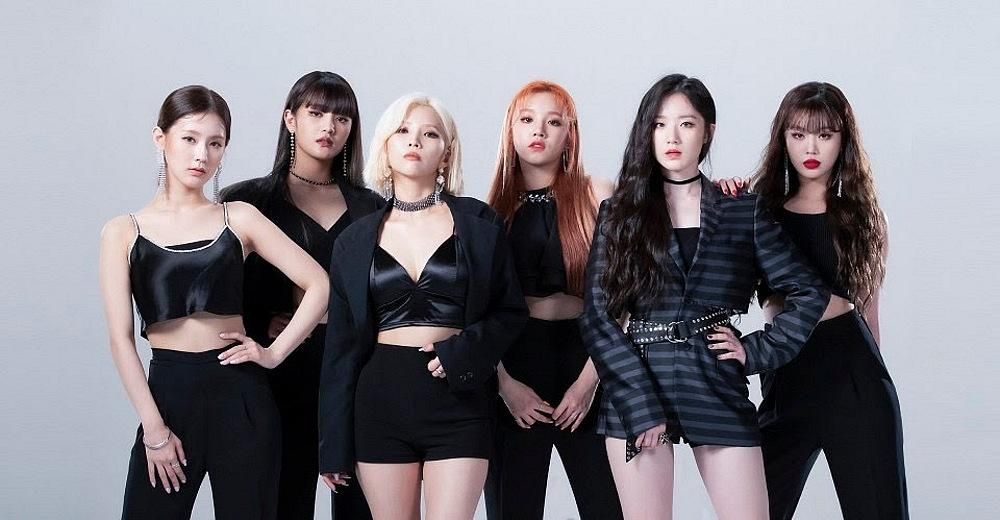 And the list continues with one more new girl group. (G)I-DLE is formed by Cube Entertainment with a total of six members. The group first debuted in 2018 with the EP I Am. Later on, as they released new songs and albums, they became more popular. Now, they are one of the successful groups in South Korea. Currently, the group is of six members- Miyeon, Minnie, Soojin, Soyeon, Yuqi, and Shuhua. Listen (G)I-DLE on Spotify, YouTube, and YouTube Music. 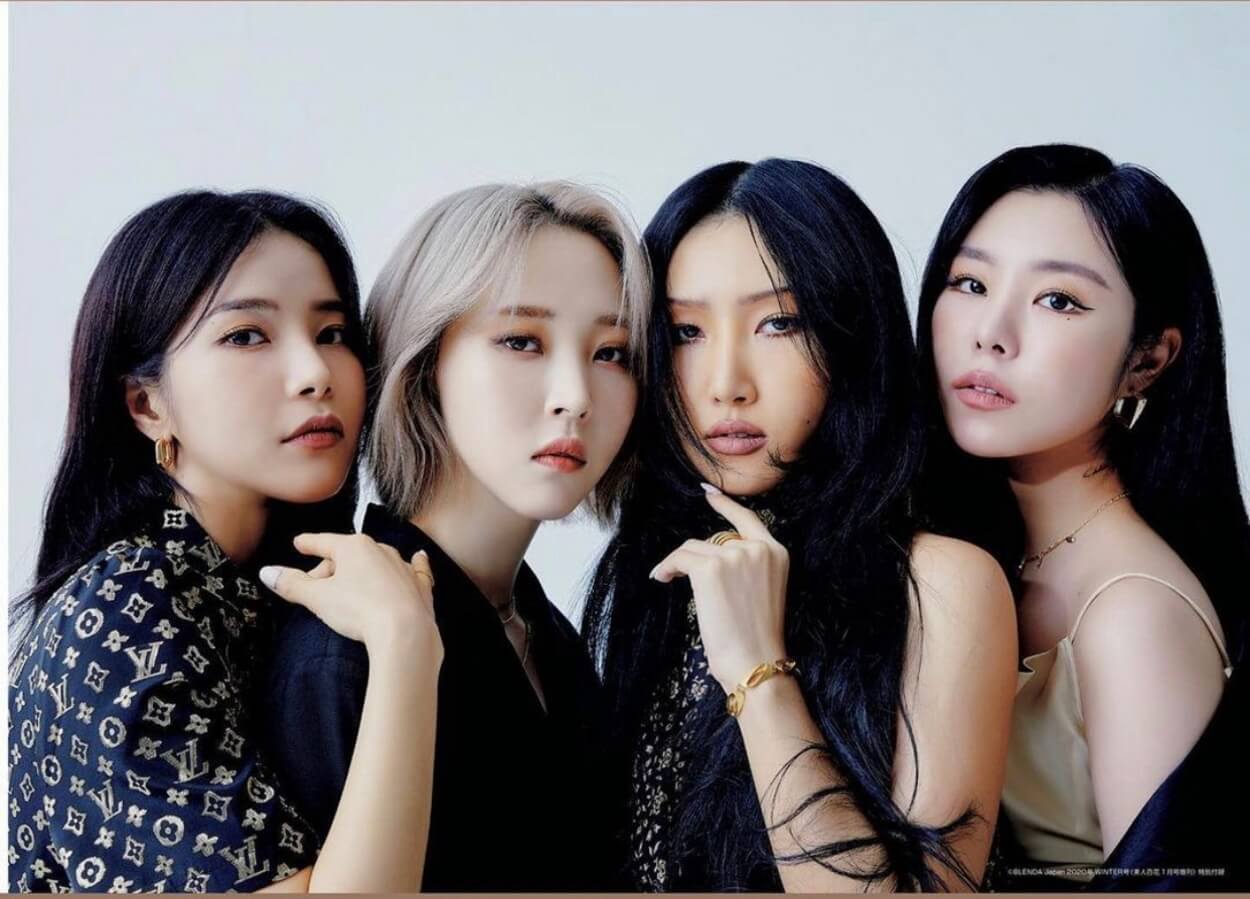 It is no more wonder that Mamamoo is hitting the top 5 spots on the most popular list. Ever since the debut of RBW’s four members girl group, Mamamoo is considered to be one of the best debuts of the year 2014. They have a unique identity of their own in the K-pop World and are known for their jazz, retro, and R&B concepts. Mamamoo first debuted in 2014 with the single Mr. Ambiguous. They have collaborated with many well-known artists in their early period, making them one of the countable K-pop Girl Groups. As for the members of Mamamoo, Solar is the leader and vocalist; Moonbyul is the rapper; Wheein is the vocalist; and Hwasa is the vocalist, rapper, and maknae of the group. Listen to them on Spotify, YouTube, and YouTube Music. 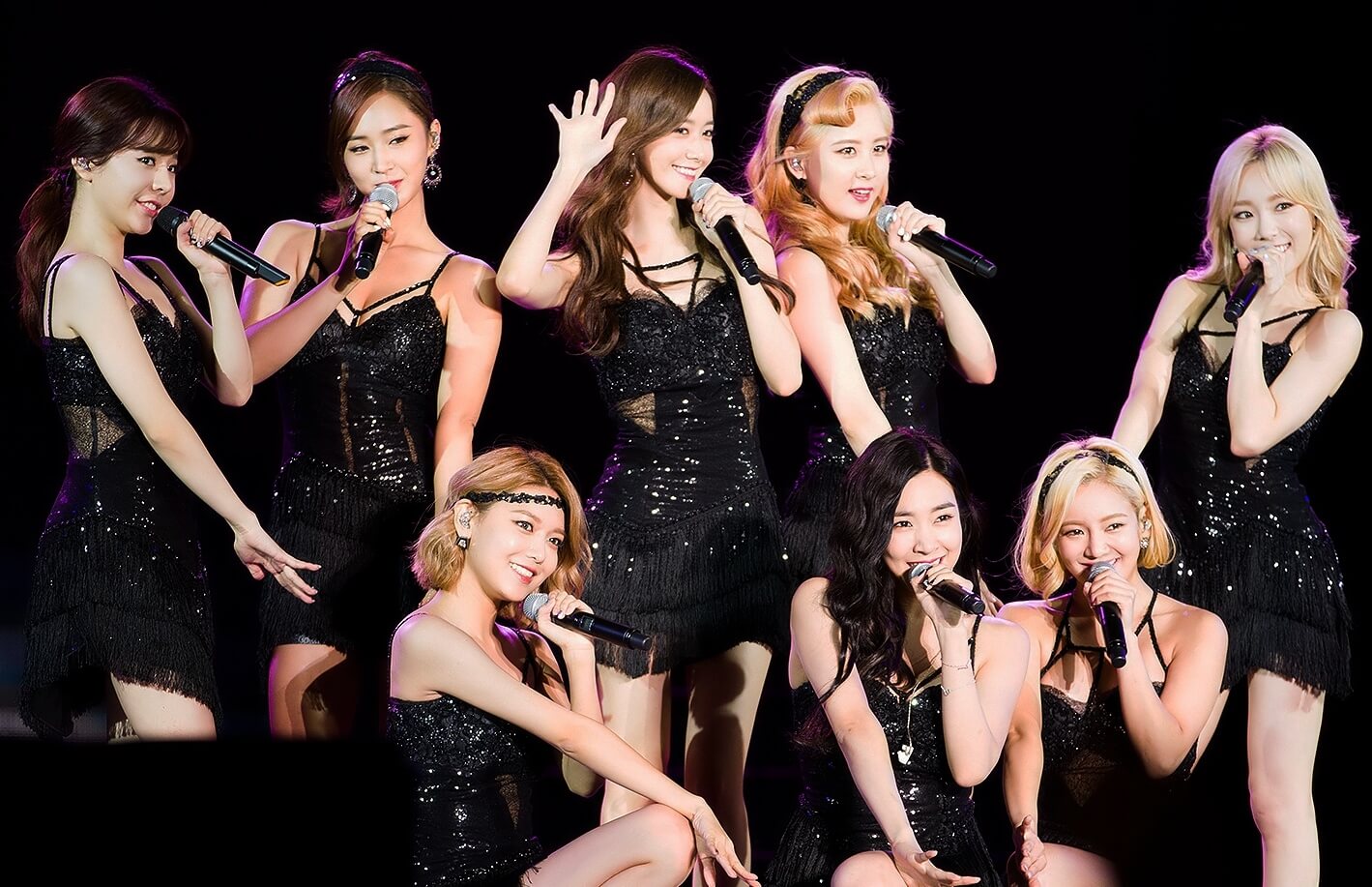 Similarly, another girl group is hitting the top five spots. Girls’ Generation, also known as SNSD is formed by SM Entertainment in 2014. No wonder they are known by their nickname as ‘The Nation’s Girl Group’ in South Korea and is one of the most popular K-pop girl groups worldwide. Taeyeon, Sunny, Tiffany, Hyoyeon, Yuri, Sooyoung, Yoona, and Seohyun are the eight members of the group. Also, Girls’ Generation’s sub-units like Oh!GG is also popular for its songs. Listen to Girls’ Generation’s songs on Spotify, YouTube, and YouTube Music. 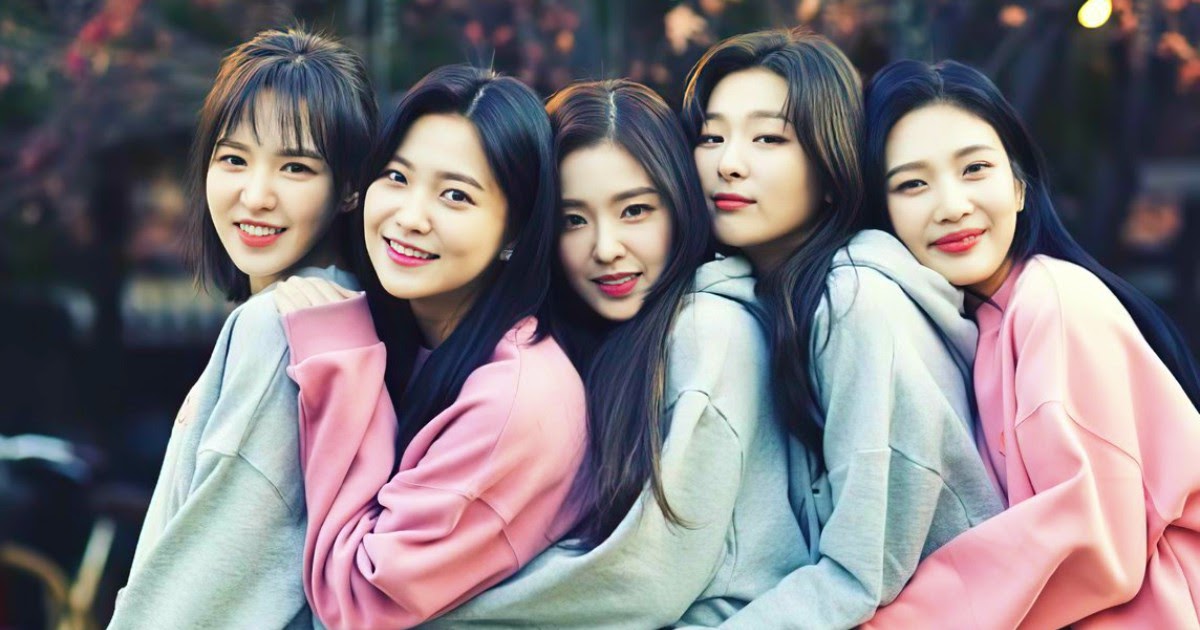 Another SM Entertainment group is popular worldwide and also known for their songs in the top three. Red Velvet first debuted in 2014 with the digital single Happiness with four members. Later, Yeri joined the group in 2015 and debuted with the four members for Ice Cream Cake. Red Velvet is among the most successful and streamed artists of K-pop. As for the members of Red Velvet, Irene is the leader, sub vocalist, main rapper, lead dancer, visual, and center; Seulgi is the main dancer and lead vocalist; Wendy is the main vocalist; Joy is the lead rapper and sub vocalist; and Yeri is the sub vocalist, sub rapper, and the maknae of the group. Listen to Red Velvet on Spotify, YouTube, and YouTube Music. 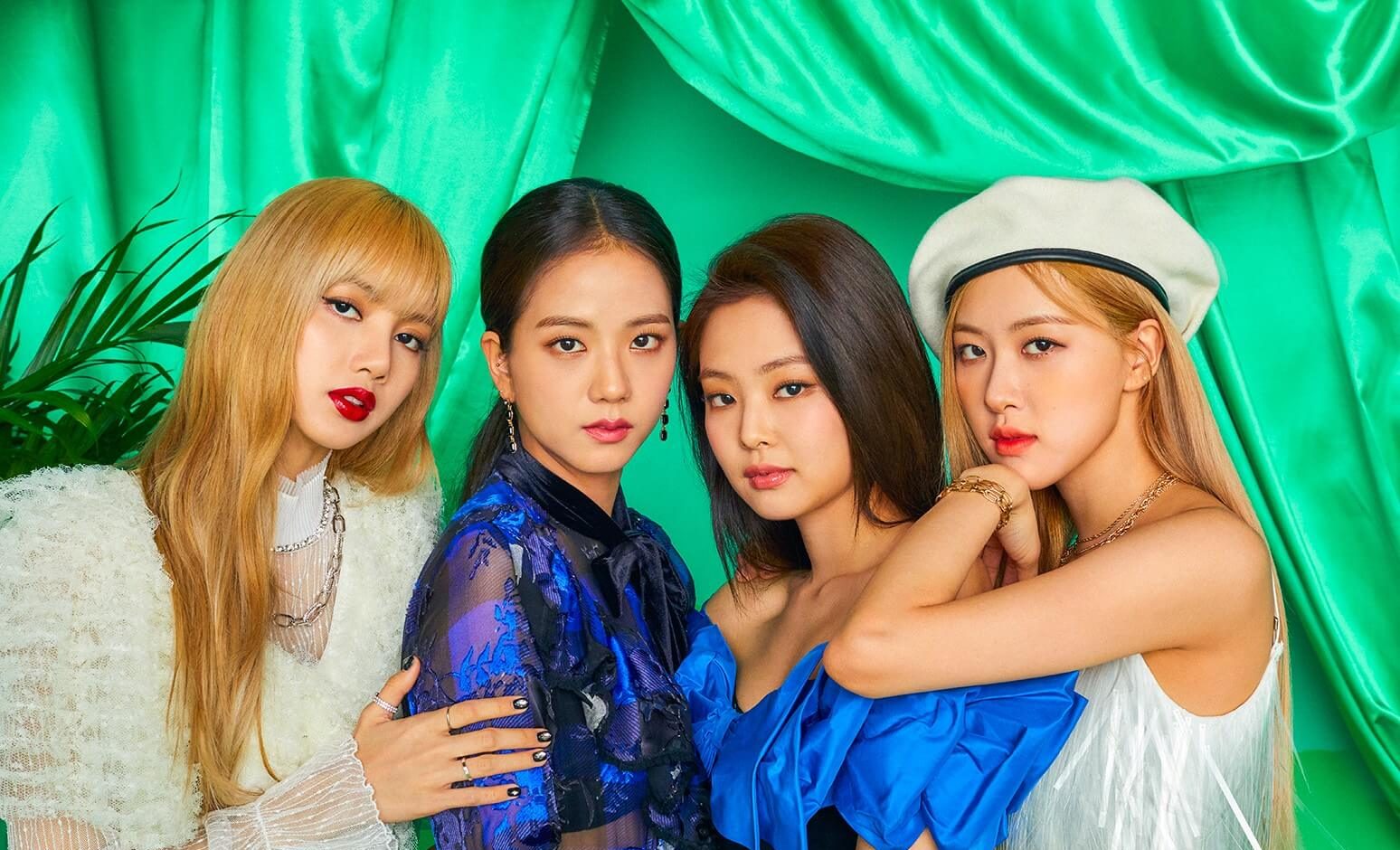 In short, Blackpink is among the top K-pop groups which are leading the world. Besides, it is a four-member group formed by YG Entertainment in 2016. They first debuted with their single album Square One in 2016 and hit the Billboard World Digital Sales Charts. Afterward, they were constantly seen on the Billboard Top 100 and Billboard Top 200 charts. Furthermore, their popular songs Ddu-Du Ddu-Du, Kill This Love, and How You Like That are among the most viewed songs on YouTube. Also, stand among the most streamed artists on Spotify. 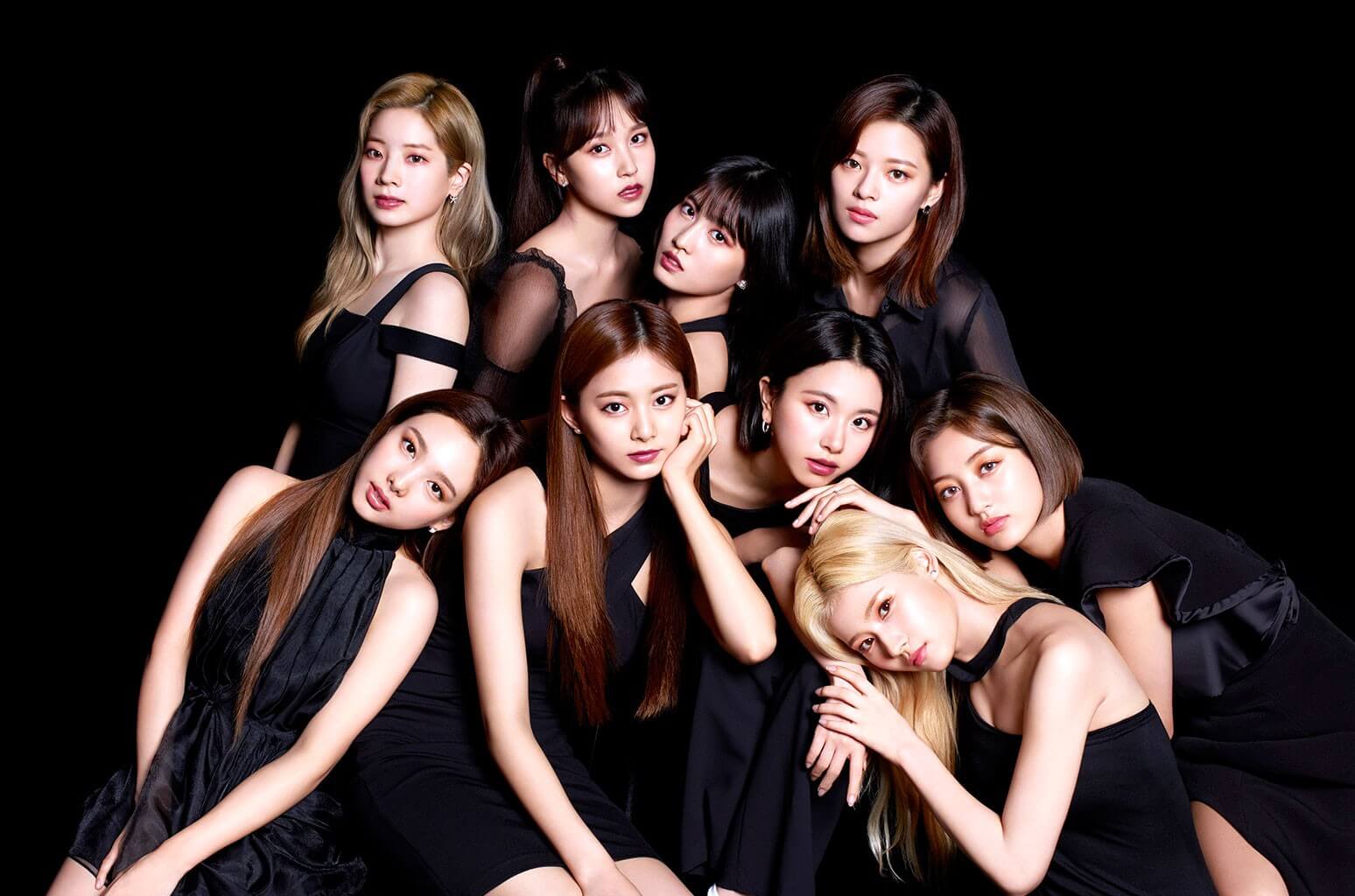 Here comes the one who hails the first spot in the top fifteen most popular K-pop girl groups’ list. However, this is no wonder that Twice is still number one. This group which is formed by JYP Entertainment first debuted in October 2015 with the Extended Play (EP) The Story Begins. But, Twice got recognized after the release of their single Cheer Up in 2016. Now, Twice has got recognition internationally, becoming the first female Korean to consecutively top the Billboard World Albums and World Digital Song Sales charts. Moreover, this group is of nine members- Nayeon, Jeongyeon, Momo, Sana, Jihyo, Mina, Dahyun, Chaeyoung, and Tzuyu; you can listen to their songs on Spotify, YouTube, and YouTube Music.