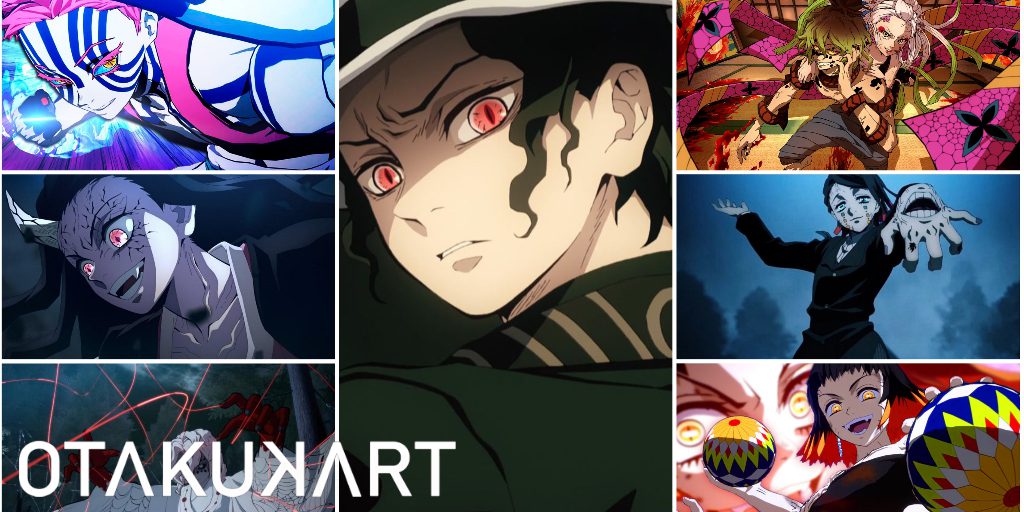 But, the reasons that make them choose to become a demon is what makes them one of the strongest demons in Demon Slayer. Yes, we all despised most of these demons in the beginning, but once we got to know what they’ve been through, we can’t seem to hate them anymore.

So, this time we are going to talk about the demons in Demon Slayer on the basis of their strengths. But, only the demons that made their appearance till season 02. After all, we don’t want to spoil anything for you. So, the manga readers who know about demons stronger than the mentioned demons in this list, don’t say a word for our fellow anime watchers. Let’s just rank the Top 10 Strongest Demons in Demon Slayer till Season 02.

We don’t even need to discuss who’ll take the first place on this list. The creator and father of all the demons, Kibutsuji Muzan is clearly the strongest of all demons in Demon Slayer. Till Season 2, we have not even seen the true powers of Muzan, but we have seen enough to know he is the strongest demon. This Demon King is thousands of years old. And by the rules of the Anime universe, the older the character, the more deadly he is.

Muzan is feared not only among the humans but also among the demons. Demon King Muzan doesn’t even need to be in front of a demon to kill him. He placed curses inside all his demons so that if any one of them even dared to speak of him, they won’t live to see another day. Oh, wait, demons can’t even stand in daylight anyway. 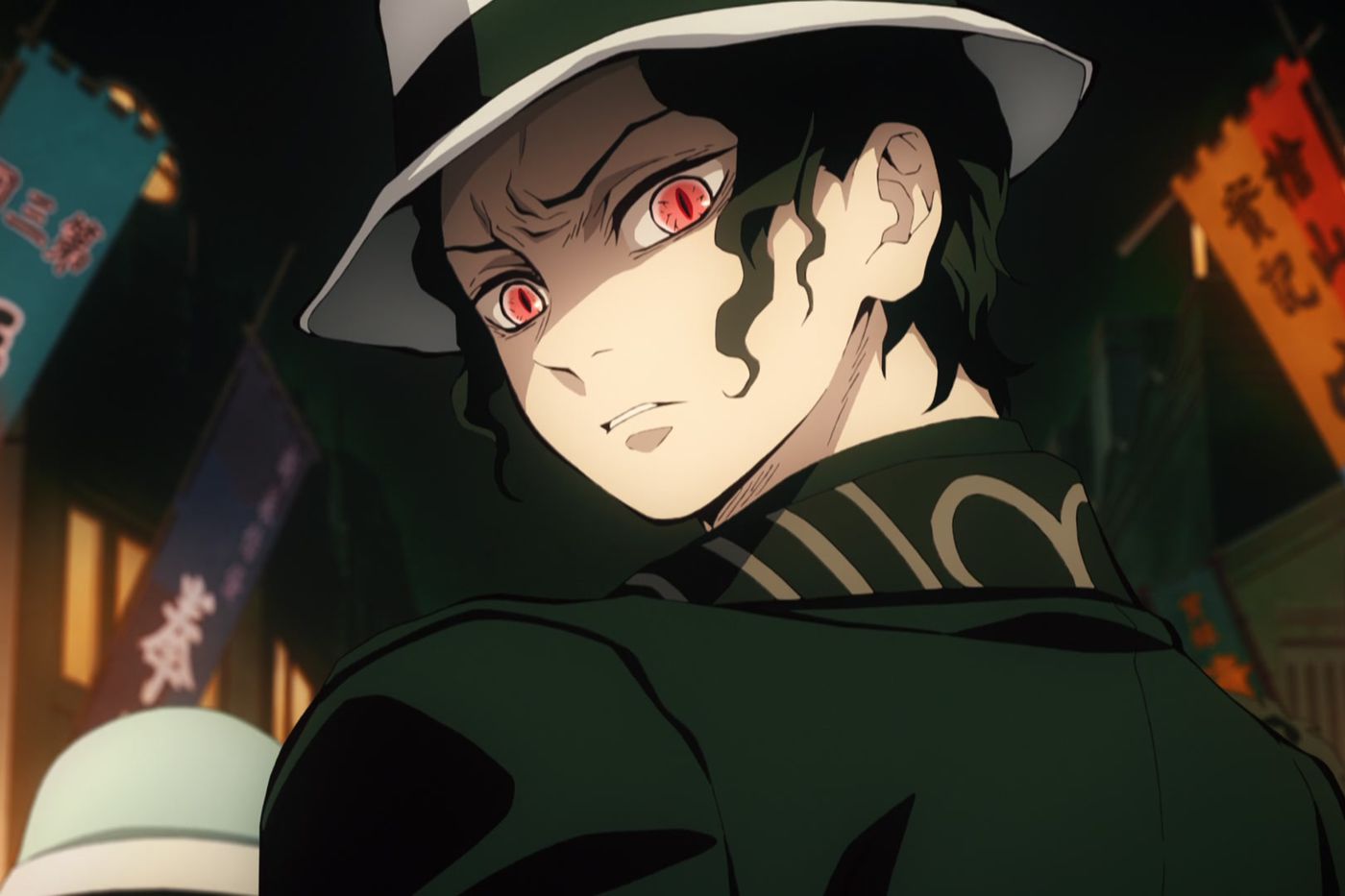 For all those who say pink-haired characters in anime are always useless, this pink-haired demon is going to prove otherwise. Also, those who think that Akaza and Kyojuro Rengoku were equals, but Kyojuro lost because he was human, think again. Akaza only acknowledged the strength of the flame hashira. He despises weaklings but respects the strong ones. Just because he acknowledged Kyojuro’s strength, doesn’t mean they were equals. Akaza only wanted Kyojuro to join him as a demon, and that was the only reason he kept Kyojuro alive for that long. 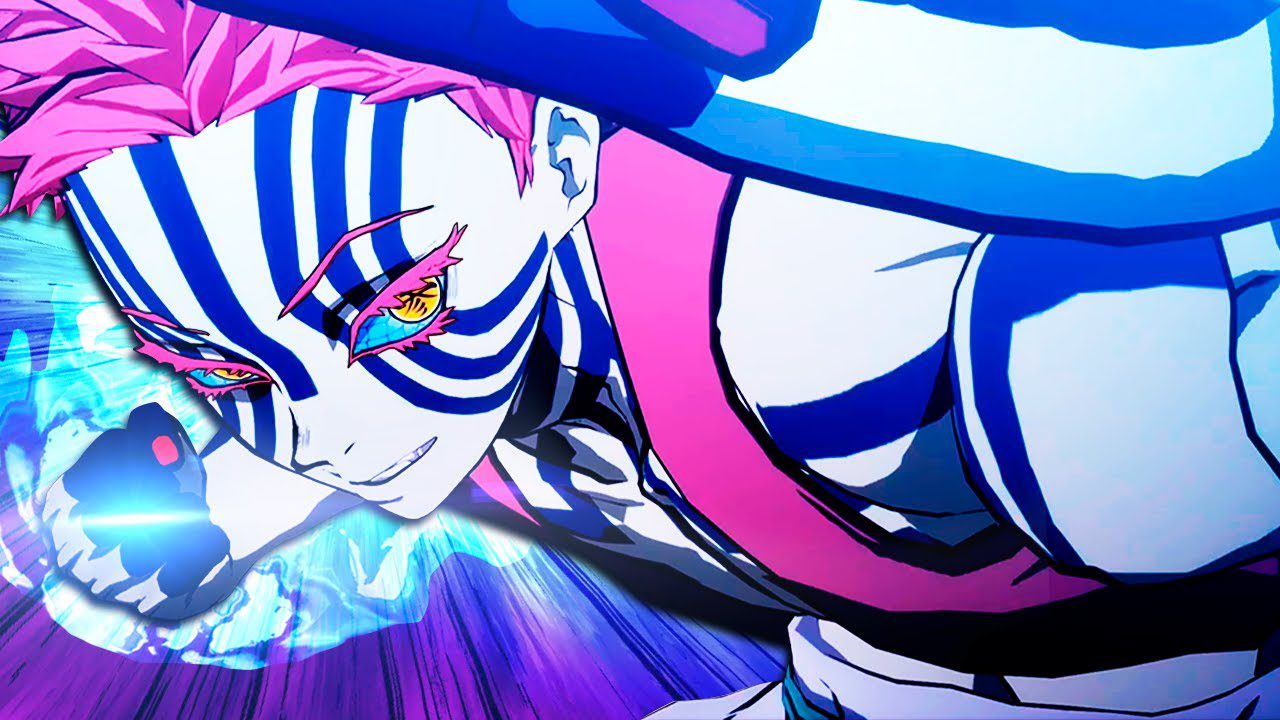 The entire story of Akaza has not been revealed yet. But, it’s not hard to believe that something worse must have happened while he was human, which made him the demon he is now. The law of anime says, the worse the past, the stronger the villain one becomes.

After watching the Entertainment District Arc, it will be only fair if we keep these two demons together. None of us has the power and wish to separate them, even on this list. We know the big brother, Gyutaro has always protected the little sister, Daki, but they are nothing without each other. By ‘Nothing’ we don’t mean their strength. Their existence makes sense only when they are together. Even their deaths made sense because they were together. 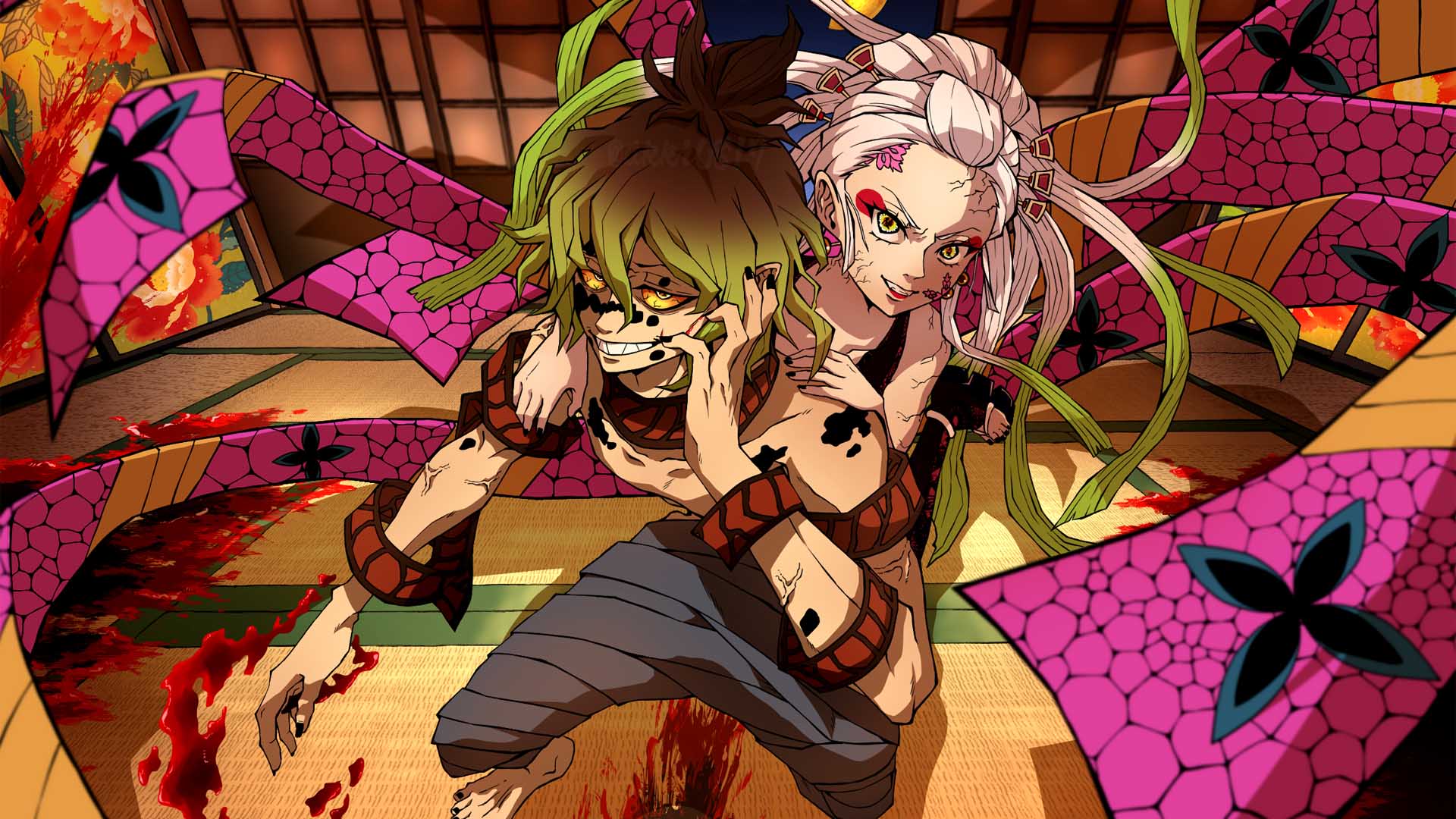 The kind of human lives they spend was a good enough reason for them to be that strong. It took a Hashira, the trio of Tanjiro, Inosuke, and Zenitsu, along with Nezuko to defeat these two siblings. None of them would have stood a chance if they came alone against these two.

Nezuko had to be on this list. The only demon who does not feed on humans yet she not only survived fighting the moon demons but also made them taste the dust. She has the power of cuteness that alone makes her one of the strongest demons in Demon Slayer. Her cuteness apart, she is capable of taking down a moon demon on her own, which we saw in the battle between her and Daki. It was like Nezuko was playing with Daki. Not going to lie, that  Nezuko was a bit scary. Not just her brute strength, but also her blood art. If she can damage a demon badly, then she can also heal a dying human with her pink flames. 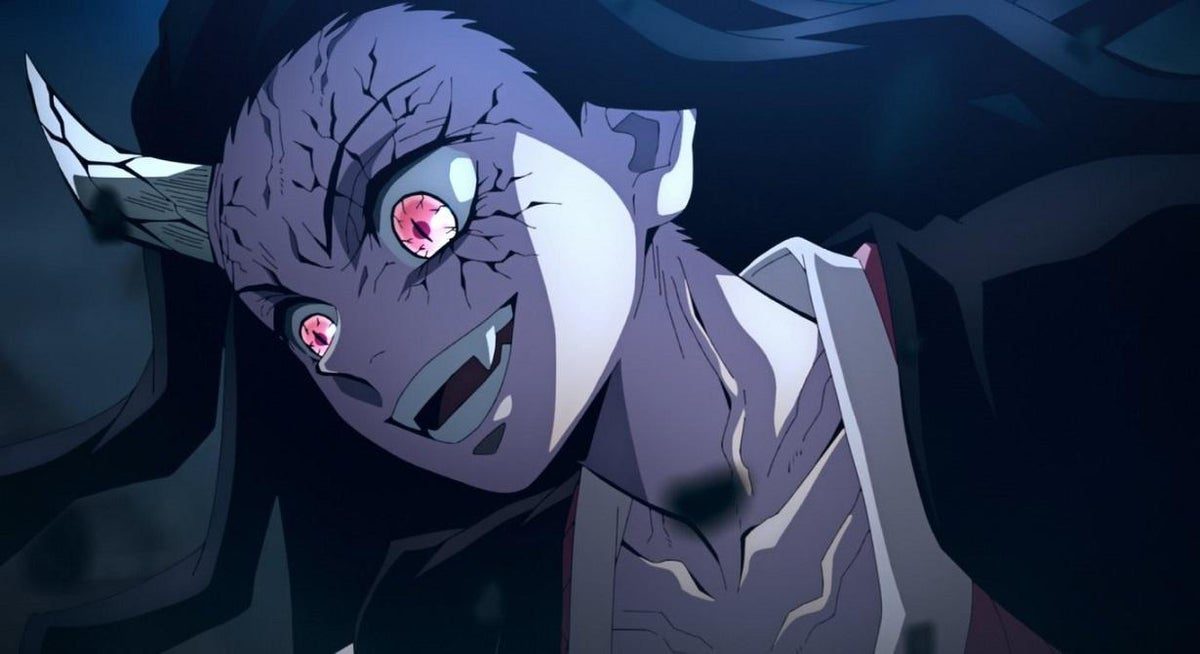 Sure, a sad past makes one a strong character. But, for Nezuko, the will to protect her brother is what makes her one of the strongest. After all,  her brother, Tanjiro is the last and only family member she got. And Tanjiro is the only one who is keeping her sane even after becoming a demon.

Enmu was definitely one of the strongest demons in demon slayer. It’s just that Akaza came in the end and stole his thunder. Enmu was doing great, and he could have defeated all of them on his own. It’s just the law of anime that defines that the power of friendship and teamwork is stronger than even the strongest villain ever. Enmu had them all under his hypnosis and it was all over for them anyway. But, the wind was and always will be with the good ones so he couldn’t finish them off there. Other than that his reflexes were good enough to dodge every attack from Tanjiro on the train. And when he transformed himself entirely into the train, Tanjiro would have killed himself if Inosuke had not interfered.

So, yes, the power of friendship won against this Lower Moon One Demon. 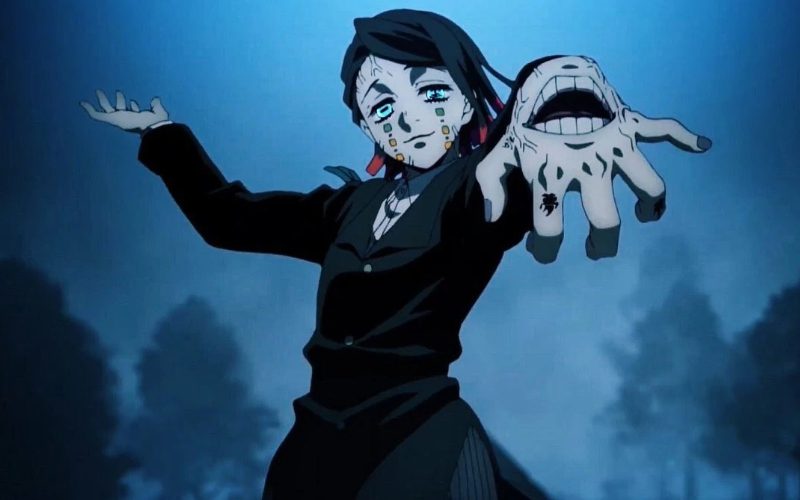 We know that Muzan can create demons with his blood. But, other than him, the only one to create his own spider family by turning humans and demons into his own spider demons was Rui. A lower moon demon may not be stronger against a Hashira, as we saw Giyu ending Rui with just one swoop. But, if Giyu would not make it there in time, then it would have been the end for Tanjiro. Just when we started to think that Tanjiro sliced his head off, it was Rui who severed his own head to protect himself from getting killed. Who does a crazy thing like that? And that crazy move is one of the reasons why Rui is on this list. 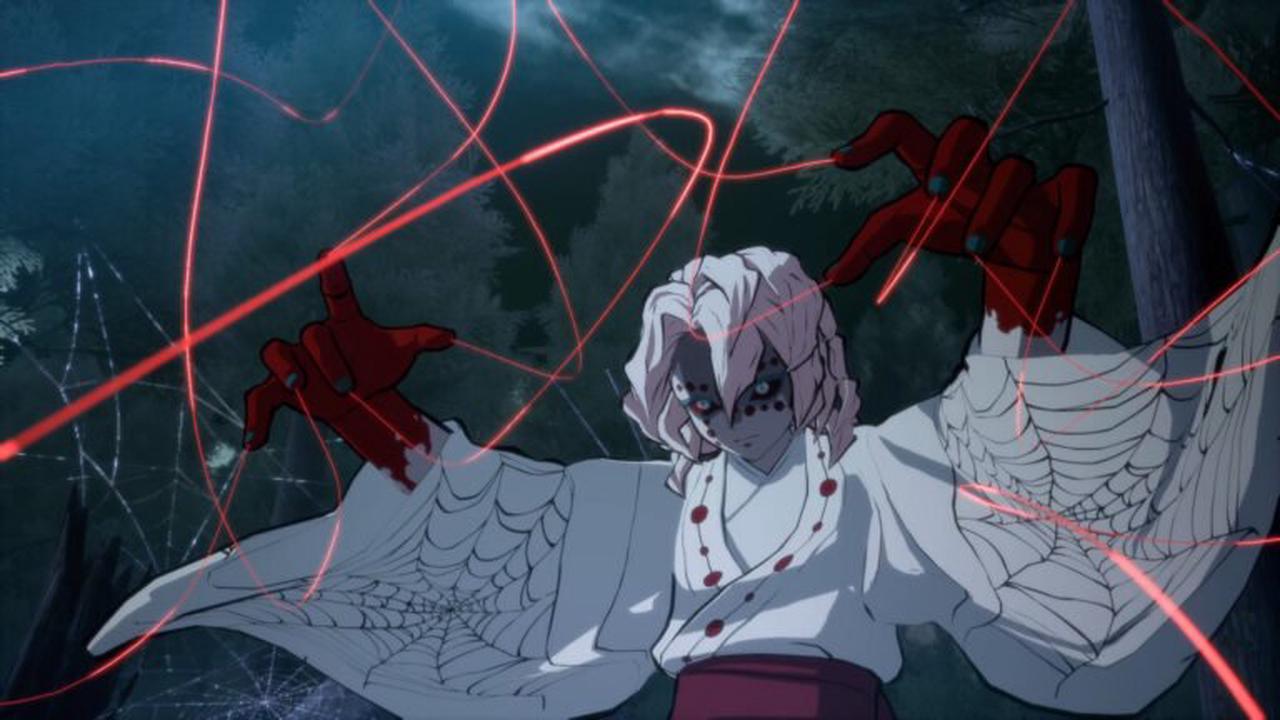 You can’t join Muzan’s twelve kizuki if you don’t believe that you are strong enough. And Susamaru sure was a strong demon. When she was human she loved playing handball, and now that she’s a demon, she loves killing with her handball. No matter who you become, passion never changes after all. Her brute strength was enough to demolish the targeted limbs of the body. We saw what happened to Tamayo, Yushiro, and Nezuko when they were hit by Susamaru’s Temari balls. 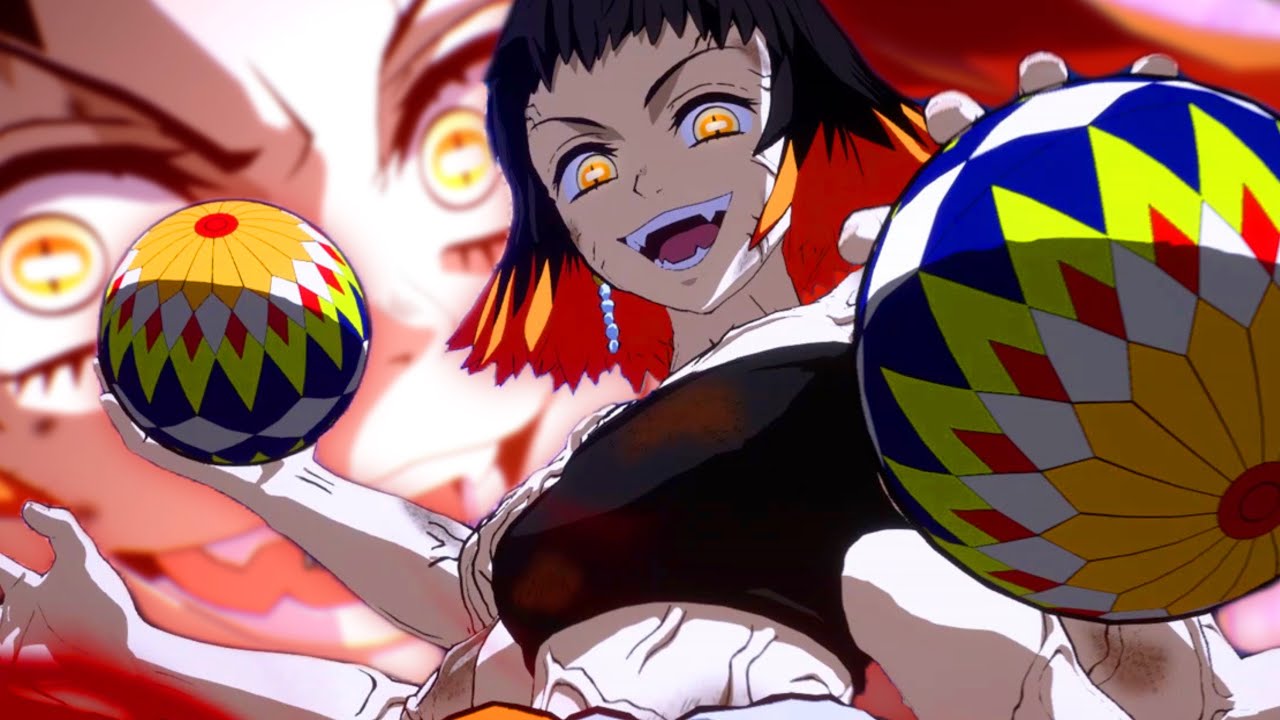 Sometimes, staying quiet save your life. If only Susamaru chose to keep quiet instead of trying to defend Muzan’s honor, she might have defeated Nezuko while Tanjiro was busy surviving against Yahaba. We are going to talk about Yahaba next with whom her powers only got stronger.

What Yahaba’s Koketsu Arrow did in the Asakusa Arc, doesn’t even need any explanation. In the beginning, along with Susamaru’s abilities, it was deadly enough that Tanjiro couldn’t even understand what was going on. And later on, even when Tanjiro managed to slice Yahaba’s head off, Yahaba gave Tanjiro a parting gift by putting his Koketsu Arrows on Tanjiro in all directions. Any normal human would have ended up dying in mid-air. It was a miracle that Tanjiro survived that. Or maybe it was the plot that required Tanjiro alive that’s why it was just not the end for him. 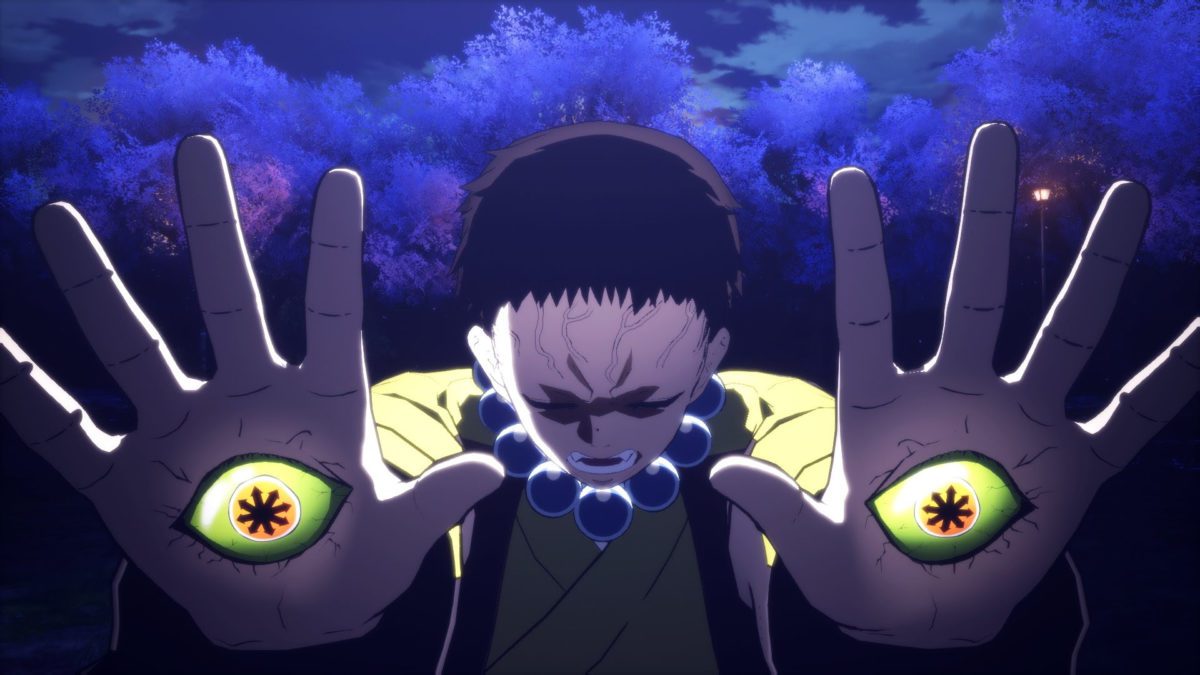 Kyogai, the drum demon was the former Lower Moon Six Demon. A lot of you would question his position on this list. Why is he below Susamaru and Yahaba? They were not even Moon demons, but Kyogai was. Even though Kyogai was a strong demon as he was the former lower moon six and also feeds only on Mareechi, which makes him stronger than others. It’s his powers than bring him so down on this list. His blood art was only limited inside that house. If he were to fight against the demon slayers outside that house, it would have shown why Susamaru and Yahaba had the upper hand in comparison to Kyogai. But that doesn’t mean he is a weak demon. All he wanted was acknowledgment for the hard work he did while he was a human.

If Tanjiro would not have respected the pages lying on the floor, there was no way he would have gotten the chance to make the strong demon weak. 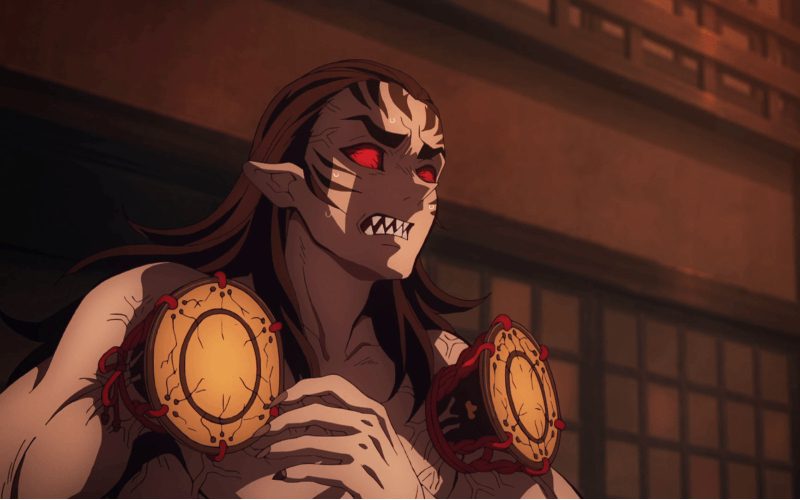 This demon is without hesitation one of the strongest demons in Demon Slayer. Even though he was just a mere creation of  Rui, he still gave a hard time to both Tanjiro and Inosuke. He made them both run for their lives. The Nichirin blades were supposed to kill the demons. But, the fact that the Nichirin blade of a skillful demon slayer like Tanjiro could not even cut through Father Spider Demon’s hard body is what brought him here on this list. 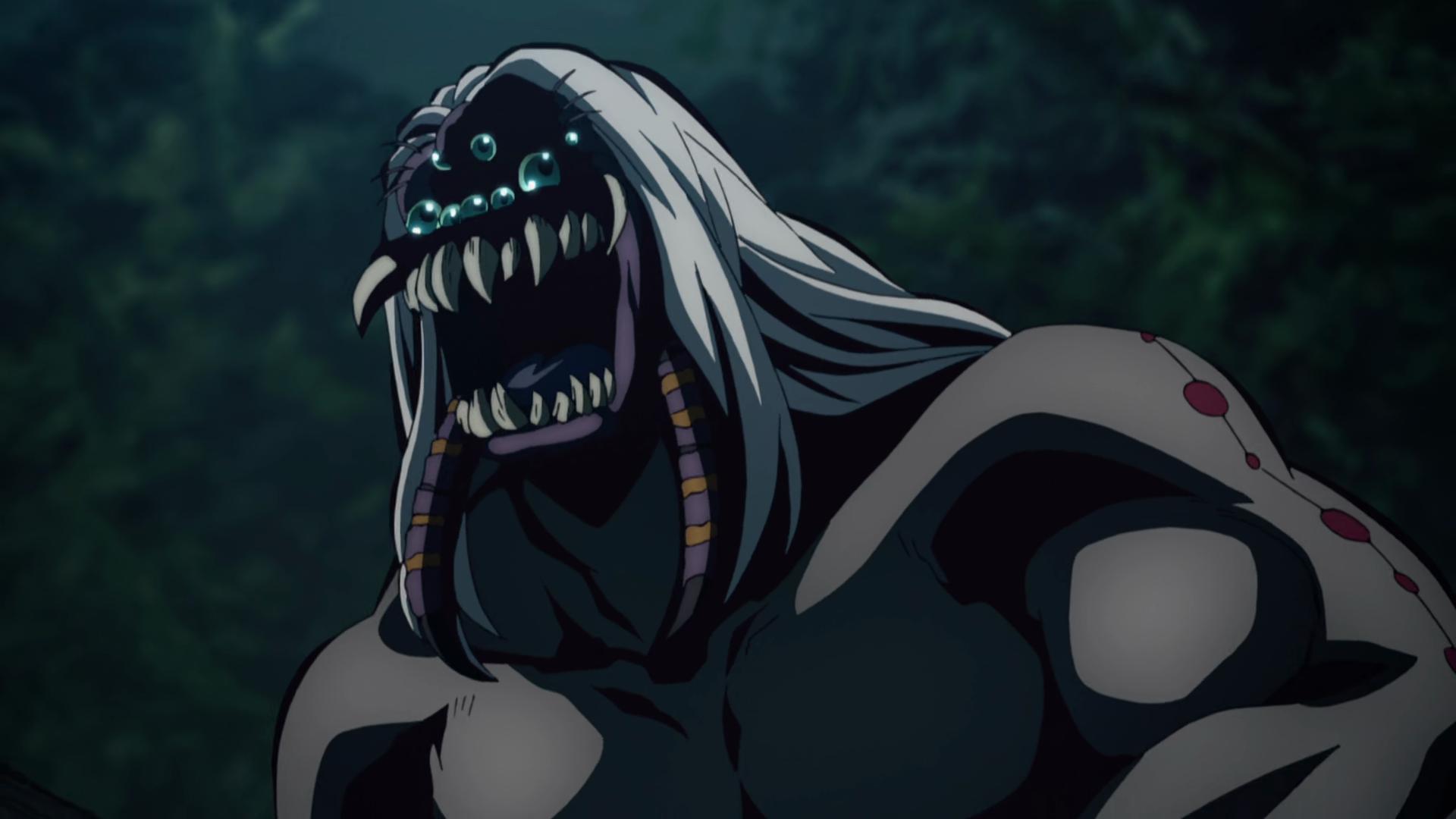